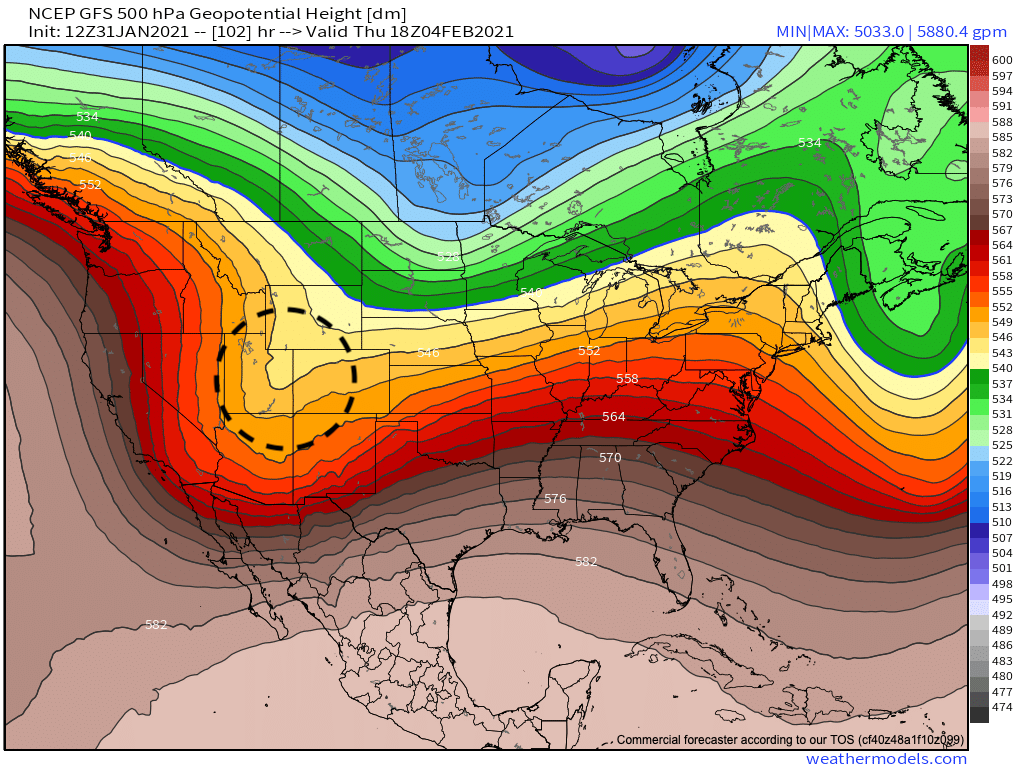 In recent weeks we've tracked what appeared to be one of the better signals for a snowstorm across Northeast Colorado than what we've seen from previous events this snow season. The snow remains on track, but how much we'll see is in question. Cold air by the weekend appears to be less of a question. It will be much colder, especially as compared to the warmth we'll see over the next days.

Two chances of snow are in the forecast for the coming week, as well as what looks like a rather pronounced shot of arctic air set to settle in for next weekend. The first round of rain/snow arrives Wednesday evening through Thursday, with the next chance of snow coming Friday night into Saturday behind a strong arctic cold front.

Models differ on which day will provide the best chance of accumulating snow for the Front Range and urban corridor, but guidance continues to suggest we'll have at least some snow on the ground by the time the week is over.

The week ahead
Before we see any snow, we have a pretty healthy stretch of mild weather headed our way for the first half of the week. Highs will be in the 40s and 50s this afternoon but will warm into the 50s and 60s in the coming days. Wednesday looks like the warmest day of the week ahead of the first system, where highs are forecast to top out in the middle 60s along the Front Range and Eastern Plains!

Not surprisingly, this is thanks to a large ridge that will be overhead for the coming days. Ahead of that ridge, what's shaping up to be a significant snowstorm for the mid-Atlantic and Northeast U.S., where snowfall totals over one foot expected to fall around the New York City area Monday and Monday night.

Here's a look at potential snowfall totals for that region through Tuesday:

And for Colorado through the same period:

By Wednesday evening we see that ridge breaking down, with the first of our potential weather makers to push snow into the Northern and Central Mountains, and perhaps some rain and snow across the Plains.

And finally, by the weekend, a large trough delivering ample cold air to the Northern High Plains, with perhaps a significant cold shot for Eastern Colorado as well, depending on what model (and run) you are to believe.

Here is the latest temperature anomaly forecast by the GEFS for next Saturday – it has the coldest east of our area at this time, where the European model is a bit further west (and thus has more snow along the front Friday night into Saturday).

In short – a warm start to the week and a cold and perhaps snowy finish, but LOTS of uncertainty around how the end of the week snowfall will pan out.

Late week snow chances
While there are plenty of large-scale similarities between the GFS and European models for how things will play out Wednesday night through Saturday night. They continue to differ significantly on the details. This is true when comparing different models and even within the same model between updates.

The GFS has more emphasis on snowfall potential for the region Wednesday night and Thursday. In contrast, the latest European model essentially has none – delivering all its accumulating snow with the arctic front Friday night and Saturday.

The GFS has a reinforcing cold shot as well to start the weekend, but much less snow – only a brief period of snow across the northern Front Range and Plains, with very little making it south and west into Denver.

Comparing the 500mb patterns of the GFS (left) and European (right) for both Thursday morning and Friday night shows the differences that need to resolve.

For Wednesday night and Thursday, we see the latest GFS with a much more consolidated look to it than the Euro. The GFS digs a nice trough into the Great Basin, dropping it southeast over Colorado during the day Thursday. The European splits the flow a bit more, with some energy ending up very far south and a lot missing us far to our northeast, giving little in the way of moisture to eastern Colorado Wednesday night/Thursday.

For Friday night and Saturday, we almost see the opposite. The Euro (right) is much deeper/further west with the wave, while the GFS is very progressive in its pattern. With that, the Euro is much snowier (and colder) for us to start the weekend, and the GFS just clips us – mostly with cold.

So – a LOT to figure out in terms of snowfall potential.

Our gamblers show reasonable chances for accumulating snow this week. The Euro probabilities look similar, but each places the greatest probabilities on the different events.

Which storm might perform for us? The devil is in the details.

Could we miss both? Absolutely. Easy enough to see the GFS follow the Euro on Thursday's outlook (it has been following a lot recently), and the Euro being overdone with snow along the weekend front. But, we aren't letting modeling get in the way of tracking, at least some, snowfall at this time.

We will keep our eyes on those models, our Gamblers, and the analogs. We'll have updates all week on the cold and snow, and see how things progress as we jump into the work week.

Here are some articles we've published recently, too: