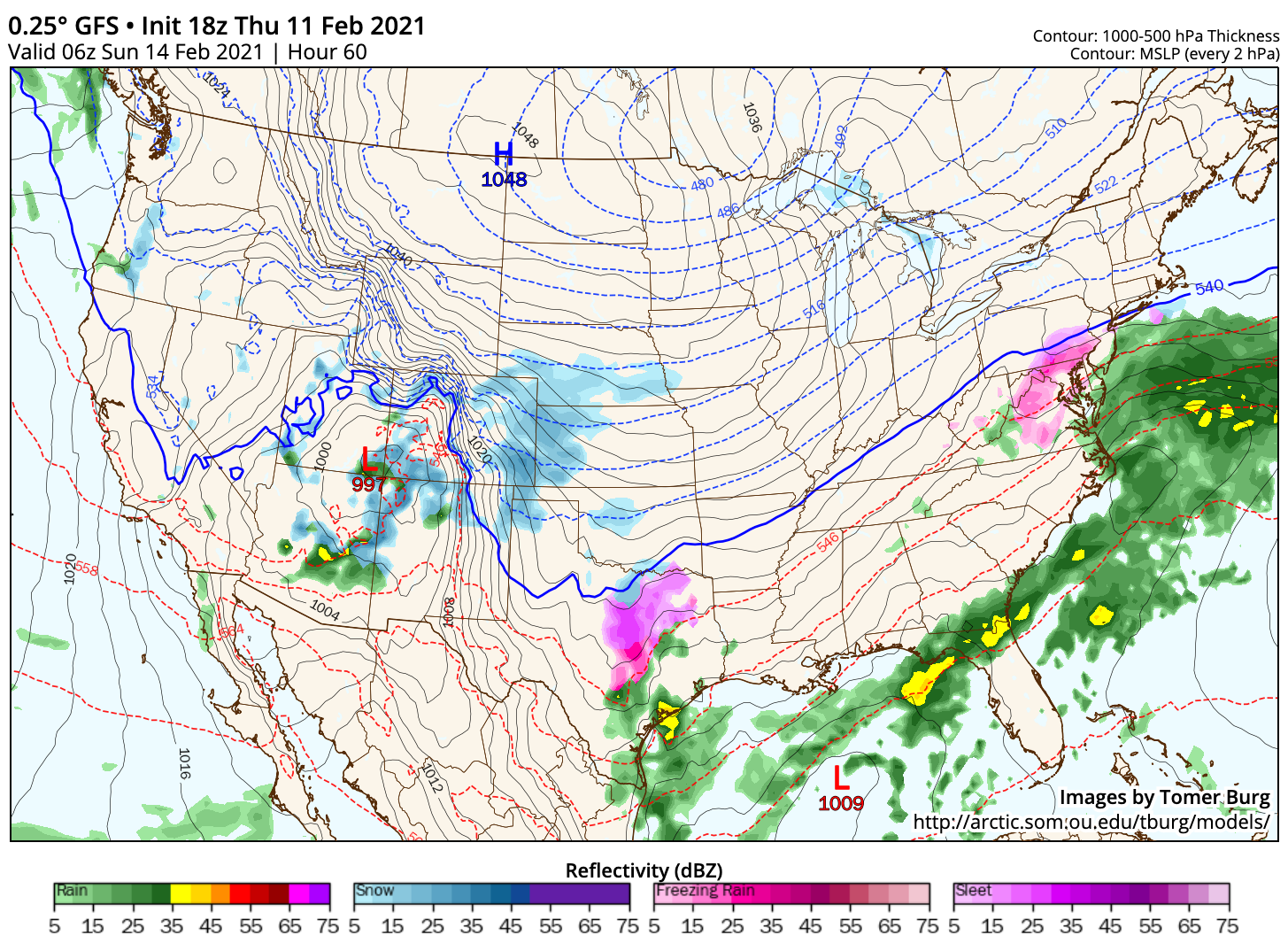 There's not a whole lot to add tonight to what we've been discussing for some time now. The next four days are set to be quite cold across the region, with plentiful clouds, fog, and at times snow to accompany that cold.

Across the far eastern plains a Wind Chill Advisory is already posted for tonight and Friday, where wind chills may drop as low as 20°F below zero at times. Expect more such warnings and advisories across all of Eastern Colorado in the days ahead.

For Denver the latest hourly temperature planner is as follows:

Look for lows Saturday night to approach 0°F in the city, with a decent chance we'll drop below zero should some of the colder solutions verify. By Sunday night we're almost certain to drop below zero as thing look right now.

The European model for its part is nearly certain we'll drop below zero in Denver both Sunday morning and Monday morning. And that's not even factoring the the feels like temperature which will be WELL below that for most of the weekend across Northeast Colorado.

Here are probabilities for daily minimum temperatures to be below zero on Sunday:

So, bundle up. It'll be fun to track just how cold we go in the coming days as there's still a wide range of possibilities, even if all of them are cold.

Snow
As we discussed last night, the best chance for accumulating snow for most of Eastern Colorado will come Saturday evening overnight into Sunday.

We'll see snow showers off and on before then, especially across northern Colorado on Friday, but for the most part they aren't expected to amount to much.

Below is a look at the latest HRRR modeled snowfall through Friday night. Even with higher ratios than this, you can see not much snow is expected to accumulate east of the hills. Instead, off and on flurries, fog, clouds, and an otherwise raw Friday is on tap for the region.

It's later in the day Saturday that we'll open our best window to get some snow along with all the cold around here. Models remain pretty bullish on QPF, we remain cautiously optimistic they are right, but expect some correction downward in the next day or so for some locations at least.

Nonetheless, here's the hourly planner. About a 40% chance we'll see some light snow around tomorrow, but the better shot wait for Saturday night:

It's tough to say how much we'll see, but with snowfall ratios through the roof at times it's easy to see a scenario where many of us end up with several inches of fluff by Sunday afternoon.

If we look at modeled QPF by the European ensemble product, we see 0.2" to 0.3" pretty much across the board for Eastern Colorado through Sunday. At a probably too low ratio calculation of 15:1, that would equate to 3 - 5" across the board from this event. Even if ratios might be higher, QPF may very well be overdone, so this seems like a pretty reasonable broad-brush for totals across the area.

The snow will gradual come to an end during the day Sunday as all the action drops well south of our area – delivering a wintry wallop to Texas and Oklahoma Sunday night and Monday. Here's the latest GFS from Saturday morning through Sunday evening, showing the progression of snow from Northwest Colorado, out east across the Plains, and then dropping south by Sunday evening:

Of course we'll keep watching and pass along updates as needed. The long and the short of it is, it'll feel about as wintry as it gets around here for the next several days. The biggest question at this point is how much snow we'll manage east of the hills, but it looks like at least a couple inches of fluff to accompany the cold is on the table.