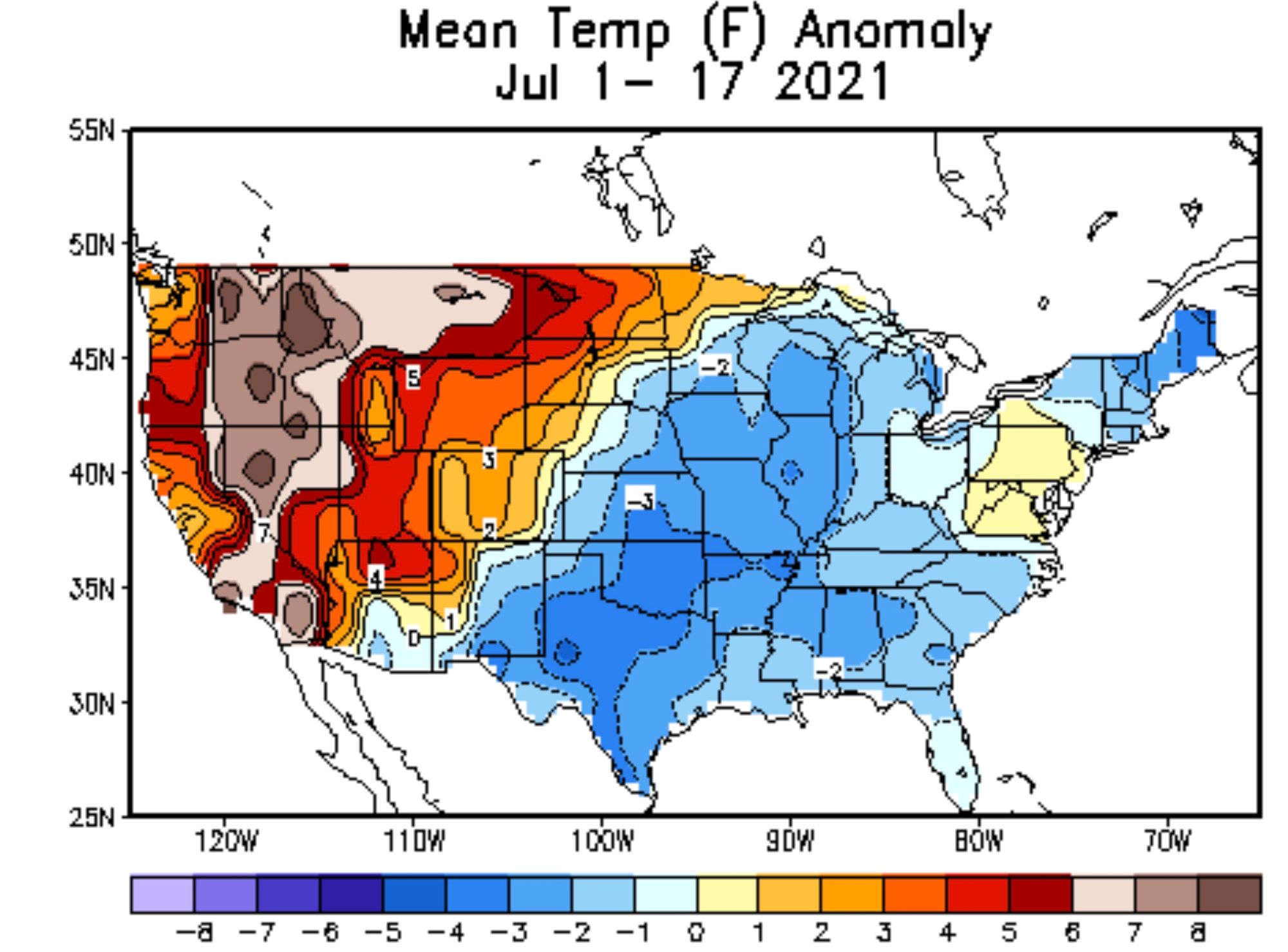 We've reached the point in the summer when we get back to back weeks where the SOTA ends up on a Monday. It's the time of year when the skies are clear of clouds (full of smoke), the air is dry, and all the temperatures are above average. Honey, could we ask for more?

Of course it hasn't been all bad news on the precipitation front, even if the last week was quite dry along the urban corridor. Regionally we've seen an uptick in monsoon activity, which has led to some good areas of above average precipitation for the Southwest which remains in the thick of severe drought.

While this hasn't translated to much in the way of widespread storm coverage across Northern Colorado, some areas of the state did see some beneficial moisture over the last week – as you can see in the map above.

Month to date has been warm and dry for the Denver area. We are running nearly an inch below average for precipitation with just 0.21" recorded so far at Denver International Airport. With a mean temperature of 75°F through the 17th we are sitting just about at average – only 0.4°F above the longterm mean for the period.

The east/west split for temperatures remains quite pronounced as it has for some time now. The Intermountain West continues to bake under record heat, while the Southern Plains and eastern two-thirds of the country have largely seen temperatures run below average for the month.

The outlook
The outlook will feature plenty of heat across the region. Temperatures are forecast to be in the low to mid 90s in Denver through at least Saturday:

At the same time, we could see several days in the next 10 feature better storm chances as well... though the probabilities shown below may be a bit optimistic, especially for those living further east of the foothills across the metro area.

As you can see, not terribly great support for beneficial rain in the outlook. The bigger hope could be that a bit more moisture would at the very least lead to more cloudy afternoons and help knock down temperatures.

If we look west of the Divide, Aspen in this case, the next 10 days we see better monsoonal moisture in place, and with that better storm chances. This of course is good news, as Western Colorado continues to suffer from severe drought conditions.

If we look closer to Colorado and at a higher resolution, we see through Friday afternoon most of the storm activity will remain across the western half of Colorado, with more spotty coverage to the east.

By the weekend we see perhaps a better push of moisture. This would equate to heavier rains across the high country, and perhaps a better chance of storms along the urban corridor as well. Here we see forecast precipitation totals by the Euro model through the middle of next week.