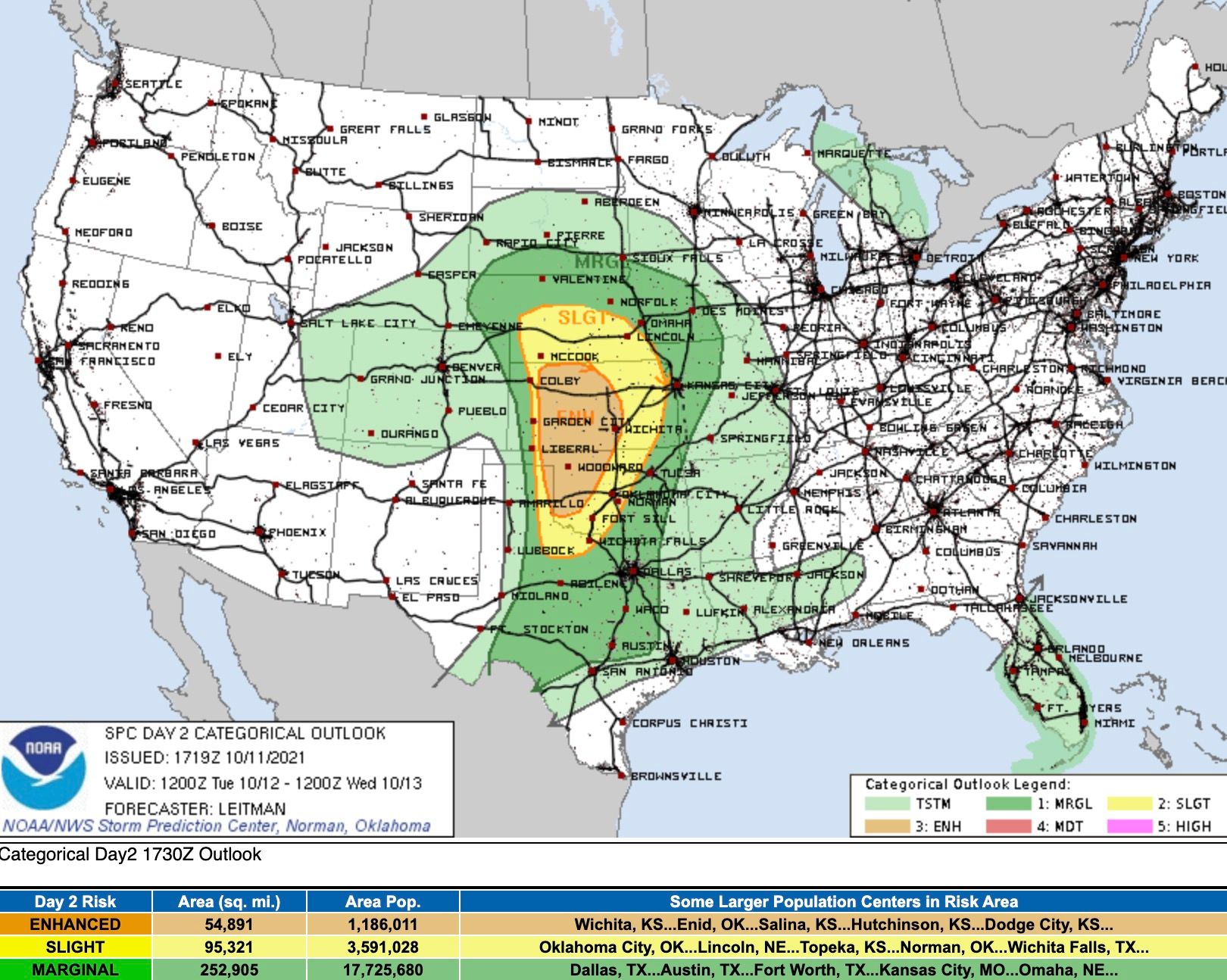 Monday PM update: Wind, rain, snow, who sees what when

We've talked quite a bit about the chilly weather on the way this week, with of course the reminder to move or protect plants you aren't ready to lose for the season just yet as well as hardening up those sprinkler lines for the winter. Tonight we'll take a look at the latest data on the snow and rain, and see when who might see what and when.

The main event, if you will, swings through the Great Basin tonight and then across Colorado on Tuesday. As it does, it'll eject pretty far northeast bringing more wind than anything else to the eastern plains of Colorado on Tuesday. With that, Red Flag and High Wind Warnings are out for much of Southeast Colorado, and while nothing is posted for the urban corridor, we do expect breezy conditions at times for the area along with those rain chances Tuesday.

Given the forecast track of the low, we don't expect a great setup for rain or snow along the urban corridor with this system, despite a pretty healthy looking cutoff low. Instead, most of the heaviest precipitation will be confined to the high country, with many areas placed under a Winter Weather Advisory from late tonight through Tuesday night.

Given the time of year, totals will vary greatly depending on elevation. Totals listed in the Advisories range from anywhere from 2 to 10", with folks northeast of Steamboat likely to make out pretty well by early Wednesday. The 24 snowfall forecast ending early Wednesday shows most mountain locations will see (in most cases) their first measurable snow of the season:

For precipitation ending the same time, we again see a pretty good hole across the plains, with the best moisture expected across the mountains, and then again well east of the urban corridor where severe storms are likely to be spawned across portions of Oklahoma, Kansas, and Nebraska.

So, for the metro area we see that chance of showers jump up to about 3o to 40% Tuesday afternoon, but if the European is correct even that may be pushing it. Very dry air punches off the higher terrain as the lobe of energy approaches, so any showers that do develop near Denver likely won't have much to work with... It's quite possible we'll be dealing with more wind than anything else, but one can hope!

Thursday and Friday
The Denver area may actually see a better chance for rain and snow late in the week as another system races through the region on the heels of tomorrow's system. This one looks much less impressive at 500mb, but with cold air in place may end up being a bit better of a setup for the urban corridor and Palmer Divide to see the first snow of the season. We'll see.

Using the same forecast model as above, and this time ending Friday morning, we see accumulating snow in the forecast for the foothills and Palmer Divide, with even a trace to 1" or so for the Denver metro area.  The Palmer Divide could do a bit better, but even with the cool air in place we aren't talking bitter cold, so much of what we see here would be confined to grassy/raised surfaces and subject to melting. That means that while the Friday morning commute will likely involve wet roads, with icy roads likely being confined to the higher elevations to the west.

Nothing too crazy... but signs of life on the snowfall gamblers tonight, so you'll definitely want to keep an eye on the forecast as we head through the week! Did any of you pick October 14th or 15th for Denver's first measurable snow?

We'll watch for any surprises tomorrow, and of course keep an eye on our late-week system, passing along updates as needed. Most models agree that once we get through Friday things quiet down a bit, with a nice ridge showing up by the weekend on the Euro!