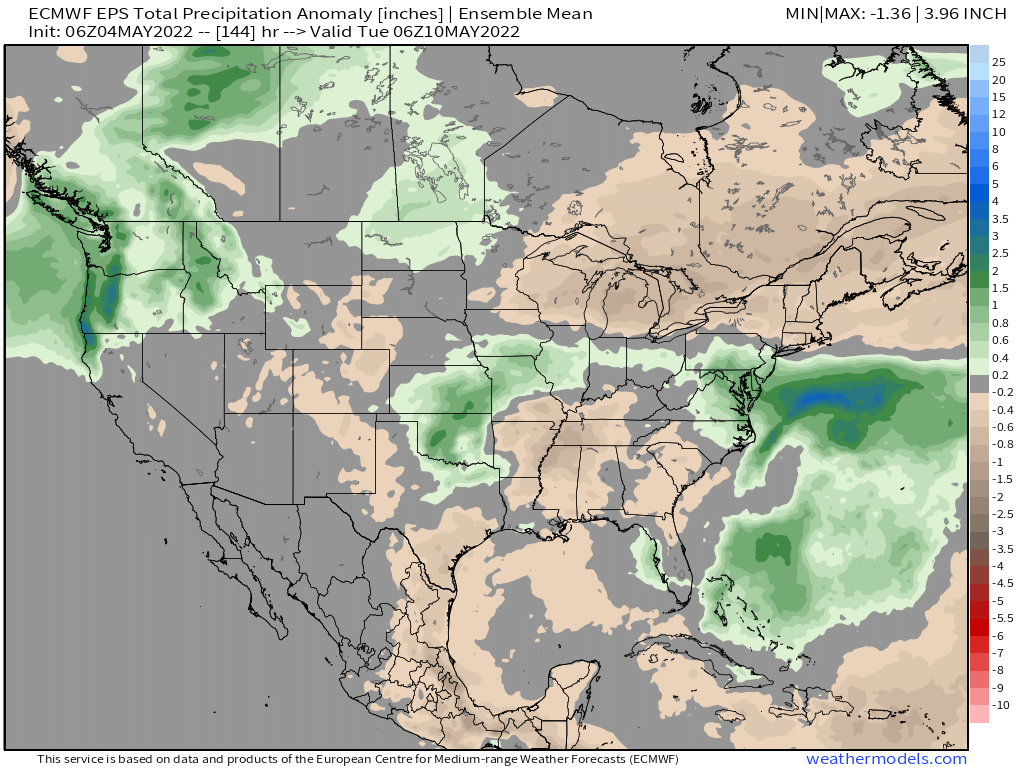 May is Denver's wettest month of the year, on average, and after a near-record dry April we are off to a great start, at least across Northeast Colorado.

Here's a map showing May precipitation totals through this morning. More rain is falling on the Front Range and urban corridor this morning, so we will add to these totals in many places today and tonight.

As we discussed heading into the month, the pattern has obviously favored northern Colorado, with drought-stricken southern Colorado remaining quite dry over the last few days, with some hope we see better storm coverage further south today.

The wet weather will stick to the Denver area today, before we dry out and warm up a bit on Thursday. Highs will top out around 50F today in Denver, but climb back to near 70F on Thursday, and perhaps the 80F mark on Friday!

As for how much additional precipitation we can expect through Thursday morning, the following is the HRRR forecast which should give a good idea of what to expect. Pretty good rain (and snow) in the forecast for the northern Front Range mountains today, with southern I-25 and portions of the southeast plains expected to see some beneficial rainfall (we hope) today.

With relatively chilly air in place, snow will be likely for the highest peaks northwest of Denver, as well as perhaps some mixing (or even light accumulation) possible across the Palmer Divide between Denver and Colorado Springs this afternoon and evening, similar to what many of you saw on Monday.

The water we are seeing this week isn't coming a moment too soon as we REALLY dried out in April. The latest Drought Monitor shows most of Eastern Colorado under the Severe Drought classification.

After the active period of snowy weather we saw to begin the calendar year, April came in snow-free for the first time since 2002! April is Denver's second snowiest month on average, and after the good start to the year this was certainly a shock to the system. Drought over the last 4 weeks has not surprisingly worsened considerably for the greater Denver area, degrading 1 to 2 classifications since March.

While we'll warm up and dry out a bit to end the week, the active pattern here to start May continues across the CONUS. This means the threat for severe weather will be present almost each and every day across the central U.S., but may not equate to continued widespread wet weather specifically for our area.

In fact, the system moving into the Great Basin early next week may equate to more wind and high fire danger for much of the state vs precipitation should its current track hold. East of us would be where the greatest storm chances would occur, and again, many of those would run the risk of becoming severe.

The latest Euro ensemble precipitation mean through May 10th shows this idea — drying out for us (especially vs the last few days), with frequent storms across the central plains.