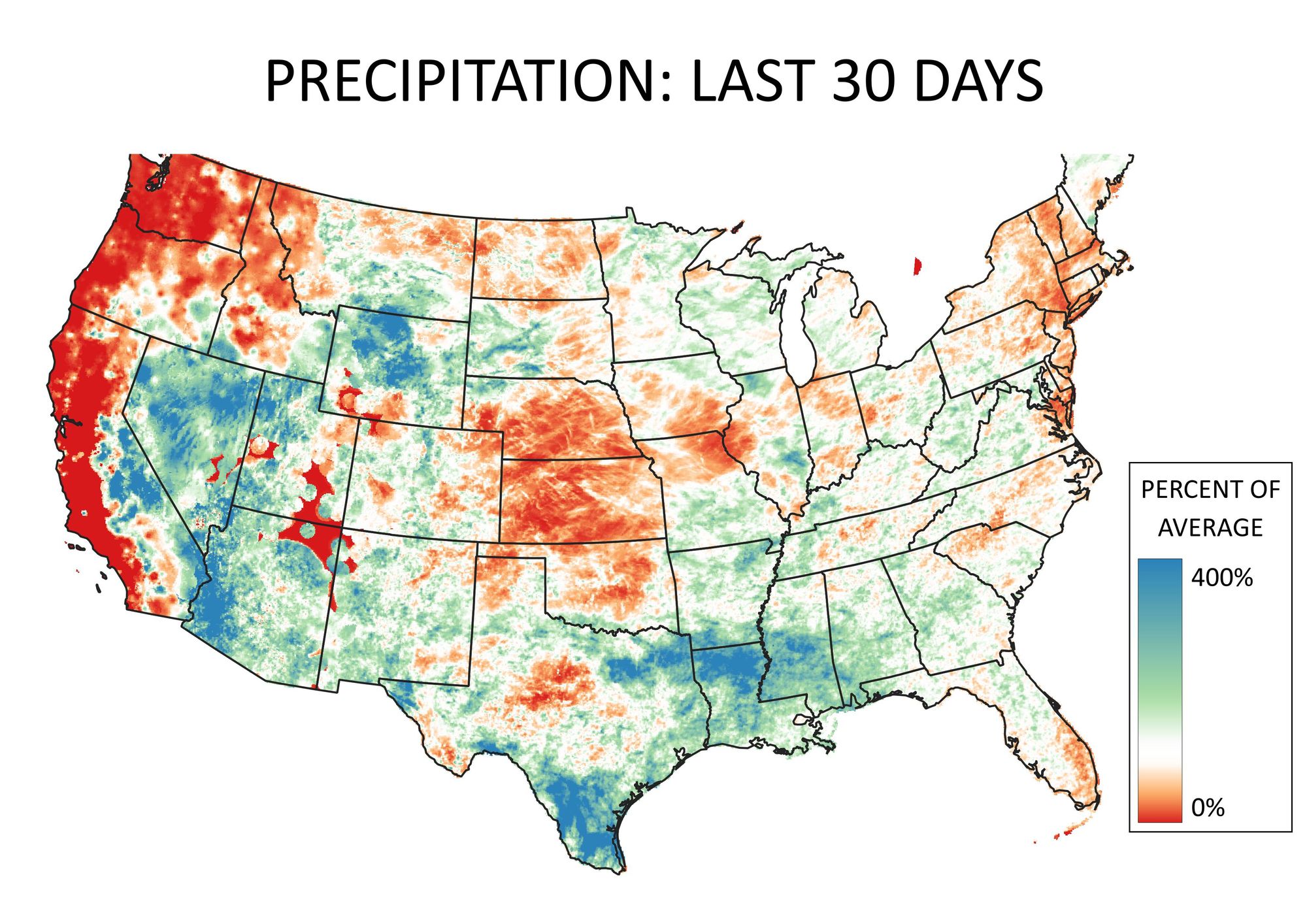 We start fall Thursday, and a relatively quiet and warm start to the meteorological season it will be.

Although we did record rainfall this past week, the totals were lower than earlier periods in August and certainly of July.

The combination of monsoonal moisture, a former tropical disturbance, and a stalled frontal/low pressure system accounted for the abundance of water from Texas to Alabama.

Like much of the summer, the central mountains of Colorado had water, but the plains and northwest corner of the state are in a rather dismal 7-day period.

It's nice to see parts of the state, the central mountains/Divide out of dry and drought classification. It was nice not seeing our summer sky filled with wildfire smoke for a change, isn't it?!

Still, more than 87% of the state is considered dry to in a drought classification based on our water supply and ecological impact.

During the next seven days, the precipitation outlook remains drier than average. Here's the estimated total precipitation for the week:

The best chance for some rain will be with daily thunderstorms on the mountains. Wednesday, perhaps, will be the metro area's best chance to see some storminess.

So, drier days as we close summer and begin fall. Before someone writes complaining that fall doesn't start until September 22nd, that's the autumnal equinox when autumn begins...climate and weather use September 1st as the designation of the start of fall.

Does this mean it is going to be a hot week?

Well, for the time of year it will certainly be a warm one; Denver isn't done with 90° days yet.

The daily highs are within a handful of degrees of record highs. The current tally of 90° days for Denver this year sits at 56, including yesterday's high of 92.

We will continue climbing that tally board this week. If you are curious, the most 90-degree days in a year came last year.

For the long-term, what do we see. Well, for September, Colorado is between two wetter areas.

And, the long-term... La Niña remains: