As you well know, I have been talking about the transition to El Niño for months. It has been underway in a serious fashion for about the past month. In fact, there has been a lot of talk lately about this transition phase being one of the quickest and strongest in recorded history. What do I mean by that? Well, the ENSO transition is usually tracked by the change in equatorial upper oceanic heat content during a specified period of time. 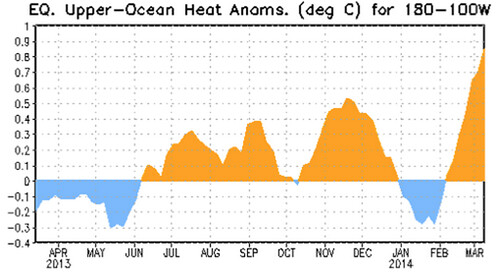 Notice the giant "orange spike" on the right side of the graph. This rapid and significant change on the warm side of things is huge in terms of whether or not we see an El Niño. Some climatologists are even talking about the development of a super El Niño. I am certainly not ready to talk about that just yet.

Remember, the Pacific Decadal Oscillation is and has been in a negative/cold phase since about 2005. Super El Niños like the one in 1982-83 and again in 1997 formed when the PDO was in a positive/warm phase. Thus, I think the phase of the PDO precludes us from seeing a super El Niño. That doesn't mean we can't see a moderate event though. In fact, I am closely correlating the current shift to El Niño with what happened in late 1956-58. The graphic below shows the various El Niño episodes since 1950. 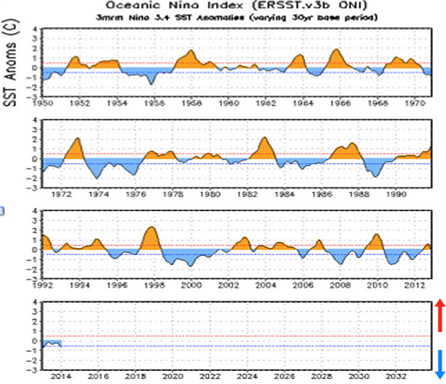 Notice the extended cold (La Niña) episode that occurred from 1954 through most of 1956. Then, the ENSO transition occurred in late 1956 into 1957, with a full-blown El Niño episode from mid 1957 through late 1958. Now, look at what has happened from later in 2010 through late 2013, an extended cold (weak La Niña episode). Recently, we have started to make a similar ENSO transition as we saw in late 1956. It's a pretty uncanny similarity. Plus, as we have talked about above, all models are calling for an El Niño episode by early summer. The strength and stamina of the event are still in question, but I think an event similar to what happened from late 1956-58 is possible. Maybe it won't last quite as long, but similar.

So, what happened in terms of moisture with the mid to late 1950s event? Well, below I have dug up the Palmer Drought Indices from the same timeframe. You will see that one of the worst droughts in recorded history was gripping a large part of the US, especially the central and southwest part of the country. 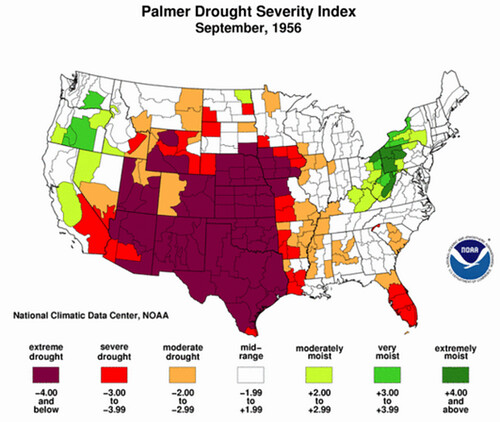 Doesn't that look familiar to what happened just about a year ago? Then, the ENSO transition takes place. . . AND IT GOT WET! 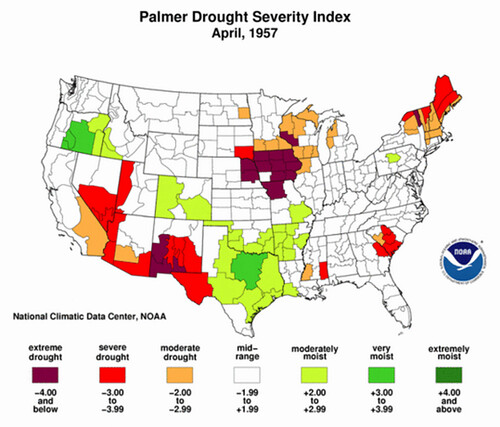 Drought erased for much of the area that was in such bad shape in September of 1956. Trouble spots remain in the Corn Belt and parts of the Southwest, but an amazing transition took place. 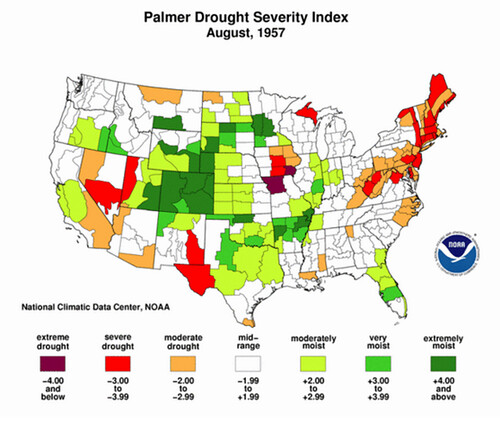 A bit later in 1957, it got even wetter. In fact, my grandmother said that in the fall of 1957 most of eastern Colorado was covered up by 1-3 feet of snow and the ground wasn't seen for months. Now why would my grandma lie about something like that? To be sure, I checked her work and boy was she right, look at November 1957! 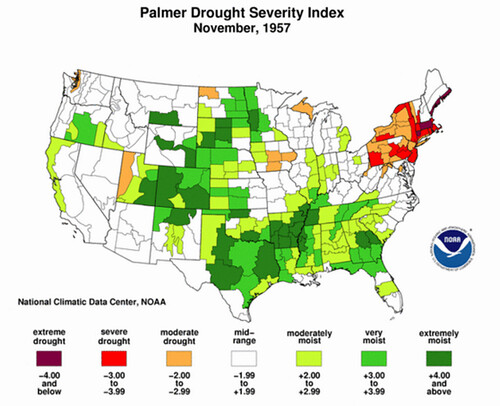 All of Colorado was VERY wet and all drought that had existed for the central and southwest portions of the US had been erased. In typical El Niño fashion, the southern tier of the country was very wet. . . WOW! Such a difference than a year previous... 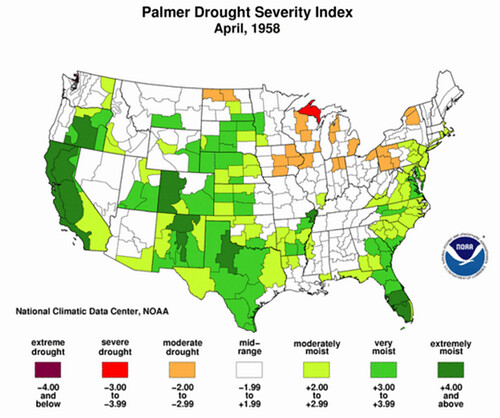 Wet weather continued into the spring of 1958, for most of the western US. The western and southern High Plains were very wet.

Will this type of moisture occur with the expected El Niño that is just now developing? Well, it is still too early to say. However, I think this is the type of event that has POTENTIAL to do the exact same thing. We have to be patient and see how it evolves, but I wanted to give you a very candid analysis of what has happened in the past when the various oceanic oscillations were the same as they are now.

The CFSv2 model shows a normal to slightly wetter than normal pattern developing across some parts of the western and southern plains. 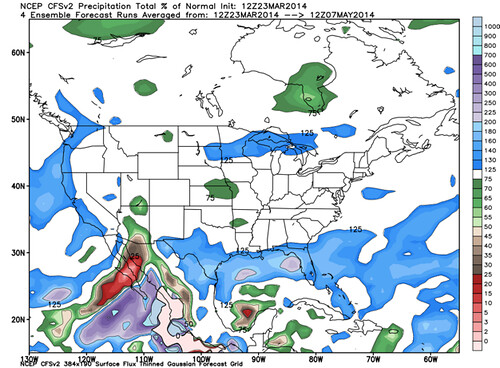 We'll see what happens, but at the very least I expect April and May to be a lot wilder than March...