Rain and snow looks promising for drought-stricken southeast Colorado
We promised an April more active than March, and so far the month has delivered. Two weeks in and we've seen several good soaking storms across northeast Colorado, and great late-season snows for the high country. Another system arrives Wednesday, and will bring another round of cool and unsettled weather to eastern Colorado through Thursday. 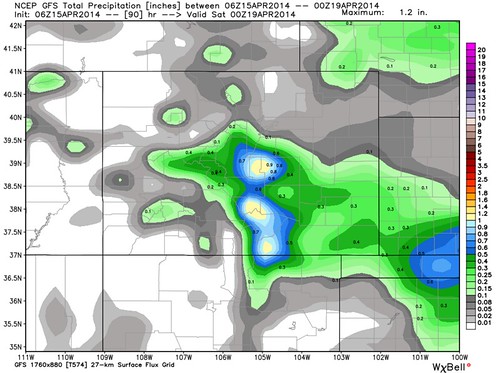 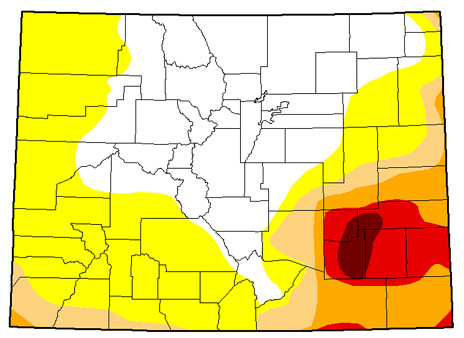 This system will be relatively warm, especially when compared to our last system. With that, much of the precipitation that does fall at lower elevations will be in the form of rain, or a rain snow mix. The best chance for accumulating snowfall at this time looks to be across the Palmer Divide, and at higher elevations across the Front Range foothills. There is actually pretty good agreement between the models here, with nearly all of them painting a bullseye of heaviest snow across Teller County, and western / northwestern Colorado Springs. 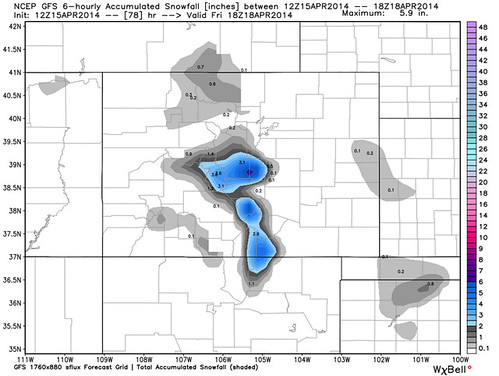 The track of this system just doesn't favor much snow or rain for Denver. We'll go ahead and call it unsettled for Wednesday afternoon and Thursday, with at least a chance for rain and rain mixed with snow through the period. Temperatures will cool too -- after highs in the 60s Tuesday, we'll be back in the 40s across the metro for Thursday. Without a notable shift in track over the next 24 hours, we think locales to Denver's south will be favored with this storm.

Take a look at the SREF ensembles for Denver (left) and Colorado Springs (right). Both means show measurable precip through the period, but far more members are on board for COS. Mean QPF for DEN 09z was just 0.09 inches, while COS was 0.45 inches. 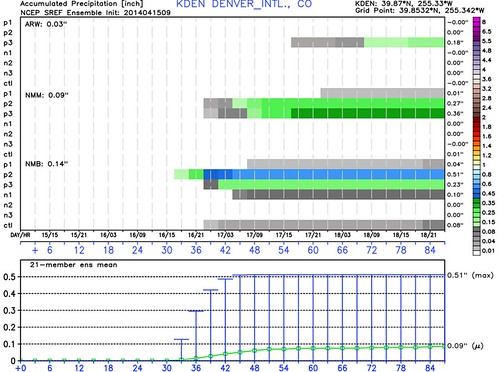 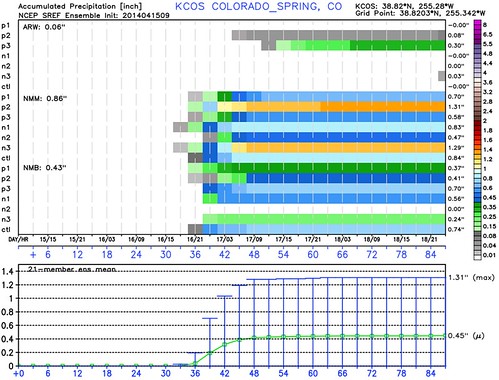 We'll keep you posted as this system continues to develop and pass along updates as needed. The long and the short of it is plan for another round of cool and unsettled weather for Wednesday into Thursday, with winter driving conditions at higher elevations, especially Thursday morning.

Beyond Thursday the pattern continues to look active. The EPS Weeklies that came in last night confirm that (and they've been pretty spot on this spring), as well as all global models showing several more disturbances (with warmth in between) through the end of the month, and likely into May.