Storms continue tonight and into tomorrow across southeast
Severe weather continues across the southeast tonight after another round of awful severe weather. According to the Storm Prediction Center (SPC) there have been 44 preliminary tornado reports today. This means several of these reports could be duplicates, and or later determined not be be tornadoes by the NWS. That number may grow as there are still many active tornado warnings at this hour.

Here's a look at where the line of storms are as of 10:00pm central. Still numerous tornado warnings out across Alabama, with Tornado Watches stretching from Louisiana to Tennessee and east into Georgia. 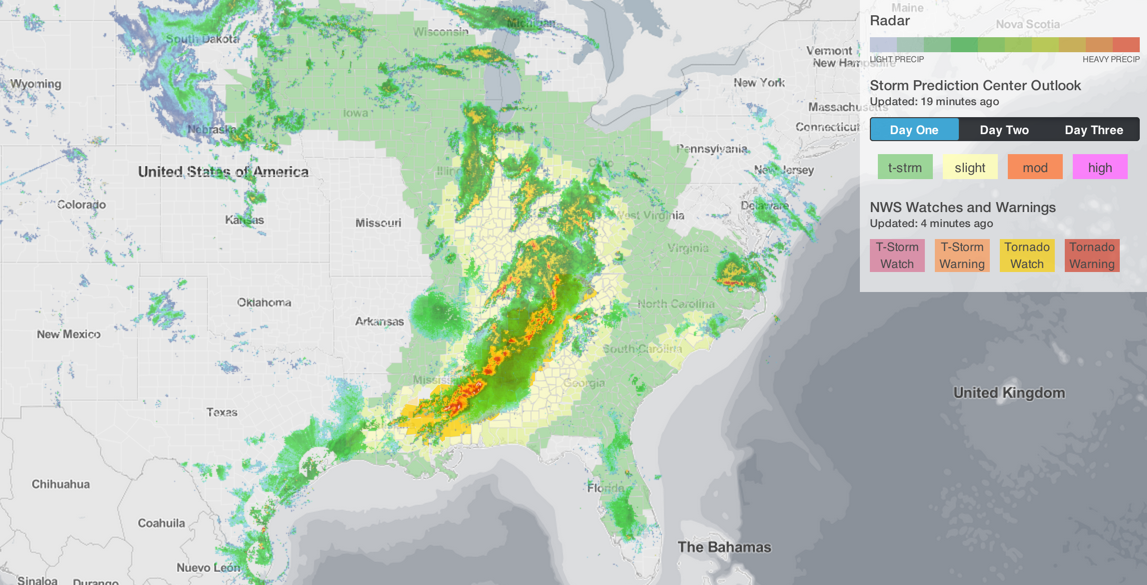 Tomorrow the storm threat shifts slightly east, southeast, but not by much. The same system that brought us rain and snow this weekend hasn't moved very far -- blocking has caused all storms across the U.S. to progress very slowly. Tomorrow will be the third straight day the SPC has issued a Moderate Risk for severe weather. 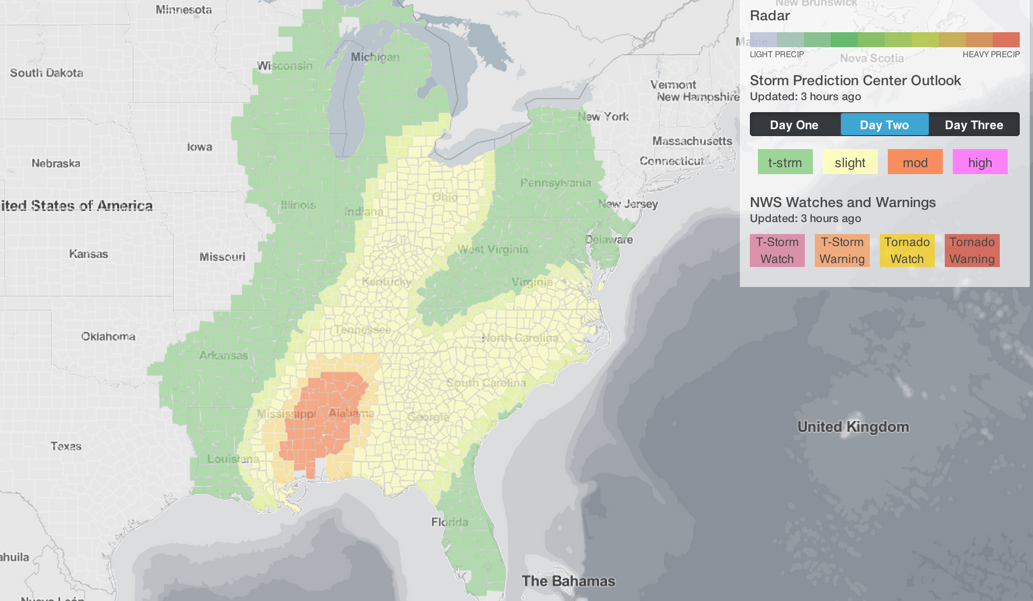 Take a look at this incredible capture from the GOES IR satellite. Notice the center of circulation over eastern Nebraska, that's our system from this weekend. Across the southeast you'll see very dark colors -- these indicate very tall (and in this case tornadic) thunderstorms. Awesome in the true sense of the word. 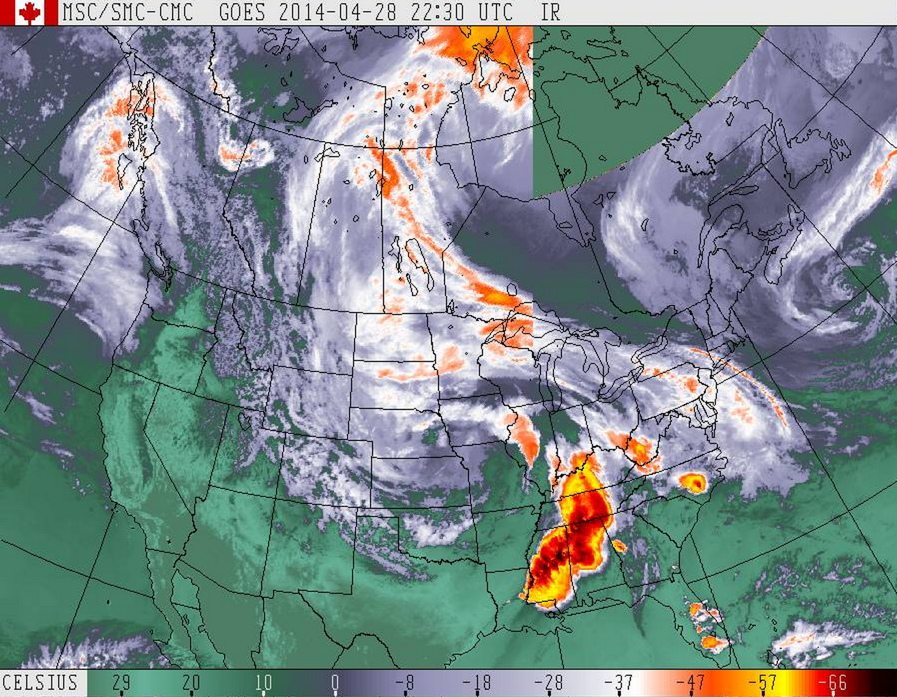 If you have friends and family in the region, please make sure they are aware of the threat that continues into tomorrow. Tornado warnings and watches are active, and will remain so for some time.

Here are a few images and stories shared on Twitter from the severe weather outbreak today. More to come.

GOES satellite shows storm system sprawled over half of the US. Bright clouds in SE are severe weather #mswx #alwx pic.twitter.com/DflgdZI5hi

Wow. Check out that line... RT @StuOstro Storms remain intense and deep with overshooting tops as the sun sets: pic.twitter.com/8ji1HS5OAz

MT @wx8ben: Sean Casey &the TIV driving towards a large wedge tornado today near Columbus, MS. They did not drive in! pic.twitter.com/mZXidz1aVj

Whoa RT @wxprof: This door landed on the MSU campus from the Louisville, MS tornado. 30 miles to our south. pic.twitter.com/SLGEAlL7E4

Woman finds her dog alive after returning to her tornado-ravaged home in Tupelo, Miss - @NBCNewsPictures pic.twitter.com/n1qx21CC5S

Tornado just crossed 78 outside birmingham in front of us. Hit graysville. @spann pic.twitter.com/9vP3bD5QvO