Rain changed to snow across the urban corridor early Sunday morning and continued for many through early Monday. The National Weather Service has dropped the Winter Storm Warning for Denver, but one continues for locations south and southwest of Denver through midday. 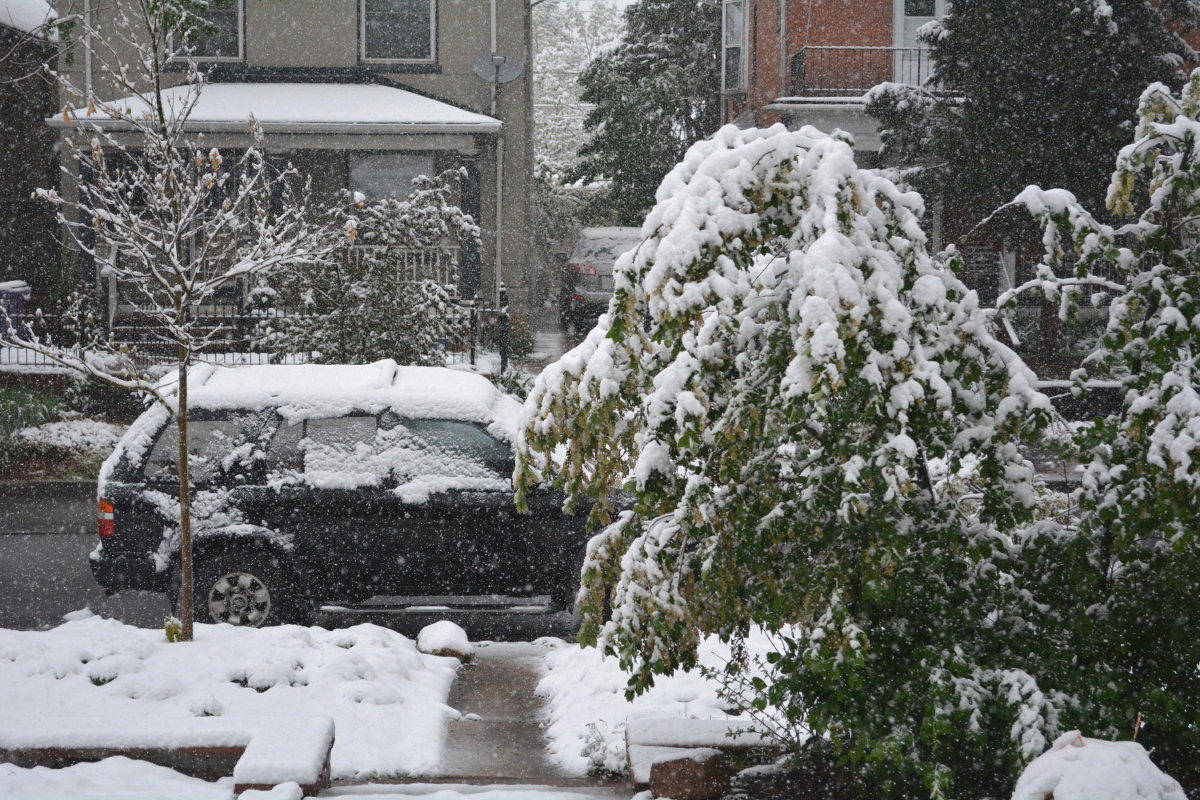 Snowfall totals from this storm ranged from just a dusting to nearly 30 inches across Colorado. Most of Denver proper saw 2 to 5 inches stick overnight Sunday, though it snowed for a near constant 24 hours. The further south and west you go from downtown, the more snow you find. Highlands Ranch recorded nearly 10 inches of snow from this system, with totals in excess of a foot for foothill communities.

To recall, our forecast called for 4 to 10 inches of snow in Denver with a high Bust Index of 7. With 4 inches recorded half a mile south of downtown, and 7 inches recorded in Lakewood this morning, many areas fell very nicely into this range. Lower amounts were found for northern and eastern districts of Denver, but still reports of several inches of wet heavy snow have been reported.

For the higher terrain south and west of Denver we called for 6 to 12 inches of snow. Highlands ranch is reporting between 7 and 10 inches this morning, with anywhere from 6 to 10 inches being reported for locations such as Castle Pines, Morrison, and Boulder.

Higher yet in elevation the totals were even more impressive. Snowfall totals of over a foot were common here, like this remarkable photo from Conifer, CO this morning.

Big snows to west MT @cubbuenning: Conifer we are well over a foot; still coming down hard. #cowx pic.twitter.com/11Hq6Vbov8

Here are a few other NWS spotter reports from across the state, with a map of CoCoRaHS reports below. A few of these totals could go up a bit this morning where snow continues to fall. Pretty impressive!

Precipitation totals were equally impressive, as you might expect. Totals from 1 to 2 inches have been commonplace along the Front Range, with several CoCoRaHS reporting storm totals greater than 2 inches. Here's a map of total precipitation again from CoCoRaHS.

The snow moves out today leaving behind some bitter cold temperatures for May. The National Weather Service in Boulder has issued a Freeze Warning for much of eastern Colorado from 10:00pm tonight through 8:00am Tuesday morning. Overnight lows are expected to fall into the mid 20s for many locations, which will be very damaging to sensitive vegetation. (The record low temperature for the date in Denver is 23 degrees -- from 1953.) Temperature anomalies across eastern Colorado will be pretty remarkable for the next 24 hours or so as show by the GFS. Cold! 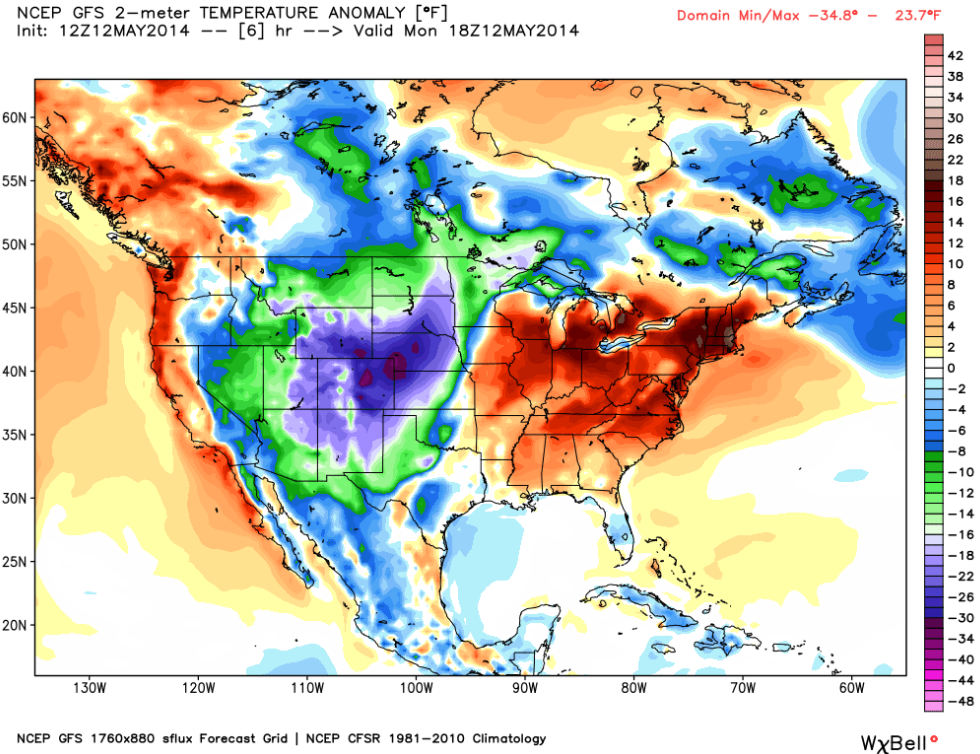 After a cold start to the day Tuesday we'll start to rebound nicely. Highs will remain below normal, but most locations will climb back into the low to mid 50s for highs with partly cloudy skies returning. We'll be back to near 60 degrees for Wednesday. Showers and storms could return to the forecast for later in the week into Saturday, but overall trend will be warmer through the weekend.

Here are some additional images shared over the last 24 hours from this storm. What an impressive May storm! Thanks to all that shared weather reports and photos with us over the last few days, much appreciated and very useful for us in gauging conditions across the state!

So much snow in Central City. Wow. #cowx pic.twitter.com/9IuYd2qKYR

RT @cheesypoof23: On the bright side, Clear Creek is putting on quite a show this morning. #Cowx pic.twitter.com/tX7Hq62uq8