Tornadoes in June Not Uncommon for Colorado

There was a lot of buzz yesterday about the active tornado season Colorado is experiencing, and while it has been active, tornadoes in June are very common for Colorado. Climatologically June is the peak for tornado season in Colorado, with an average of 11.42 tornadoes statewide during the month from 1950 to 2013.

Here's a look at the number of tornadoes by county from 1950 to 2013. Weld county (given it's a very large county) leads the way with 82 tornadoes in the last 63 years. Logan and Yuma have both seen 34, with 30 recorded in Arapahoe county. Denver county (the smallest county in eastern CO) has seen 8 tornadoes since 1950 during the month of June.

Tornado counts during June have been up and down over the last decade for Colorado. In 2004, 36 tornadoes were confirmed in Colorado, compared to just three in 2007. Last year there were eight tornado touchdowns during the month of June. 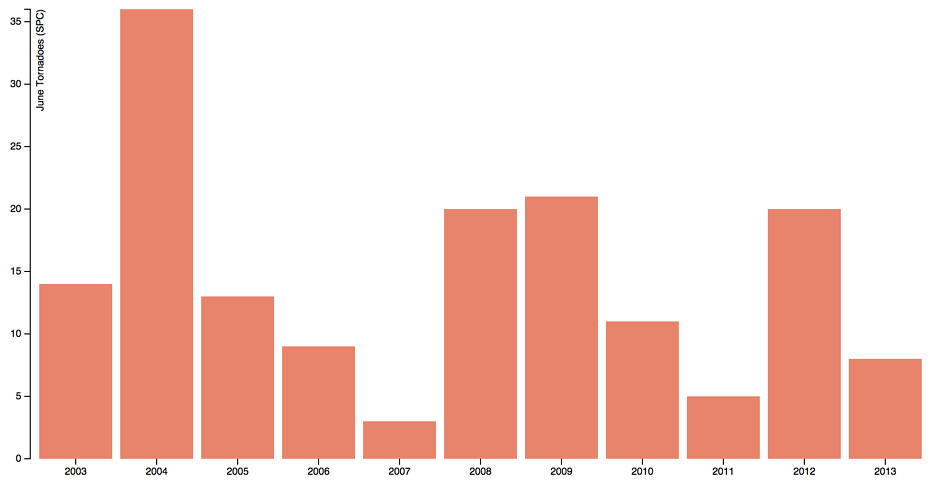 While the start of June 2014 has been very active across the state, it's not yet exceptionally so. Afternoon storms, with a good dose of severe weather, are quite common with this weather pattern. Sunday we saw a pretty remarkable line of tornado warned storms, but again -- only a handful of tornadoes confirmed to this point, with eight reported. Through the first eight days of the month there have been 21 preliminary tornado reports across the state, but those numbers will likely be adjusted after the NWS completes surveys, and any erroneous or duplicate reports are sorted out.

Related: Living in a Tornado Alley

Part of why it might feel like the state is experiencing an abnormal tornado threat this year is because of the low-tornado count nationwide. Many of the states famous for their tornadoes are experiencing very quiet severe weather seasons (to date) this year, with preliminary tornado counts well below normal across the United States. 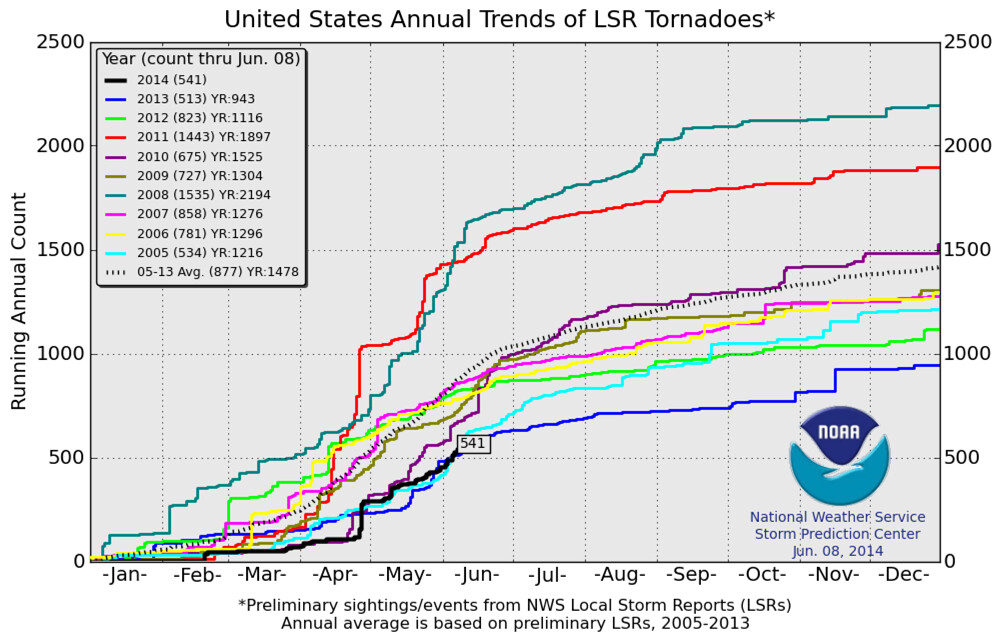 We've also seen some pretty remarkable tornadoes that have contributed to the buzz. . . like this tornado at 8,000 feet on Sunday south of Fairplay, Colorado. Rare, but not unheard of!

As a final thought, it hasn't just been the tornadoes to start June, but much need precipitation for eastern Colorado. Take a look at these totals as a percent of normal for the last seven days -- 400 to 600% of normal, and even for some spots in southeast Colorado. 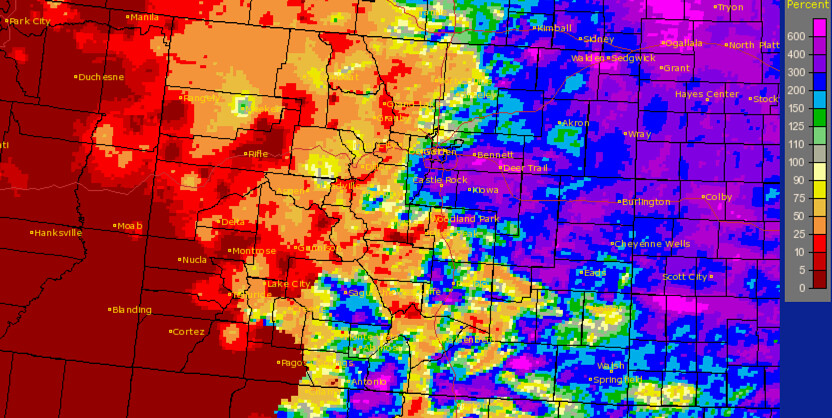 Severe weather season is not over for Colorado. We have a few quiet days ahead to start this week, but more storms could be back in the forecast as early as mid-week for portions of eastern Colorado. Enjoy the awesome power of nature, and stay weather aware!