Another warm and dry start to the week expected for Denver and much of Colorado. After a very pleasant Sunday following our most recent severe weather event Saturday, temperatures will warm to near 90 if not a few degrees warmer for Monday afternoon and Tuesday.

The warmer and drier air over the state to start the week will heighten fire concerns, especially for southern and western portions of the state which have not seen the same storm activity we have in the east over recent weeks. Here's the fire weather outlook from the SPC for Tuesday. 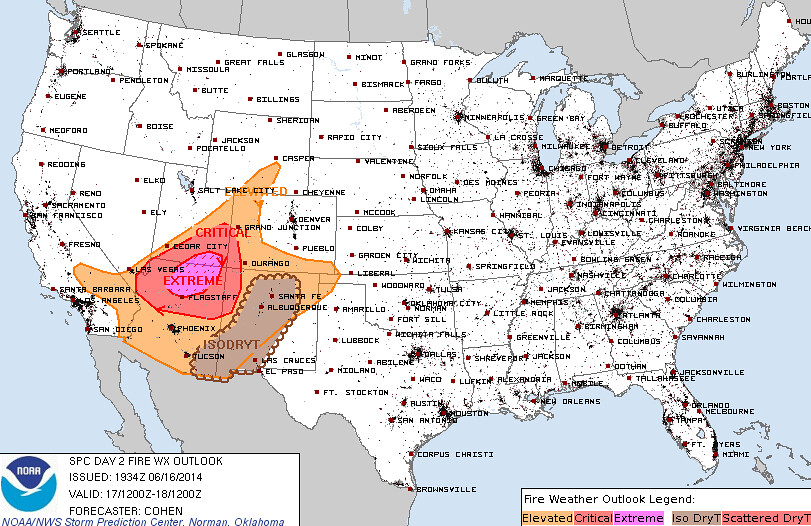 Midweek cold front, chance for storms
We are tracking several disturbances over the next week that will bring a few chances for showers and storms to the Denver area. As has been typical over recent weeks, it looks like we'll warm briefly, only to see another chance of storms and cooler temps a few days later.

The first disturbance is due in Wednesday, and will likely bring the best chance for storms to the area during the workweek. A rather potent cold front will cool us several degrees for Wednesday afternoon, and keep much of northeast Colorado in the 70s for Thursday.

A large closed low rotating over the Pacific Northwest today will be the culprit, and should dive far enough south to give us a decent cold front by the middle of the day Wednesday as it tracks east. Take a look at these temperature anomalies for this evening (left) and then 18z Thursday (right). Colder air works into Colorado, giving us a brief break from above normal temperatures.

The severe threat looks low for our midweek system, at least right now. The 12z GFS indicated some CAPE Wednesday afternoon (100 - 200), some shear (especially northeast), and decent moisture around. The greatest severe threat appears to be well north and east of Colorado -- where storms could get strong again for portions of Nebraska, Iowa, Minnesota, the Dakotas, and Wisconsin. 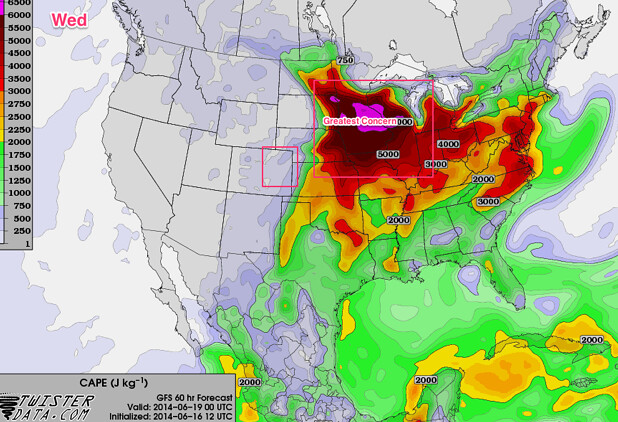 We should squeeze out at least a few storms Wednesday afternoon and into Wednesday night across the plains, then keep cooler temperatures around through the day Thursday. Friday looks mostly dry as temperatures should start to climb back into the 80s and stay there for a few days.

Our chance for storms looks to return by the middle of the weekend. In fact, both the GFS and EURO are indicating a wetter pattern returning for somewhere mid weekend into next week for eastern Colorado. The CFSv2 ensemble forecast is on this too. . . trying to bring above normal precipitation to eastern Colorado, western Texas and southern Kansas next week. 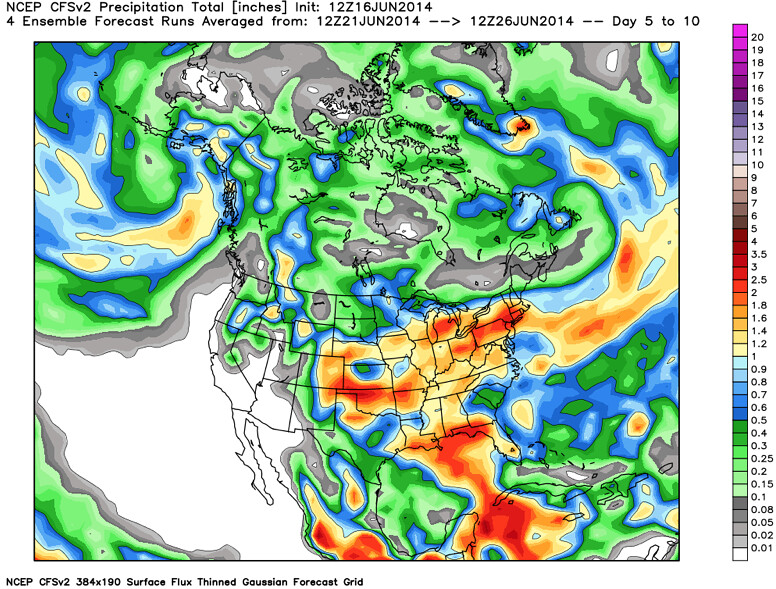 A lot to watch in the coming days. If you're not already subscribed to Weather5280, please do so! More updates to follow.

Yesterday's severe weather outbreak turned deadly in Nebraska as several strong tornadoes touch down across the state. The two…

It'll be a mostly dry and hot day across eastern Colorado Friday, with temperatures climbing into the low to…