As mentioned in our weekend outlook, storm chances will be greater to end the weekend and the start of this week. With these increased storm chances will come a greater severe threat as well. The Storm Prediction Center has issued a slight risk for severe weather for both Sunday afternoon and Monday for most of eastern Colorado, including the greater Denver area. 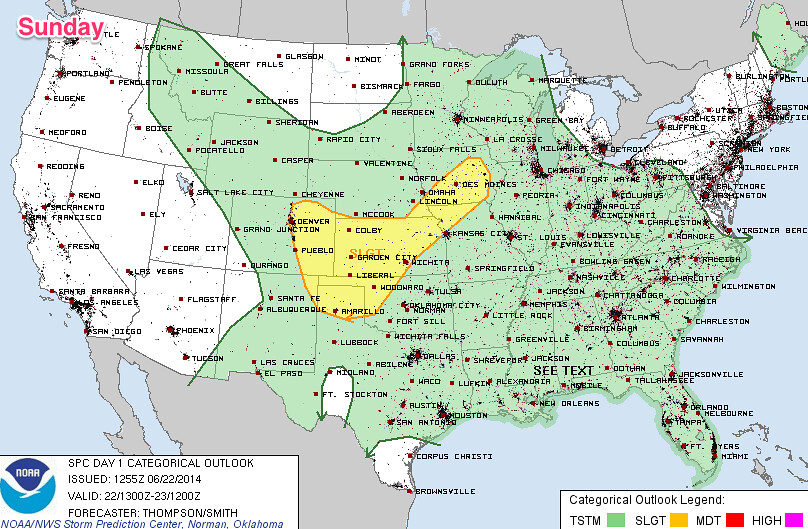 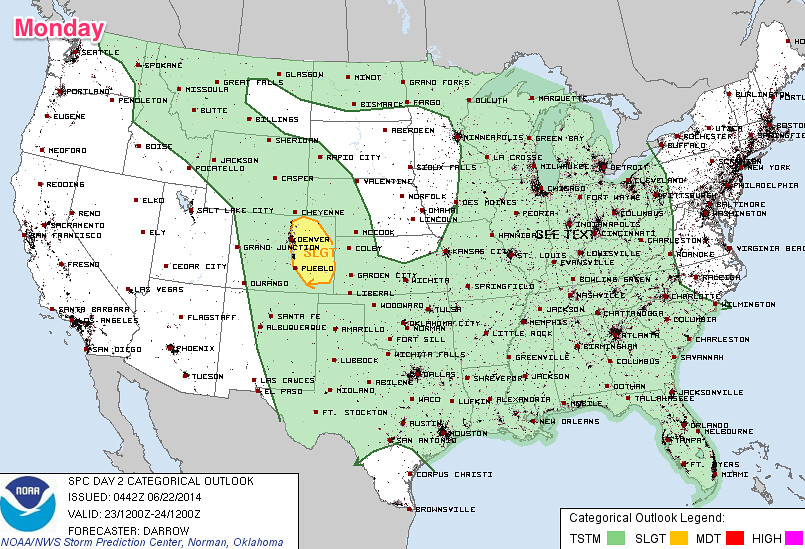 The greatest threat with these storms will be hail and damaging wind, but a few tornadoes are possible too. While the tornado threat will be generally low, with the main threat being a few landspout tornadoes, those that do occur will be capable of producing damage. Stay weather aware!

We'll keep a pretty good chance of storms in the forecast of Denver proper, with even the chance some are severe. That said, many of the high resolution models keep best storm / rain activity east of I-25 this afternoon and Monday. Storms will initiate over the higher terrain west of I-25 during the early afternoon hours, then grow in strength and size as they push east across the plains.

A few locations across the plains should see some very good moisture over the next 48 hours, including decent chances for southeast Colorado. Expecting the greatest rainfall totals to be mainly east of I-25 today and Monday where PW values will be higher, nearing 1" along the Colorado/Kansas border. By Tuesday that could shift a bit further west as another round of afternoon storms could bring better chances for heavy rain to the metro, before we dry out a bit for the latter half of the week.

As always the most frequent updates will be posted to our Twitter account (@weather5280) as storms start to fire this afternoon. We'll keep an eye on Monday and Tuesday and pass along any updates here as needed.

Transitioning into the Summer Pattern

Summer officially starts this weekend, June 21st. We know that Mother Nature doesn't follow a schedule, but there is…