It took awhile yesterday, but the cap finally broke and storms fired through the evening across the greater Denver area and eastern plains.

We'll do it again today. Storms will be quicker to fire for the Denver area with some development already taking place along the Front Range foothills. The severe threat will be slightly lower for Denver, but will increase quickly east of I-25. Expect any storm that can develop along and west of I-25 to carry some heavy rain with them, so we will be watching the threat for flooding -- especially in and around burn scar areas.

No watches or warnings at this time for eastern Colorado, but that could very well change as we head into the early afternoon hours. The greatest threat with today's storms will be hail and wind, with isolated tornadoes possible as well. The highest tornado threat will be east and northeast of Denver through the afternoon hours.

Again, will watch for storm development along and west of I-25 early this afternoon, but best chance could end up being east of the interstate. The HRRR has CAPE and PW values falling quickly along the Front Range this afternoon, with best ingredients and development occurring over the eastern plains. Should this happen, storms will be much more short-lived for the urban corridor. 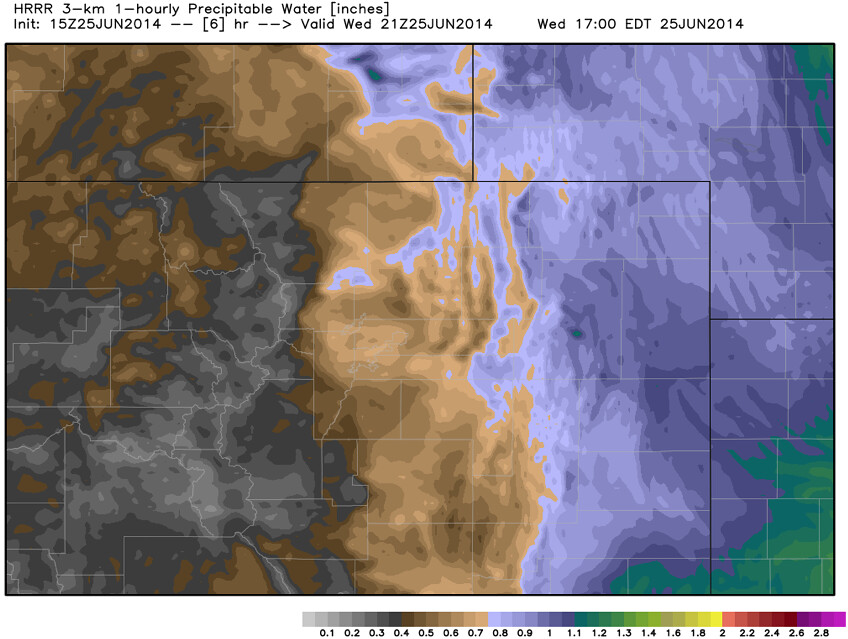 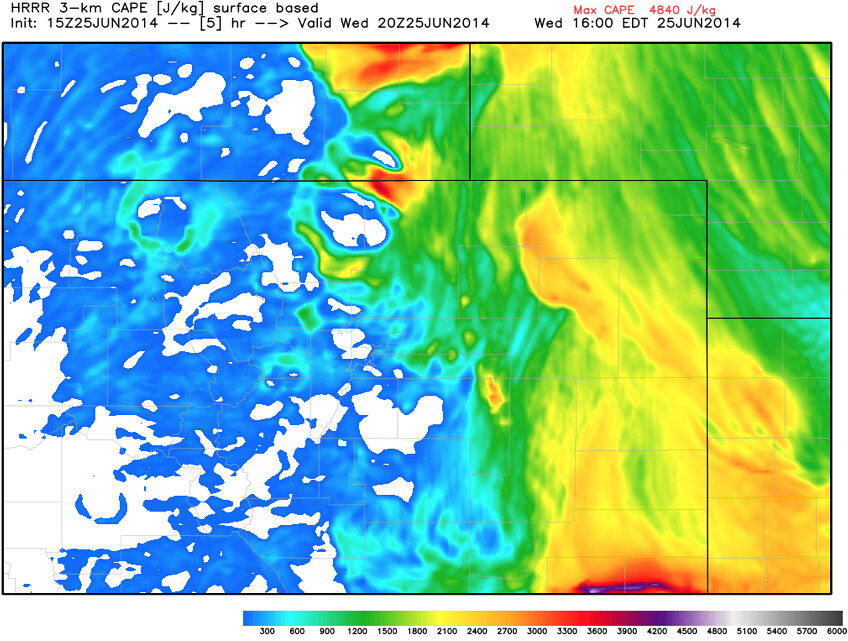 We'll have the most frequent updates on today's severe weather threat and any storms that do develop on our Twitter page (@weather5280). Stay weather aware!