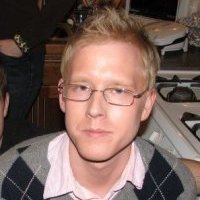 Unless you were stuck inside the whole holiday weekend, which we truly hope was not the case, you'd know we had a very hot 4th of July weekend. Denver (DIA) hit 93 on the 4th, 96 on Saturday, and a sultry 98 on Sunday. While these temperatures were 5-10 degrees warmer than 'normal' for the date, they were also well shy of the records for those days (which ranged from 101-103).

The week ahead may feel fairly similar to the week we just ended, though with a better chance of afternoon and evening storms. With the exception of a brief cool down Tuesday, highs this week will primarily be in the low-to-mid 90s, with continued chances for isolated to scattered thunderstorms, some of which could feature damaging winds, large hail, and heavy rainfall depending on day and location.

Let's look at today in greater depth. In many respects it will be very similar to what we experienced Sunday: that is hot afternoon highs in the mid-90s, and the chance for thunderstorms. A cold front pushing through the area during the middle of the day may allow for more widespread thunderstorm activity than we saw Sunday, with the primary threat being gusty winds and the possibility for large hail. Some of these storms will be high-based and may not produce that much in the way of rain, though. HRRR and NAM both show greatest storm chances along the Palmer Ridge and east. As always, we'll keep you posted on thunderstorm development from our Twitter account, @weather5280. 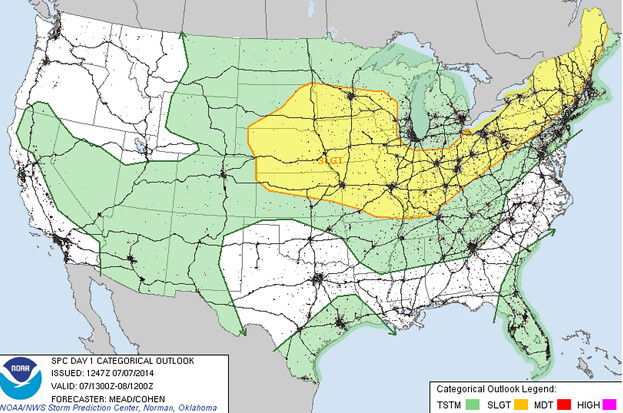 Tuesday will clearly be the winner of the week. In the wake of today's cold front, we'll have noticeably cooler temperatures mostly in the low 80s for highs, which will be about 5 degrees cooler than 'normal' for the date. We could see some pop up thunderstorms during the second half of the day, but there is no real forcing mechanism which would make us too concerned about any widespread severe potential. Overnight lows drop to near 60 Tuesday night under mostly clear skies.

Wednesday through Friday will feature quite typical mid-summer conditions: expect mostly sunny skies in the mornings with clouds building in places as the day wears on. Expect highs in the low-to-mid 90s, with chances for thunderstorms each afternoon or early evening, some of which could produce gusty winds or large hail. Our monsoonal flow looks to slowly be increasing through the week and into next, with a greater potential for a few storms to be slow movers with heavy rain. Many of the mid-range models continue to show good precipitation totals through mid July for much of Colorado.

A quick peek at weekend suggests more of the same: warm afternoons with highs in the upper 80s to low 90s and the chance for thundershowers. Overnight lows will, for the most part, be in the low to mid-60s.