It was a hot, but hopefully not unbearable, weekend across much of Colorado. In many respects, we all knew it had to come at some point, as this summer to-date has been fairly tame temperature-wise, and downright wet for some. The heat sticks with us through the week, though isolated to scattered afternoon storms will (like this weekend) may help knock down temperatures late in the day in some spots.

MOS guidance actually hasn’t been terrible with temperatures over the last few days. GFS has been a bit warm, NAM at times a bit cool, with highs generally leveling out somewhere in between. Both models keep us in the mid to upper 90s through the end of the week -- though we can’t entirely rule out a 100-degree reading -- with possibly a return to more climatological highs by next weekend and early next week.

There will be some moisture around through the period, which will keep storm chances in the forecast. Should see a general uptick in chances as we progress through midweek, and then again into next weekend.

Northwest fires, Colorado haze
You may have noticed the hazy conditions this weekend across Colorado. This was due to many fires burning in the northwest states where this summer’s heat has been far more relentless. NASA’s MODIS satellite captured several striking images of the fires over the last week, including this one from July 18. Several fires burning across Oregon and Washington are visible, with dense smoke (brown-gray vs clouds) being captured over the Idaho mountains, then transported southeast. 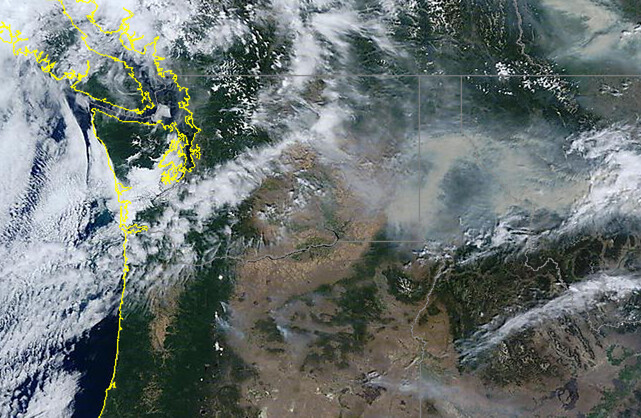 Recent heat over the middle of the country has been at least brief reprieve for the northwest. Cooler than normal temperatures, or at least temperatures near average should continue through much of the week in this area, but for the pattern looks to repeat itself by the end of the week and into next.

Here are temperatures through the first 19 days of July. Denver sits at about average, the central U.S. well below normal, and it’s been baking in the northwest: 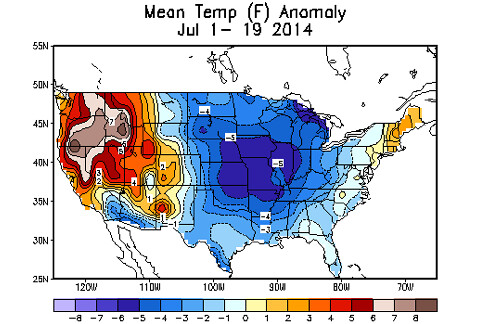 June 2014 warmest on record
While temperatures have been at or below normal for a good portion of the United States this summer, as we’ve seen in the Pacific Northwest, this hasn’t been the case everywhere. In fact, according to the National Oceanic and Atmospheric Administration (NOAA), June 2014 was the hottest on record for the globe.

Below are the ocean and land temperature departures from normal for June. Notice the cool sector over the north central U.S. Expect this to look similar in the U.S. for July, with cool pool perhaps a bit further east. 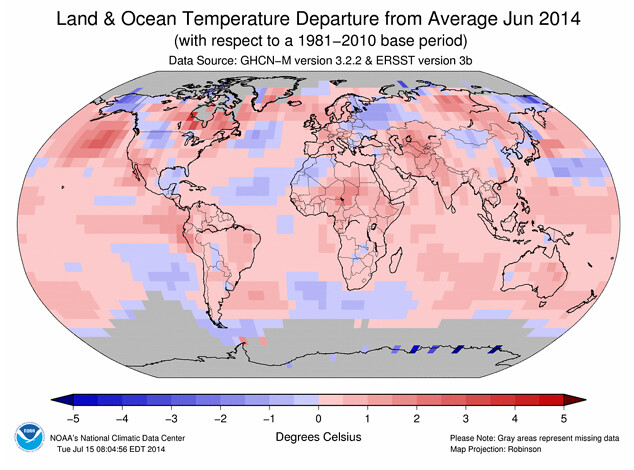 Pattern Reloads
While the next few days will remind us it is actually summer, it looks like the pattern reloads for next week, with another shot of cool air pushing into the middle of the country. This will mean a better chance for monsoonal moisture to return to the state, as well as cooler temperatures.

The question will be again how far west the cold air will make it, but expect at least a return to closer to normal temperatures as we head into the latter half of this weekend and next week.

Both the GFS and EURO ensembles have another strong trough digging into the east for next week. The GFS 00z run looked a bit stronger, and even a bit further west, which would help support cooler than normal temperatures again east of the Divide. The EURO ensemble control run looks very similar. 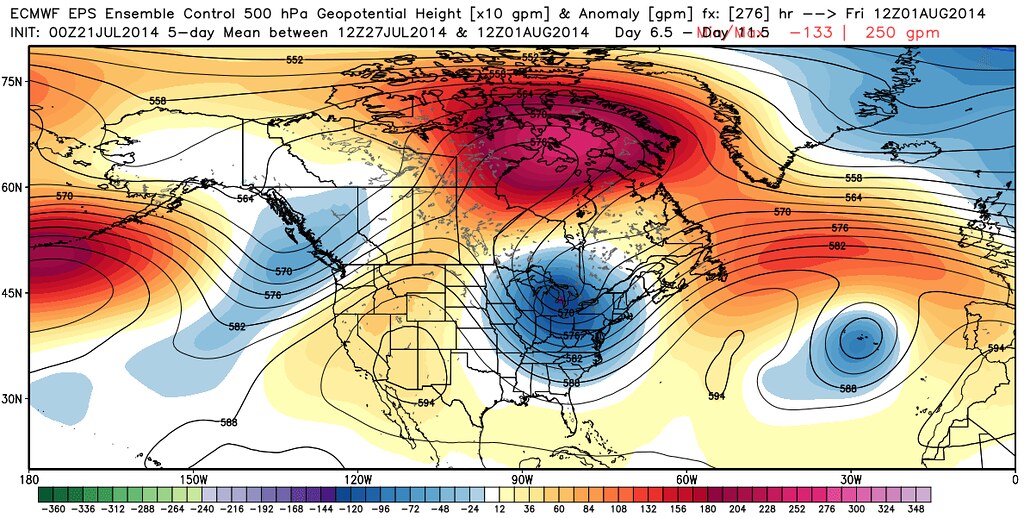 And the CFSv2 continues to insist cooler than normal temperatures across the central United States to start August. Latest runs actually look more impressive than they did last week for the first 10 days of August (degrees C). 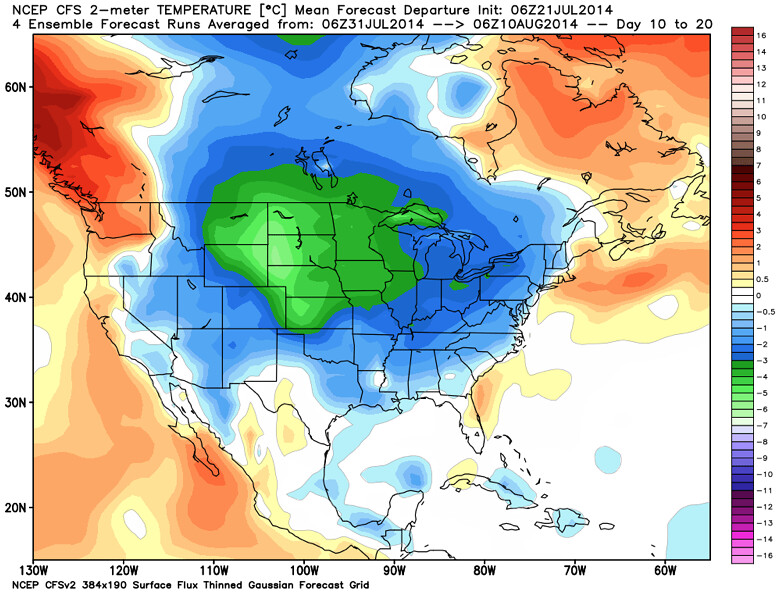 Enjoy the summer weather, and try and stay cool! Plenty more to come this week, so be sure to subscribe to Weather5280 if you’re not already. We’re now less than 12 weeks away from our average first snowfall in Denver!

It has been a while since we’ve talked about El Niño, so I figured I would give you…

Our drought-reducing progress will go on pause for a while as warmer and drier weather returns to the region.…