One week after we were discussing snow and near-record cold, summer is in full swing. Temperatures have been well above normal much of this week, and are expected to remain so through Friday. As we mentioned earlier this week in the State of the Atmosphere, the overall outlook appeared mostly warmer than how we started the month with a few ups and downs. One of those downs came Monday, another will come as we head through the weekend.

Temperatures Saturday will drop back closer to average for this time of year, with highs in the 70s across the region.

Our next shot for precipitation looks to be during the Sunday - Tuesday timeframe. The GFS and EURO both show measurable QPF through this period to varying degrees. We’ll likely see a better chance for rain and storms at least Sunday and Monday, and possibly into Tuesday before drying out a again by midweek.

How much precipitation is yet to be determined. As of 12z today the EURO is leading with pack with pockets of >1” across northeast Colorado through Tuesday, while the Canadian has trended much drier. We’ll watch how the upper level low forecast to track across northern Utah through early next week progresses, and offer updates as needed. For now plan on a better chance for showers and storms to wrap up the weekend. Despite what some are reporting, it appears as though most of the moisture from Odile will stay south of Colorado.

Expect temperatures next week will be cooler than this week. The CFSv2 shows a northwest/southeast split for temperature anomalies days 2-7, which would leave Denver very near average through the period. 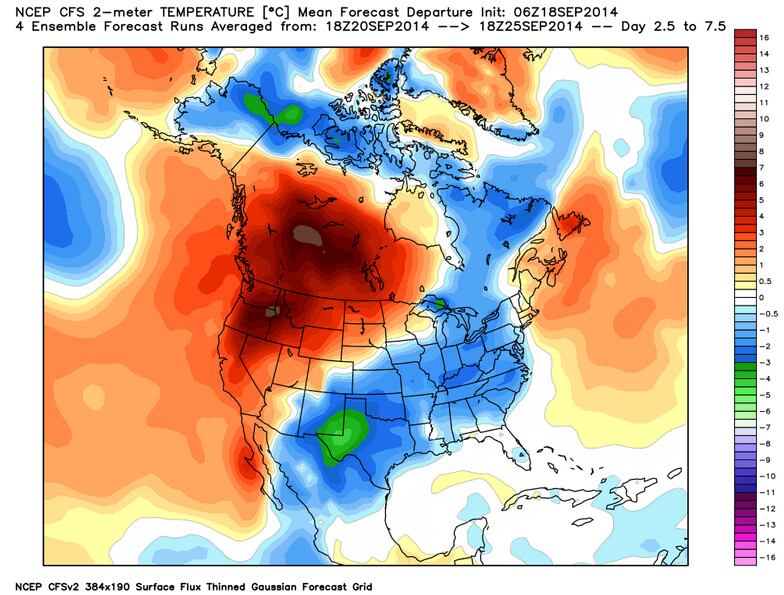 The ABC’s of NWP

Numerical Weather Prediction or NWP, a popular abbreviation in the weather community, is a mathematical way to solve for…

It’s already snowed once, now it’s time to predict when it will snow for real! I’m…