Outlook for the Second Half of January

While central Colorado has seen bouts of Arctic air and generally light snow, we really haven't had a big storm system threaten us. That's not too out of the ordinary for January. January and February are usually pretty quiet times, but occasionally can surprise. So far, Denver has tallied 19.4" of snow this season which is basically normal. Farther south in Colorado Springs, 13.1" of snow has fallen, which is about 2" below normal. Bottom line, while this winter really hasn't been spectacular as of yet, it hasn't necessarily been a dud either. Which leads me a the point I wanted to drive home in my previous long range outlook several weeks ago...that this winter would likely be a late show, and offer the most active weather from late January through April. If you remember our analog years, you can see why I originally hypothesized such: 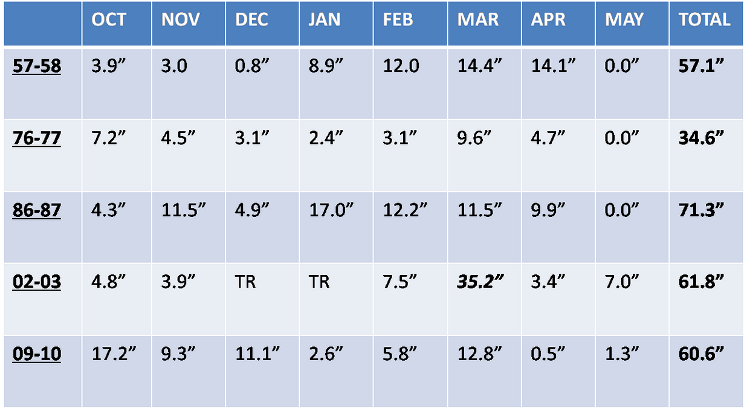 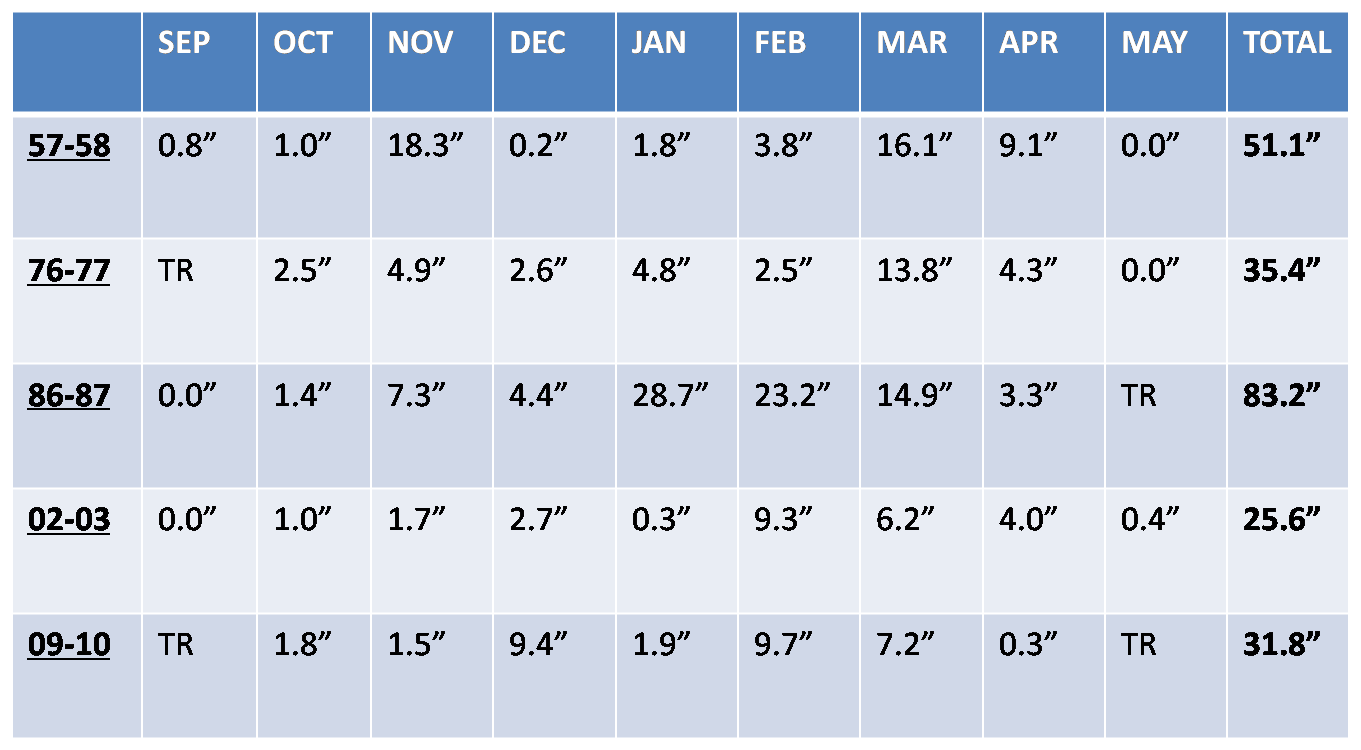 You can see that most of the snow during those analog years occurred after the first of the year. 2009-10 was a bit of an exception, but remember between October and November we had an inch of rain at DIA. Other areas close to Denver had quite a bit more than that. Colorado Springs had the 3rd wettest October on record, with nearly 3" of rain. So, the warmth was more of the story in keeping the precipitation liquid, not necessarily the lack of precipitation.

During this time of weaker and faster moving storm systems if we can still get systems to produce, it is a good thing. Because, many signs point to the second half of January into the spring looking active. 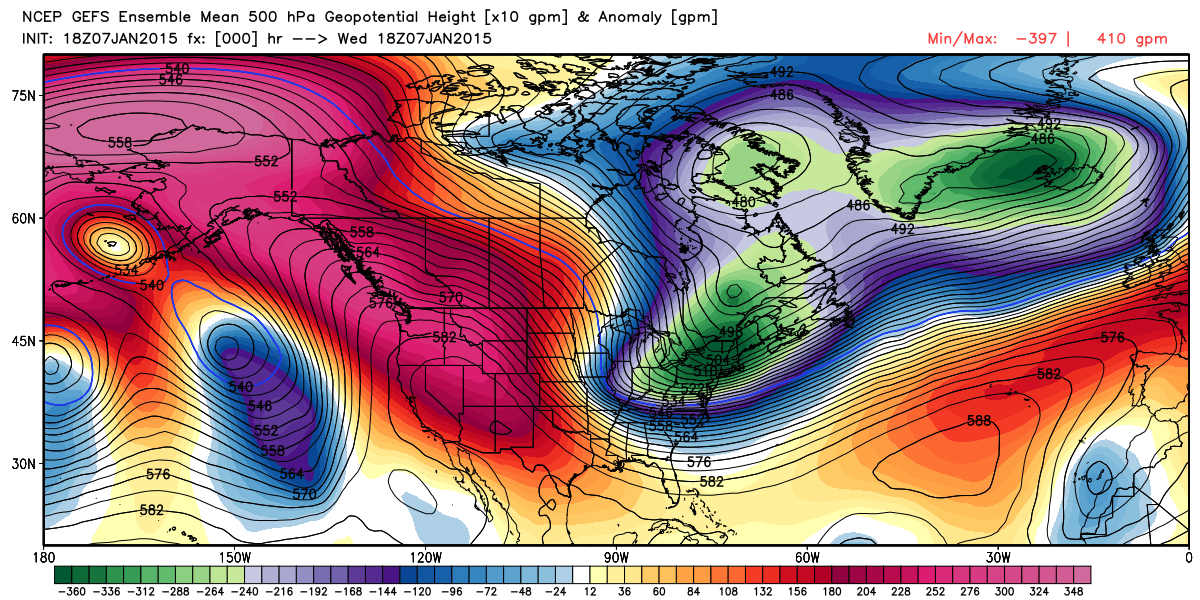 Notice the large red area over the western US northwestward to the Bering Sea. That is a pretty big road block to any storms trying to get into the western US. Conversely, the eastern 1/3 of the country is in the deep freeze with snow and cold. We are in between those two airmasses, which is why we've had cold days followed by warm days recently. Kind of getting pieces of both from time to time. Later this month, the pattern is likely going to change to something looking more like this: 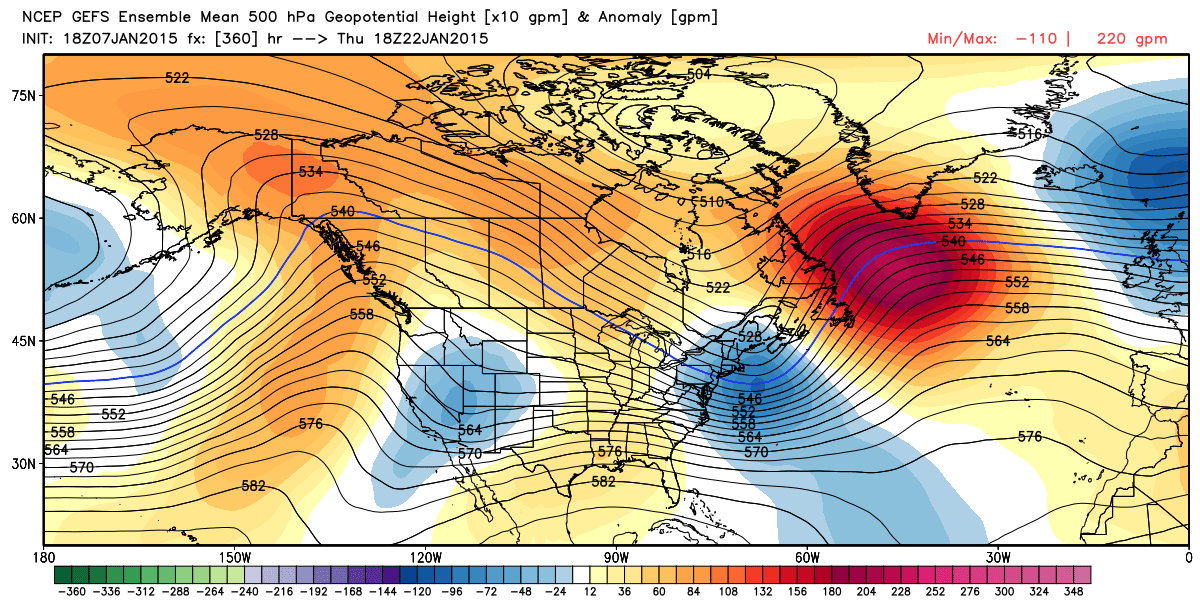 Notice the difference? All of that "red" is gone from the western US and is replaced by blue. That blue represents storminess and cooler weather and it encompasses a large part of Colorado. Other models are also showing the Pacific "opening up" and allowing more storms for us during late January and early February. Like I said, this is normally a pretty dry time of year, so if we can get a bonus storm or two that is just icing on the cake. There are also some signs that the Madden Julian Oscillation may become even more active than it has lately, and move into favorable phases to produce active weather for us. Here is what it is doing now:

The farther away from that center circle, the stronger the MJO signal. Later this month, it is forecast to roll through phase 6, 7, and possibly enter into phase 8, but as a weaker signal. At the very least, that usually means increasing chances for moisture. Historically, here is what each phase usually means in terms of precipitation. Green = wetter; brown = drier. 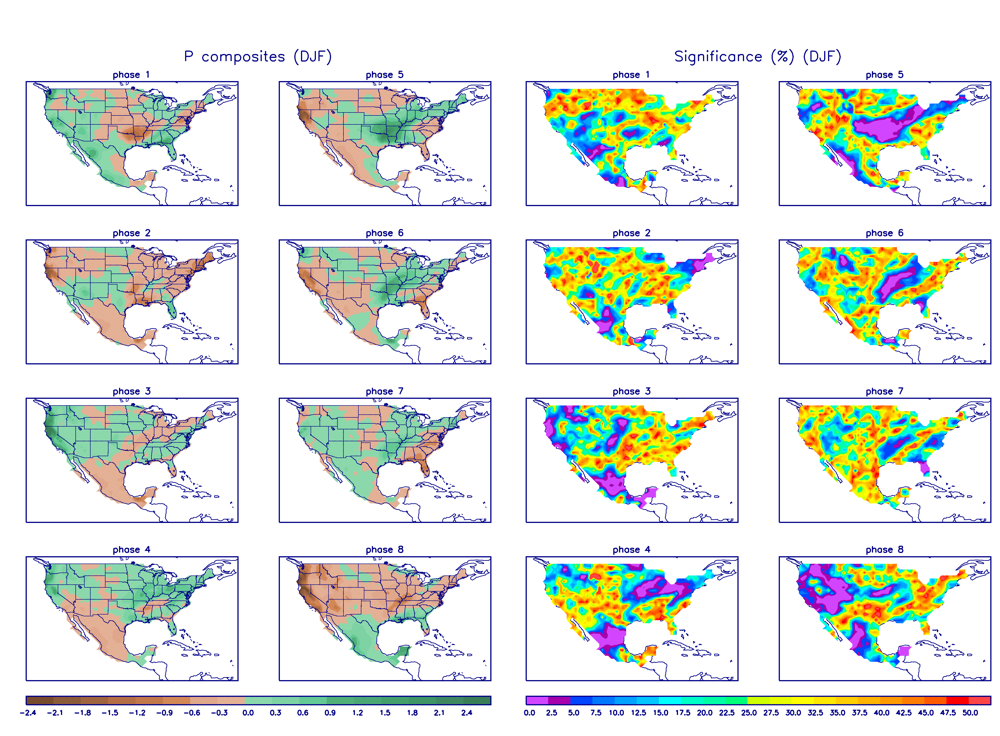 So, while the east is active now, the west looks to get active later...

For those of you wanting additional long range forecast info, I am going to wait for the latest JAMSTEC model later this month before doing a longer post. For those of you keeping score, the December run still has Colorado a bit warmer than normal and slightly wetter than normal through February. It also continues to paint a cold and wet spring for most of Colorado. All certainly good news...