Blizzard warnings up from NYC to Boston
We start tonight in the Northeast where a big storm is set to bring feet of snow to some locations from New York City to Boston by Tuesday. The National Weather Service in NYC has issued a Blizzard Warning which goes into effect 1pm Monday and continues through midnight Tuesday. They are forecasting 20 to 30" of snow, with 20 to 30mph sustained winds and gusts to 65mph through the duration of the storm. There is a similar forecast for the Boston area, with the brunt of the storm pushing through late Monday night through Tuesday, with wind gusts to 75mph.

Here's a look at the 12z GFS snowfall forecast through Wednesday for the Northeast. The ECMWF 12z run was even more impressive back west to the NYC area. 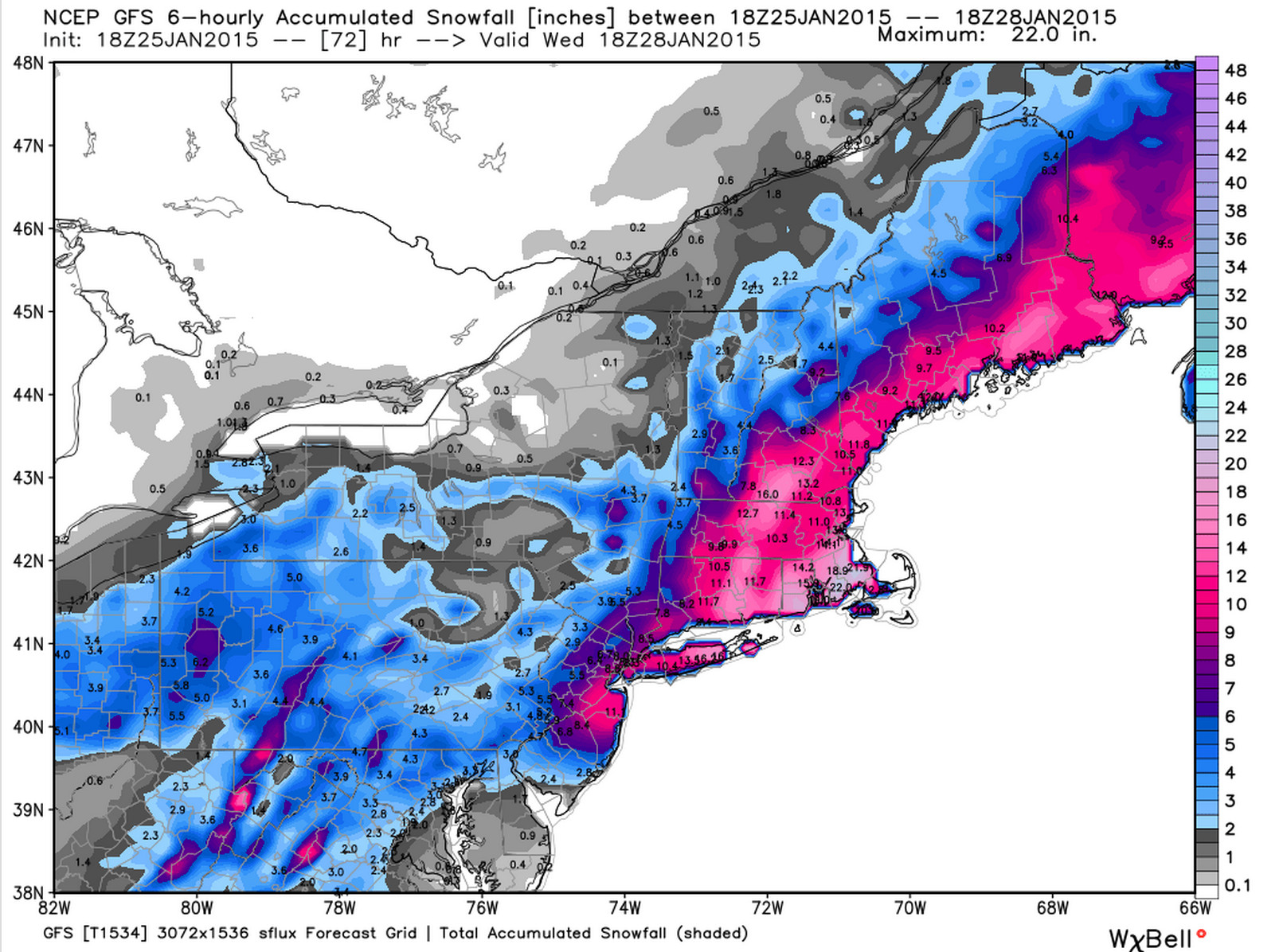 And a look at the GFS forecast for 12z Tuesday, a potent storm tracking along the New England coast. 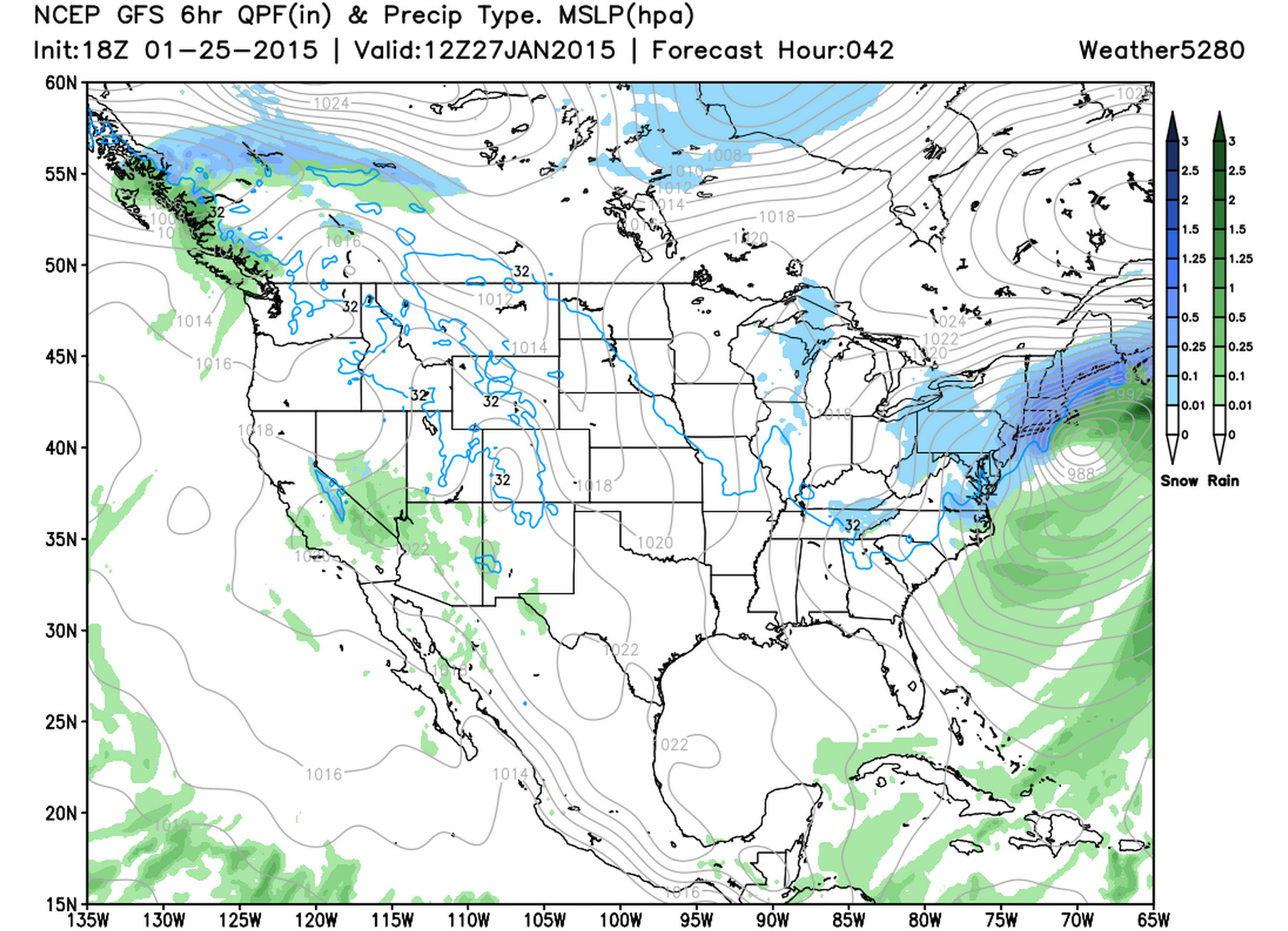 70s possible for eastern Colorado
Meanwhile, back home... The State of the Atmosphere will be polar opposite of what the Northeast will experience over the next few days. Downtown Denver made it to 62° degrees this afternoon, and will likely be warmer both Monday and Tuesday, with highs nearing (possibly breaking) 70° Monday afternoon. Incredible!

While the headlines will be all winter this week, much (most) of the country will be experiencing above average temperatures through Wednesday. Take a look at the GFS maximum 2-meter temperature anomalies forecast for 18z Tuesday, 20 to 30 degrees above normal for much of the middle of the country. 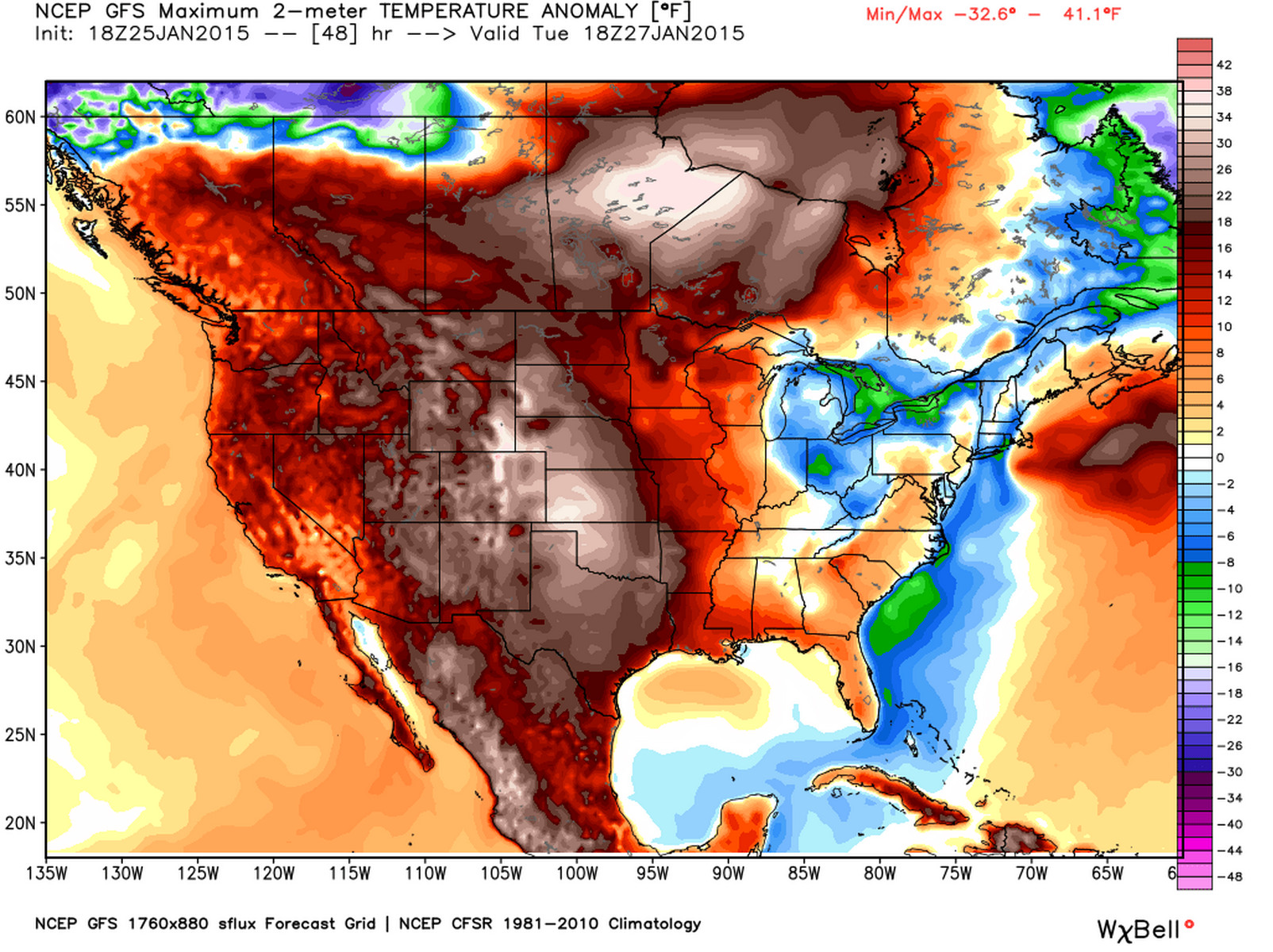 Late week
By later in the week things start to change a little around here, although as this weekend has progressed, those changes have looked more and more marginal. A large upper level low will move into the southwest to end the week, but for the time being looks to stay too far south to have any big impact on northeast Colorado. At times the GFS has showed a much more favorable track for this low, and a strong cold front moving across eastern Colorado for the weekend, but overall ensemble support hasn't been great here.

The GFS/GEM have been most bullish on snow – but recent runs of the GFS have backed away considerably from this scenario. In fact, today's 12z GFS produced exactly 0.00" QPF for KDEN through the end of its run. The EURO came in (a bit) wetter today, but keeps the main feature tucked much too far southwest through the weekend for me to get too excited here.

Overall, looks like the end of the week into the weekend will be cooler across the state, but snow chances, especially across northeast Colorado remain on the low side. Much like last week's system, the southwest U.S. will do very well with precip-wise with this coming system. The upper level low will be very slow to progress east, and should bring good rain and snow to Arizona, New Mexico, and Texas into early next week. 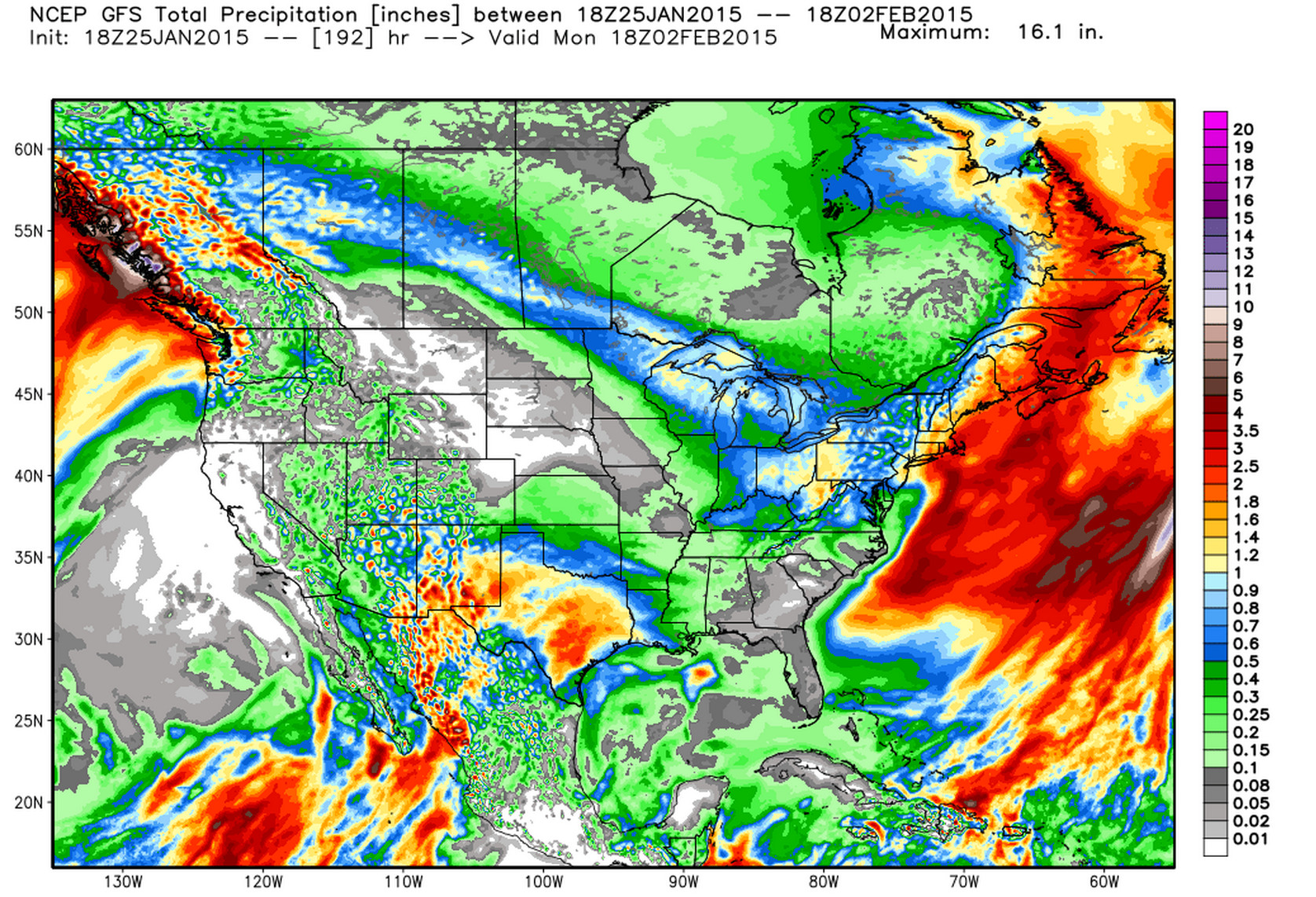 There is still plenty of time for things to change. As I mentioned above, both the GFS and GEM have had several runs over recent days where they brought heavy snow pretty far north across eastern Colorado. While at the moment this certainly does not look like the likely scenario, let's see how things shake out over the coming days. The same precipitation map from the EURO looks very similar, but brings heavier precipitation a bit further north today.