Looking Ahead to The Next Round of Snow

We know we are just putting the finishing touches on our current snow event, but we are already focusing on a storm system for later this week. While Monday will be cold, we aren't worried about any additional accumulating snow. In fact, we could see a bit of sunshine during the afternoon. High temperatures will look like this (see image below), not very high and much below normal for the date. 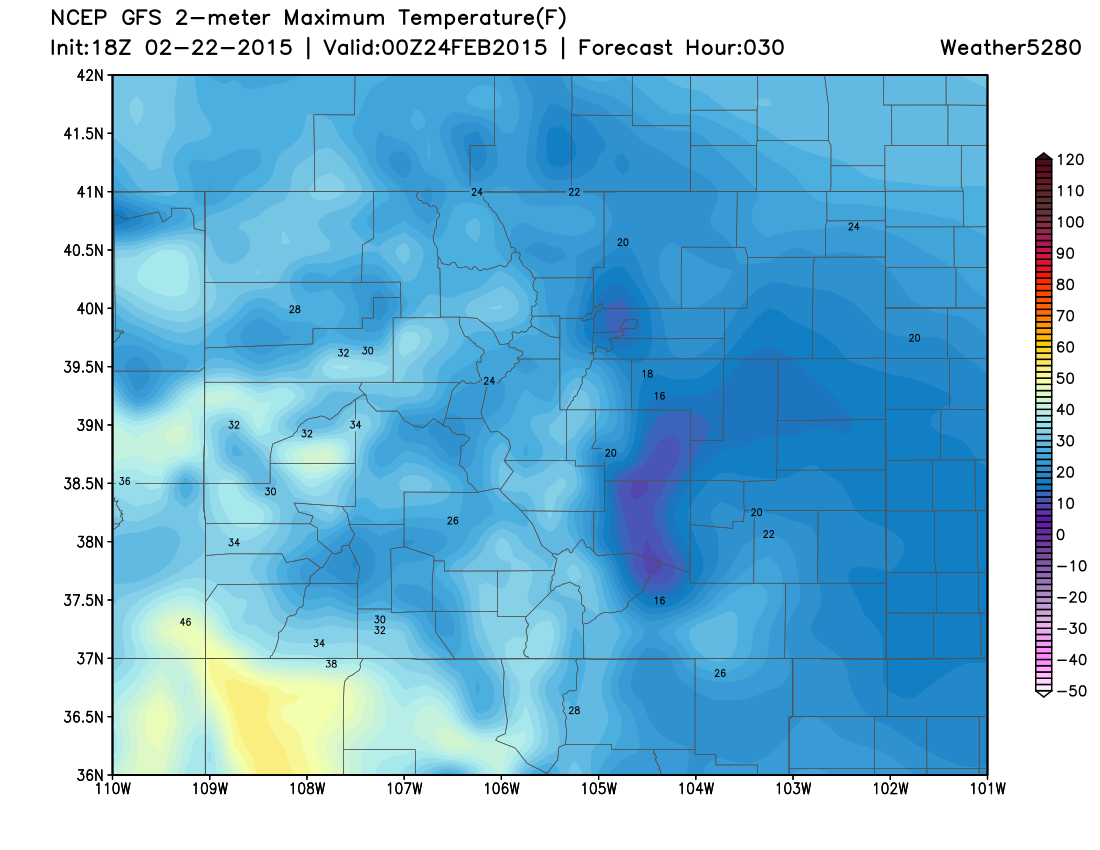 Tuesday will be a rather nice and quiet day, with warmer temperatures, mainly in the 30s. 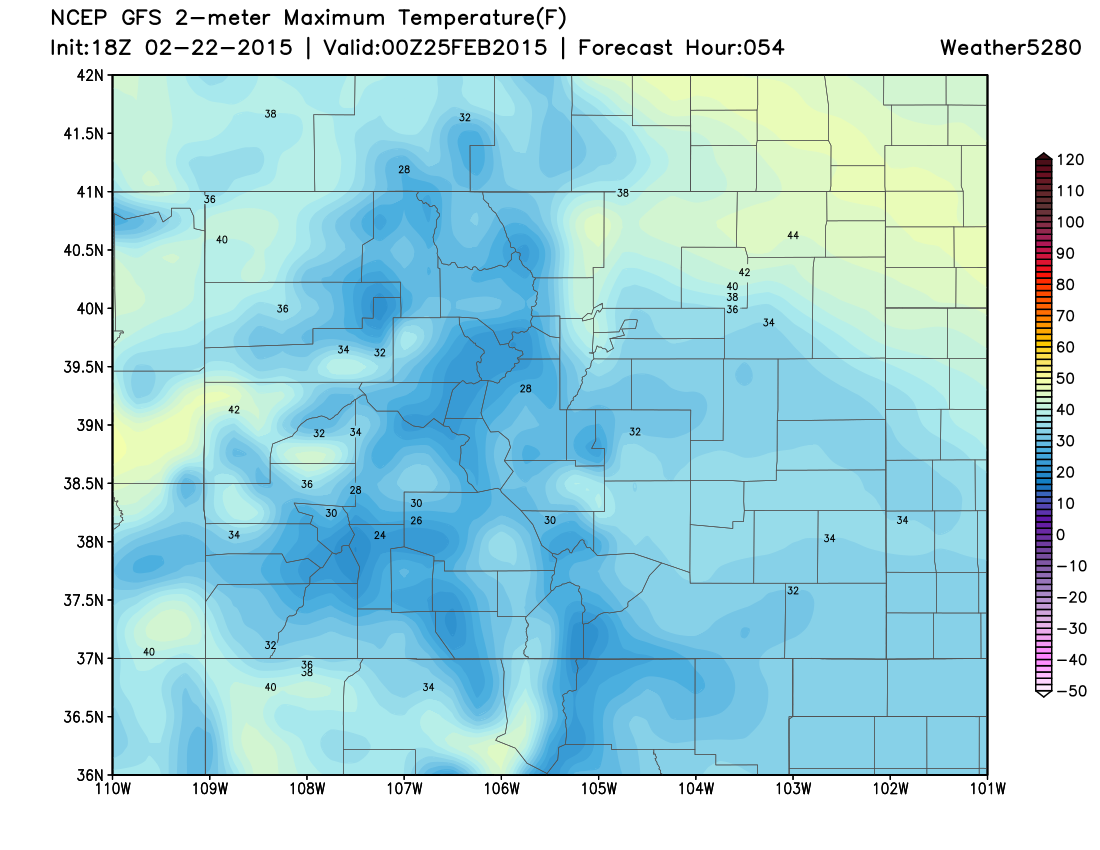 Wednesday will be the transition day... The first half of Wednesday should be fine for most of us. By midday Wednesday, a strong cold front will be surging southward along the Front Range. You can see the increasing wind from the north along and north of I-70 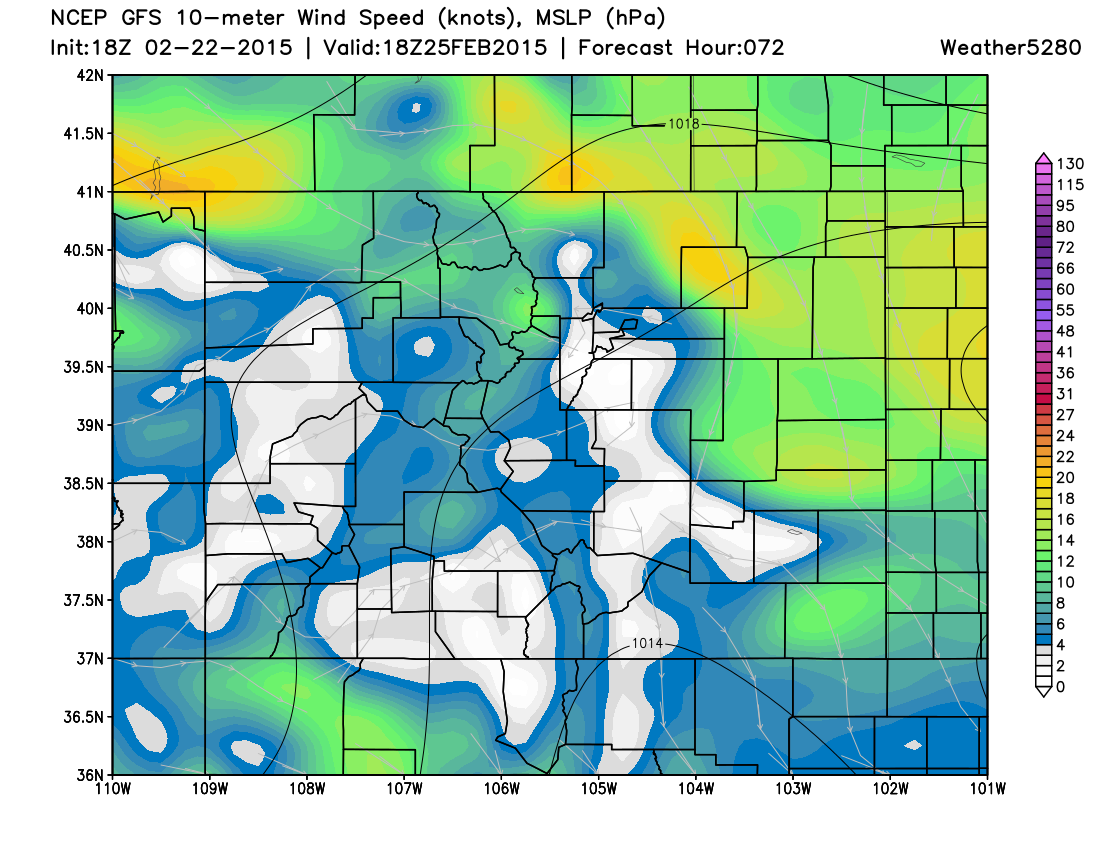 By 5pm, the front continues to race south and almost everyone in Eastern Colorado is feeling the impact of wind and falling temperatures: 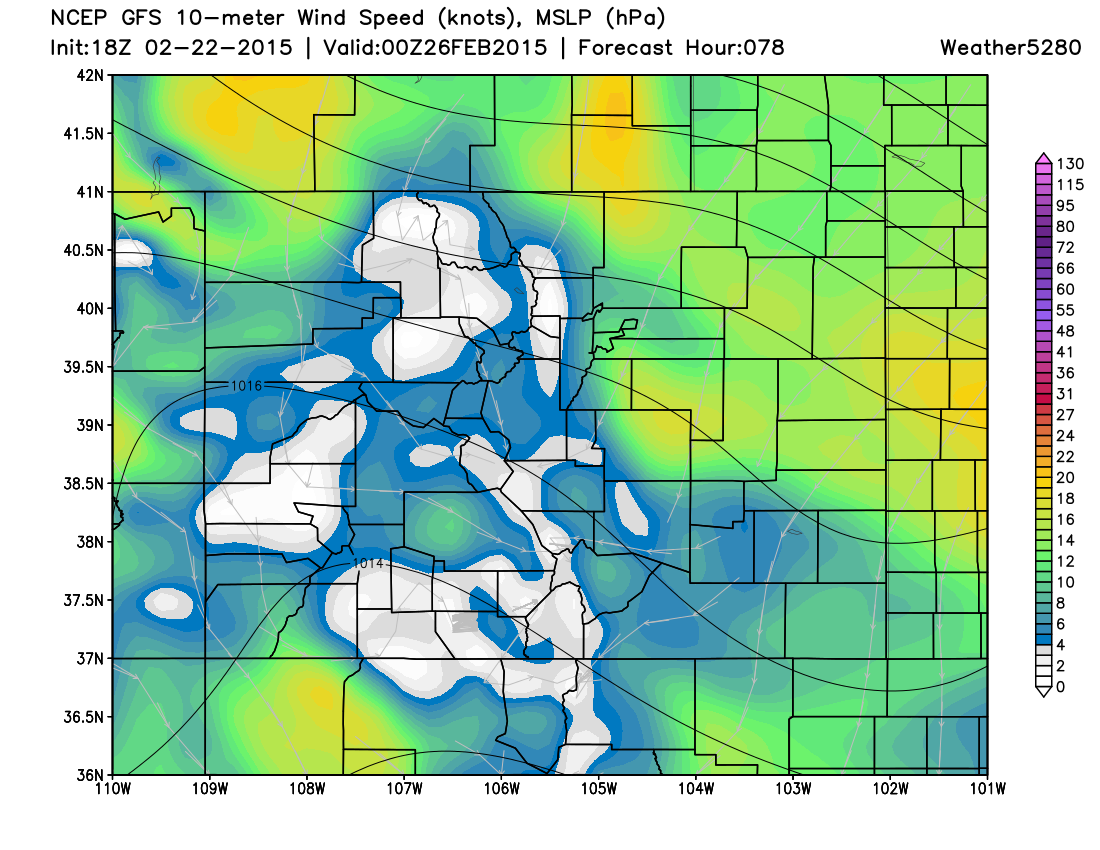 As the Arctic air pours in from the north/northeast, and upslope flow develops, there will also be some snow. While it is a bit early to put say how much we might get, you can see that the GFS model is painting the best chance of accumulating snow along the mountains/I-25 Corridor: 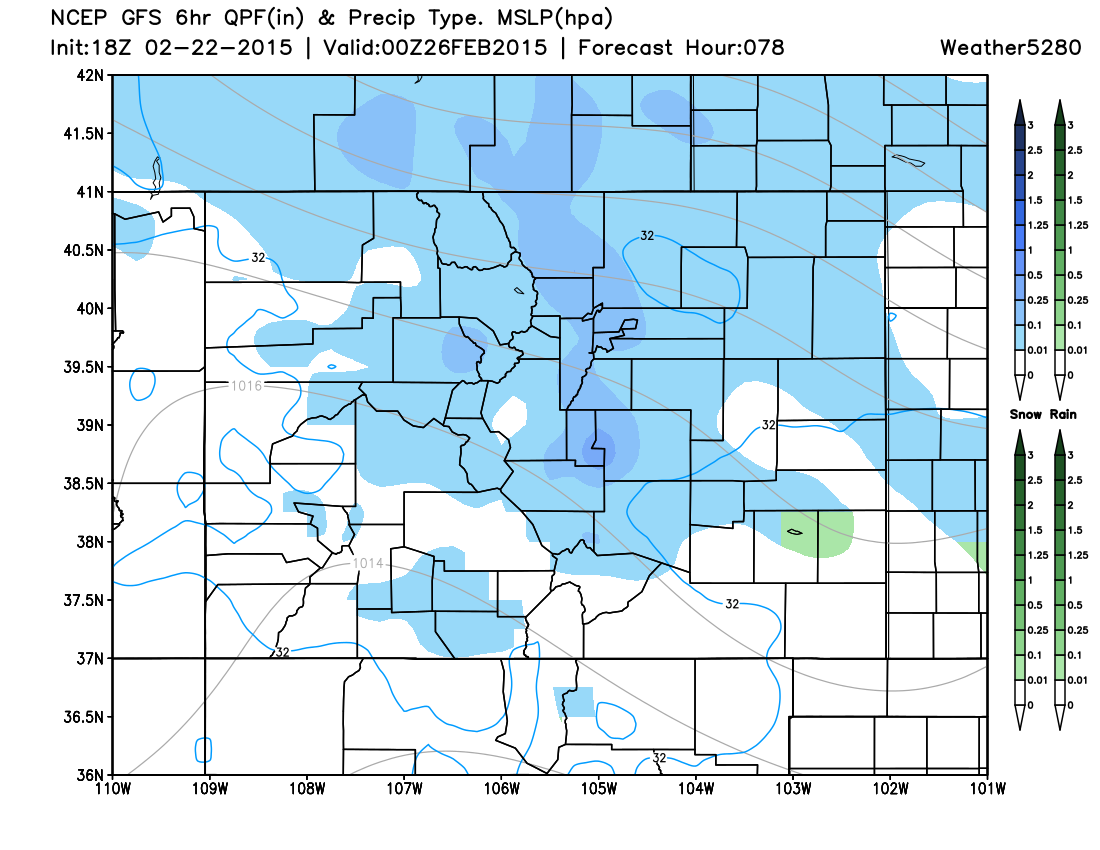 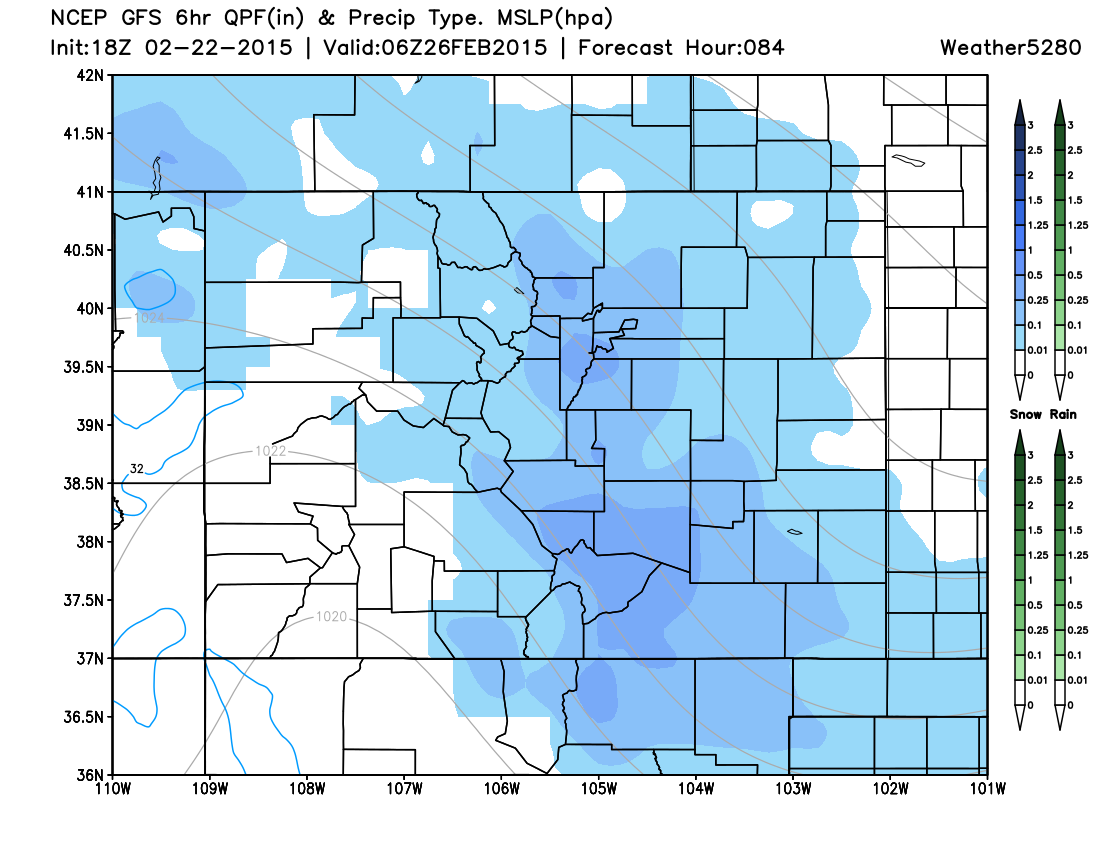 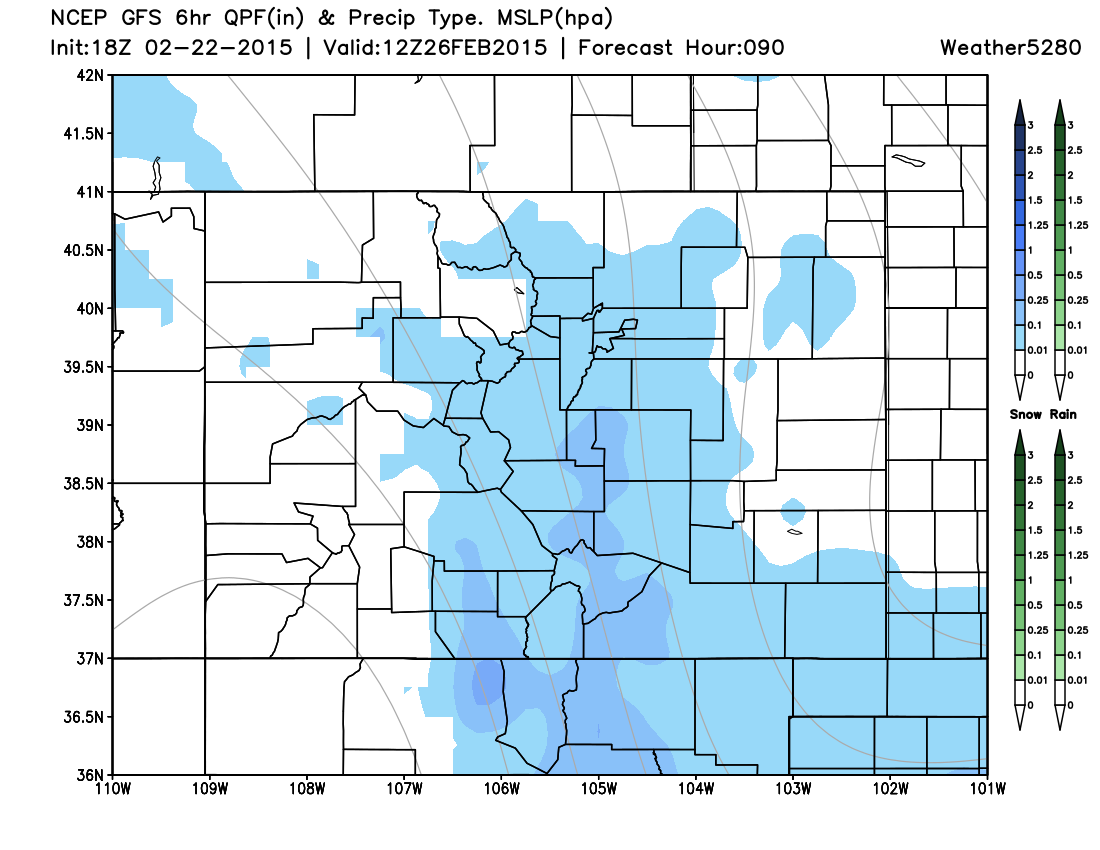 Looks like a quick shot of snow MAINLY along the Front Range, but it will likely have some kind of an impact on the Wednesday evening commute. Due to the influx of Arctic air, and very cold temperatures, the roads may also be quite slick for the Thursday morning commute.

While we may still see some flurries on Thursday, the real story will be the cold temperatures; we'll be some 15 to 30 degrees below normal for much of Eastern Colorado by midday. 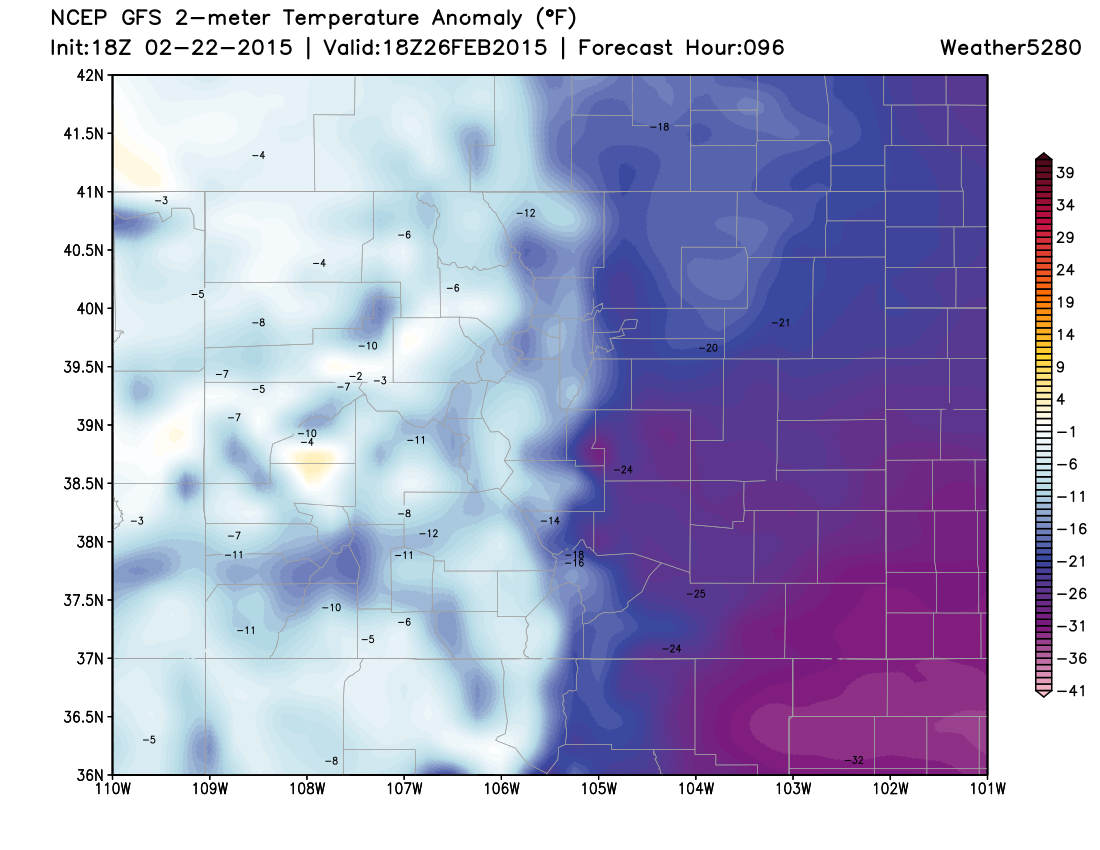 Bottom-line, the weather pattern will remain wintry and quite active over the next week or more. Another storm system is in the pipeline for late in the weekend. Many questions remain as to how that may or may not impact Colorado. However, one thing is for certain, the storm track is loaded up and it is game on for quite a while...