Snowpack Is Up But So Too is The Avalanche Danger

The recent heavy wet snow of the past week – more than two feet for many mountain ranges – fell onto a harder packed snow layer. That icy, hard layer formed during January when there was a lack of snowfall, and warmer than average temperatures. 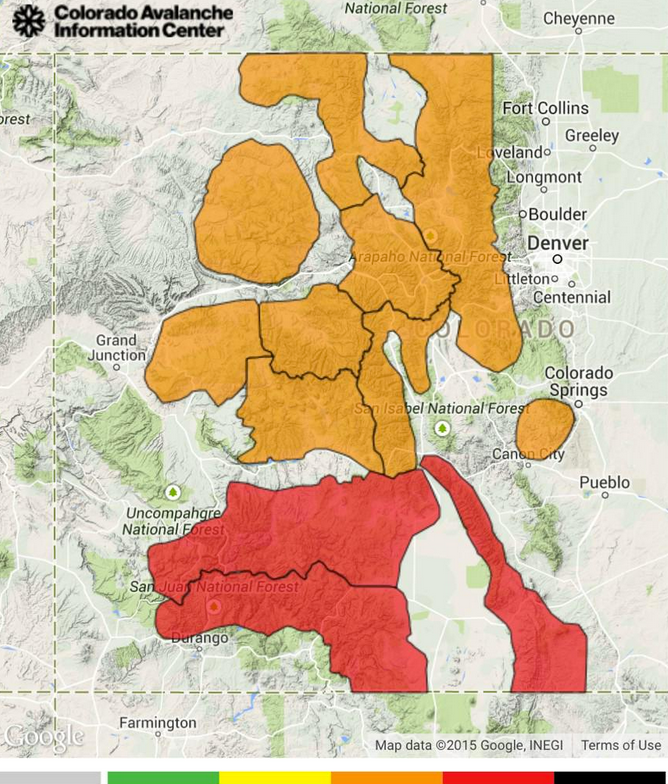 This threat not only concerns back-country enthusiasts, it also applies to all mountain drivers. CDOT actively monitors the threat of slides onto roadways. They may close sections of roads for periodic mitigation efforts, as was the case Monday for Red Mountain Pass. Amy Ford with CDOT says they are closely watching all mountain routes for possible preventive work this week.

Drivers along I-70 from Georgetown to the Tunnels, or over Berthoud Pass, can easily see the threat building. Well defined, and growing, cornices can be seen at the top of the peaks. Common slide areas are visible along I-70, US 6 over Loveland Pass, and Hwy 40 over Berthoud Pass to name just a few routes.

There's additional heavy snowfall expected this week, especially for the southern mountains. This could raise the avalanche risk even higher for the state heading into a busy travel weekend. Drivers are encouraged to check with CDOT daily for planned closures due to slide mitigation work. This will save a lot of time sitting in standing traffic.

The snowpack had dwindled after a dry January for the mountains. Most of the high country had one of the driest months in three decades. That lead to a loss of snowpack, and the water amount within that little snowpack began to really diminish.

However, February has turned into a much snowier month, and the snowpack is recovering. Today's snowpack numbers show the driest areas of the state to be the southwestern mountains.

However, take a look at precipitation over the last five days. The greatest totals can be found across southwest Colorado, where the snowpack is hurting the most. Great to see! 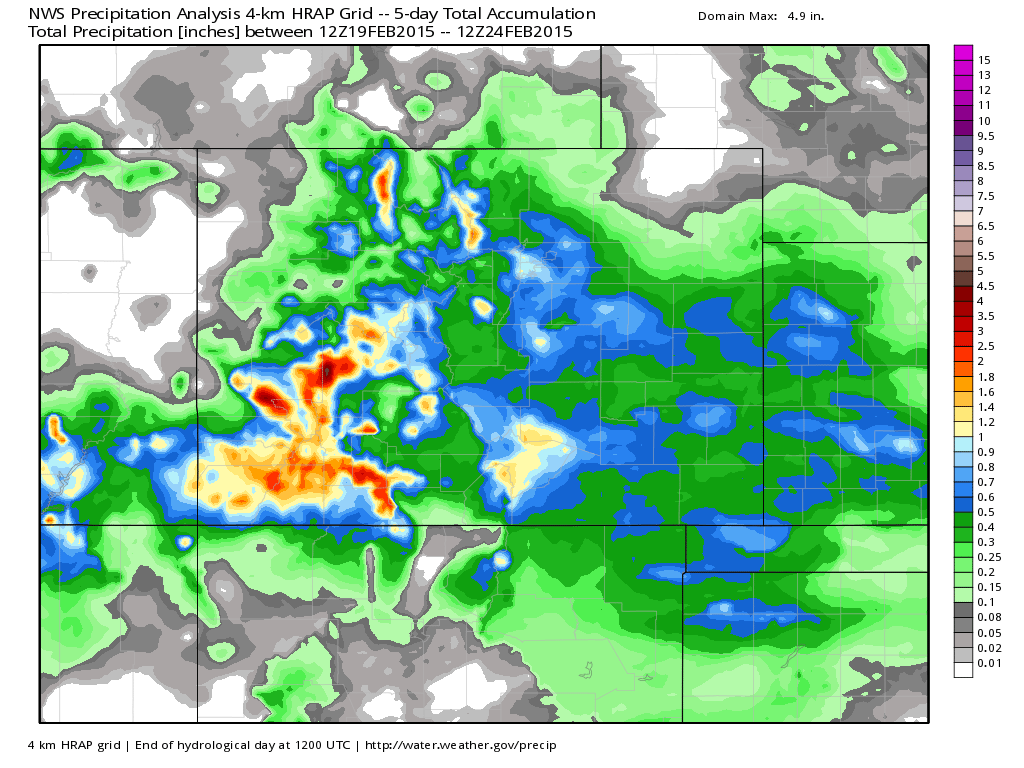 The Front Range has a surplus of water. This area has benefited from a wetter than average December, January, and now February.

Here is an interactive map showing the total precipitation, and snowfall, from September 1st, 2014 to February 23rd, 2015.

The southwestern mountains have had a dry go of it, but the pattern has changed. The ocean patterns have shifted, therefore causing the atmosphere's pattern to change also. Through the rest of February into March and April look to stay wetter than average for the state. This week's snowfall will hit the southwestern mountains particularly hard. Feet of snow is expected there through early next week, and that's fantastic news considering how much they have to make up for.