We last updated you on Colorado's snowpack nearly a month ago on February 12, and the picture we painted was a grim one for much of Colorado, especially across southwest portions of the state.

But we also said, don't give up yet, as we liked where the pattern was heading. Sure enough, we've seen huge gains over the last month. Not enough to get back to normal – the deficit was simply to big – but a great step in the right direction, nonetheless.

Southwest Colorado had a great end to February, including >80" last week for Wolf Creek Pass. The San Juans, San Miguel, Dolores, and Animas region has gone from a snow water equivalent (SWE) as a percent of normal of 60% on Feb 11, 2015 to 79% as of March 4, 2015. Similarly, the Upper Rio Grande jumped from just 59% of normal on February 11, to now 87%. Lastly, we saw the Arkansas basin jump from 89% to 105% of normal over the same period. For the part of the state that needed it most, this is great news. See the map comparisons below. 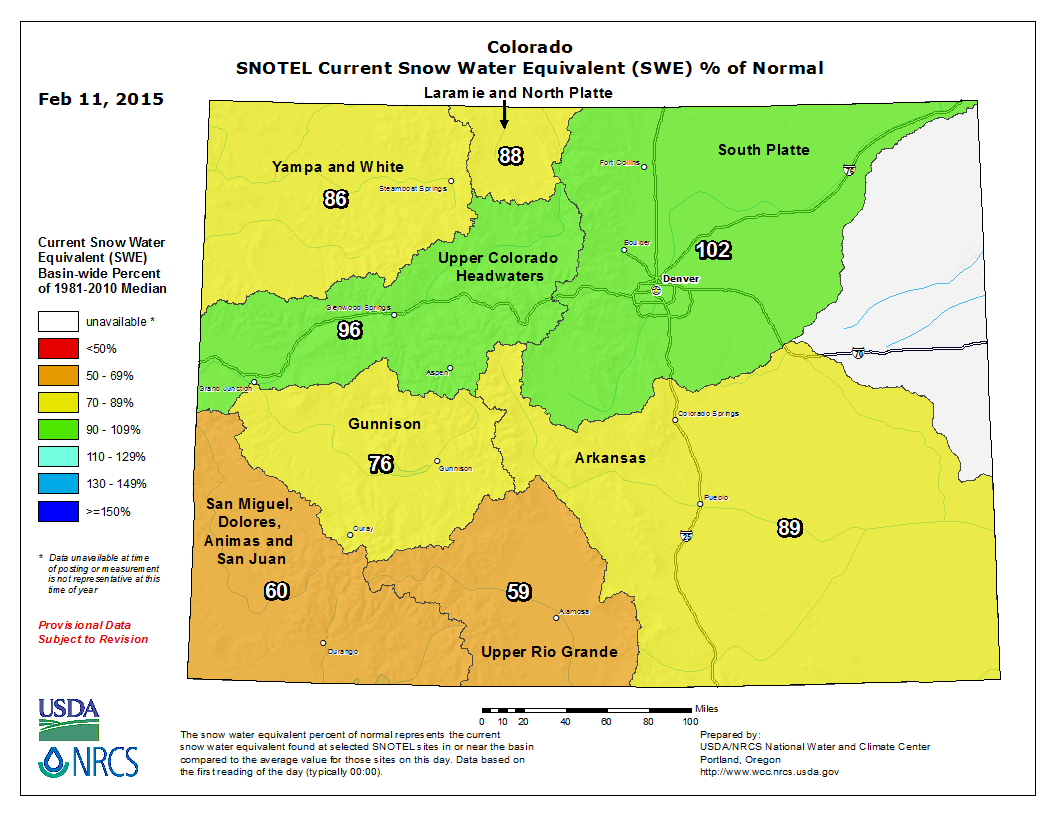 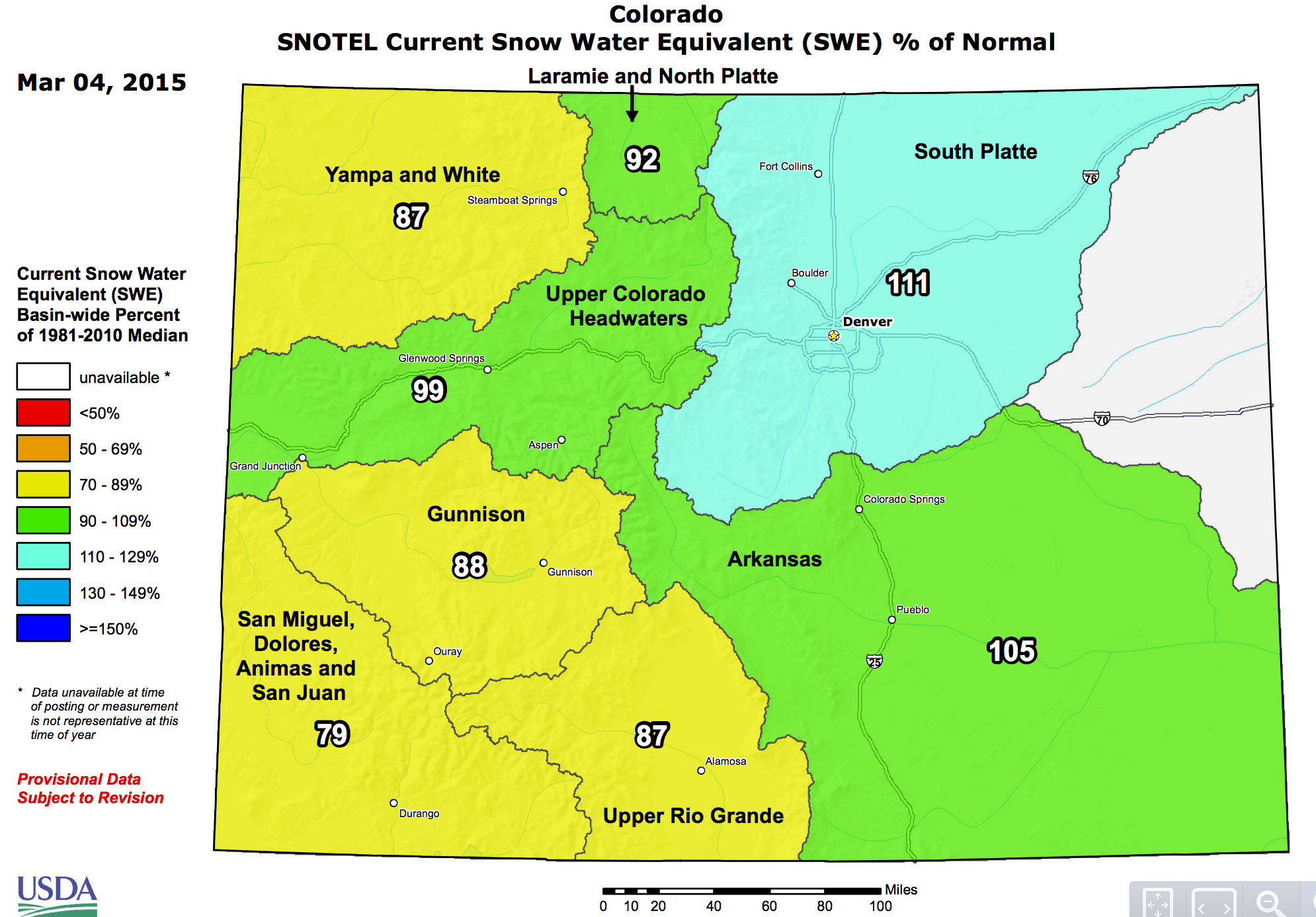 With all the great snow to end February, Colorado's statewide snowpack has gone from 82% to 93.5% of normal in just under a month, of course helped greatly by the 111% in the South Platte basin. Still a ways to go, especially for southwest and northwest Colorado, but progress.

Will Colorado make it to normal snowpack this winter?
At the moment, this looks like it'll be hard to do statewide. The deficit in the southwest was so great going into February, that for this part of the state to get back to normal will take weeks of constant heavy snow.

The good news is, I don't think most folks believed we could see such a big turn around so quickly in this part of the state. The numbers are encouraging. The bad news is, at least over the next 7 days or so our pattern statewide is a quieter one.

There's still time, however, to boost snowpack. Colorado's snowpack does not peak until April 9th on average, giving us still 4 to 5 weeks to make gains, but the NRCS estimates we'll need to go 136% of normal here on out to reach normal peak, which will be challenging to do.

Here's a look at Colorado's statewide snowpack summary from NRCS. The dark blue line is the current season, which really flattened out heading into Feb, only to really rebound to end the month. While still below normal, we're headed in the right direction, and now head of where we were in both 2012 and 2013. 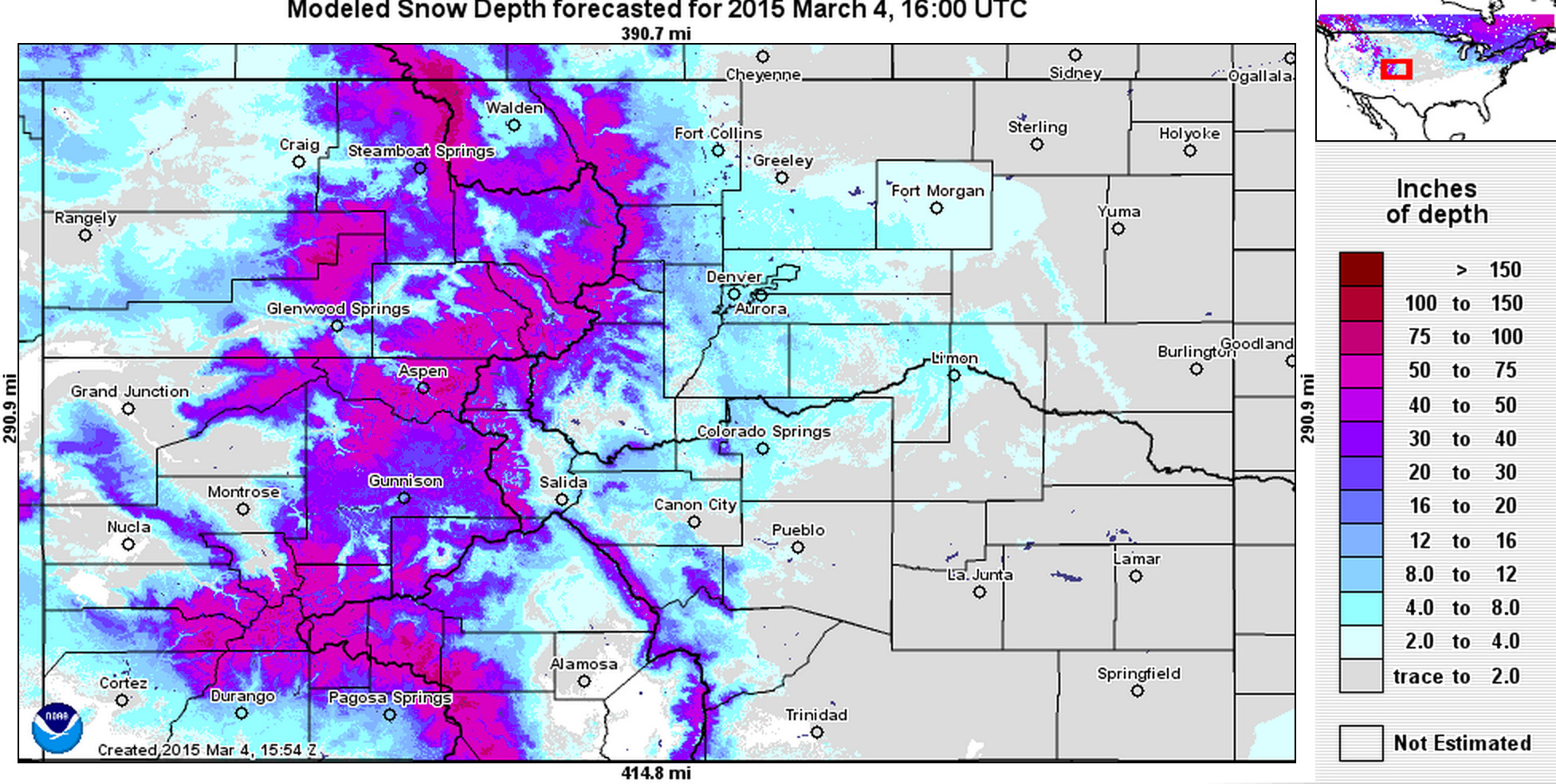 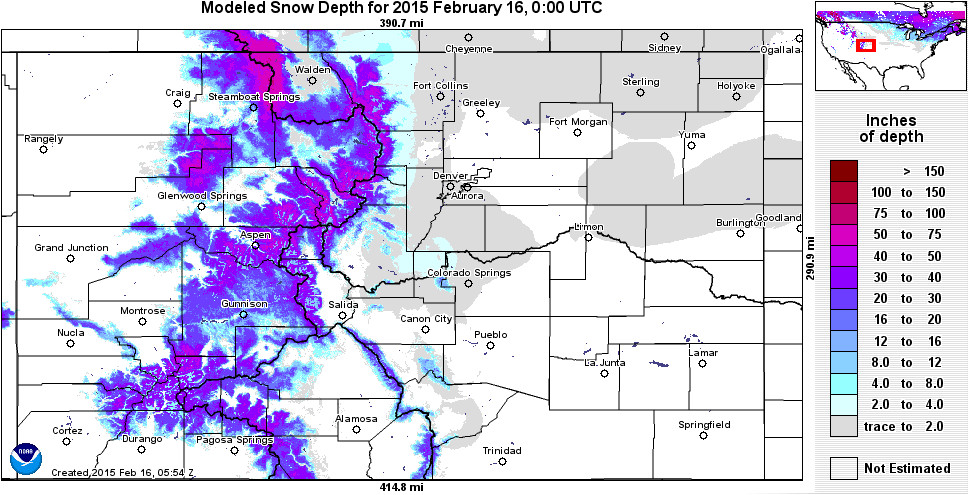 Models are in decent agreement that we quiet things down across the state for at least the next 5 days or so. We'll see a few passing disturbances, but nothing to deliver widespread heavy precipitation. Beyond 5 days models diverge a bit, with some indication our next weather maker moves in around the 12th or 13th. The ridge building in now is much more transient than we've seen much of the winter, so we do expect it to break down again before too long. Until then, mostly dry for the west and northern Plains states. 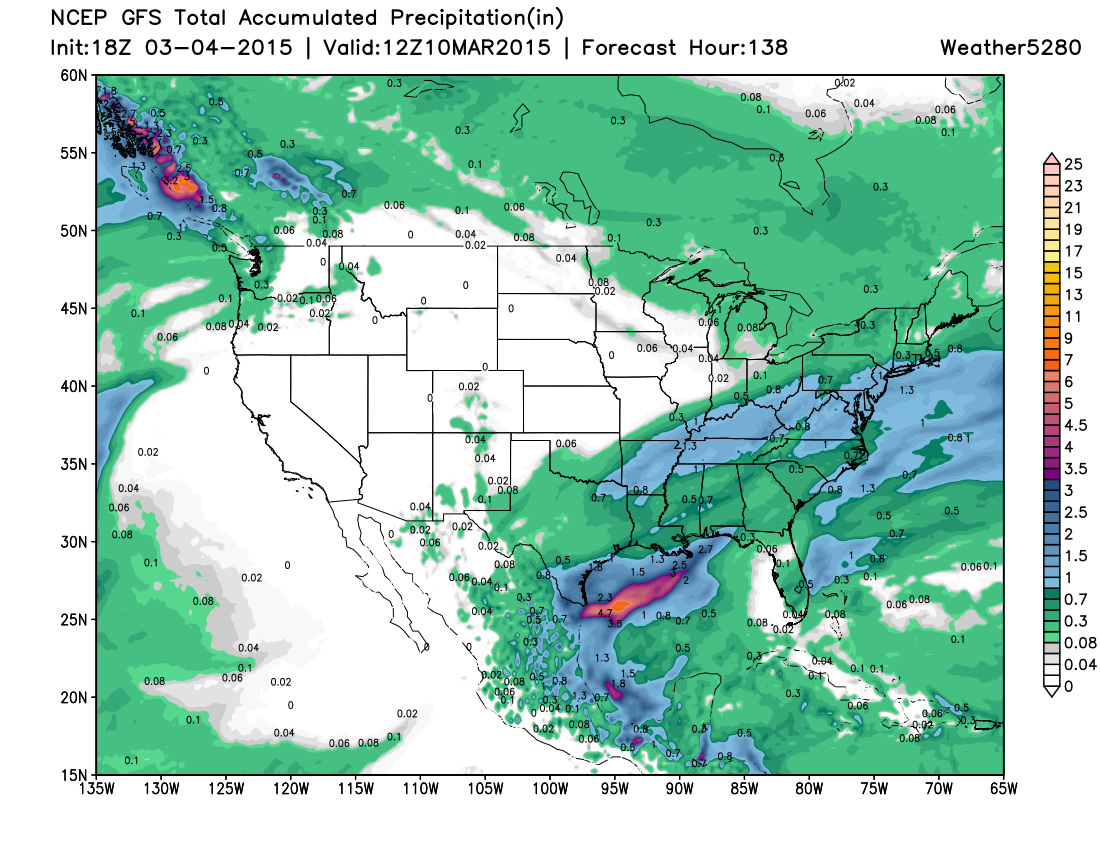