What's Denver's Weather Like in August? Climate Normals and Extremes

It's hard to find much to complain about when it comes to August in Colorado. As the last month of meteorological summer, August can feature both extreme heat and hints of fall chill. The average temperature for the month is a nearly-perfect 72.5°, which is two degrees cooler than July, the warmest month of the year.

In many ways, August is one of the state's quieter weather months. The severe weather threat drops off rapidly as compared to June and July, with flash flooding, lightning, and damaging wind events the primary weather threats for the month. A look at national severe weather probabilities shows the decrease in odds through the month of August, with probabilities dropping significantly for northeast Colorado by the end of the month. That's not to say August can't feature extreme weather, however, as we'll explore below.

Precipitation
August is the driest month of the summer with 1.69" of precipitation on average for Denver. Typically the precipitation pattern is opposite of July, in that it starts wetter and ends drier as we head into the much drier (on average) month of September. 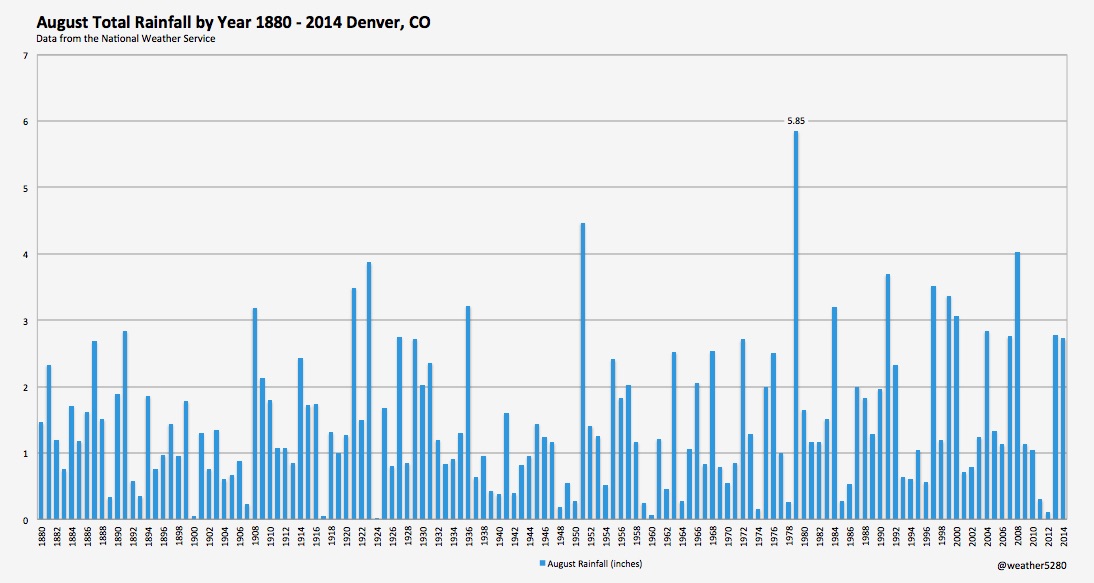 Temperatures
While August can get very hot (Denver hit 104° as recently as 2008), the month on average sees less days with extreme heat as compared to July. Since 1980, Denver has only recorded eight Julys where the maximum temperate for the month reached 100° F or warmer. In 2014, the warmest temperature for the month was 91°. 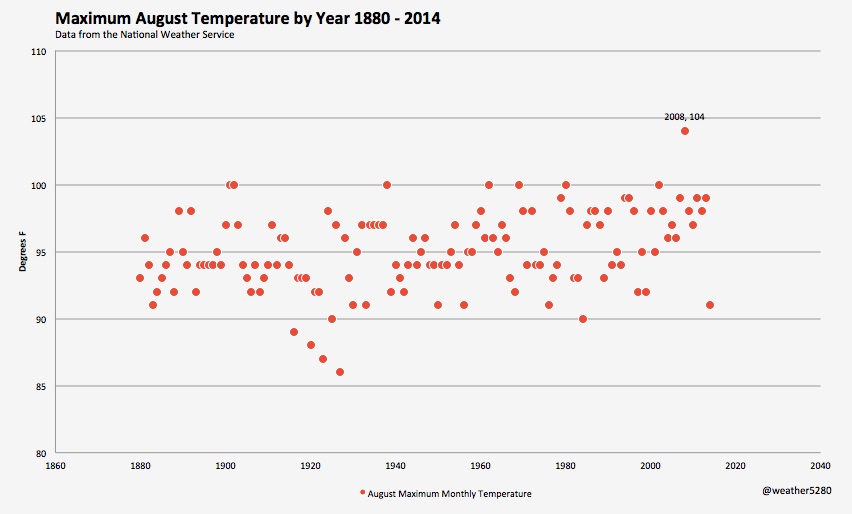 August also has the distinction of being the month where Denver's average high temperature begins to fall again after reaching a max of 90° to end July. On August second the average high drops from 90 to 89°, eventually falling to 84° by month-end. The average low dips from 60° on August 1st to 54° degrees by August 31st. The average high will continue to fall from now through December 26, where it eventually bottoms out at 42° F.

Severe Weather
While August isn't known for severe weather across the region, Colorado has certainly seen its share of severe weather during the month through the years.

Tornado season peaks in June for Colorado, with August seeing about a third of the tornadoes June has since 1950. There have been 201 tornadoes reported in August between 1950 and 2014, with the overwhelming number of those being weak F0 or F1 tornadoes. The strongest tornado on record for the month was an F3 tornado, which occurred on August 15, 1974, just north of Sterling, CO. 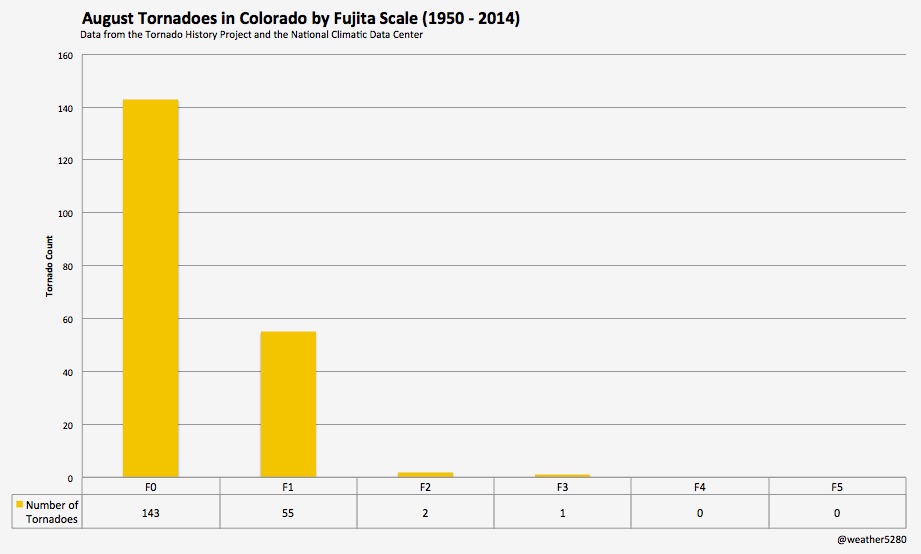 There has been no record of snowfall in Denver during the month of August, and thus is one of the few months of the year with no recorded snowfall accumulation on record. While warm weather can last well into fall, August marks the last month of the warm season where the likelihood of freezing temperatures and snow is really (for all intents and purposes) not possible. By September, Denver's snowfall average climbs to 1.0", despite temperature means remaining warm (62.4°).