Full credit for this post goes to Matt Lanza (@mattlanza) as he has put all the blood, sweat, and (mostly) tears into gathering these "Stupid El Niño Headlines". All we've done is gone ahead and put them together, in one unfortunate giant list.

What was a (sort of) forgivable poor practice by some has now taken the internet by storm when a NASA scientist called this year's El Niño a 'Godzilla El Niño' sending media around the world into a frenzy. Unfortunately, it's not all in this scientist's lap, as extraordinary headlines around this year's event have been hitting the presses for some months now.

If you're in a position to communicate, and have the power to get said what you want said via a significant platform within the main stream media, what are you doing calling this El Niño 'Godzilla Niño' and naming it the 'Bruce Lee of El Niños'? Work on being a better communicator, and not a headline generator.

The subject really deserves a much longer conversation, but in so many ways it's like beating a dead horse that only sees your beatings as clicks. Media outlets starving for clicks are willing to do just about anything to get you to do so, including littering the internet with nonsense El Niño headlines, because #winning.

So instead of breaking things down in a clear and thought-out manner, we'll accept that it's Friday, Godzilla is scary, and a year from now when California is very much so still on the map, no one is going to care or bother to hold these organizations responsible for their banter.

Related: A Closer look at What El Niño Means for Rain and Snow in Colorado

So thank you Matt, and give him a follow as I'm sure the next months will feature more gems like these.

In no particular order, just chaos:

The state of things on August 13, 2015. Have yourself a Thursday, America! #climate #elnino #fear pic.twitter.com/FEqUA8gJES 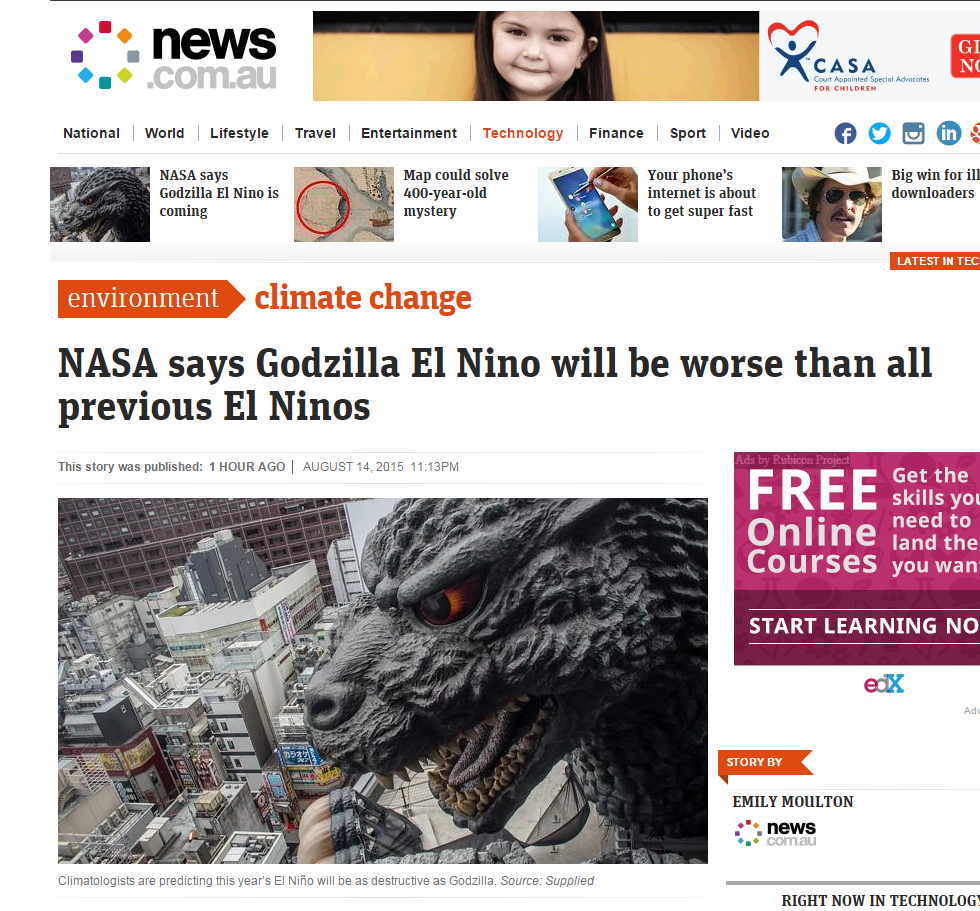 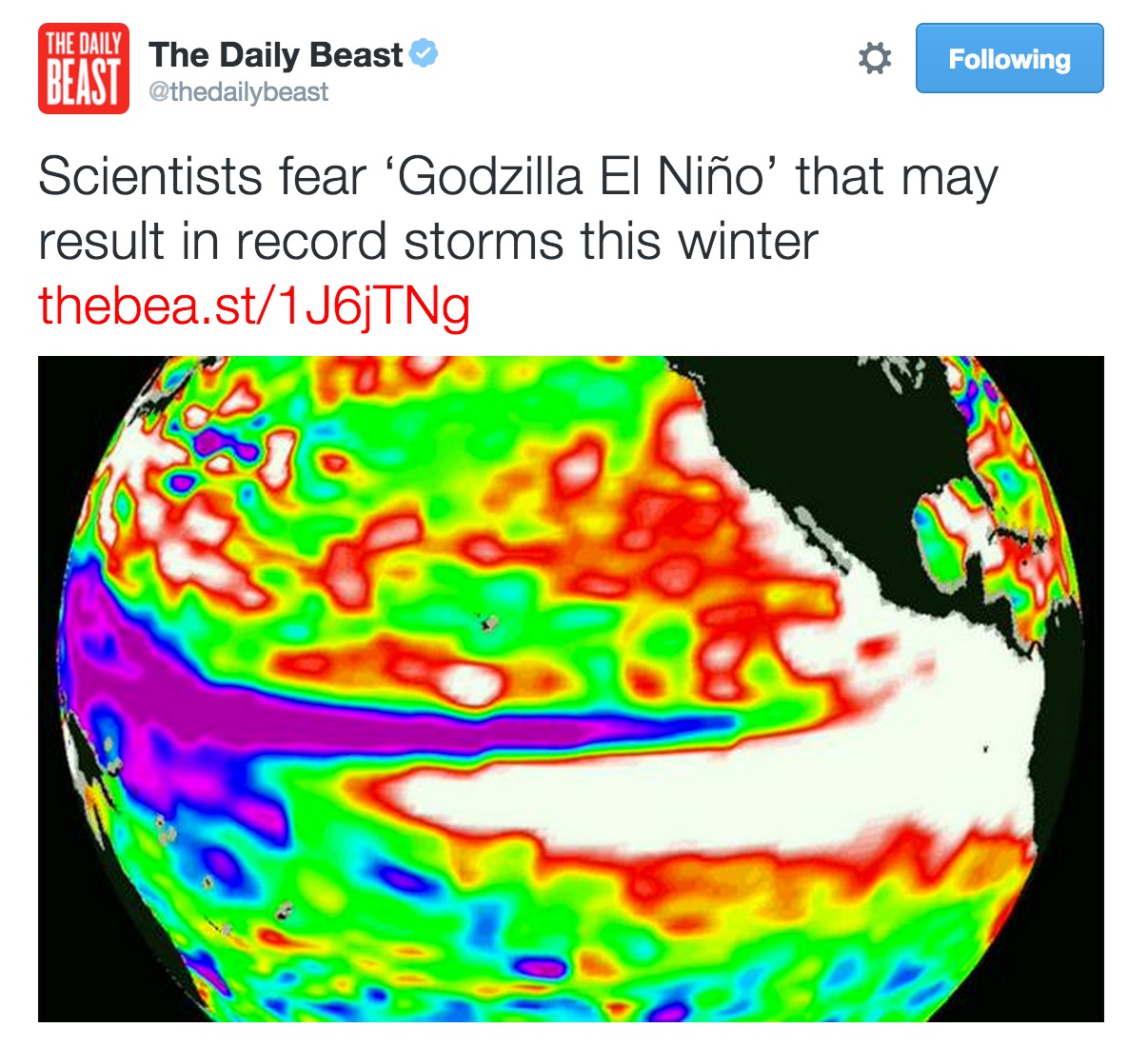 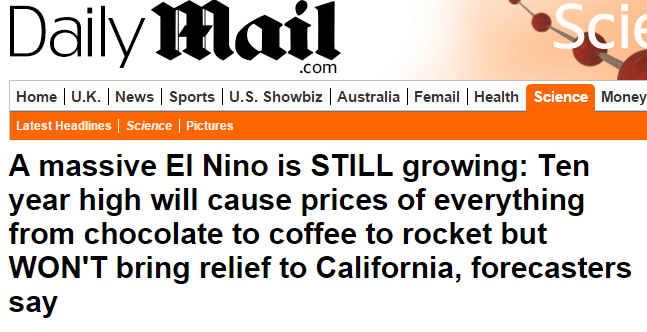 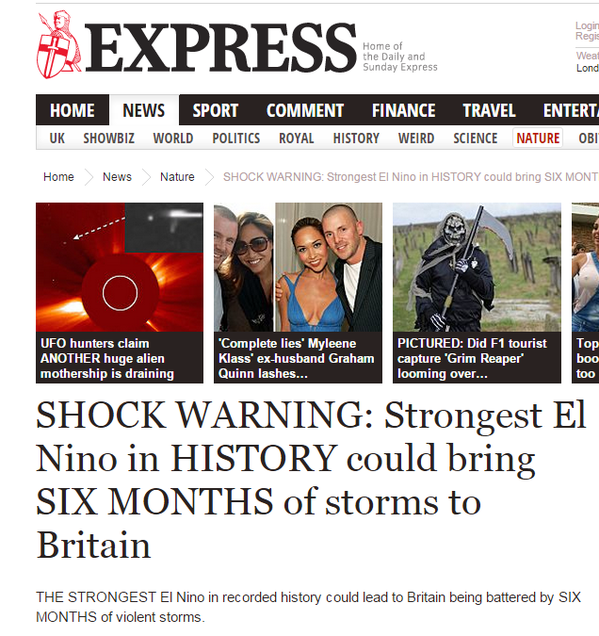 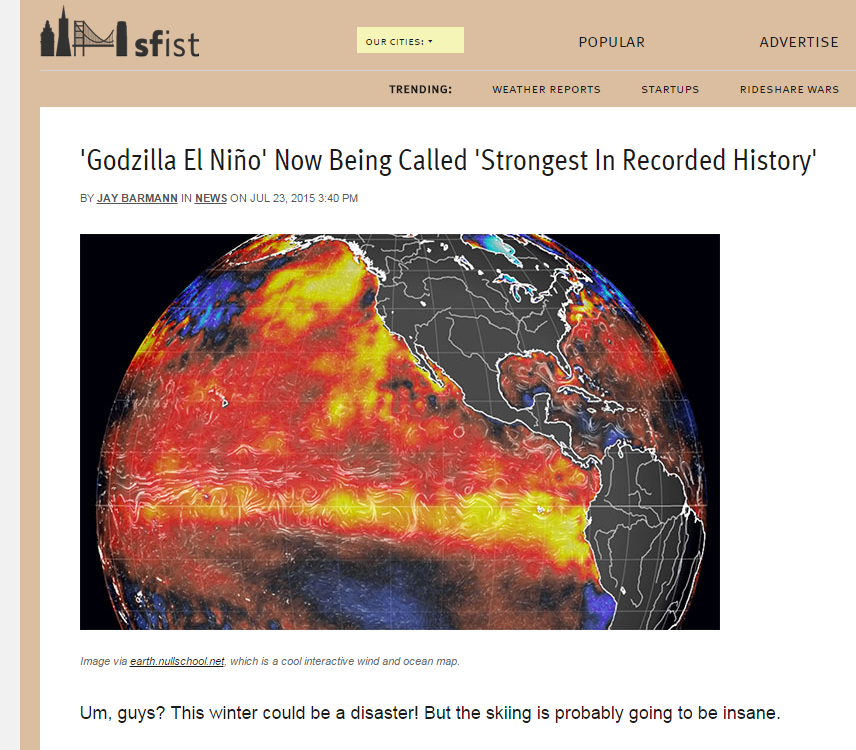 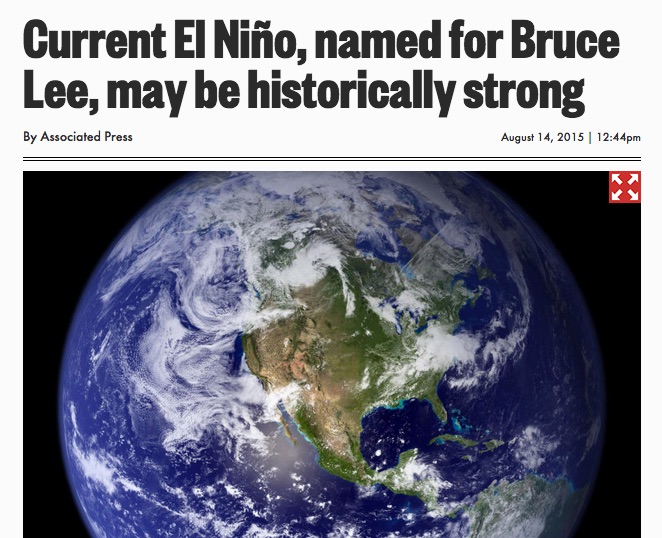 We no doubt missed many, so have one (or five) to share? Add them to the comments below! Happy Friday.