The MJO is Waking Up!

Pattern change means moisture chances will increase for Colorado
You hear us talk about various global teleconnections and oscillations, but the Madden-Julian Oscillation is one of the most important. We've talked about it many times before and recently reported that the very weak MJO signal late this summer was likely responsible for our failed monsoon. However, the MJO is starting to come to life and could have rather large implications for our weather during the next several weeks. Here is the MJO Index forecast through October 30th from the ECMWF Ensemble System:

Remember, the farther away from the center circle the yellow lines are, the stronger the MJO signal (the green line is the mean of the ensemble). So it looks like we have a pretty strong MJO signal that pushes through phase 1 and into phase 2 by the end of the month. What happens thereafter? Well, let's look at the ECMWF Seasonal Prediction Ensemble Forecast System which continues through November 16th:

It keeps the strong signal going through phase 2 and gradually starts to weaken it in phase 3. What type of impact does that historically have for temperature and precipitation? 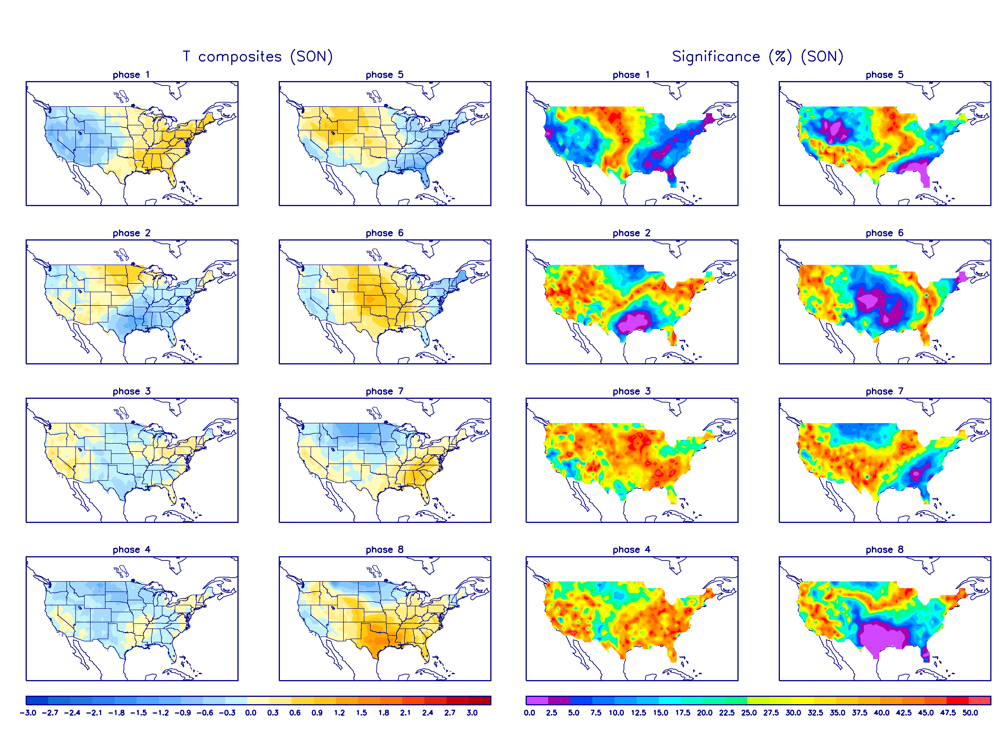 As you can see, phase 1 and 3 favor colder than normal temperatures for the Western United States, including Colorado. Phase 2 is obviously warmer. 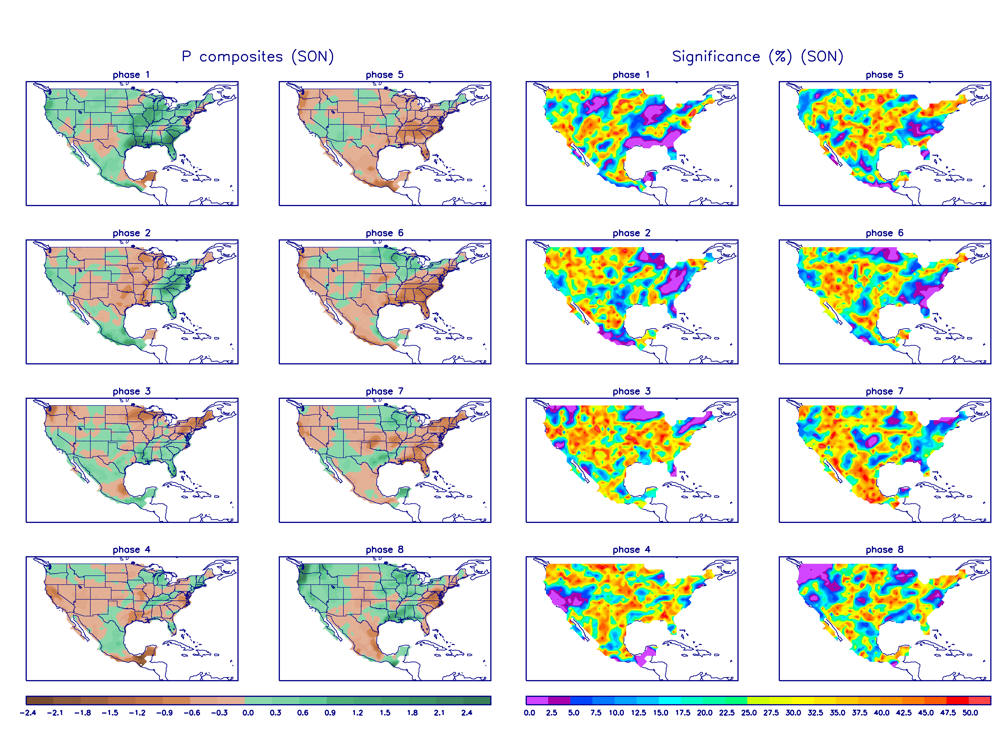 It's pretty easy to see that phases 1-3 all indicate a wetter than normal signal for Colorado. I like it...

Are the shorter term models responding to such a signal? Take a look at upper level pattern from the GFS for next Wednesday and the following Monday: 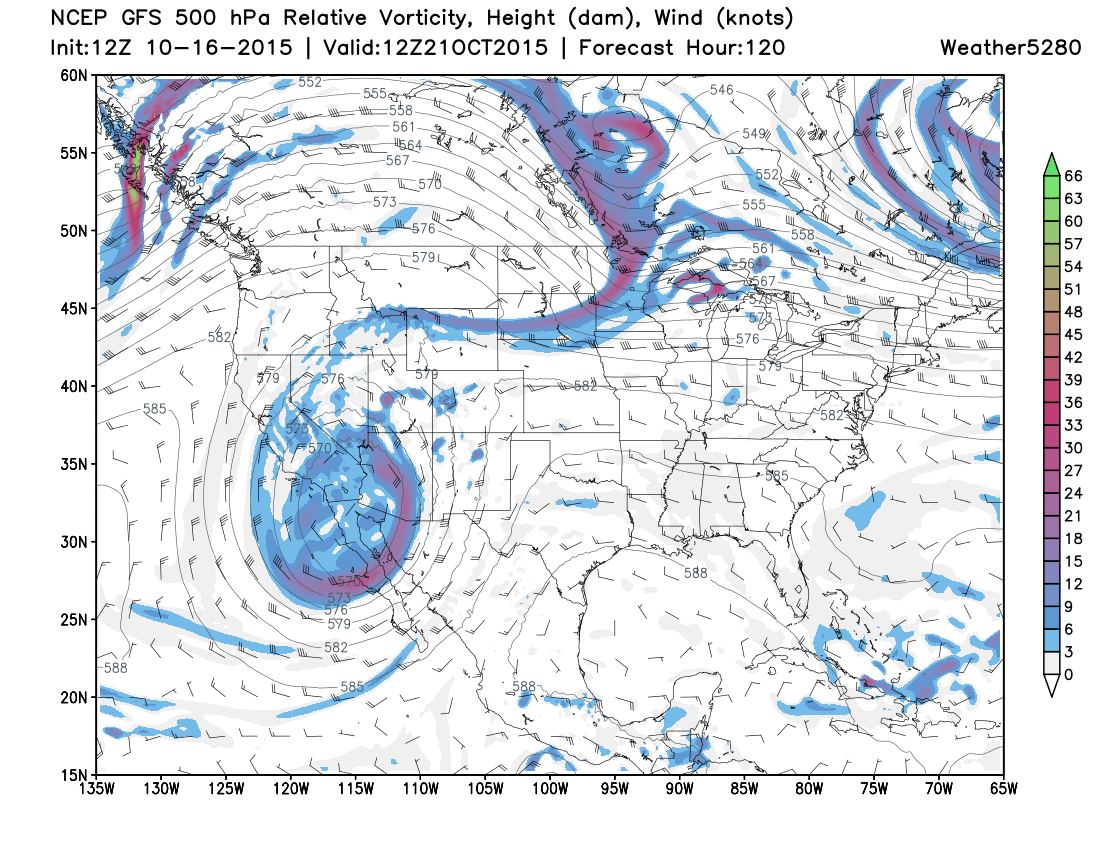 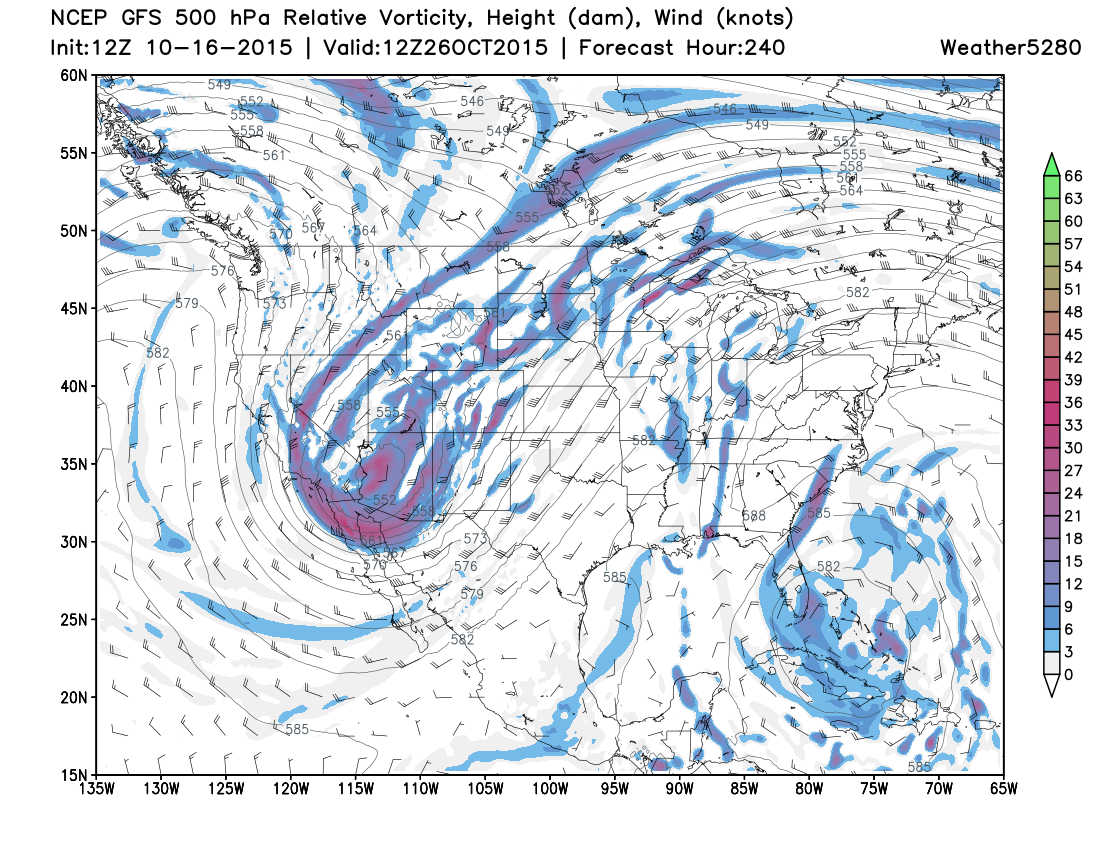 Two pretty significant storms which will bring increased moisture chances to all of Colorado. Take a look at the total expected precipitation and snowfall during the next 10 days: 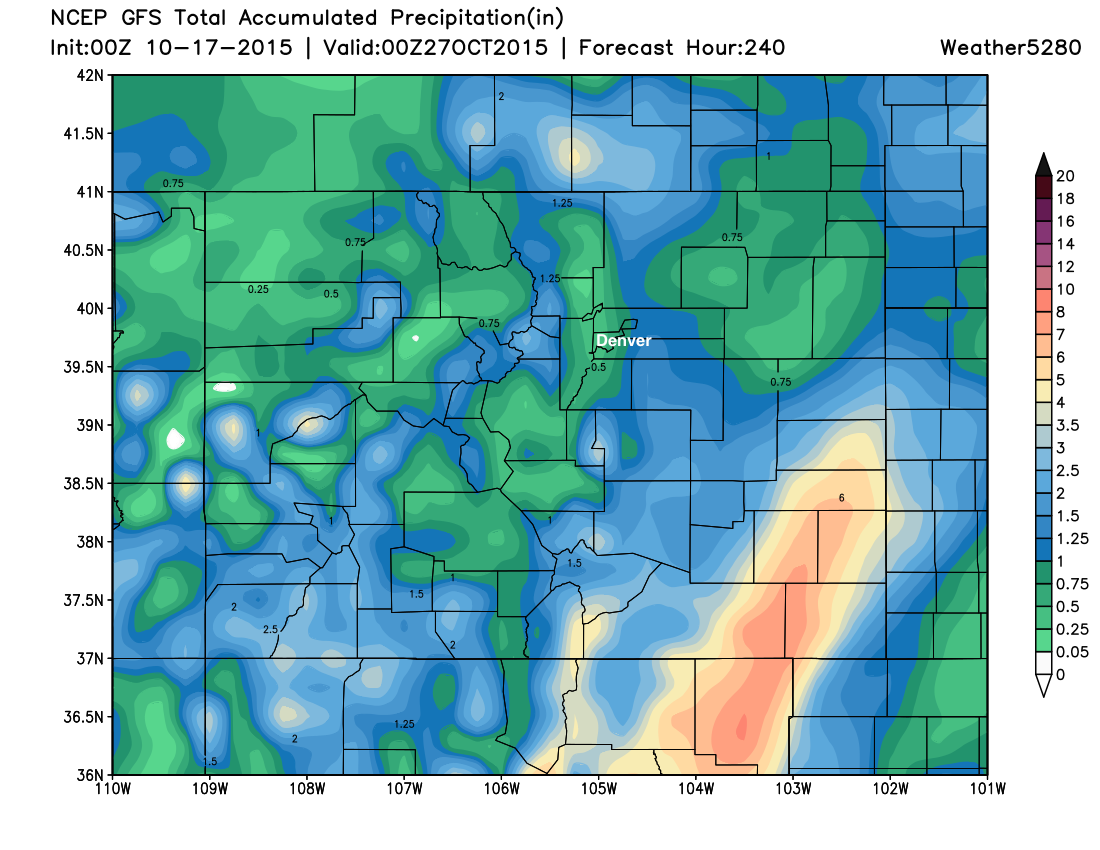 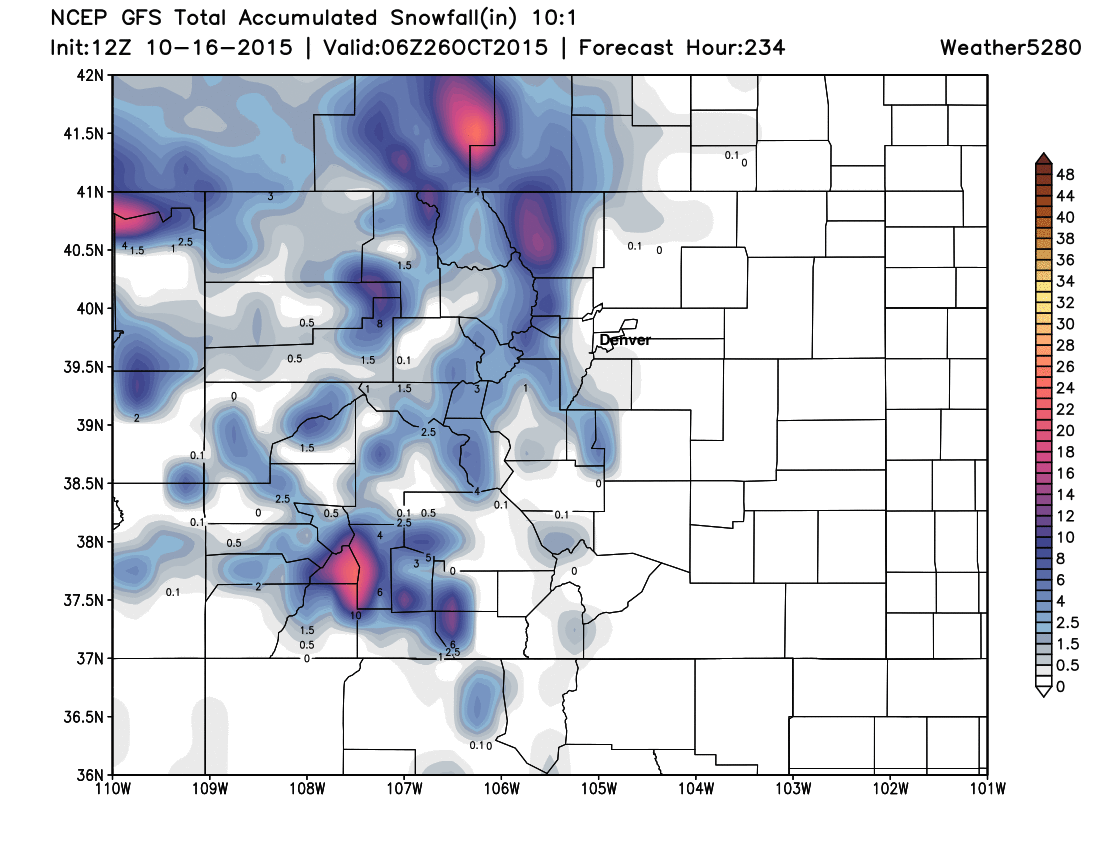 Now, the specifics of the two maps above shouldn't be taken literally. LOTS of things could either make or break these future storms. Plus, the likely preferred storm track would favor the southern half of Colorado with the best moisture. Other models are also jumping on upcoming storms and associated impacts for Colorado, which does give extra confidence to the pattern change.

Rather than getting hung up on the details, I want you to focus on the facts that 1.) the pattern is changing, 2.) our chances for moisture (rain down low and snow up high) are going to be increasing, and 3.) some of these storms could be quite strong. This is a pattern completely contrary to what we have seen for the past two months. After this weekend, it is time to start paying close attention to the forecast again right here at weather5280.com. If you're not subscribed already, please take a moment to do so now.