Mixed bag of snowfall totals; hazardous travel for all
It became increasingly clear late in the day Thursday that this system would have a hard time living up to its potential for many living in and along the Front Range. Snowfall totals have ranged from 1 - 4" in the Denver area, 2 - 6" southeast, and 4 - 6" across the northern urban corridor.

So, across the I-25 urban corridor our forecast was hit and miss, with many locations coming up short with totals, while totals in places like Fort Collins, Longmont, and Elizabeth were spot on and even a bit high. For those that busted low, we stressed that timing of the snow would make for a slow and slick morning commute even if on the low-end. This was certainly the case, with many counties across the metro area on accident alert Friday morning.

In the foothills, above ~8k feet, we saw one of our biggest busts in a long time. We'll quietly chalk that up to hugging model QPF too tightly up that way (NAM...) and move along. By last night's 00z runs, models had chopped Front Range mountain snowfall by 150% in spots, with reports of 2 - 5" of actual snow this morning, rather than the 6"+ we had progged.

For Denver we went with a forecast of 3 - 6" and a Bust Index of 5. Our station picked up 2.7" through 12:00pm Friday, with most Denver proper snowfall reports coming in between 1.5" and 3.5". Our totals in the city were saved by lingering fluffy flakes this morning, to be sure.

Not everyone ended or busted low – southeast Denver received >3" (thanks in large part to a nice snow band Thursday) and reports of 4 - 5" were common in the Loveland area this morning as well. Denver International Airport (where official records are kept for Denver) was reporting 2.6" through 5:20am, and very well could have hit the 3" mark by now as light snow continued all morning (a perfect forecast for Denver, right? 😛). Here are a few other snowfall totals from around the region:

The snow moves out today, but the cold sticks with us through the weekend. While the worst of the arctic air will stay north/east of Colorado, Saturday will be a very chilly day across the state – especially the far eastern Plains – with temperatures 15 - 30 degrees below normal: 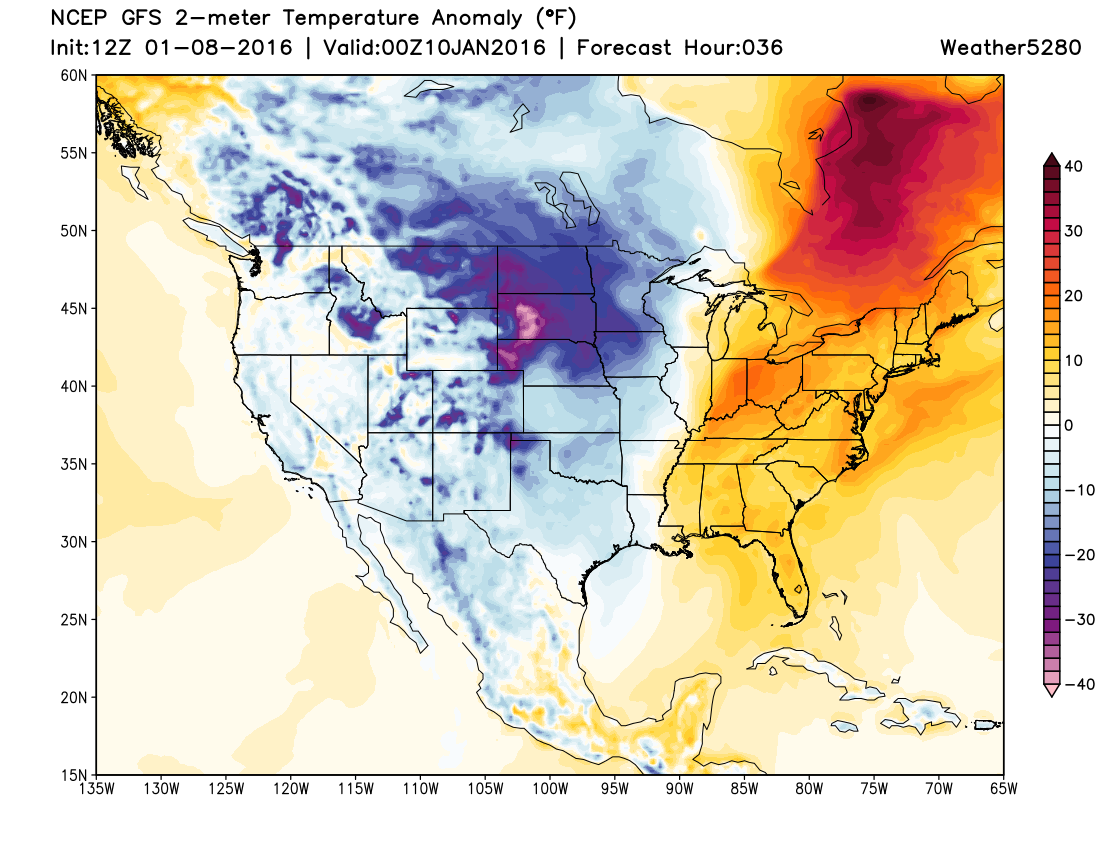 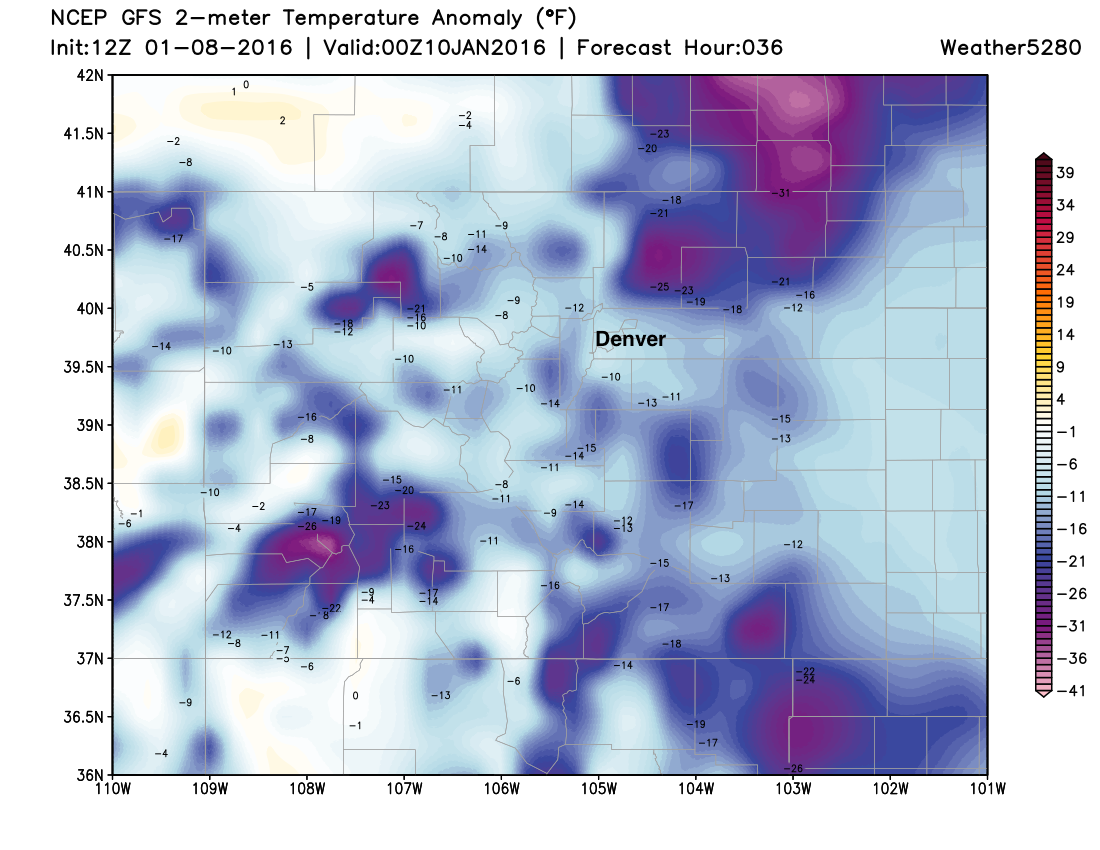 So, while not a huge winter storm by any stretch, a nice snowfall nonetheless and a nice reminder of winter! For the snow lovers out there, remember that any snow in January is bonus as it's not typically a huge snow producing month for us, especially in years like this.

Enjoy the snow and stay warm!