Our forecast went just about as expected, and now our quick taste of winter will quickly exit the state, with warmer temperatures on the way for the remainder of the week.

For many at lower elevations this system was a non-event. In central Denver, where our station is located, we received 1" of snowfall overnight. Totals east of I-25 for the most part were less than 1", with 2 - 4" being reported for western suburbs of Denver.

You'll recall our focus for this storm was in the foothills where upslope would be stronger. Sure enough we're seeing some pretty good totals coming in from these locales, with upwards of 14" in places like Nederland and Pinecliffe. Radar imagery from late yesterday evening shows the snow moving across the urban corridor, but then consolidating in the foothills west of town, where the heaviest snowfall would remain much of the rest of the night:

Here is the latest interpolated snowfall analysis from the last 24 hours based on snowfall reports. Note the extremely tight east/west gradient for snowfall, with little to no snow east of I-25, and big time totals on the west side. Generally speaking, this should look a lot like our forecast. 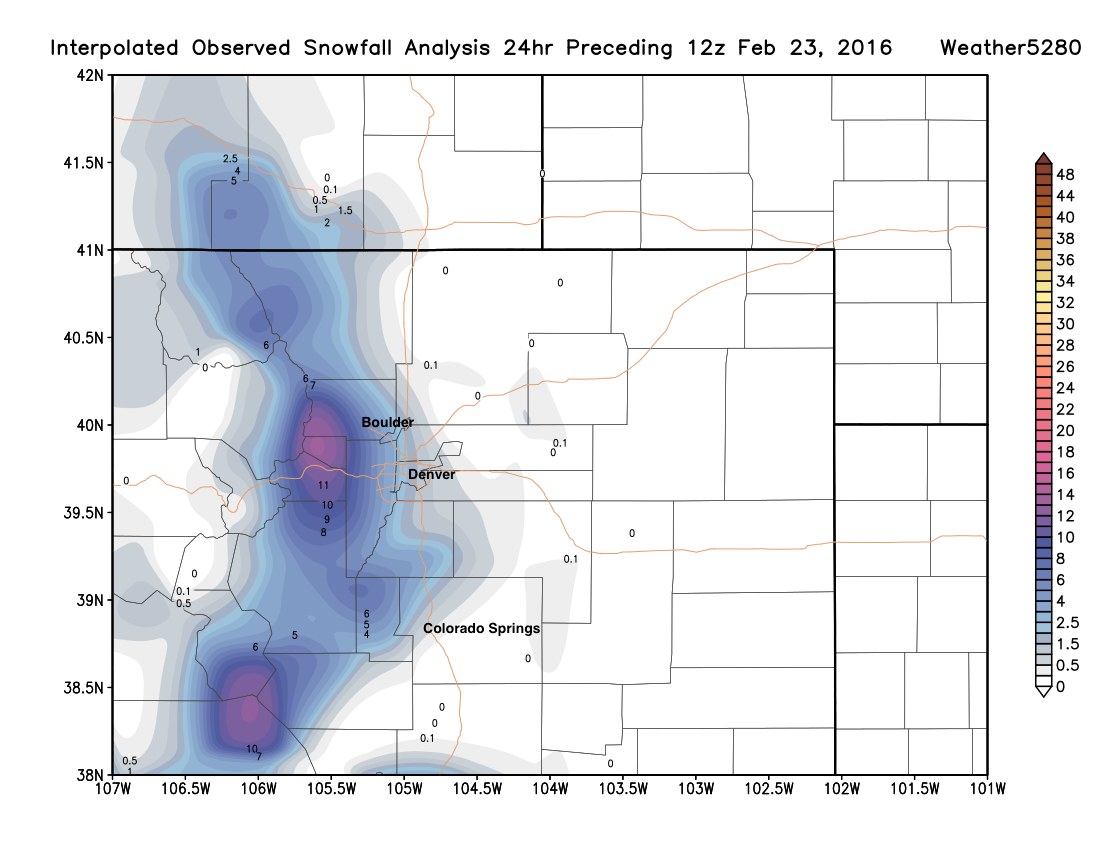 A few snow showers are lingering this morning in the foothills southwest of town, so a few of these locations will continue to see totals added to for a few hours. Through the day the main energy associated with this system will continue to sag south and east, and with that we should see snow come to an end from north to south through the remainder of the day.

Look for temperatures to rebound nicely for the remainder of the week, with temperatures back near 60 by Friday.