La Niña Transition
Let's see how our transition from El Niño to La Niña is going. We've talked about this a lot during the past several months, and here is a look at the current sea surface temperature anomalies: 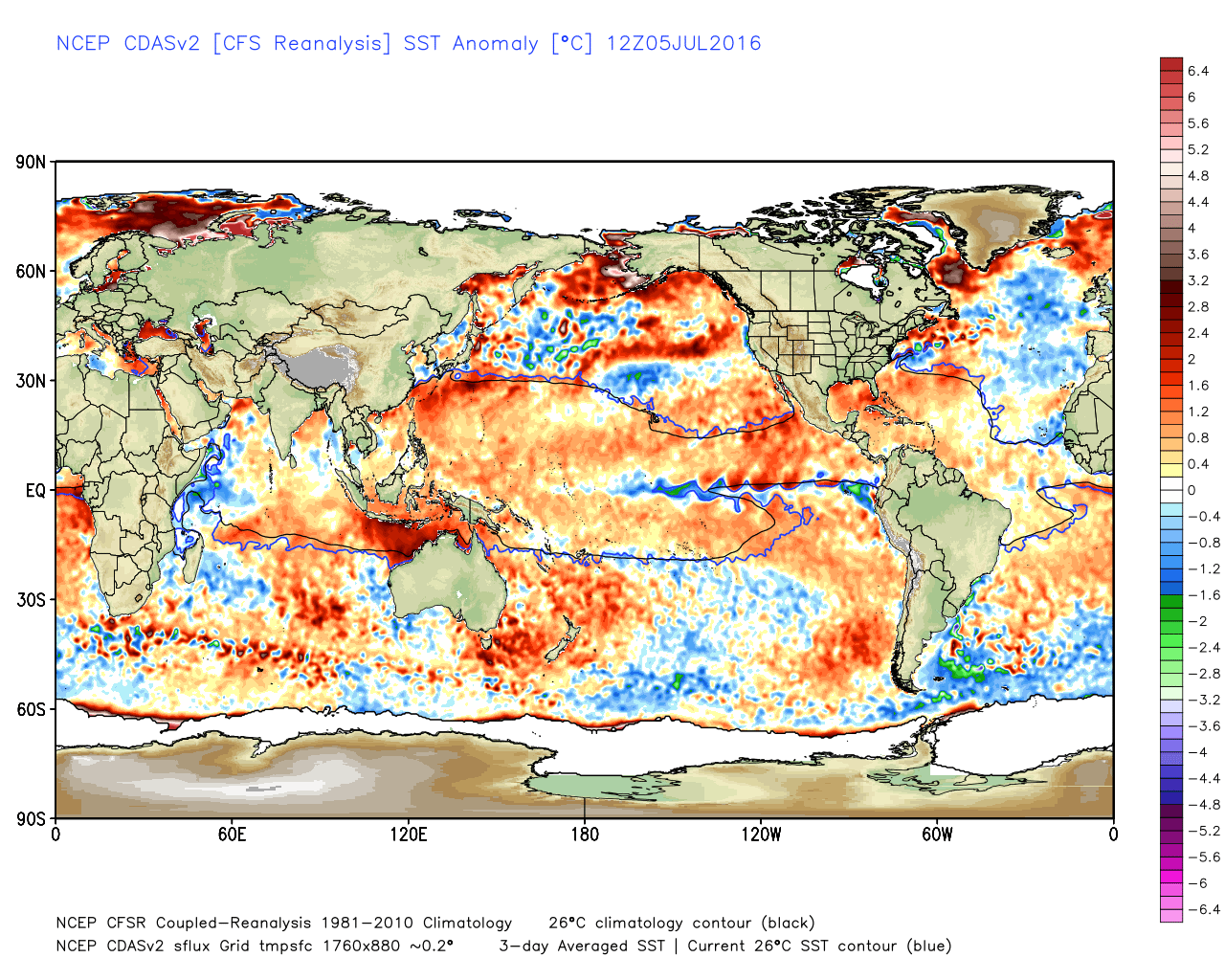 The blue shading that you see extending off the west coast of South America represents cooling taking place in that part of the Pacific Ocean. However, while that is happening the rest of the Pacific Ocean is still quite warm. This is especially true in the northern hemisphere... Thus, the Pacific Decadal Oscillation remains quite positive. In my opinion, this has been very key to us not having to deal with the redevelopment of widespread region drought in the Western High Plains (Colorado included). As you know, it has been my belief for a while that the PDO will revert back to a colder/negative phase during the next year or so. 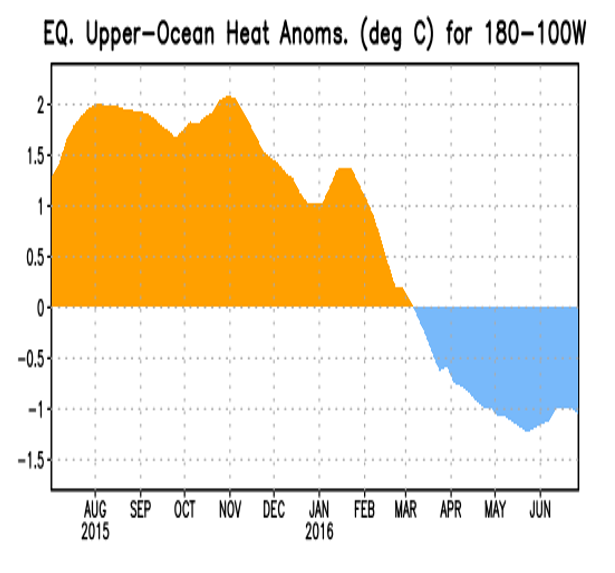 Upper oceanic heat content has been in a cooler/negative state, since the spring. This signals the transition out of El Niño and likely toward a La Niña. We haven't reached La Niña status yet, and it will likely take a while to do so. 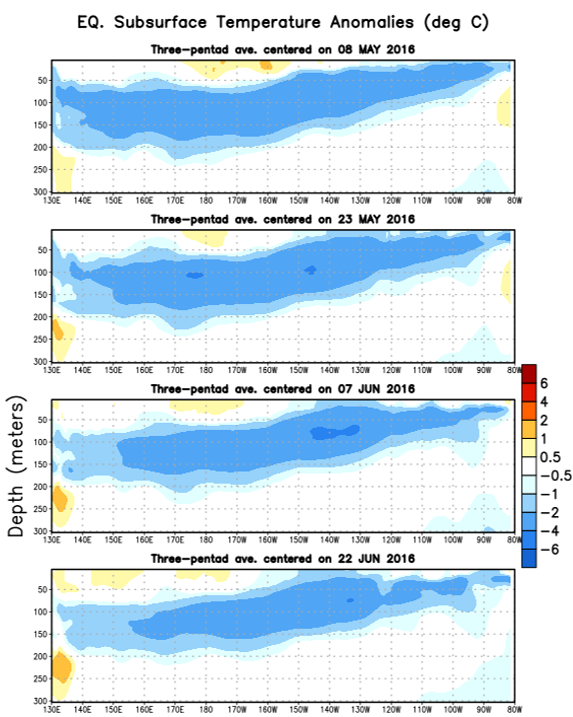 The above charts show a very pronounced cold pool of water near and just below the surface in the main ENSO regions of the Pacific. As we've mentioned before, this is likely another clear cut signal that La Niña is on its way.

The thing that I want you to take away from the above discussion is this: El Niño is gone, La Niña is on its way, and the Pacific Decadal Oscillation (PDO) is still in a very warm/positive mode. This sets us up for a La Niña of some strength (to be determined) with a likely warm/positive PDO. That is a pretty rare combo, and is pretty hard to accurately analog based on the data we have available to us. More on that some other time...

The Monsoon
Looking at the Madden Julian Oscillation and its current strength and likely future phase, does not bode well for an immediate monsoon pattern onset.

The above chart shows the MJO signal being quite weak. The ECMWF model suggests that when it strengthens, it will move into phase 2 and 3 during the next 10+ days. What does that phase usually mean here in Colorado? Check out the maps below: 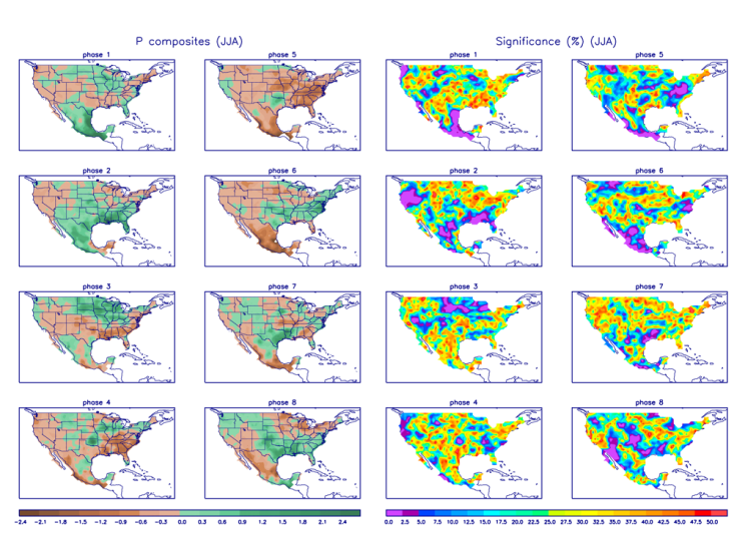 While the above composite is not a perfect road map, it does offer insight as to what to expect. Phase 2 does show a slight wet signal in Eastern Colorado (which I am ignoring) and Phase 3 shows a stout dry signal for Colorado with the best rain falling over the Northern Plains and Midwest. Based on the current model trends, I really think the phase 3 look has it nailed. 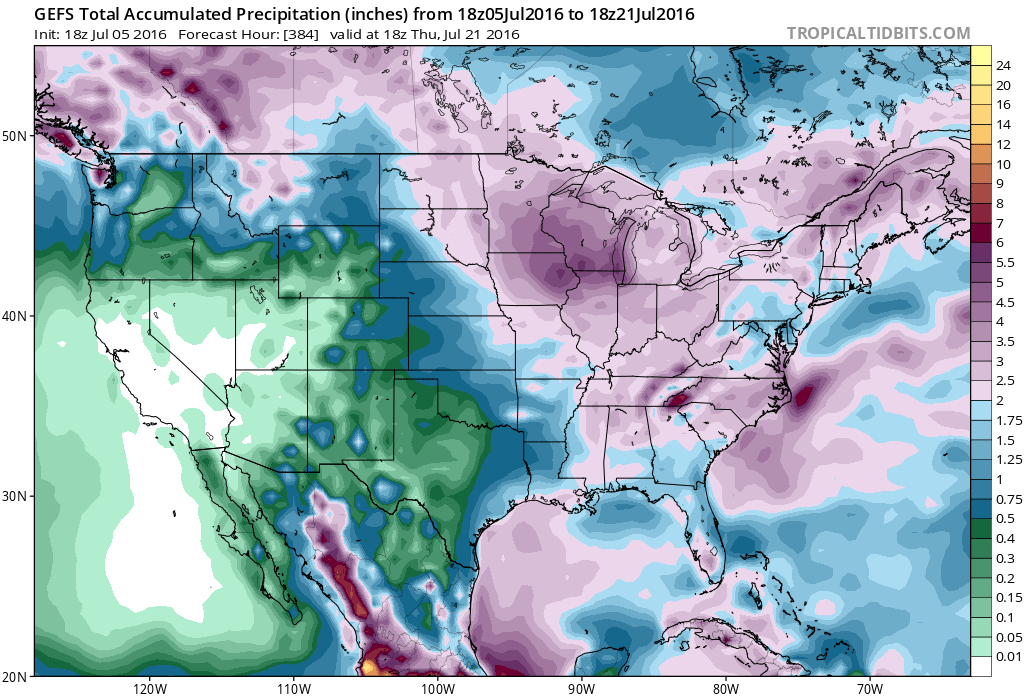 The forecast from the GFS certainly has that look of the phase 3 composite. Wet in the Midwest and quite dry farther west...at least for this time of year. 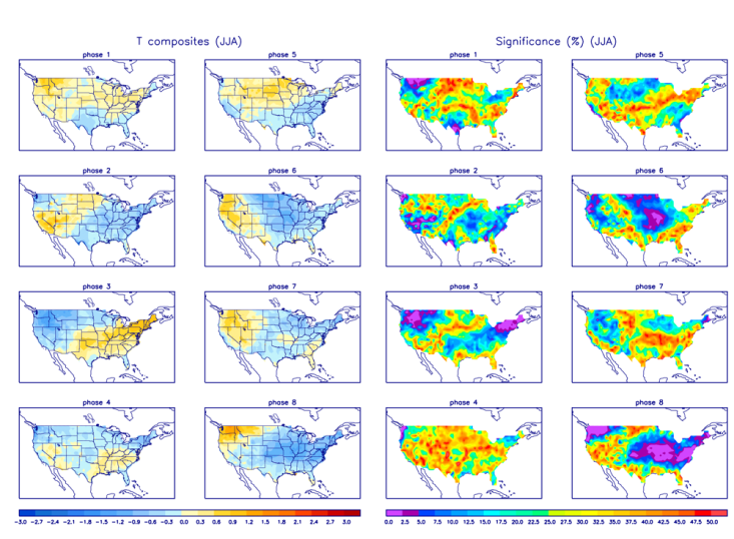 The temperature composite also suggests that we will stay fairly warm for the next several days. Coolest weather remains to our east initially, then back to our northwest.

Basically, it is my opinion that if we want to salvage the monsoon season for Colorado we are going to have to change the pattern late in July and into August. 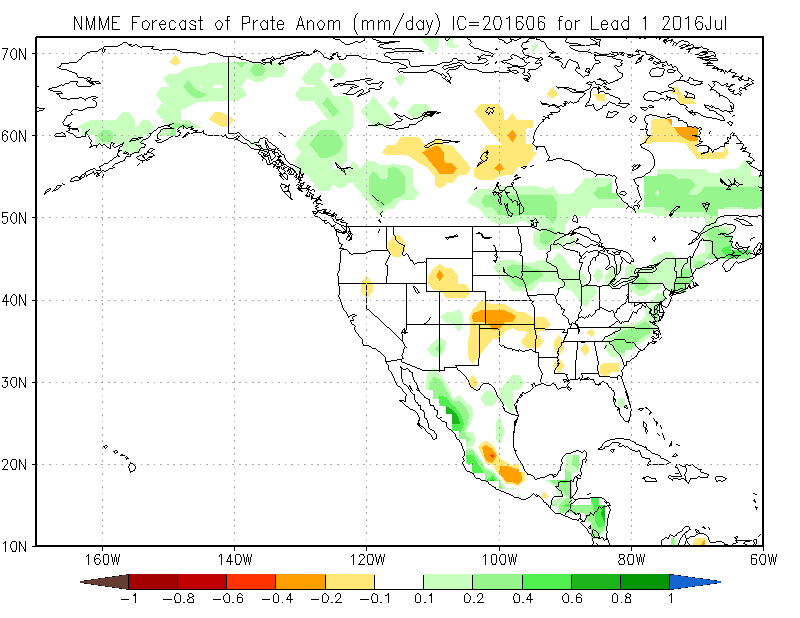 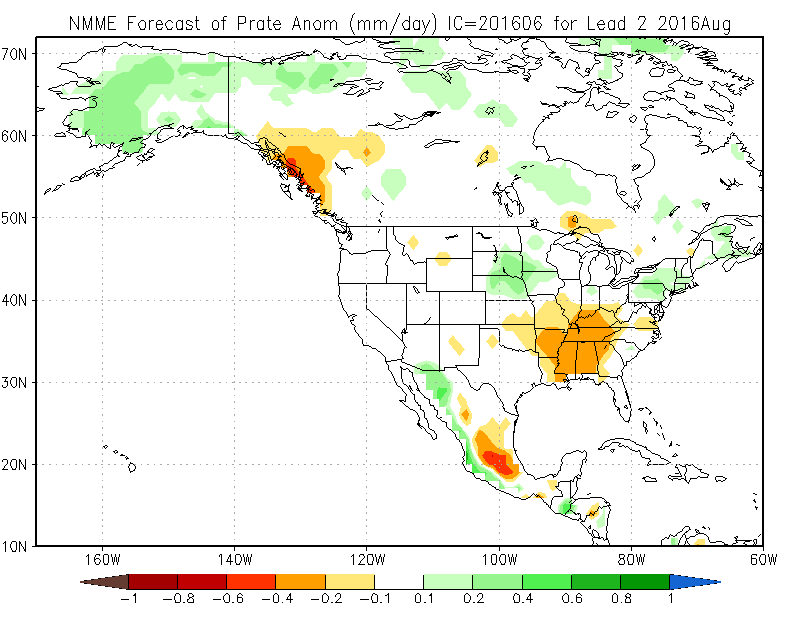 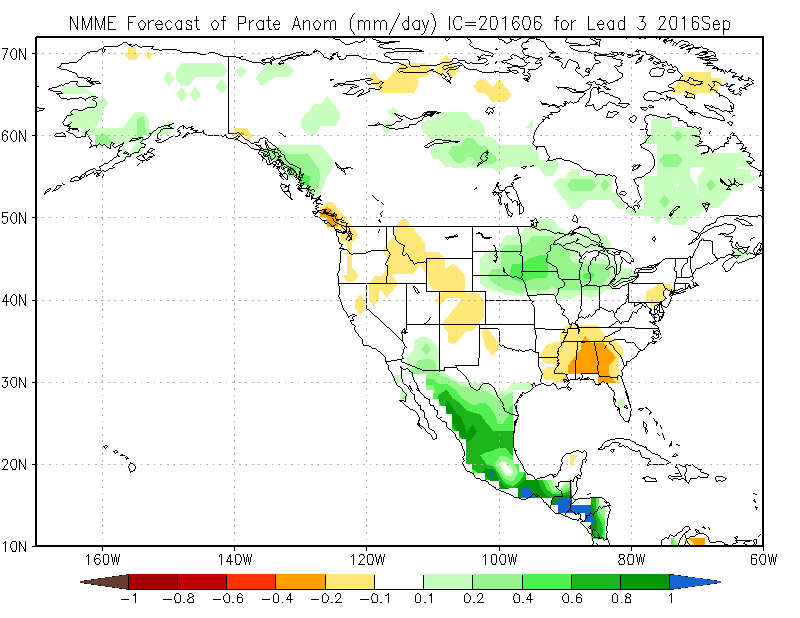 The North American Multi-Model Ensemble suggests that the next 3 months will likely be drier than normal in Colorado. Keep in mind, July and August are the wettest months of the year for many communities in Colorado. If we miss out on that moisture, the heat and dryness can really take a toll. This is especially true for Southern Colorado, where La Niña usually brings a dry fall and winter.

So while I am not completely ready to write off the monsoon season for Colorado, I am concerned that it will under perform. Don't get me wrong, we'll still have some days with thunderstorms and beneficial rain, but they may be fewer and farther between than we would like.