Today was certainly a mild day in Denver and this trend will likely continue through the work week as a longwave ridge dominates the upper-air pattern over the western United States. Today we hit 61°F at Denver International Airport which is an impressive 17°F above our average high for this date of 44°F. Check out some of the readings across the High Plains as of 3:10 PM MST! Look at all the widespread 55-65°F readings over Eastern Colorado (red numbers). Some places in the Texas Panhandle are also pushing the 70°F mark!

Taking a look at current water vapor imagery, we can see that the main flow regime in the mid and upper levels is out of the northwest over northeastern Colorado as air flows along the periphery of the ridge:

This lines up well with the analysis hour of the 18Z GFS, where we can also see a longwave trough over the eastern half of the country: 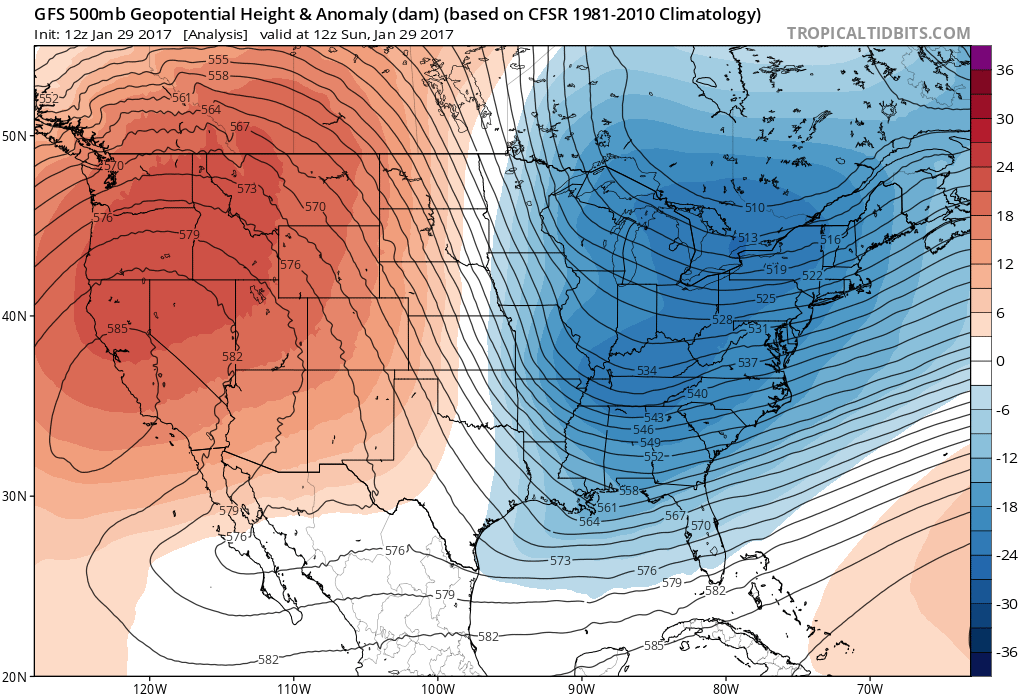 This ridge will keep high temperatures across Northeastern Colorado around 10-15°F above average into Wednesday. Notice how by Wednesday a trough over the Pacific Northwest tries to dig southeast, but the ridge holds strong and instead just flattens out over Colorado. As we know, westerly (zonal) flow at 500 mb translates to downsloping east of the Front Range. 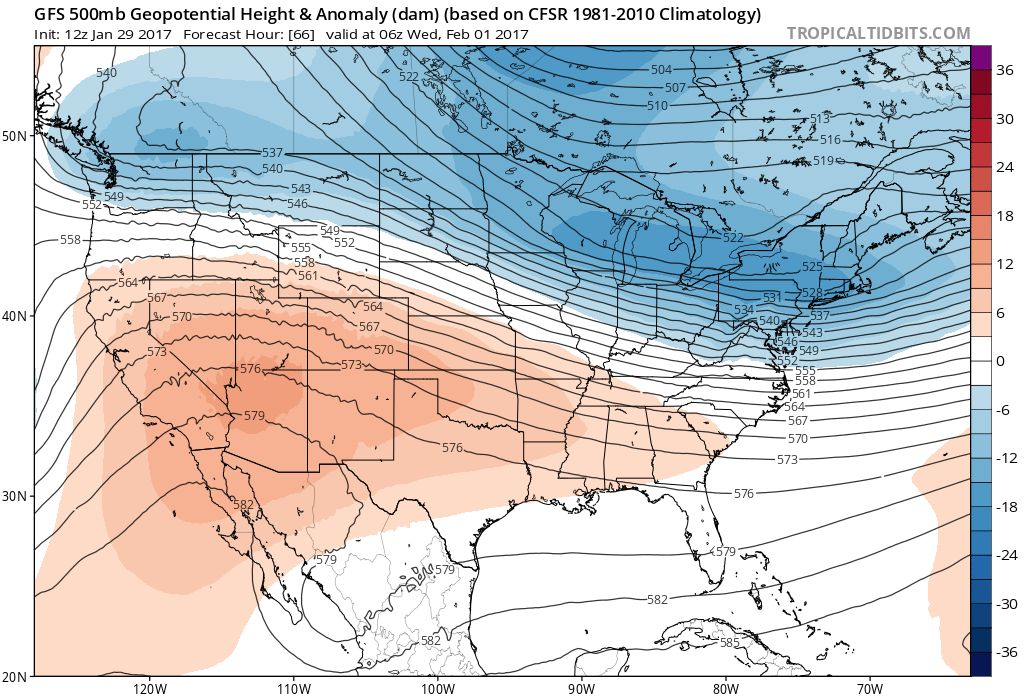 For this reason, locations adjacent to the foothills such as Boulder, Fort Collins, and Golden might experience some gusty winds throughout the week. Looking at 700 mb winds and heights from the 18Z GFS, we can see 30 knot winds out of the west, indicating downsloping east of the Continental Divide: 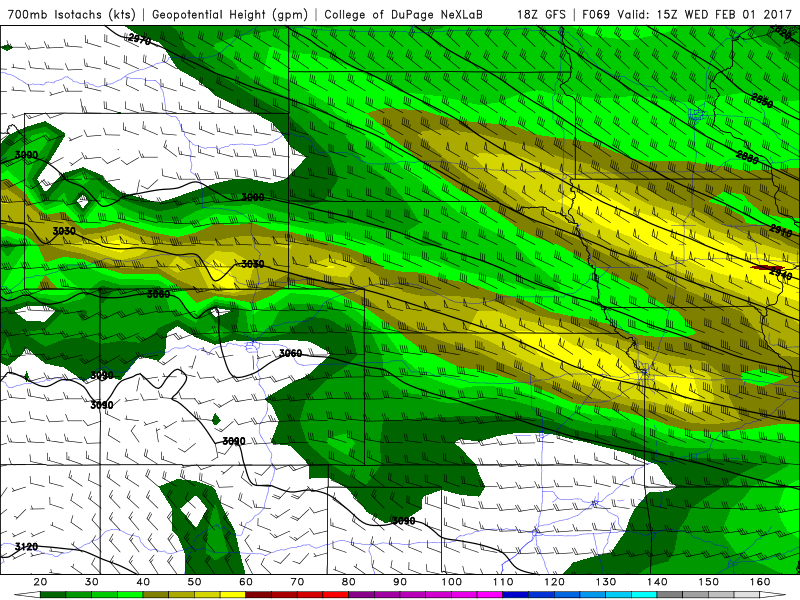 In these setups, we usually see a mountain wave cloud setup over the foothills and adjacent plains which can limit warming at the surface. While areas such as Boulder may see the strongest downsloping, and therefore adiabatic warming, this mountain wave cloud may put a cap (no pun intended) on high temperatures throughout the first half of this week.Low-lying areas that are away from the foothills will likely see the coolest readings early this week. Places such as Greeley might struggle to make it out of the 40s on Wednesday even with the downsloping pattern in place. Notice how the warmer temperatures on Wednesday are mainly confined to areas close to the foothills and higher elevations such as the Palmer Divide. 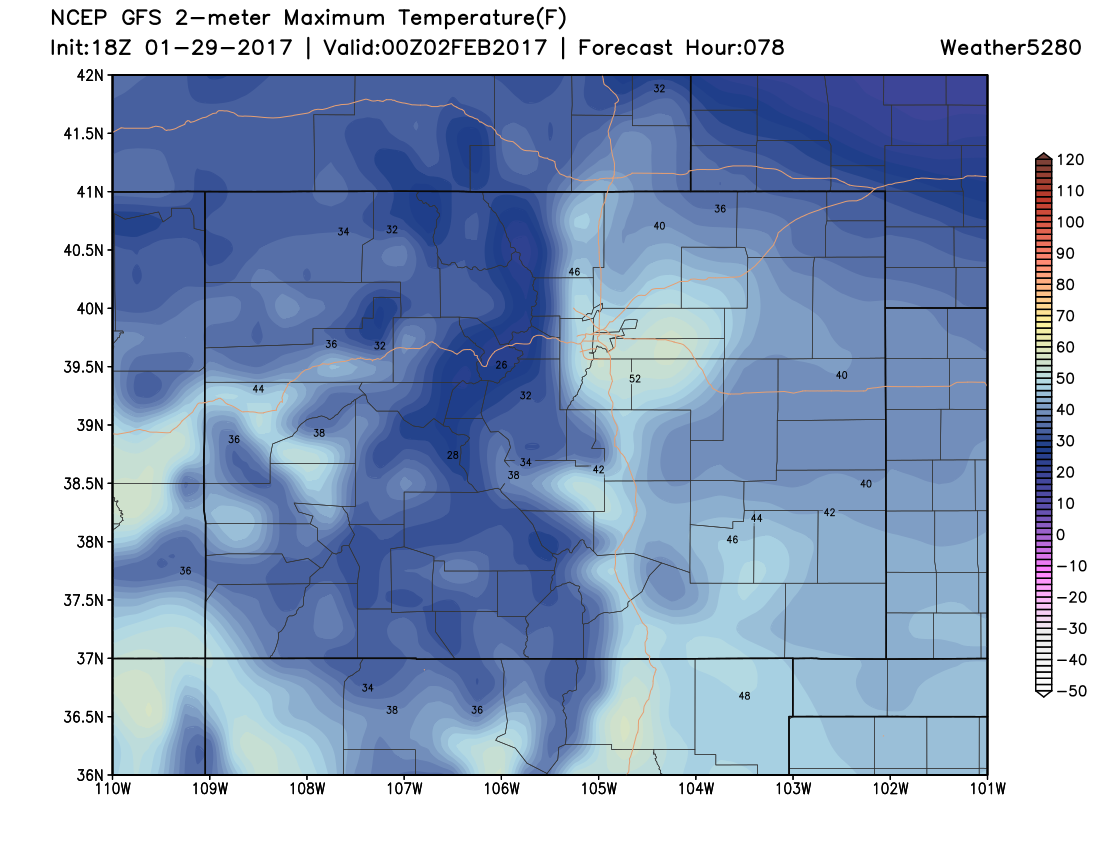 As we head into the end of the week, the ridge over the Western U.S. will start to break down, allowing for a few shortwave troughs to impact our weather here in Denver. None of these waves digging down from the northwest look to be vigorous, at least for the time being. As we have mentioned in previous posts, northwesterly flow events are often moisture-starved, which can limit the potential for us to see any significant snowfall over Northeastern Colorado. 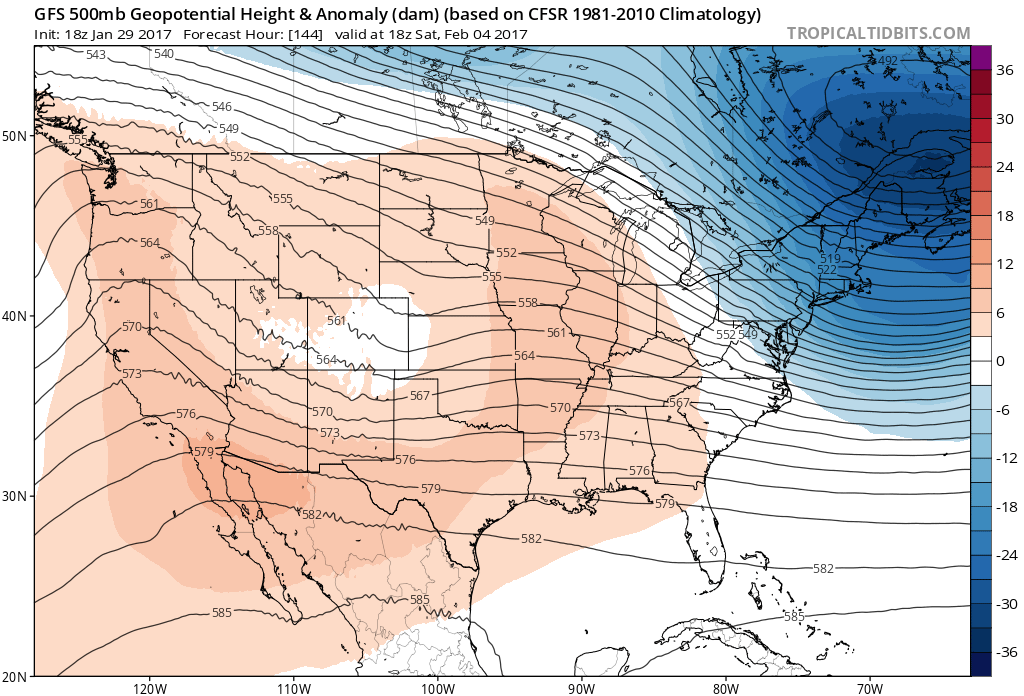 Granted this is a week out, but for now expect an increase in clouds over the weekend with a slight dip in temperatures. Nothing too impressive or exciting at this point. Enjoy the mild and dry conditions this week!