As La Niña Fades, is El Niño on Deck?

Notice how all of the blue color in the ENSO regions has pretty much disappeared. At the same time, we have seen some much warmer than average water build off the west coast of South America. That trend is happening at the surface. Let's look below the surface...

The animation above shows a vertical slice of the ocean temperature anomaly, that runs from west to east across the Equatorial Pacific Ocean. It shows that the thermocline (a steep temperature gradient in a body of water such as a lake, marked by a layer above and below which the water is at different temperatures) is very much suppressed. Warm water is building beneath the surface just to the east and north of Australia. That suppressed thermocline is just one sign, that an El Niño COULD be thinking about developing.

What do the models say about this? Well, the NMME Model and many others reflect the tip toward El Niño late this spring and summer. The maps below are the sea surface temperature anomaly forecast from the NMME Model. 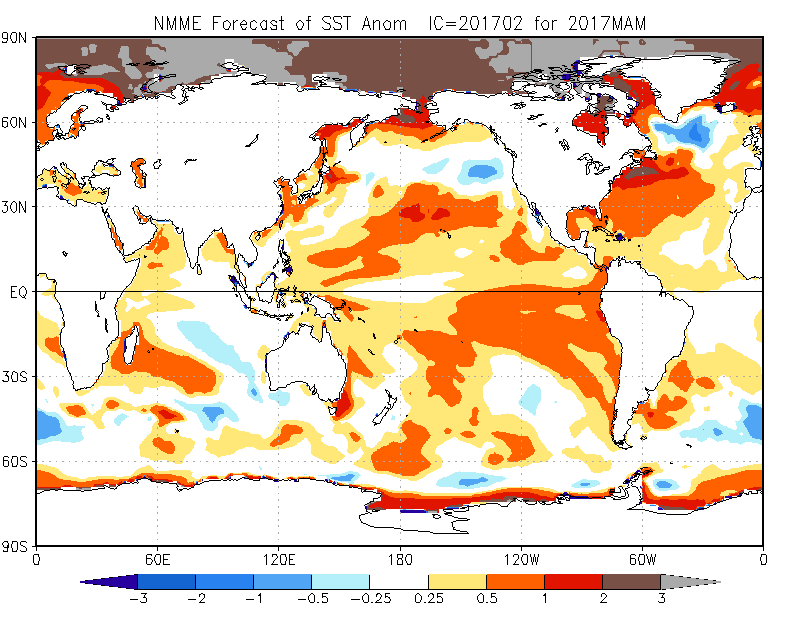 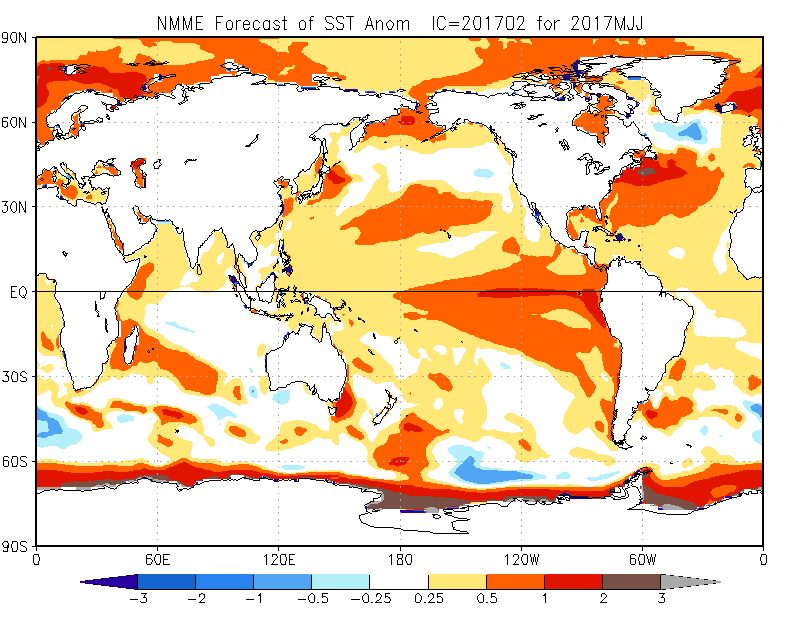 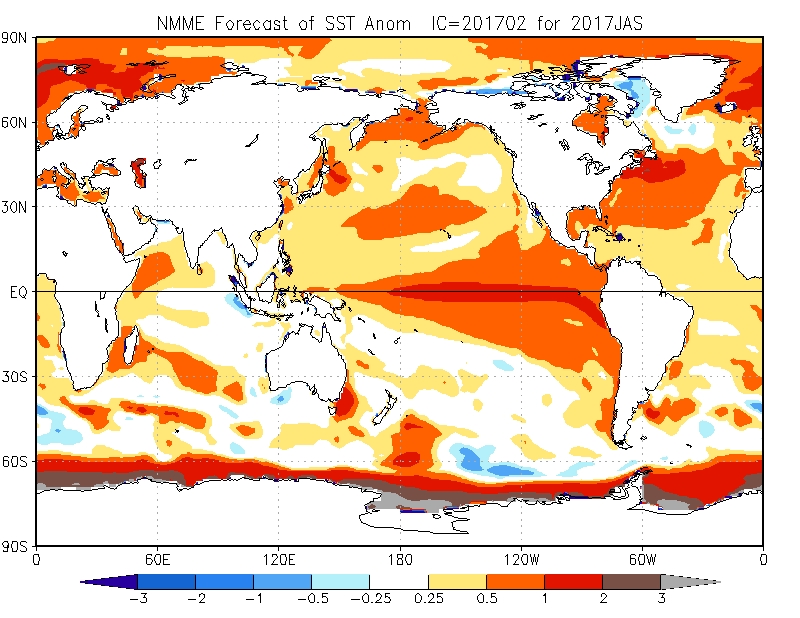 You can clearly see the expansion of "red" (warmer than average sea surface temperatures anomalies) along the Equator to the west of South America. While other models may not be as robust with the El Niño onset, the trend toward a weak "warm event" (El Niño) is apparent:

The yellow line in the above graphic is the mean forecast of all the models shown on the right. Anything between 0.5 and -0.5 is technically considered "neutral" or neither El Niño or La Niña.

What does this mean? Well, this could mean better chances for wetter than average conditions east of the mountains this spring. Most of the time, if the Pacific is in a warm state (which it is now) and could get warmer, the drought threat decreases for Eastern Colorado. Given the dry winter so far for many areas east of the hills, this would be good news. However, it is still a bit early to get excited.