A disturbance is moving into the region and will bring its greatest impact to the Front Range Friday through Saturday.

As we've watched the modeling for nearly a week now and have watched the system take form the past few days, we are seeing similarities to the past several storms that moved through in March and early April.

Those similarities include speed and location of the storm's center and the favored locations for rain and snow, which will be southeastern Colorado and the Palmer Divide and adjacent foothills.

The computer modeling on this storm is coming down from huge totals into a forecast that more greatly matches the meteorology of the situation. That situation is a weak Four Corners Low that moves strengthens as it moves east.

The timing of that strengthening is always a concern, right now it appears to strengthen well southeast of the state which will put the heaviest precipitation totals on the southeastern quarter of Colorado. Should that change, the location of the heaviest rain and snow will also shift.

Note the progression through Saturday here with one model (NAM for those keeping track): 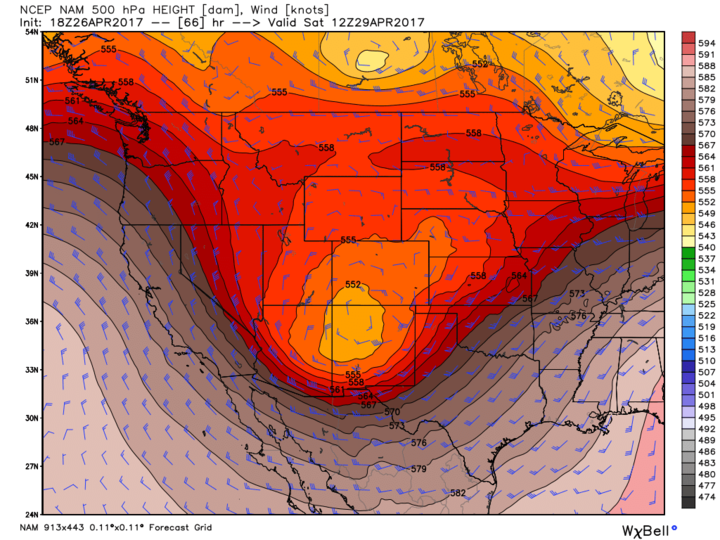 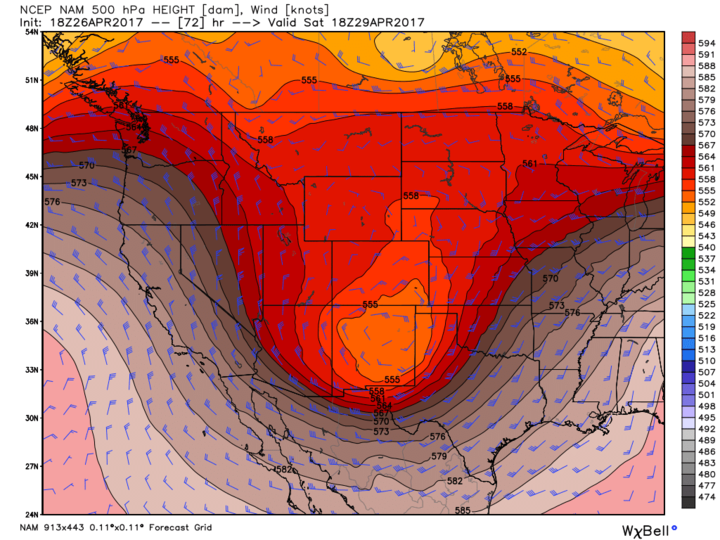 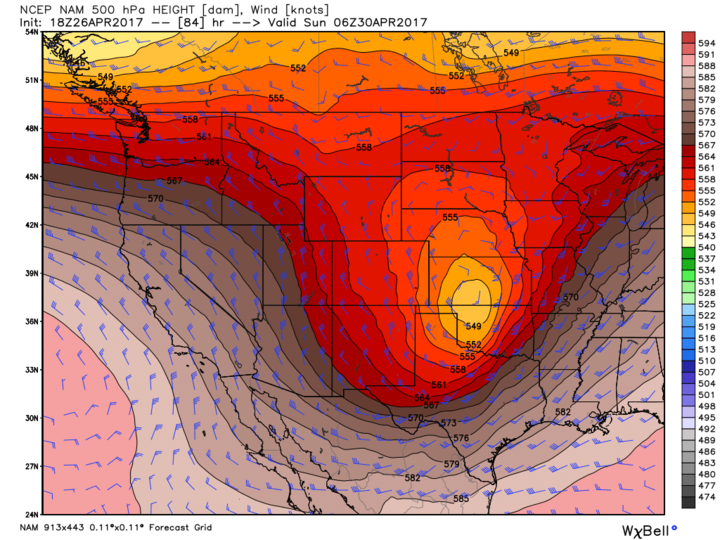 As of this posting, there are differences within the different models on the location of that closed center and the speed at which it turns into a closed system. These difference account for some of the differences in the expected rain and snow totals.

Pure meteorology suggests southeastern Colorado and the Palmer Divide come away with the most snow, and rain for that southeastern quarter of the state. Reasons, terrain, and locations relative to the expected path/development area.

Until today the GFS and NAM were two models that seemed to have the meteorology most correct. As of today, I see that the EC is coming into that logic too.

So, we now have greater model consistency for one, and for two we have that consistency also matching the meteorology of the situation.

Here's how this will likely play out:
Thursday the mountains will get a good dose of snow and the plains/metro areas will have isolated rain showers.

Friday the center of this disturbance nears the Four Corners and we see the development of heavier rain and snow statewide, particularly the southwestern mountains to the Palmer Divide and foothills/mountains west of Denver.

Friday night through Saturday morning the rain changes to snow in most all cases and it will be heaviest in a band over the foothills/mountains west of Denver, the Palmer Divide and the southeastern quarter of the state.

Saturday the heaviest activity will be the Palmer Divide and southeastern quarter of the state - yes, still snow in a majority of cases.

Gut check:
At this point, we are building out the snowfall forecast and products. We will have those to post for you tomorrow. Strictly an initial gut feeling to this event is a 2 to 5 incher for the city and 5 to 10 incher for the Palmer Divide and foothills/mountains west of Denver. There will be isolated totals higher than that. Again, that's just a gut check as of this posting and is without looking at the data coming in this evening.

For those that get accumulation, it will be a heavy wet snow. Trees in the hardest hit areas may need some help throughout the event. Your plants and pipes (if you turned on your sprinkler systems already) will need help, too. Saturday through Monday mornings will be rather cold and a hard freeze for many areas is possible.

We'll button up our forecast tonight and Thursday and will have that for you soon. Spring in Colorado!