Denver recorded its first official snowfall of the season yesterday, October 9, with 2.8" of snow accumulating at Denver International Airport.

With that, for the first time in years, the first snowfall prediction contest has come to a close early. In the end, 48 people guessed the correct day, with the majority of those folks guessing between 0.10" and 4" for the snowfall total.

In the end, our forecast worked out very well. You'll recall we came in notably lower for totals in Denver than many other outlets, and timing of the heaviest snowfall proved well for that forecast. Had the heaviest snow come a few hours earlier, the city would have seen much better accumulation, but the daytime snow had a difficult time sticking.

If we look at totals over the last 48 hours, we see the greatest values along the western Palmer Divide, foothills west of Denver, extending up out of Boulder County toward Red Feather Lakes and into Wyoming. Along the I-25 urban corridor totals were lower, with northwest Denver seeing the greatest totals in the immediate Denver area.

Here's a list of totals from across the region, and our forecast for those locations:

We quiet things down now for awhile. Medium range models are in decent agreement that we'll see a pretty good string of dry days ahead. We'll warm up to the 70s by Thursday, with perhaps another front moving through late in the weekend. Right now it looks like mostly a dry front, but we'll keep an eye on things. 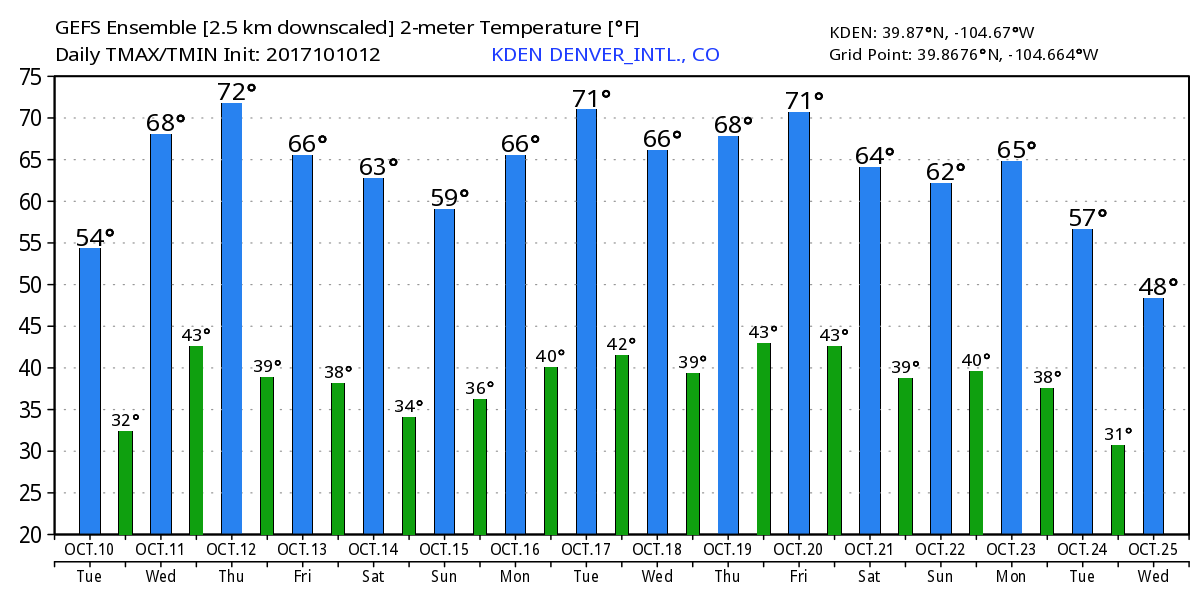