This past week featured plenty of heat across the region, with temperatures running well above average across the state over the last seven days: 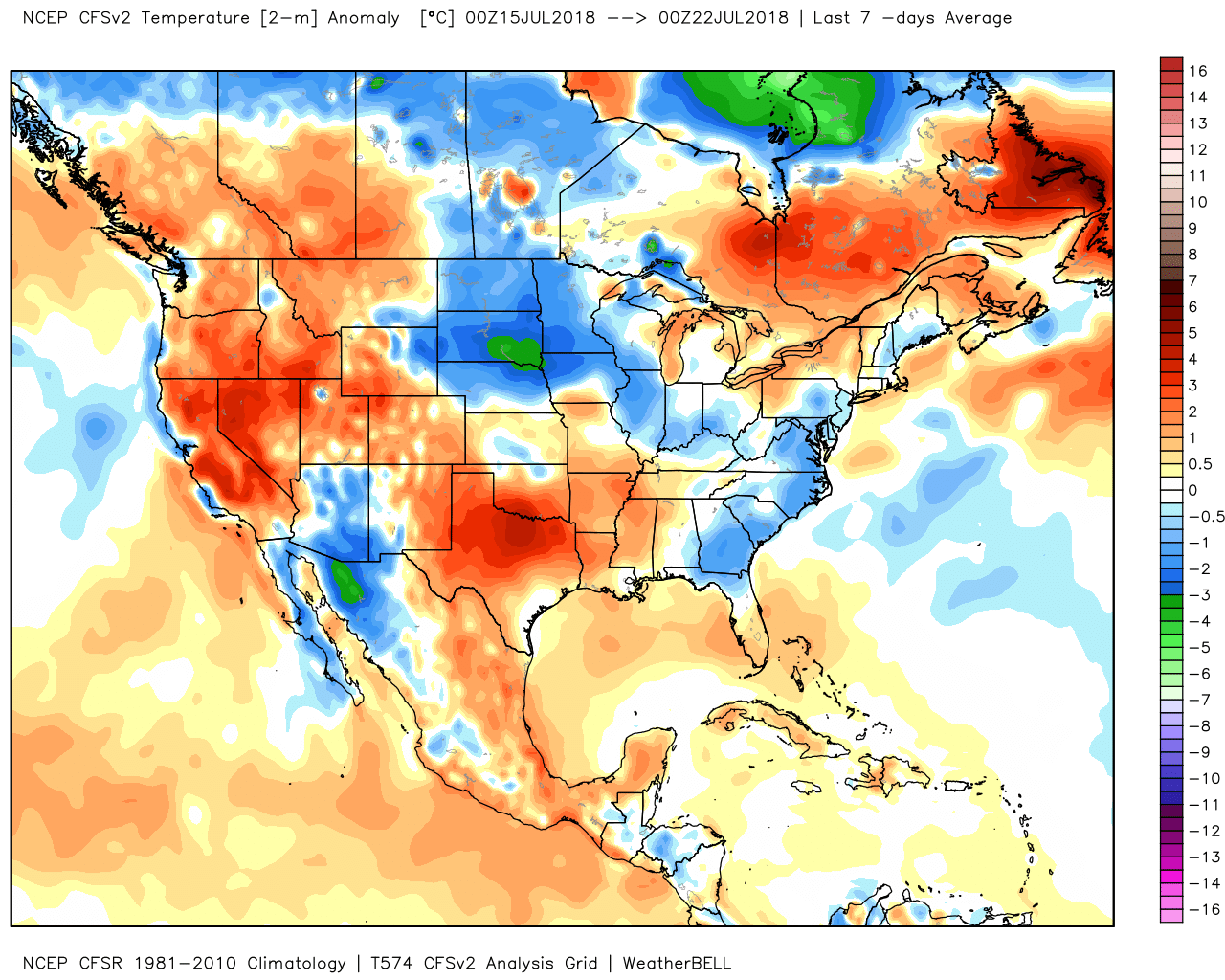 The moisture continues to push, too, though the battle against the drought is not an easy one. If we look at precipitation totals over the last seven days we see the presence of the monsoon continue across the southwest –– with some of that moisture making its way into southern and eastern Colorado. At our station, we recorded 0.76" over the last week, with greater totals to our south/southeast, and a much drier week for the northern urban corridor: 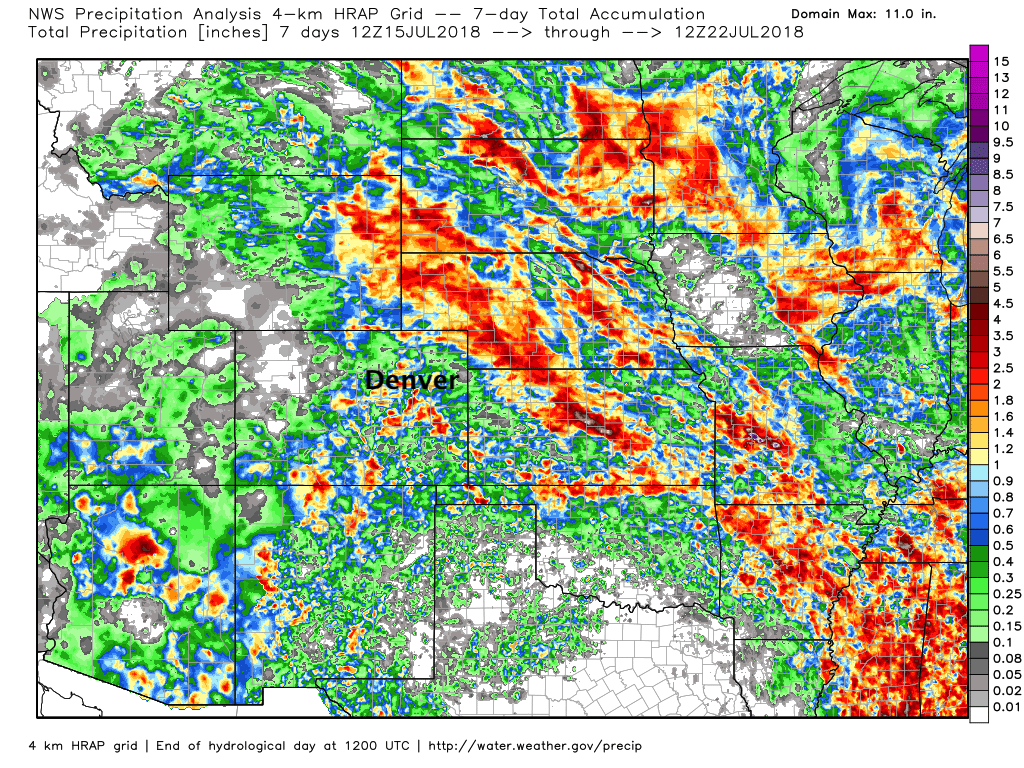 The week ahead
Today we see those rain chances increase once more, ahead of a much cooler day on Monday. In fact, cooler temperatures (it's all relative) and better rain chances look to be the theme of the week across much of the region.

For today, look for storms to develop by early afternoon across the high country, eventually push east across the urban corridor and eastern plains into Sunday evening. Storms will be capable of producing locally heavy rain (though may be moving relatively quickly), with perhaps a few storms becoming severe this evening across the eastern plains. The latest HRRR shows storm activity along the Front Range by mid/late afternoon... 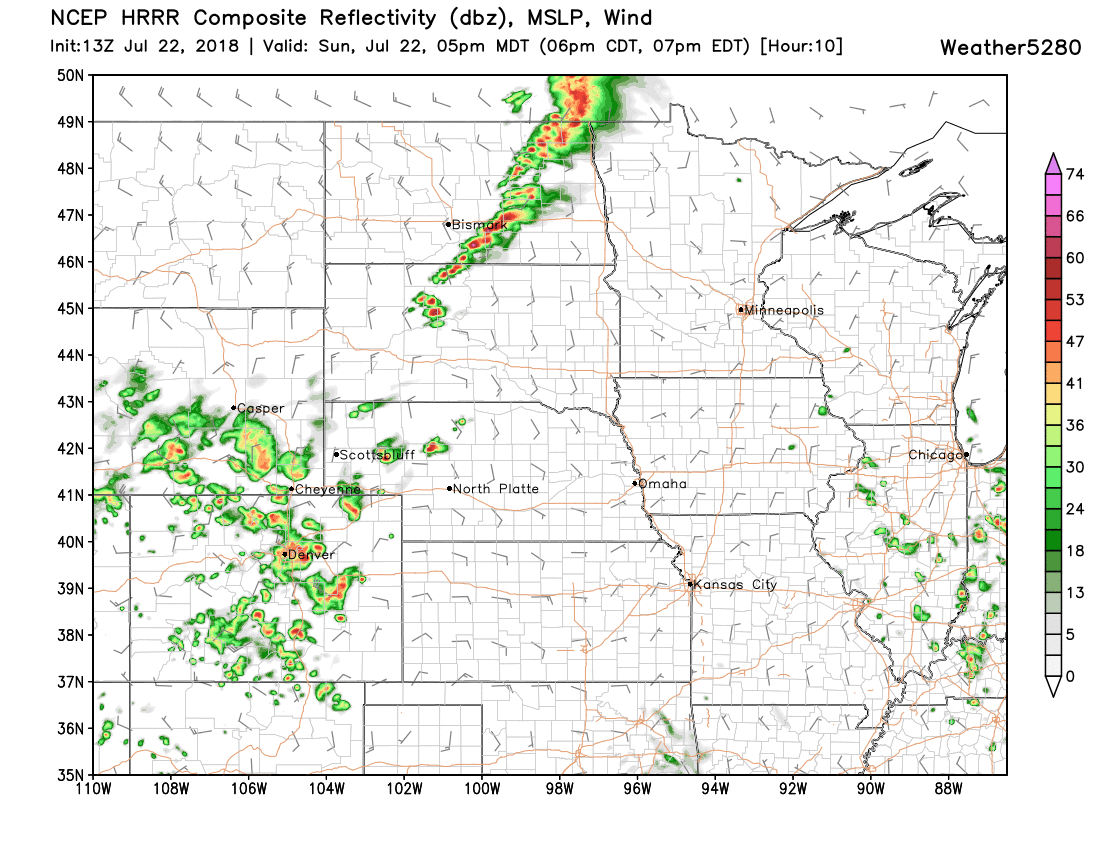 Pushing east into the evening hours... 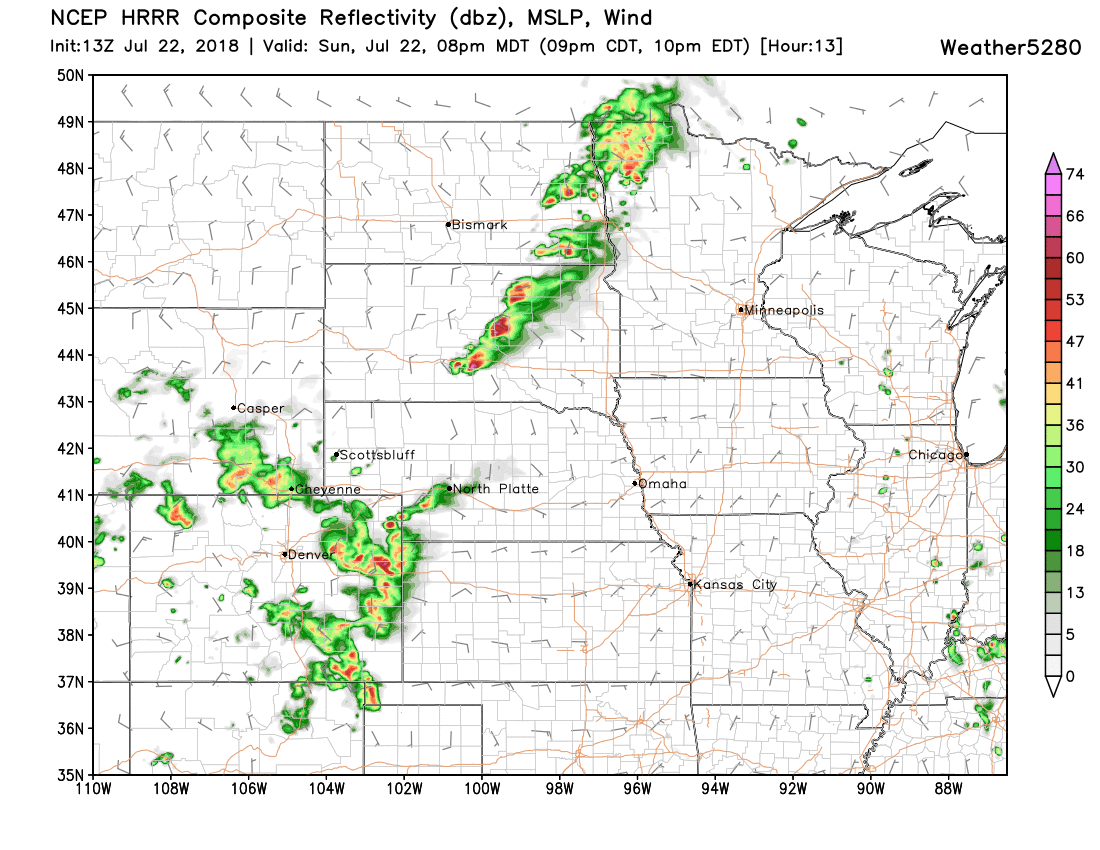 A cold front cools us off considerably for Monday, especially as compared to the heat we saw to end this last week. While highs today will again climb into the mid 90s for Denver –– look for highs Monday to top out in the upper 70s and low 80s across the region.

At the moment, Tuesday and Wednesday look to be the warmest days of the week with highs near 90 in Denver. We expect much of the rest of the week (perhaps into next weekend) to see highs in the 80s, and temperatures generally below average for northeast Colorado. While MOS guidance is in the low 80s for the later days, we'll stick with mid to upper 80s for now as "cool" hasn't been all that achievable this summer. 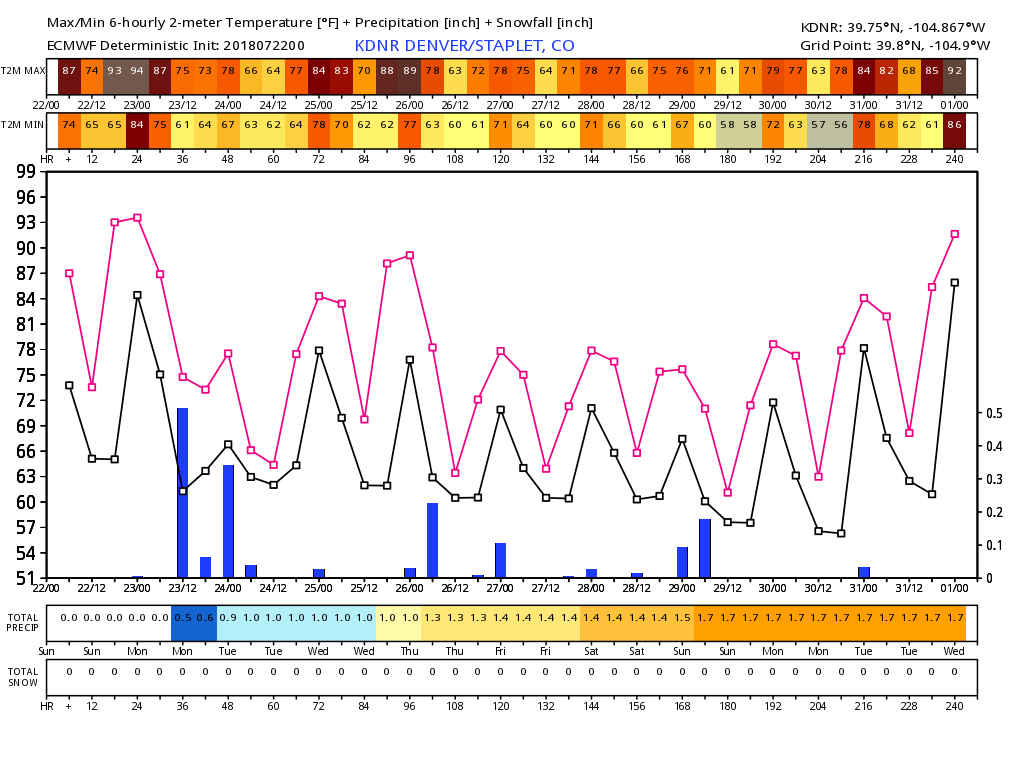 The EURO might be overdone... but its ensemble mean is not shy about the potential for much cooler than average temperatures that are possible across the high plains this week, including much of eastern Colorado. Even if it's half this, what a relief in a summer that continues to cook: 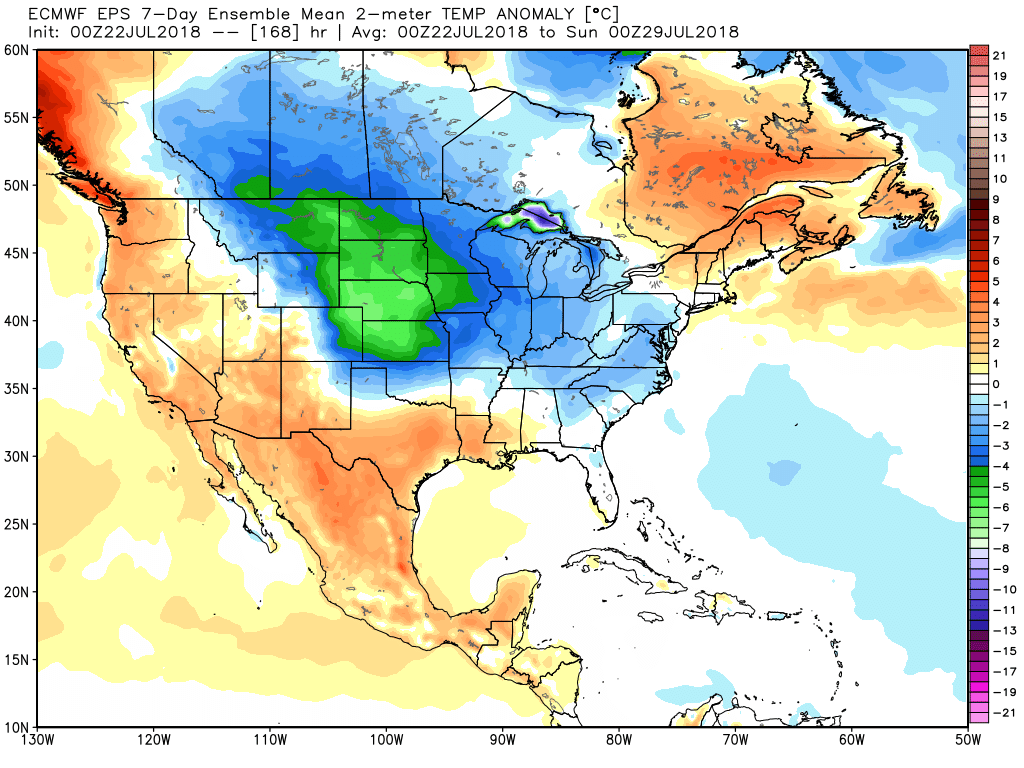 While we cool down a bit this week, the southern tier will be HOT this week. Excessive heat warnings and advisories are up across the west coast and southern plains, as temperatures climb well above 100 in many locations: 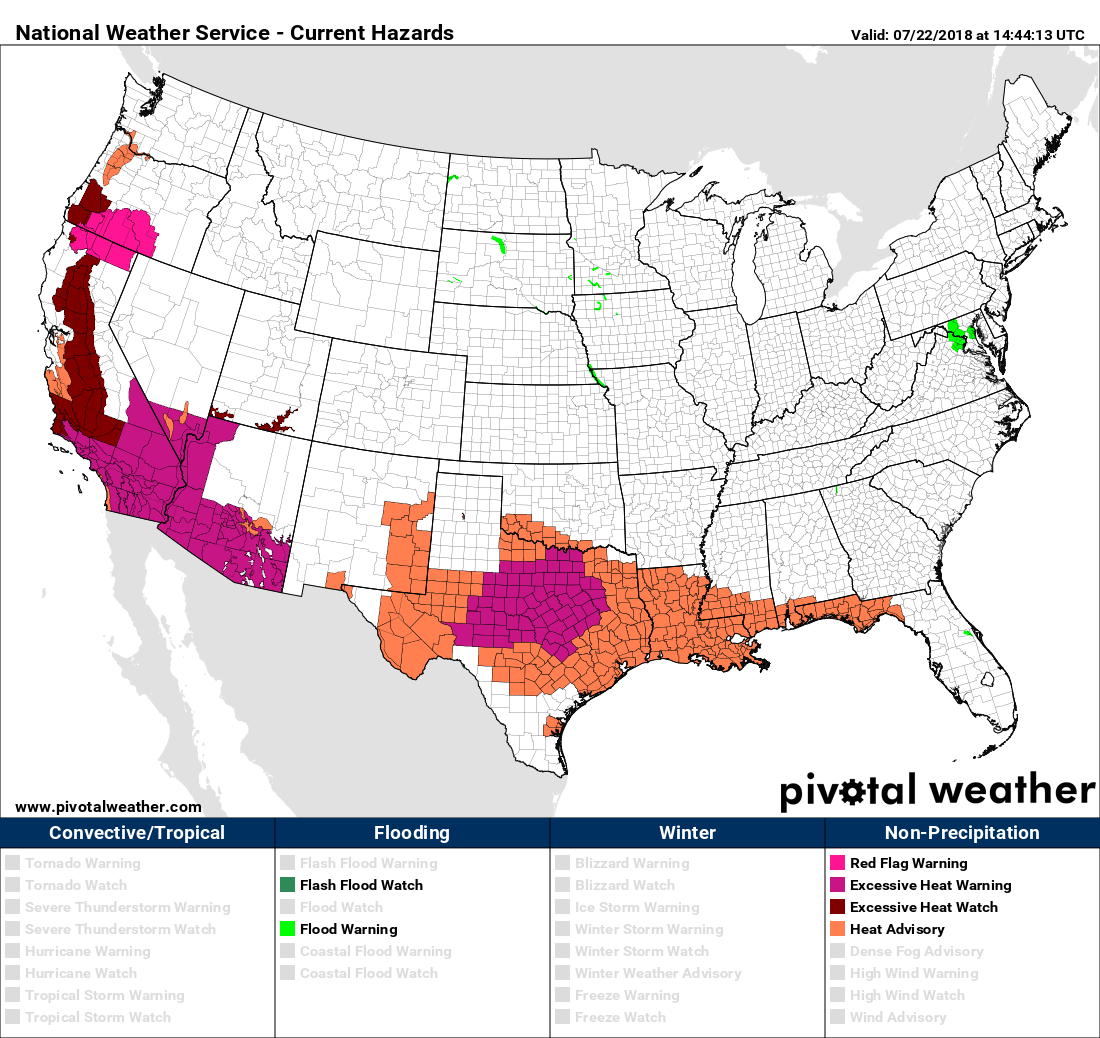 How about some rain?
With the cooler temperatures this week should come a better chance of rain as well. Tuesday looks to be the driest day of the week right now (as well as the warmest) with storm chances in the forecast most other days across the I25 urban corridor and eastern plains.

The EURO ensemble mean shows above average precipitation for eastern Colorado over the next seven days: 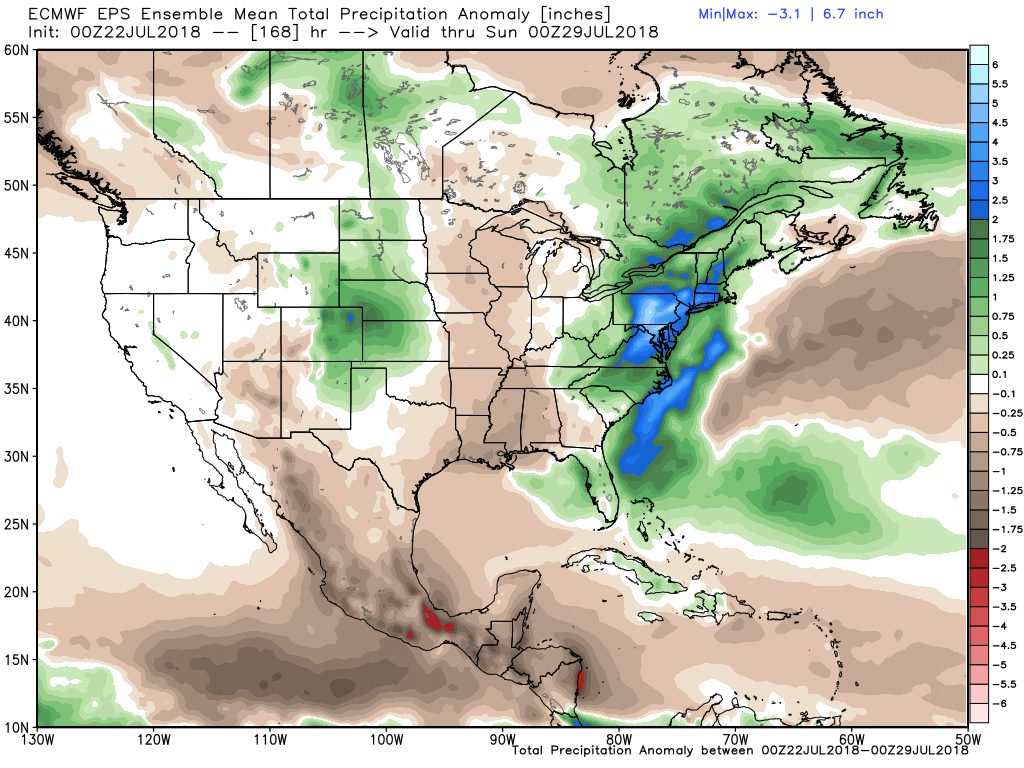 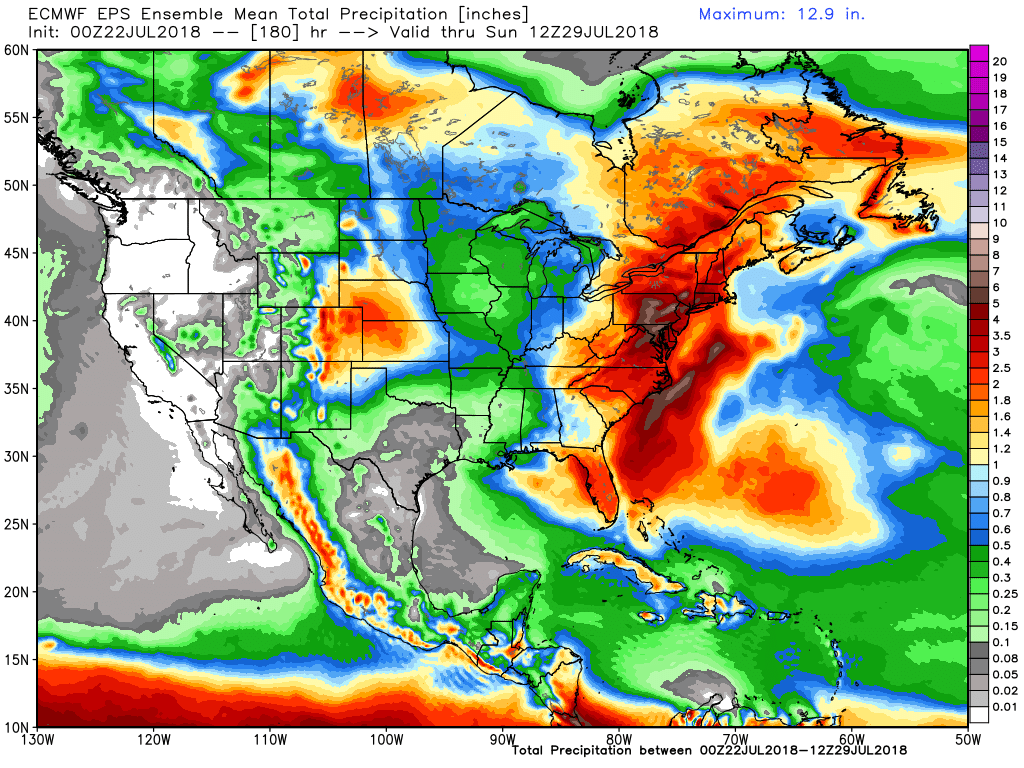