Well, our advertised cold front just moved through Denver this evening. Winds shifted to the northeast and gusted as temperatures began to drop for the night and this will provide the 10-20° drop in highs for Thursday.

For Denver, the front first passed over DIA at roughly 6:30 pm and then into the western suburbs by 7:30 pm.

Observations are shown here from DIA:

Thunderstorms popped up as well. Here is the radar image from when the front arrived: 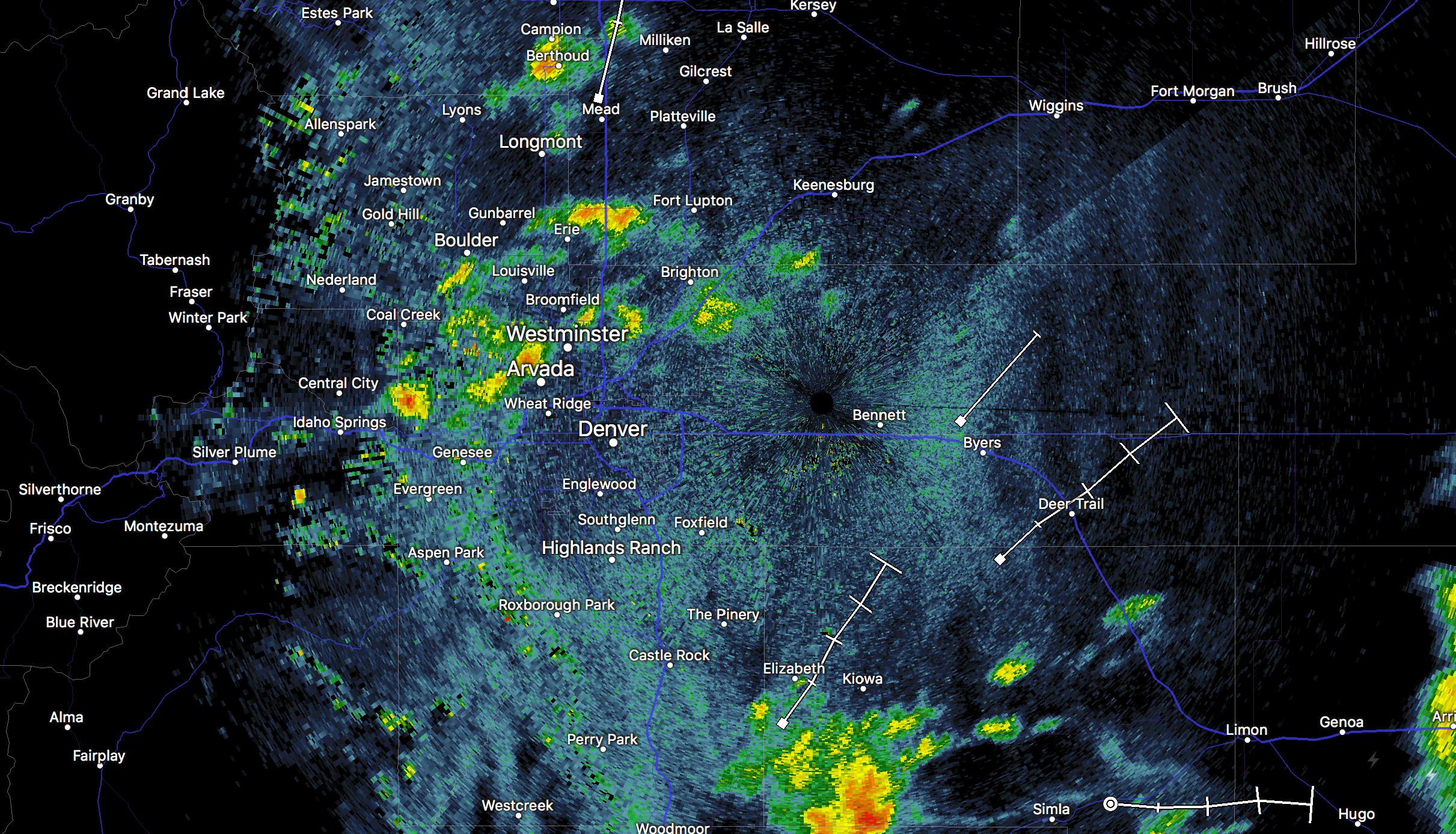 The storm impact will remain overnight, albeit a rainier forecast for those to the east of the city and across the western slope. Here is the projected rainfall from Wednesday evening to Thursday evening from the GFS: 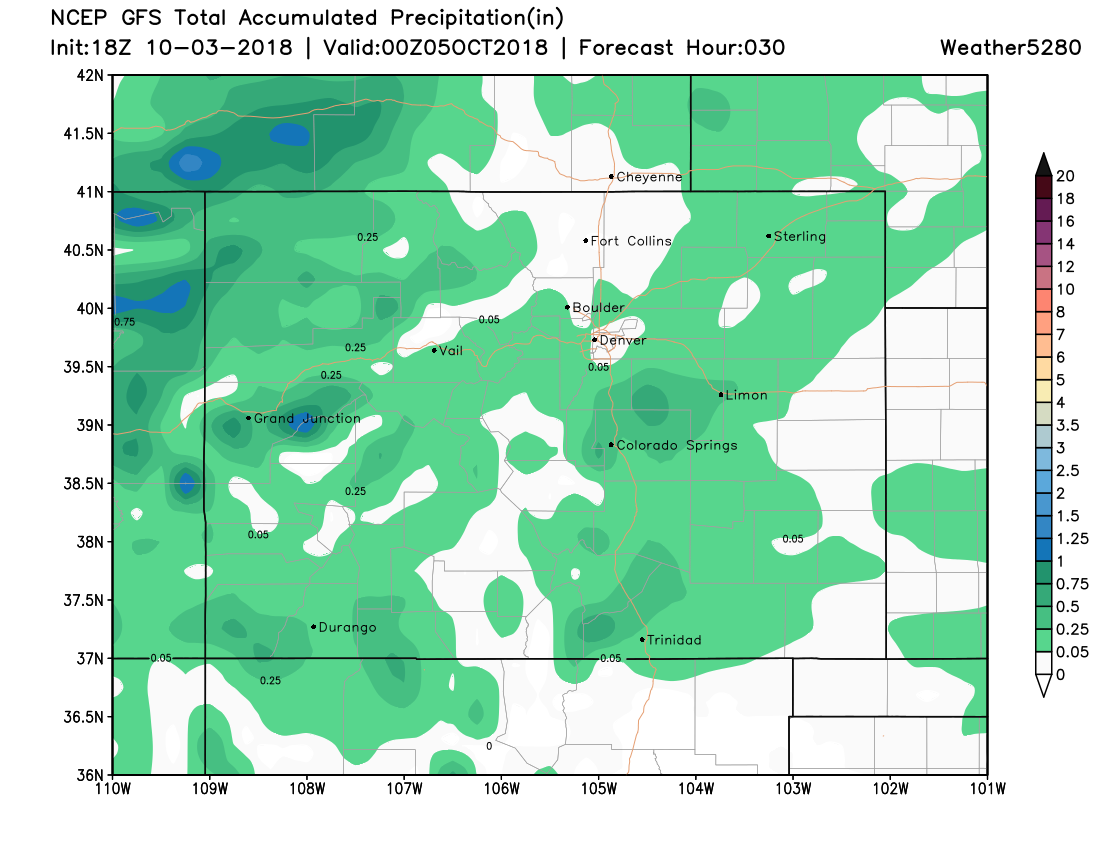 As far as temperatures, there are two camps. One camp being a cloudier day resulting in middle-to-upper 60s for highs and the other being 70s by the afternoon with a sunnier outlook. 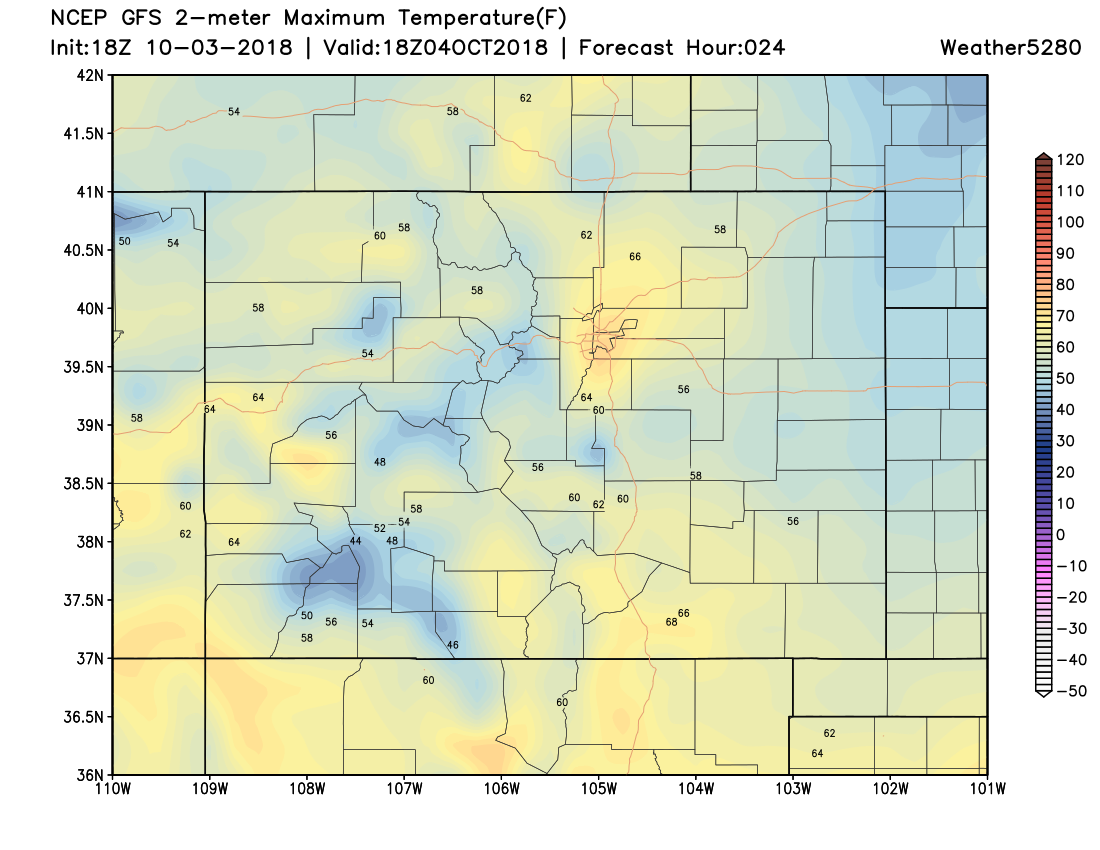 Now, per the weekend and early next week, there is a much more significant change coming. Temperatures will be much colder and there will be areas of snow for the state. Insiders have had a sneak peek at the early modeling on that forecast.