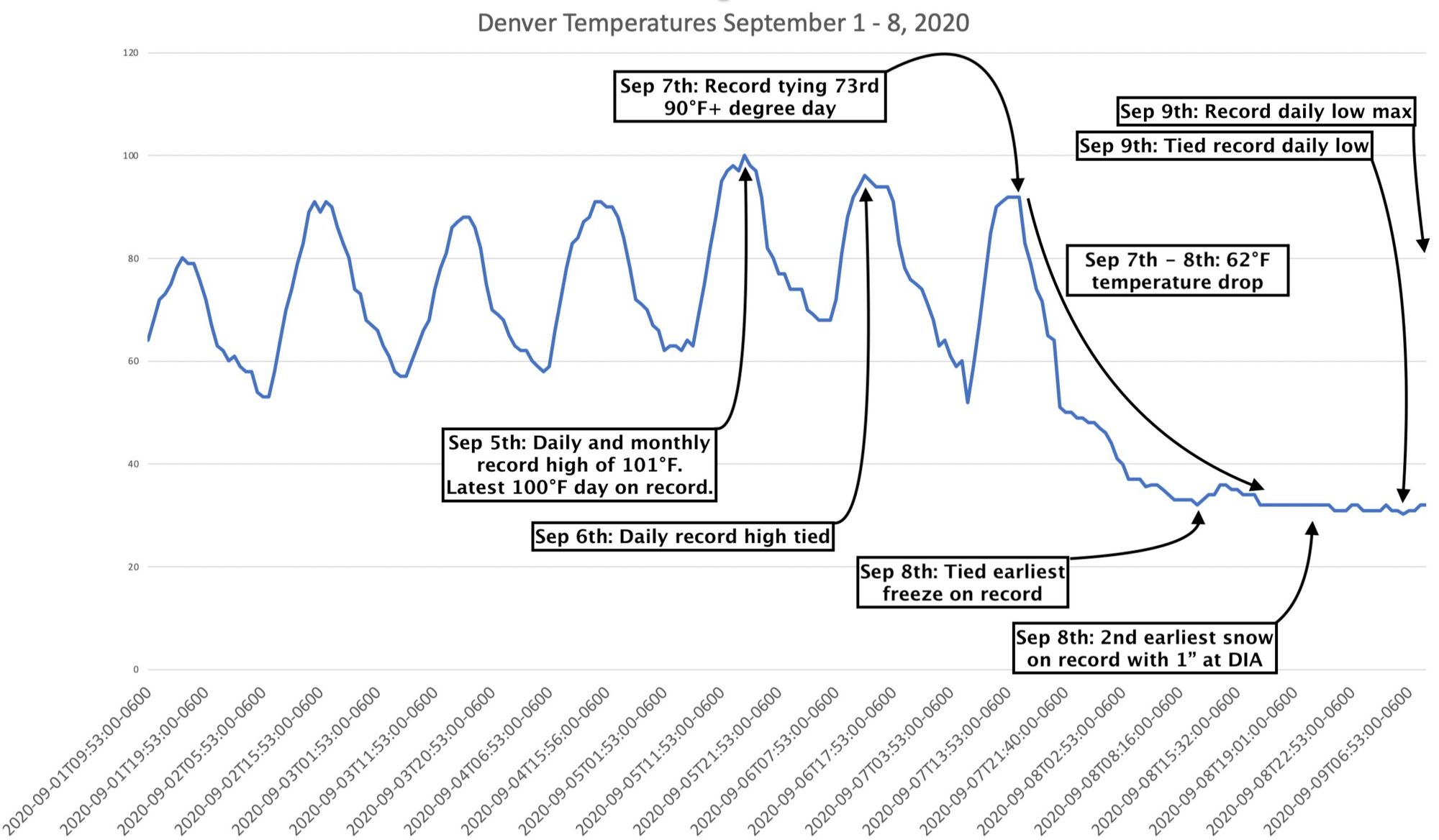 It's been an incredible and unforgettable five days of weather along the Front Range of Colorado and across the Eastern Plains.

September 5th: Record high for month of September
The previous record for high temperature for September in Denver was 100°F, set in 2019. On Saturday the high topped out at 101°F at DIA, setting a new record high for the month.

Shortest time between last 100°F day and first snowfall in Denver
Three days. Hard to imagine that record will be in jeopardy any time soon. The average number of days before the last 100 and first snowfall is 85 days, with the previous shortest period being 20 days.

September 9th: Record cold high
This one hasn't verified yet, but we're feeling confident enough in today's forecast that we think we'll set this record with plenty of room to spare. The current record coldest max temperature is 53°F set back in 1989. The current high forecast for Denver is 41°F, so we should have no problem crushing this record, even if our forecast is off by 10°F+.

Other notable stats from around the state: