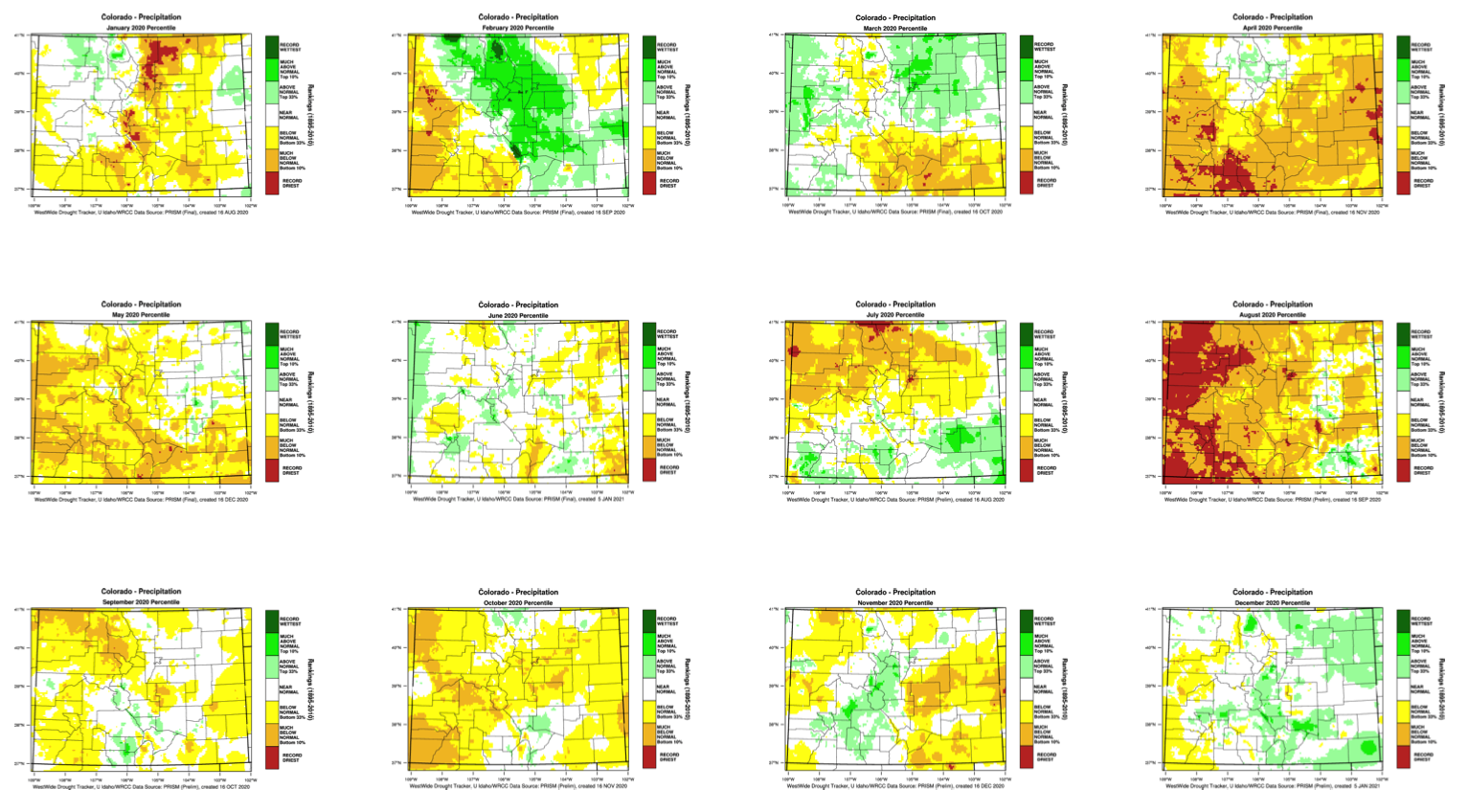 2020 was Colorado's 2nd driest year on record, a progression in images

NOAA released the final data on 2020 Friday and the result was the 2nd driest year on record for Colorado.

Another dataset, PRISM (more below), will be shown in this post; it also has a period of record back to 1895.

In the majority of locations, 2020 was in its bottom 10% of precipitation years.

Despite this drought, there were some highlights to the year. First, I will show you the year as a single image, the months are in order.

February was the best month, followed by March, June, and December as nearer average.

However, you can also see that April, May, July and August were among the driest and climatologically those months are some of the state's better moisture producers. The lack of monsoon really hurt the state.

If you'd like to take a closer look at each individual month:

Here's a data table for GHCN stations to offer insight into how dry some locations were in the year: Some of these are preliminary and have not been vetted thoroughly

As we've discussed with Insider and Pro subscribers, the outlook has not changed for early 2021.