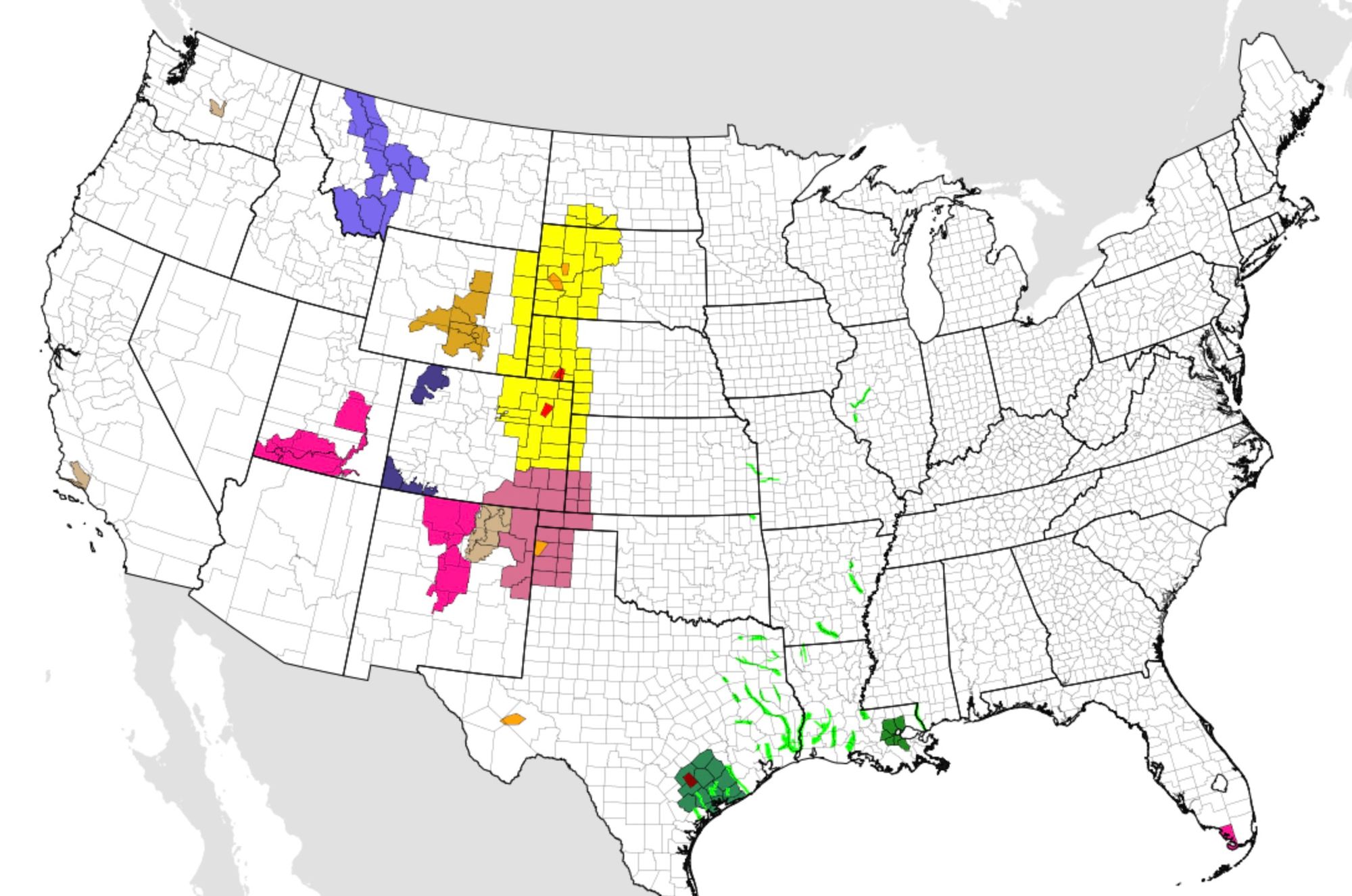 Another active severe weather day across Eastern Colorado as our busy and wet weather pattern continues to deliver to the eastern half of the state.

With yesterday's rain at DIA, Denver has now picked up 9.47" of precipitation so far in 2021, which is slightly more than double the average through May 22nd (average is 4.93") and also surpasses the total precipitation Denver received for the entirety of 2020 - just 8.74 inches!

With that, it should come as no surprise we continue to make progress against the drought across eastern Colorado, with nearly all of Northeast Colorado now removed from any drought classification by the Drought Monitor, and notable improvements across southeastern portions of the state as well with the recent rains. Western Colorado continues to see drought conditions worsen, as the wet spring pattern many of us have enjoyed east of the Divide, have not been present to our west.

Nationally, you can see that our rather wet start to the year is the exception not the rule across the western United States, with Exceptional Drought continuing for much of the Four Corners states, Nevada, California, and most recently across the Dakotas where drought has been worsening in recent months.

The outlook
The outlook is a warm one, and by some measures we could even see a few days that will fall into the 'hot' category this week and beyond. Still, no extended hot and dry period in the outlook, as the pattern looks to dry out a bit – but still remain on the active side as we head through the final week of May and kick off June.

Regionally you can see highs are forecast to be in the 70s and 80s through the next week, with perhaps some mid 80s Wednesday this week and next weekend should the current forecast hold.

Mixed between the warmer drier days will be periods of better storm chances as well. On the days we see storms, look for temperatures to end up on the cooler side in most cases.

We expect storm chances to be pretty low for the next several days, but never zero this time of year. The better chance of storms returns to the forecast by mid week, and again late next weekend. Below are the latest precipitation probabilities for the Denver area showing a least a couple of quieter days ahead it appears:

The European 7-day precipitation anomaly forecast, ending next Sunday night, would also suggest a quieter (drier) period for Eastern Colorado, but it's tough to hold up given the persistently wet pattern.

We expect that even if we end up drier this week along the urban corridor, there will be some more severe weather days across the plains, with locally heavy rainfall as well. A look at probabilities for Wray, Colorado would support this idea, with generally better precipitation chances each day over the next week as compared to Denver above.

Overall, we slide into a nice and warm summery pattern to end May, but with the amount of moisture we've seen of late, and enough activity in the large-scale pattern, no big time early season heat ahead and most days look to feature at least some storms across eastern Colorado for the foreseeable future.