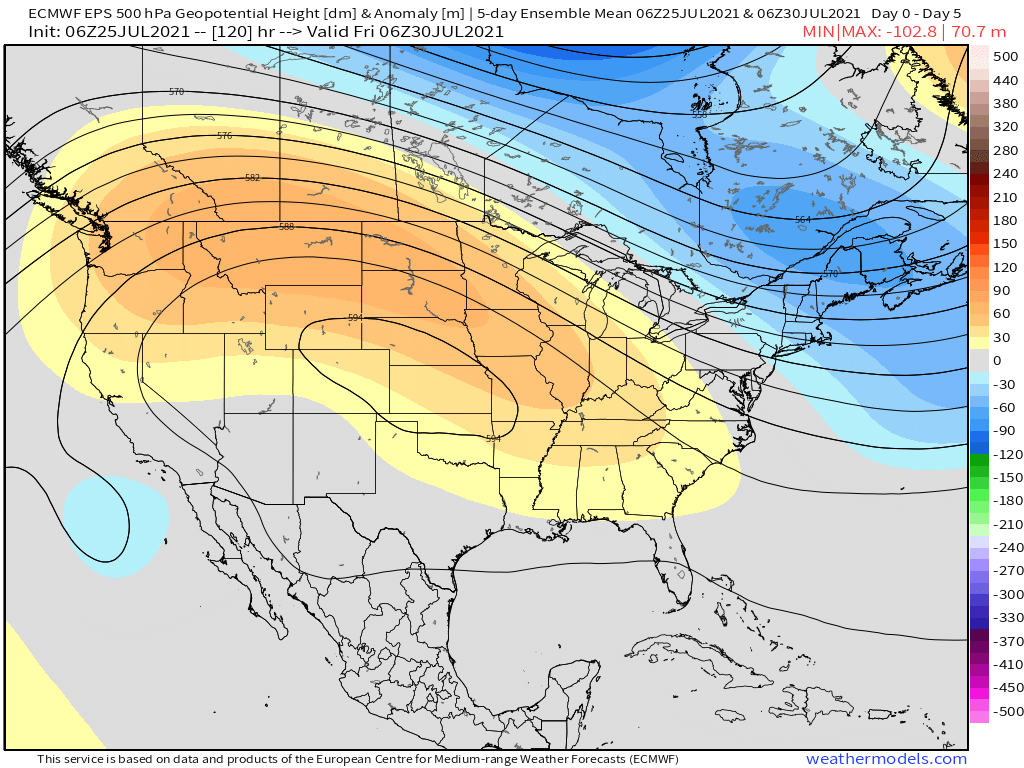 Hard to believe it's the final SOTA for July, 2021. Time is flying even if the rain is not!

Despite better moisture in place over recent days, storm coverage has been lacking across Northeast Colorado. The greatest coverage instead has been confined to the Palmer Divide and higher terrain of Colorado – especially over the southwestern portion of the state which needs it most!

Precipitation totals over the last two days were impressive across much of Arizona with an active monsoonal pattern in place over the last week. Even areas of Southwest Colorado managed some beneficial rain to end the week and start the weekend:

Nationally, we see a much drier pattern in place over the last week across the plains states and Mid-Atlantic, with the greatest precipitation anomalies across the Southwest (monsoon) and Southeast.

Zoomed into Colorado se see the east/west divide quite clearly, as well as a southerly bias for the greatest precipitation totals over the last week. Across the plains, even with some cooler temperatures yesterday, it's largely remained quite dry.

The week ahead
The good news is, the monsoon will continue to remain quite active through the end of the month, even delivering some good moisture as far west as California this week.

The bad news is... some of these storms are likely to produce more lightning than rain across the west where fire danger is quite high, and across the northern plains we expect a period of very hot weather for much of this week.

In the animation below you'll note a lot of green across the western United States. This is indicative of above average PWAT values (a measurement of how much water vapor is contained in a column of air for a given location). For the portion of the country that continues to be plagued by extreme drought conditions, this is obviously good news – with continued active monsoonal flow in place to enhance diurnal storms across the West.

For Northeast Colorado you'll note more whites/browns in place early in the animation before gradually an increase in moisture later in the run (days 7 - 10).

This aligns well with our outlook, which calls for a mostly dry forecast for the next several days, before increasing better storm chances later in the forecast. Below are the latest 24hr precipitation probabilities for Denver (you can find them for your location here).

If we look at precipitation anomalies through the end of the week, we see some above average precipitation forecast across the Southwest (even into southern California!) and across Western Colorado. Average to drier than average conditions are forecast to persist across Colorado's eastern plains.

If we extend the outlook through the middle of next week... the Euro is more optimistic some of that moisture will finally work its way further north and east. Perhaps too optimistic? But let's hope.

Temperatures
You'll likely hear a lot about a large "heat dome" in place over the country this week, which will help push temperatures well above average for many. The worst of the anomalous heat is expected to be across the northern High Plains, which continues to see worsening drought conditions this summer.

Here's a look at 500mb height anomalies for the coming week:

Not surprisingly where we see the active monsoon to our southwest we anticipate temperatures to be cooler than average, but under the dome temperatures will be cooking.

So far any monsoon signal we've seen at range for the northern urban corridor hasn't really worked out – at least not widespread or reliably over multiple days. We'll go ahead and hope the Euro is right about an increase in storm coverage next weekend, which would mean not only better storm chances, but also some relief from the heat we expect for much of the workweek ahead. Highs through Friday are forecast in the 90s for Denver (hottest Tue/Wed/Thur), but perhaps some 80s by next weekend if we can manage some rain!