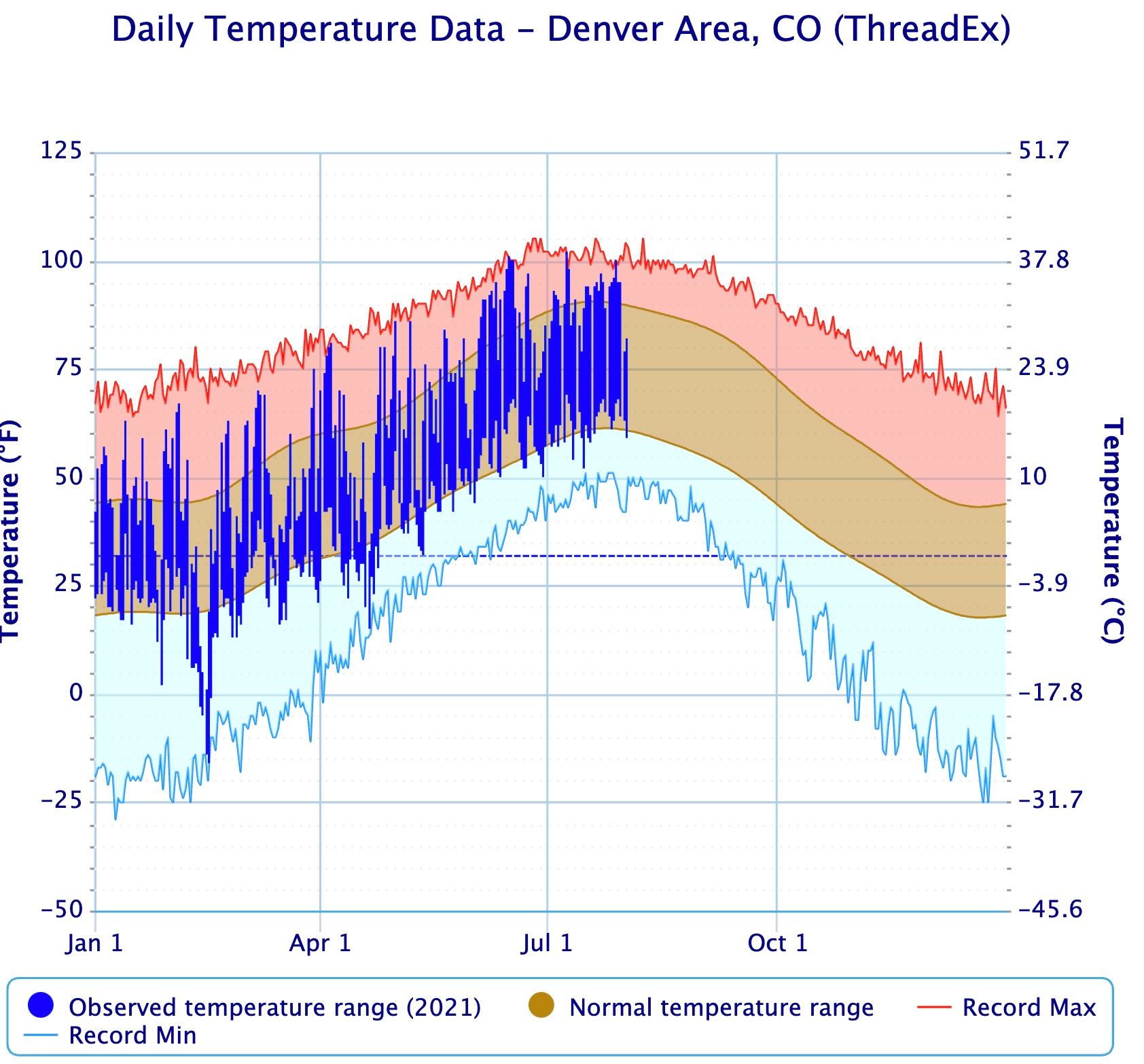 Just one month until the start of meteorological fall, and despite plenty more heat ahead of us before the cold season kicks in to full swing, the start of August always has a certain feel to it that's different than the first months of summer.

After today, the average high in Denver begins to steadily fall, and will continue to do so through mid-December.

The average high will tick down from 90°F today to 89°F tomorrow, eventually bottoming out at 43°F on December 15th. By the end of August we shave about 5°F off both the average high (85°F on August 31st) and average low, which drops from 61°F from the start of the month down to 55°F by the 31st!

Weekend rainfall totals
The combination of a good cold front and monsoonal moisture in place over the region this weekend contributed to some good rainfall totals, and some troublesome flash flooding.

Some of the worst storm damage from the last week came in Glenwood Canyon, where I-70 is once more shut down indefinitely, this time due to a mudslide there last week. The damage, which has seen several mud slides in recent weeks after last year's fire, has been described by CDOT as "extreme", and no reopening date has been set.

Our station on the west side of Denver picked up just over 0.5" of precipitation this weekend. This is well short of some areas which saw upwards of 1" of rain, but also better than DIA which picked up just 0.1" this weekend, bringing the official rainfall total for July to just 0.34", some 1.80" below average for  the month.

Of course, many (if not most) areas along the urban corridor did better than this in July, with greater totals in the final two days alone than DIA saw for the entire month. If we look at the last 3 days, we see some great rainfall totals across the central mountains, urban corridor, and extreme southeastern portions of the state:

For the last 30 days, we see the monsoon coming through for much of southern Colorado, with the Front Range mountains also taking advantage of some above average precipitation as well. For the Northeast Plains, drier than average conditions were dominant through the period.

The week ahead
Showers and storms will remain in the forecast off and on through the week, though nowhere near the wet signal we saw to end last week and start the weekend.

Of the next several days, Tuesday may feature the best storm chances for the Denver area as is reflected in the probabilities above and hourly timeline below.

Highs will be in the upper 80s today, then cool a few degrees Tuesday with the better chance of storms in the forecast. A gradual warming trend in to the low to mid 90s is forecast for the end of the week.

Through the end of the work week the greatest storm coverage is expected to be confined to the high country, where flash flooding will be an ongoing threat this week. Across eastern Colorado, we'll see some days with better storm chances (albeit some days will be feature storms with more wind than rain), but overall a less active week ahead.

The precipitation map through Friday shows average to below average precipitation forecast east of the hills, but some greens extending up through the intermountain west and Pacific northwest.

And finally, the unfortunate news, is wildfire smoke will continue to plague our air quality for the foreseeable future. That means yet another poor air quality alert day today across the region (grays in map below), even as our mountains remain under the threat of flash flooding (green Flash Flood Watches below).