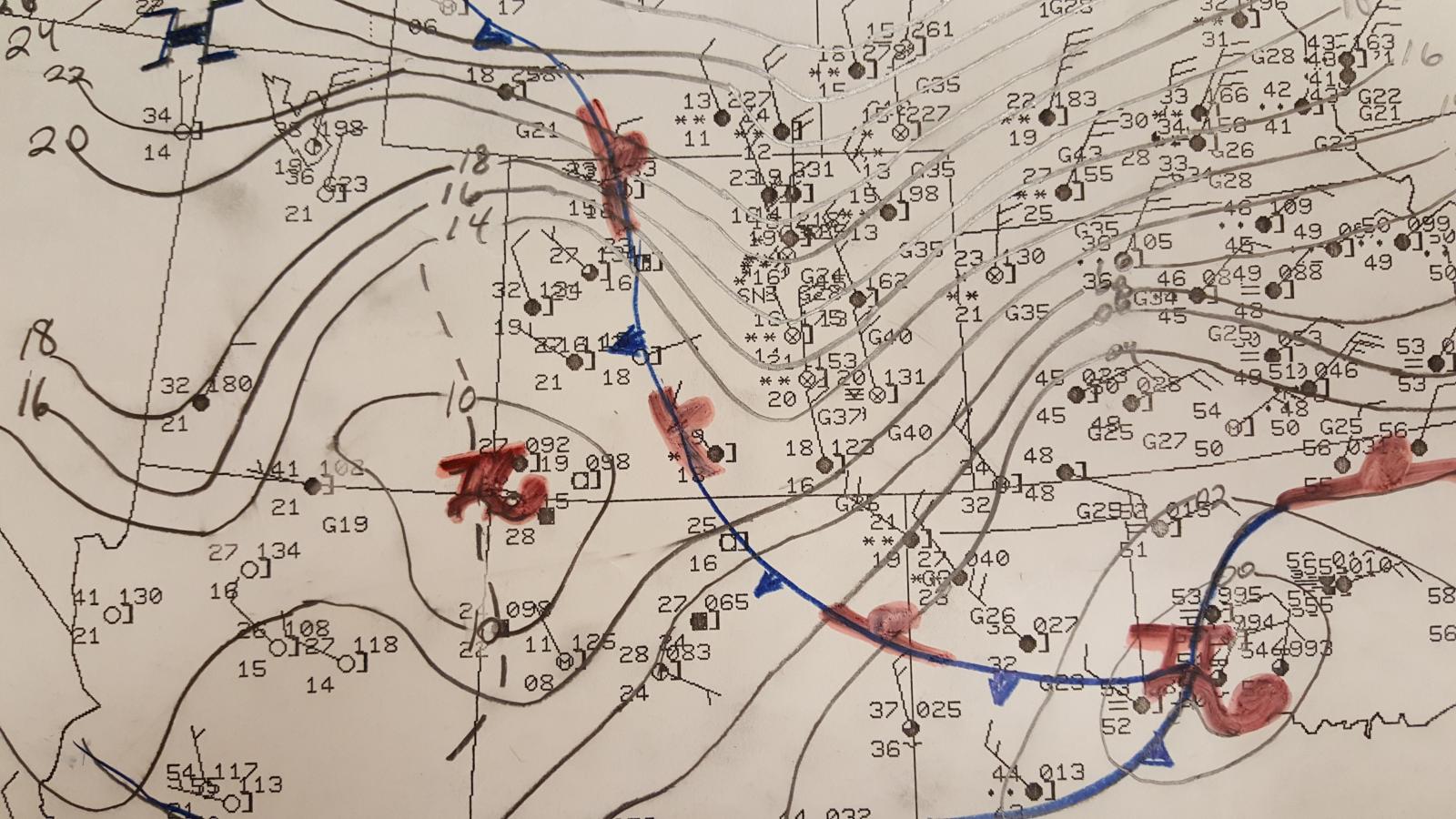 Happy 25th anniversary to the October 24th and 25th blizzard of 1997. Anywhere from 1 to 4 feet of snow fell across the region, including 48" in Monument, 24" in Colorado Springs, and 15 to 30" of snow across the greater Denver metro area. The early season storm claimed the lives of four individuals, lead to hundreds of stranded drivers along the Front Range, killed thousands of cattle across the plains, caused millions of dollars in damages, and otherwise brought the region to a standstill.

With 22.1" of snow recorded in Denver that October, in the 25 years since we really haven't come close to seeing another start to the season like we saw that year. Only two seasons have featured double digit snowfall totals for the month since then – October 2009 (17.2") and October 2019 (12.5"). On average, the city sees 4.1" of snow in October.

While some areas saw their first snow of the season last night, this passing system was not exactly a 1997 storm. Across the Palmer Divide, a few locations managed anywhere from 0.5" to 2.0" of snow, and while nothing crazy, certainly a sign of the changing season!

Temperatures today will top out in the 40s and low 50s across the region, with overnight lows tonight again being near freezing for the metro areas. A Freeze Watch is in effect for most of southeast Colorado, with lows in the mid 20s for places like Colorado Springs, and perhaps into the low 20s across southeast plains.

A look at the hourly planner for Denver shows the break between systems will be short, as we see a milder day Tuesday ahead of increased precipitation chances and cooler temperatures on the way Wednesday and Thursday.

Like this most recent system, most models aren't all that enthusiastic about snow for the lower elevations. The European is maybe the most bullish on snow, mainly across the Front Range foothills and Palmer Divide (though maybe a coating to 1" in Denver as well), but other models are borderline dry and or bring precipitation through as rain.

When looking at the latest GFS it's hard to be excited about snow unless you're in the northwest mountains of Colorado. It moves the system through quickly, mainly Wednesday afternoon through Thursday morning and then is done. What precipitation it does try to pull east of the hills it has in the form of rain, or a rain/snow mix.

The European ensemble mean snowfall forecast shows roughly a Trace to 1" for Denver, 1 - 3" for the foothills and Palmer Divide, and Trace to 1" for Fort Collins and Colorado Springs. I think we can manage that.

For the mountains, again, a bit better setup – with upwards of 4" for many of the highest peaks coming once again by the middle of the week.

After a cooler couple of days, and maybe even chilly day on Thursday, temperatures look to warm as we head into the weekend and early next week.

The European (above) looks quite mild to start next week, though the pattern overall supports additional troughing, transient weather pattern as we kick off November.