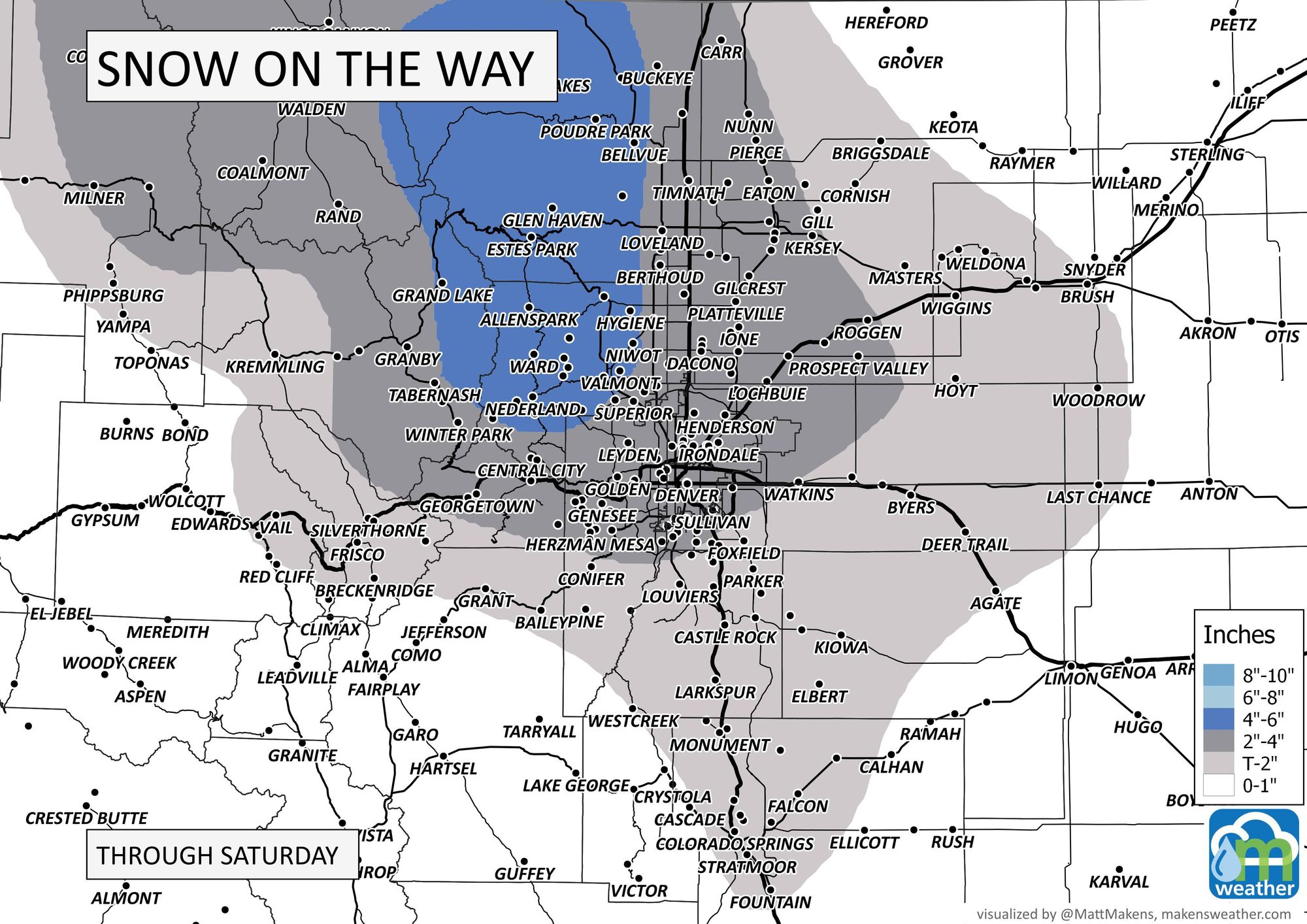 Areas of snow began Thursday morning for Northern Colorado, following up on light snow yesterday in the Northern Mountains. Through the we will see snow increasing as colder temperatures move in. Snow, ice, and single-digit lows can be expected Thursday into Friday, with the cold extending into Saturday morning.

Let's break down the storm system and our overall weather pattern in this video (if you want a bigger screen, you might head to YouTube itself, https://youtu.be/W_x_GyPiNa8):

I cover the two snow areas of the country in that video and mention a pattern change for Thanksgiving week.

If you are worried about travel areas, the highlighted regions will likely have the biggest impact.

Those coincide with where we see the higher probabilities of deeper snowfall, remember snow ratios will be higher this time meaning lighter fluffier snowfall as the colder air moves in.

Take those probabilities and compose a map-based snowfall of most probable totals. We think some will over-perform and beat this forecast, especially foothills near Boulder, west of Arvada, Golden, etc. and the northern Front Range Mountains, but most probable is shown here for the area. Those in the higher elevations could come away with over a foot of snow in isolated areas, that'll be fun. Another area to watch for potential bust is on the Palmer Divide, so Douglas and Elbert Counties.

Let's talk temperatures for a moment. I'll go through highs and lows from today through Saturday. Note the cold! expected Friday and Saturday mornings.

If you are traveling soon, beware of the Great Lakes region as the snow there will cause much bigger delays that what we have coming our way in Denver.