As you know, we spent much of the last month with one eye on the end of March and first week of April for a good spring storm. Long range models showed activity picking up across the west already in late February, and that in combination with the time we of year we are entering led us to believe that if we were going to get a good snow storm this season, the time for that might just be now.

A week ago things looked to be falling in line with those thoughts. The GFS and Canadian finally showed a good, slow-moving, closed upper level low moving across southern Colorado -- the type of storm that brings good accumulating snow to the Front Range and eastern plains.

The EURO, while wet, wasn't quite as convincing. Despite a few of it's ensembles closing off, the majority of its members kept it open until well east of Colorado.

Today all three models (GFS, EURO, and Canadian) are all in pretty strong agreement with this system, which just does not look like it will slow enough to be a big snow producer for Denver. The trend all weekend has been for a more open, quicker solution, rather than the slow churning storm models were trying to produce late last week. 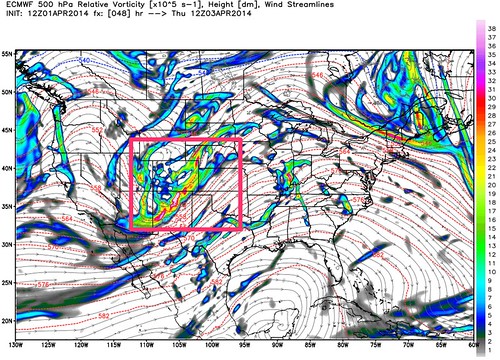 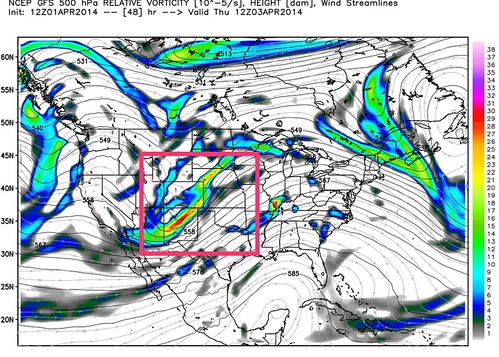 That being said, we are still tracking the chance for rain and snow in Denver from Wednesday PM through Thursday. The GFS/EURO/GEM all produce somewhere in the ballpark of 0.2" to 0.4" QPF through the period, which with the right timing and enough cold air could produce some sloppy accumulation in spots across lower elevations. While there is some moisture with this storm, it's just not enough this time of year to equal big snow. Ratios are just too low and surface temperatures too warm.

As is typically the case this time of year with these types of systems, the higher you go in elevation from Denver (south and west), the better chance there will be at seeing accumulating snowfall. We will hold off on issuing a snowfall forecast at this time, but several inches will certainly be possible for the Front Range foothills Wednesday through Thursday.

Severe Weather Threat
This system will have a severe weather threat east of Colorado, possibly one of the more significant outbreaks of the season given how quiet March was. Here is a look at the day two and day three risk forecast from the Storm Prediction Center. 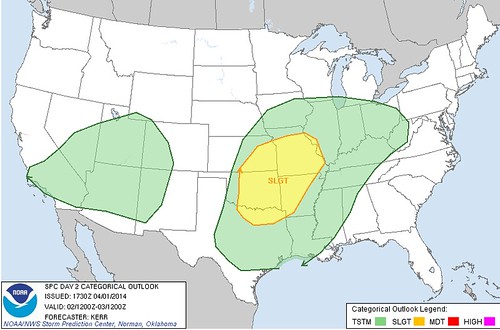 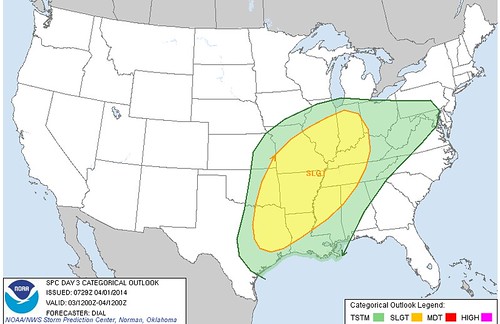 This isn't a great start to Denver's second snowiest month of the year if you're one of the snow lovers in the group. After ending March below normal, and at just 31.7 inches on the season, we'll need 24 inches this month to end April at average for the season. A big hill to climb!

There's a lot to watch over the next 24 hours, so stay with Weather5280 for updates. We'll see how things shake out as we head into the overnight hours Tuesday and see if any adjustments will need to be made to the general forecast as we head into Wednesday. Chances are this storm overperforms somewhere, but odds at this point are against Denver. Always a tricky time of year for snowfall forecasts across eastern Colorado, but from where we sit this afternoon it looks like we have a better chance of measuring this storm in rain and slush, rather than feet of snow.

Little change to the forecast discussion we put out yesterday. Our storm remains on schedule, with rain and snow…

The saying is probably more fitting for April based on Colorado's history. Then we'd have to shift "April showers…