What is Denver's snowiest month on average?
March. The Mile High City sees nearly a foot of snow on average during the month of March, with 11.5" on average from 1882 to 2014. Ignoring the issues around moving the city's official record keeping location four times since 1882, it's fair to say March will often make or break a snow season for Denver.

Today we look back at the top 5 biggest March snowstorms in the city's history, do you have memories of any of them?

Here is a look at the surface map for March 21, 1952 from the Department of Commerce. 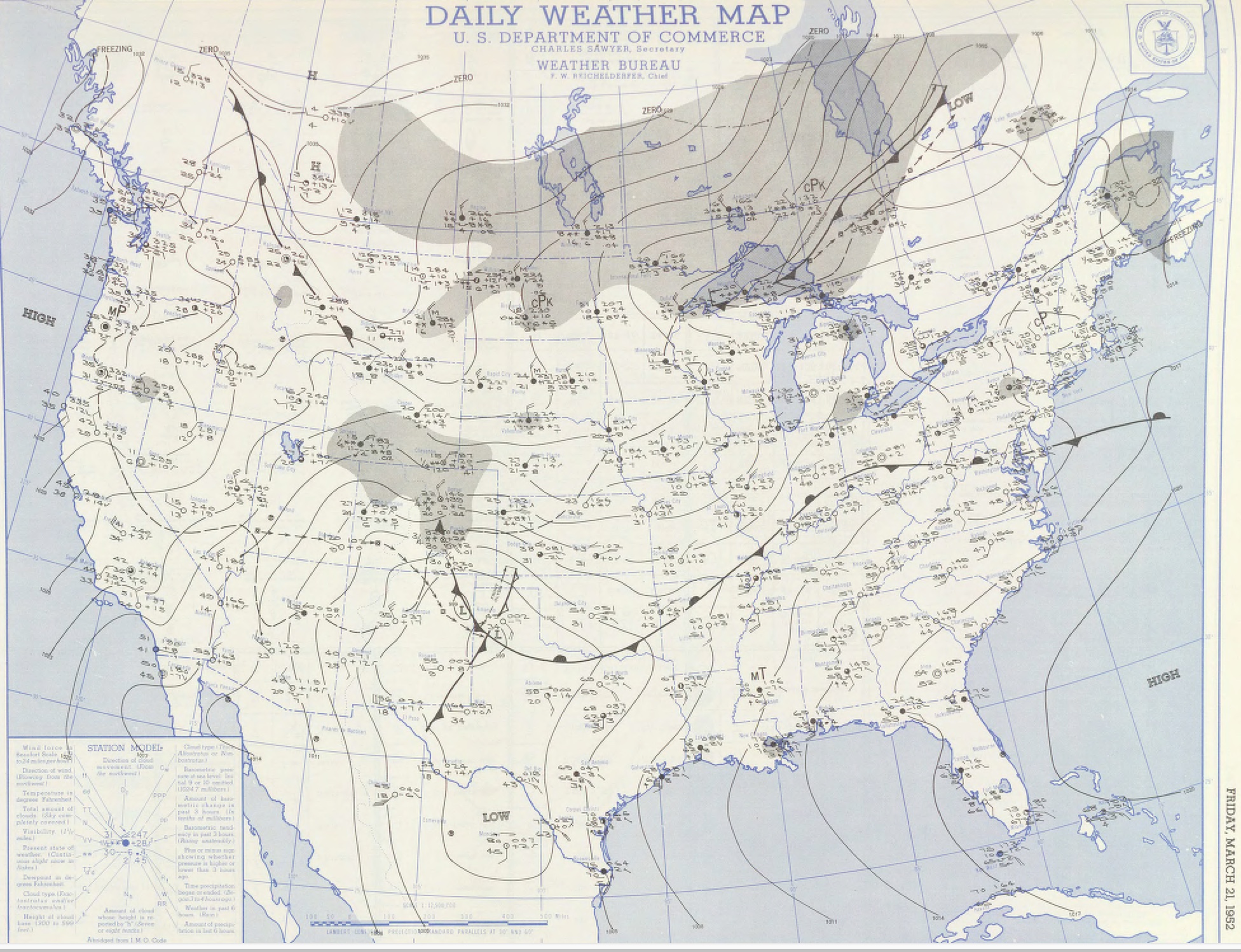 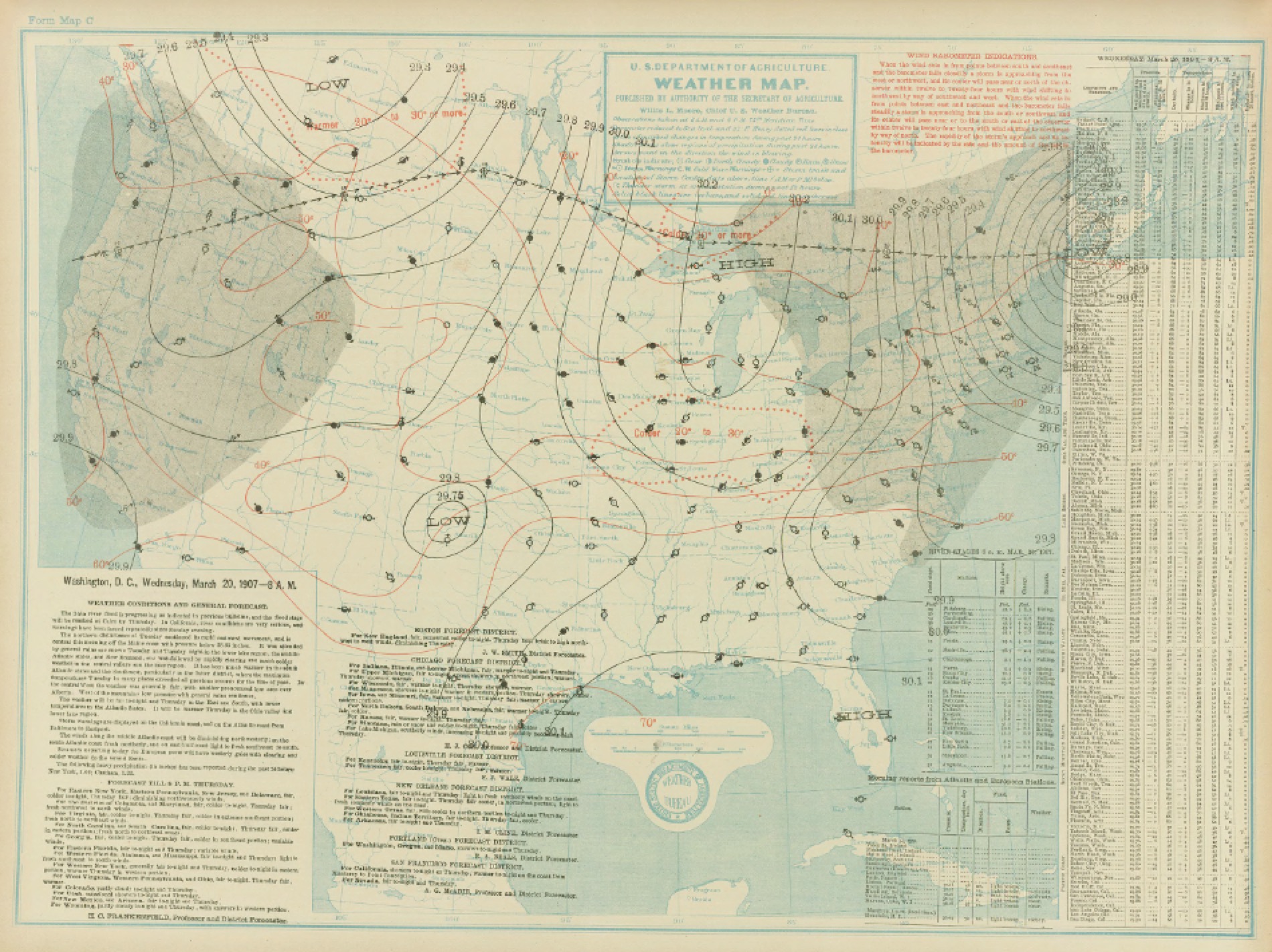 The finish, however, was a completely different story. Through February of 1944 Denver had only recorded 30.0" on the season (that's 16.4" behind we we ended February this year), yet the season ended with 90.5" (33" above normal). 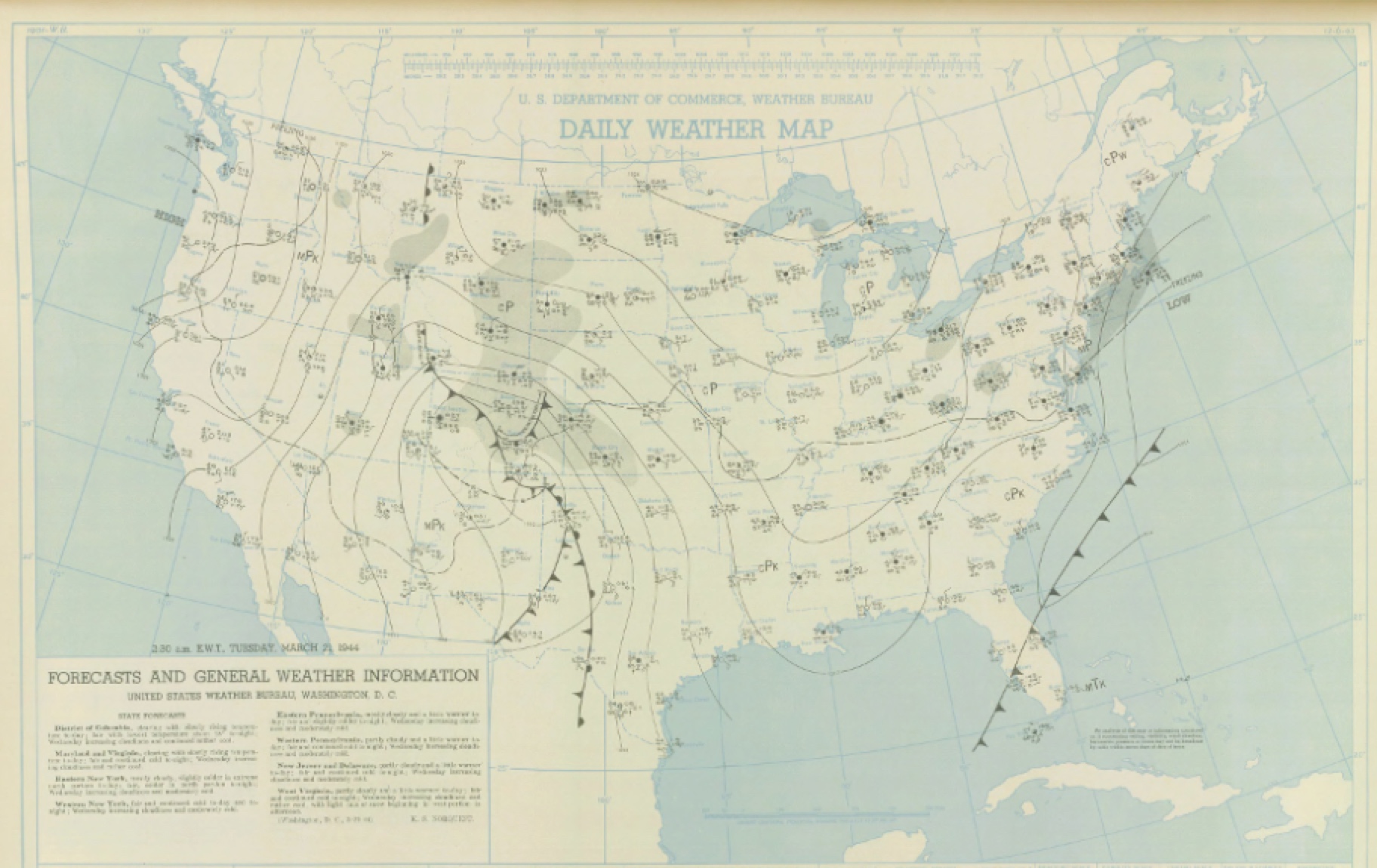 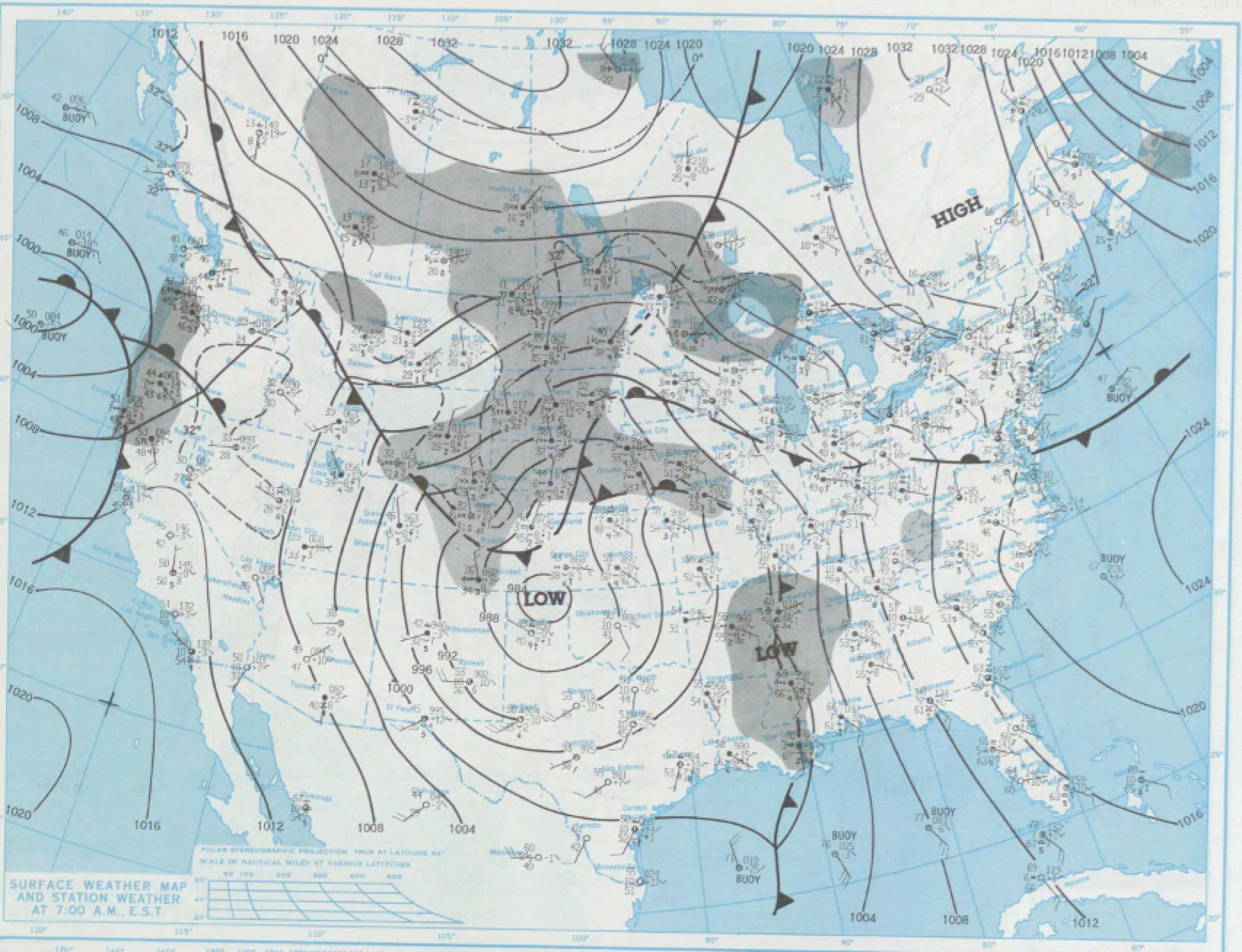 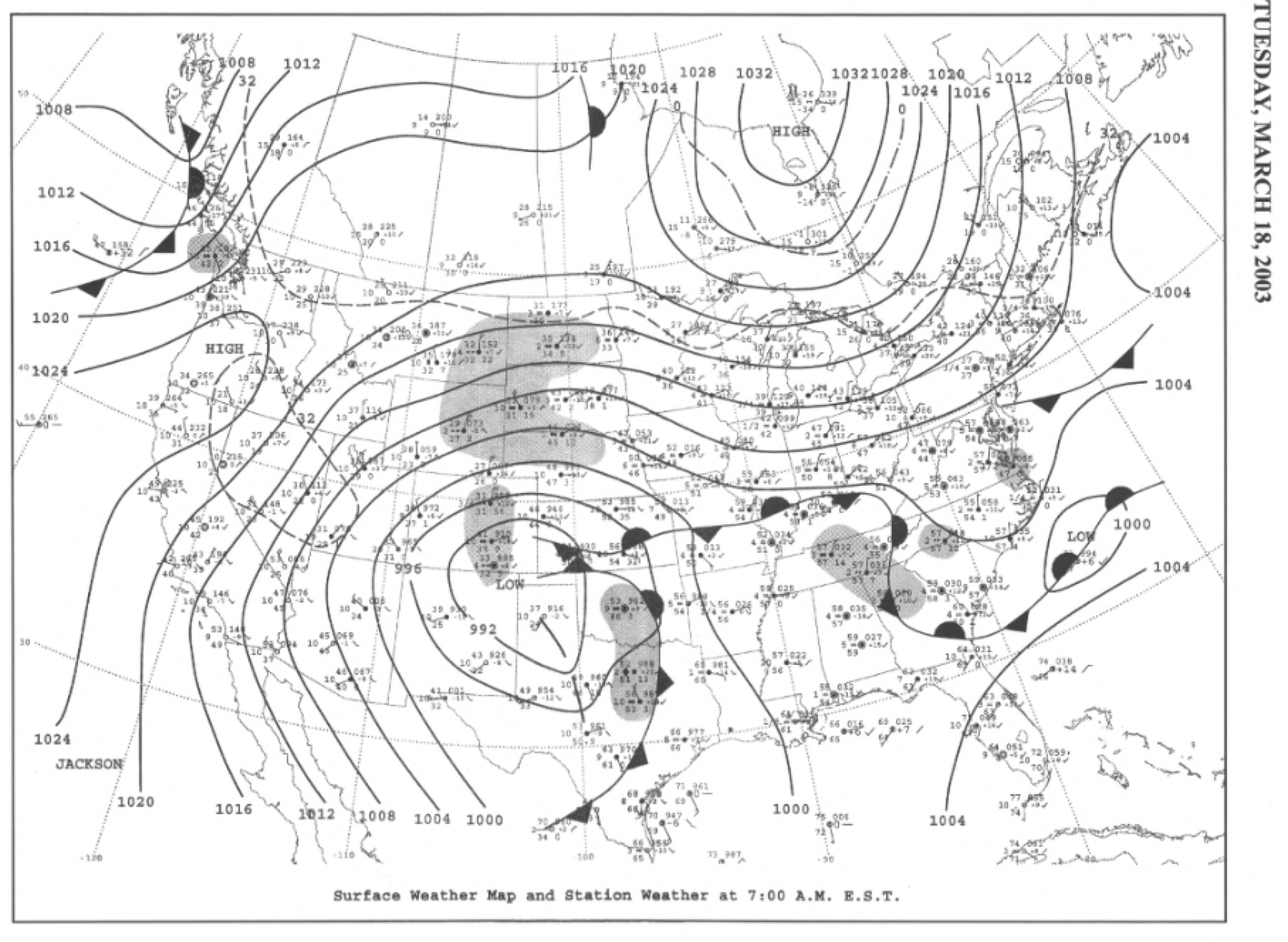 Snowfall totals from across the region were incredible with this storm. Across the Denver metro area totals from 30 to 40" were common, but at higher terrain west of town some locations saw more than 70" over this 3 day stretch!

Here's an incredible satellite image of the snow cover taken on March 22, two days after the storm. Two things to point out here... note the sharp cutoff of snow northeast of Denver. Also not the pockets of snow-free ground north of Denver, where localized downsloping winds limited snowfall. This was a warm, wet system, which meant a very fine line between rain and snow. Find the high-res version here. 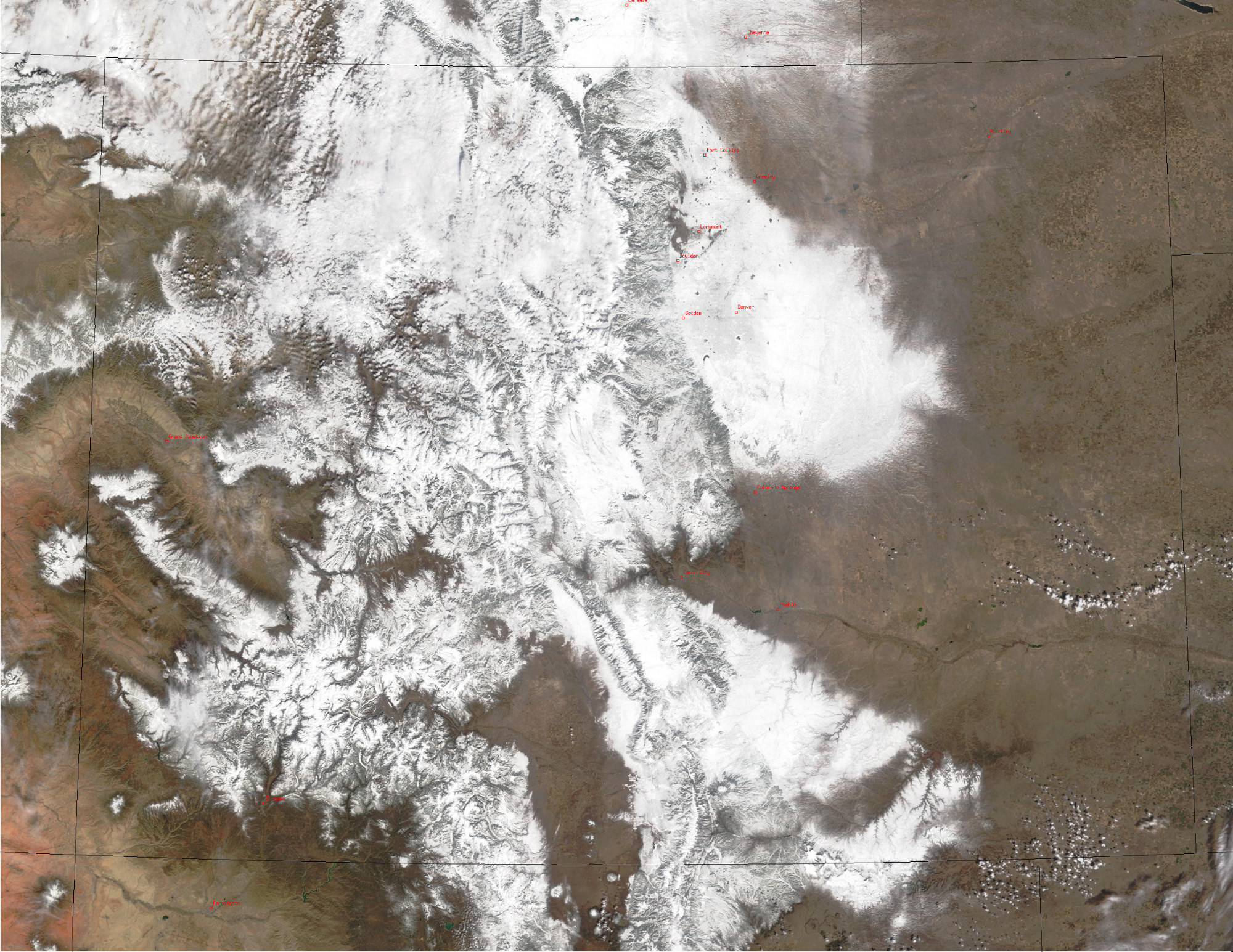 March certainly has made its mark on the list of historic Denver snows, though these great snowy March's are balanced out with those that deliver nothing. Over recent years Denver's seen it all, from 6.0" in 2014, to 23.5" in 2013, and of course the 'torch' March of 2012 when just a Trace of snow was recorded.

Time will tell what will happen this year. Interestingly enough, all but one of the storms in the top five least came during the second half of March.