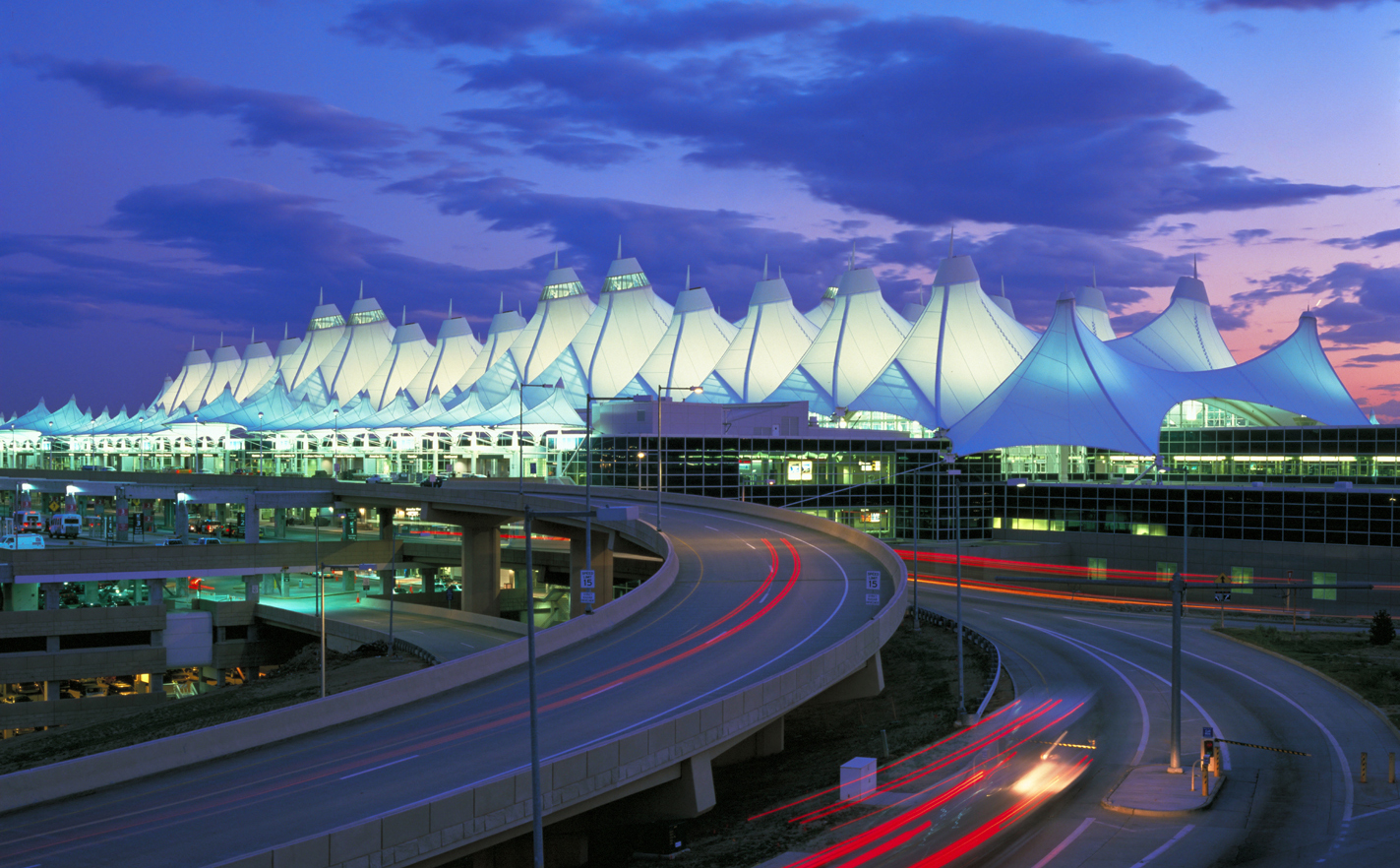 Why Denver's Official Weather Station Should be Moved

If there's one thing most can agree on, it's that the location of Denver's official weather station at Denver International Airport is a poor representation of the weather where Denverites actually live. At any given time DIA's temperature can easily be 5 - 10 degrees (or more) warmer or colder than downtown Denver.

While the issue of placement of official weather stations is not unique to Denver, the degree to which its current location at Denver International Airport misrepresents the city it's meant to serve is certainly notable. 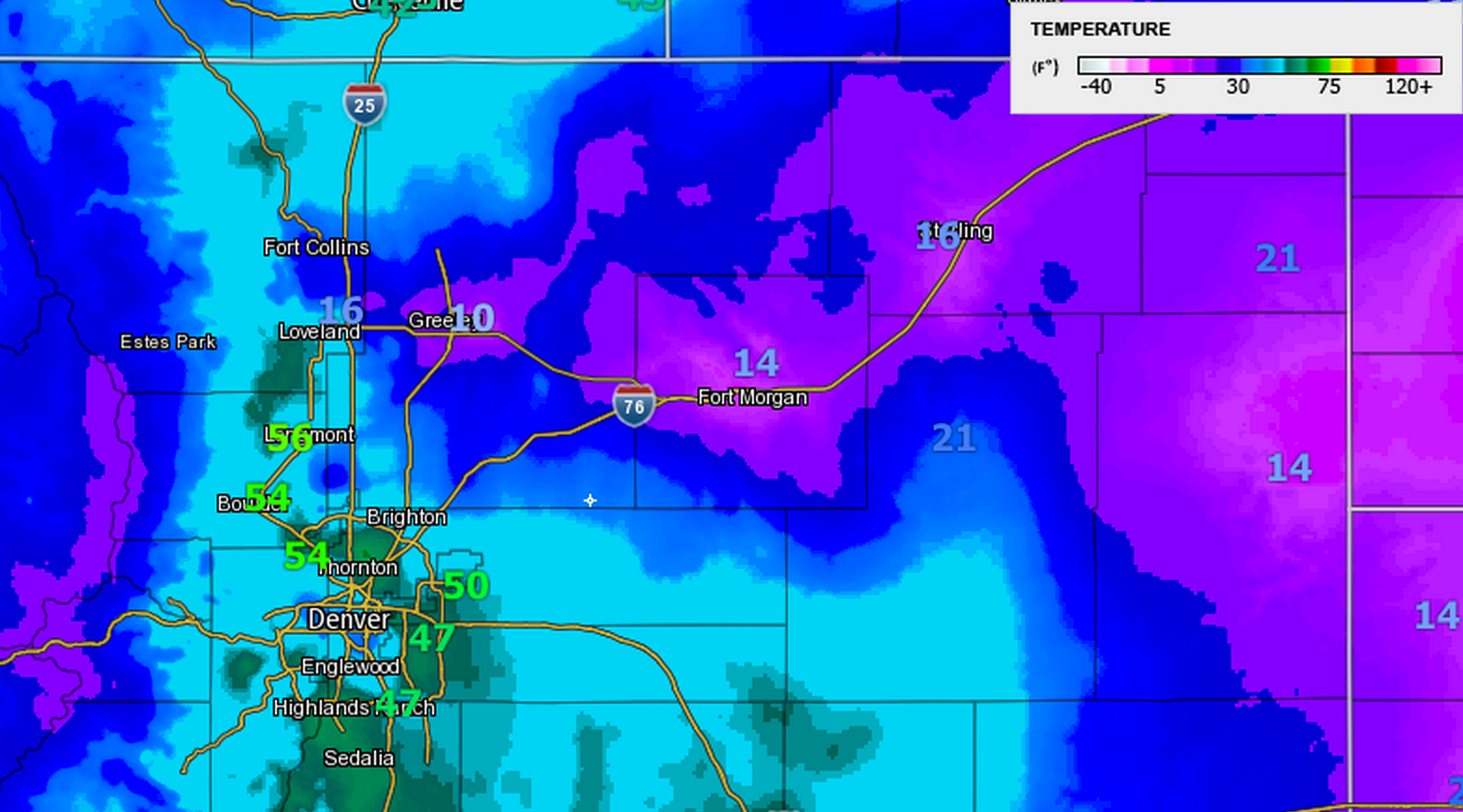 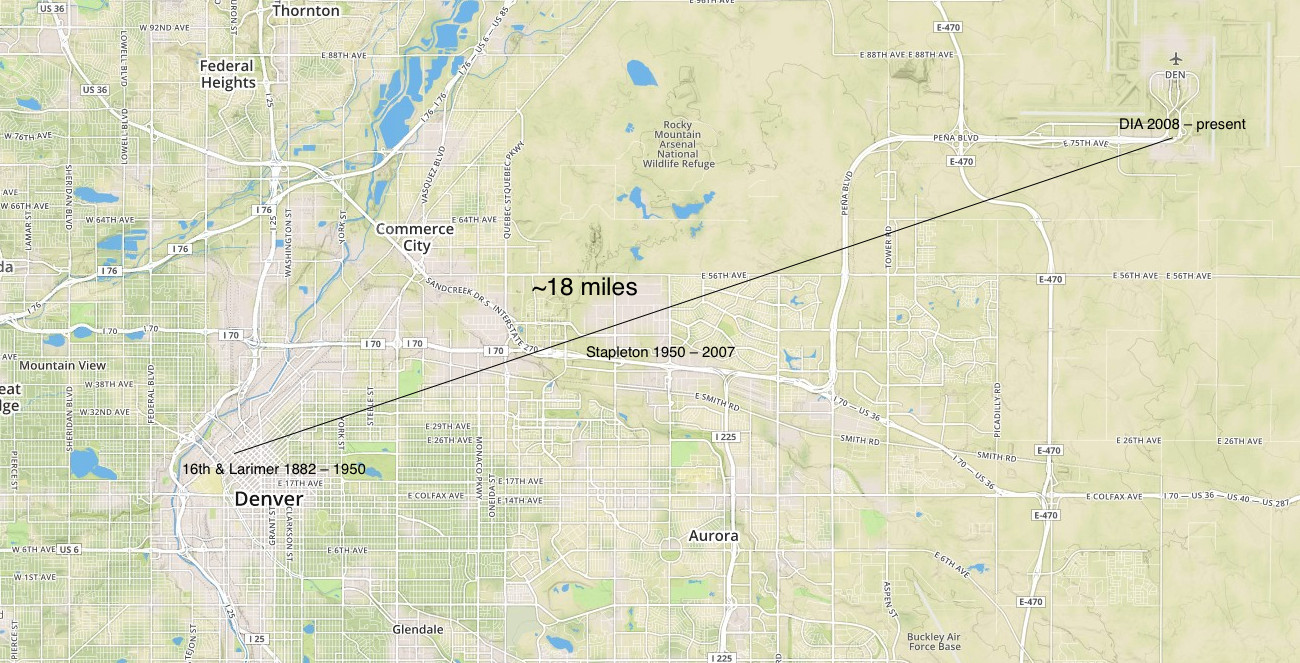 According to the 2010 census, the estimated population by square mile around DIA is less than 20 people, compared to central Denver census block groups that range from 15,000 to nearly 35,000 per square mile. 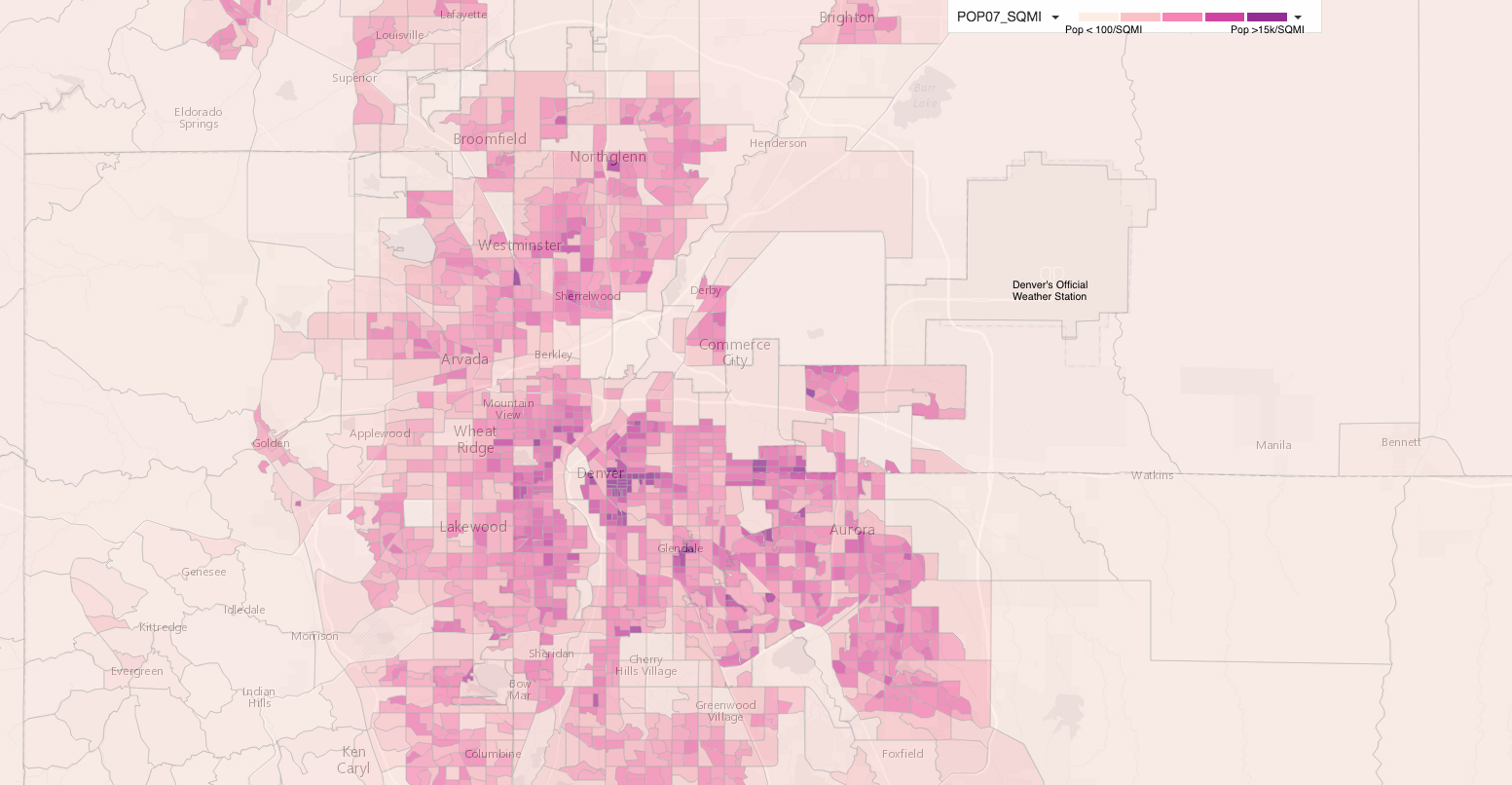 Comparing data at three weather stations
The greatest descrepencies arrise during extreme weather events. During cold outbreaks, DIA will more often than not bottom out well below any temperatures in the city. This due in part to the 'urban heat island' effect, but also the topography of the region, particularly around DIA.

In 2014, the average minimum temperature at DIA was 36.63°, while the weather station at Denver Museum of Nature and Sience in city park averaged 38.91°. Below is a chart of the daily minimum temperatures for both DIA and the DMNS stations. Notice the greatest differences occur during extreme events. In 2014, the coldest temperature recorded at DIA was -19° F, while the DMNS station bottomed out at -8° F that same night. 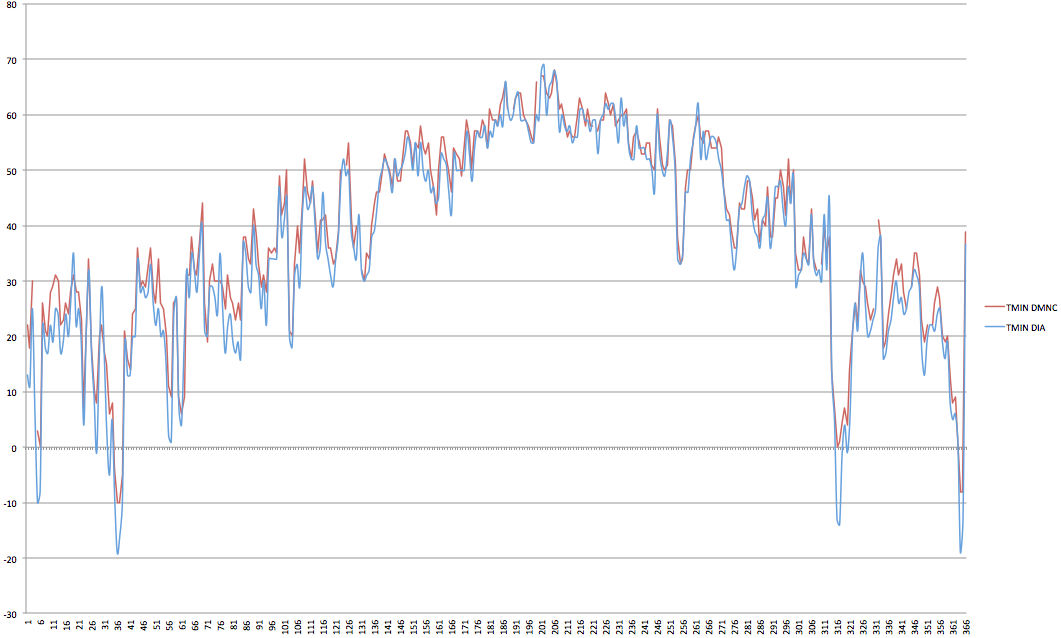 The maximum temperature graph looks very similar, with less variation. We also only see a ~1° difference in the average daily temperature max over the course of the year with an average of 65.63° at DMNS and 64.72° at DIA.

When it comes to precipitation and snow, the differences vary greatly year-to-year. Season-to-date this season, both Stapleton and DMNS are running slightly ahead of DIA for snowfall, but this isn't always the case. Of the two seasons since '09-10 that Denver officially saw above average snowfall, Stapleton (and DMNS in '12-13) were no where near above average. In 2009-10 DIA recorded 60.6" inches of snow, while Stapleton recorded 45" (DMNS unavalable). In 2012-13 DIA recorded 78.4" while both DMNS and Stapleton barely broke 50". The closest central Denver has come to average was in 2011-2012 when 56.8" of snow was recorded. Average seasonal snowfall is 57.5" (*includes totals from all official locations over time). See the breakdown below, note that 2014-15 is through March, 15. 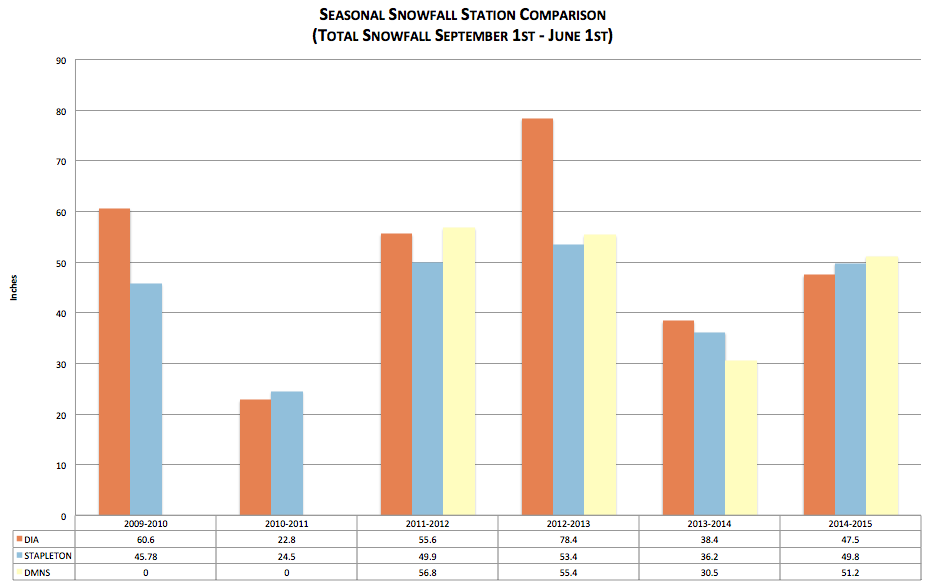 For highs, DIA reached 105° three times over this 20 year period, while Stapleton never did. Stapleton recorded just two days of 104°, on July 21, 2005 and June 26, 2012. This means that Denver has "officially" tied its all time record high three times since 1995, even though the weather station 10 miles closer to the city center has reached that threshold exactly zero times. Lastly, DIA recorded 41 days over this period with temperatures 100° or warmer for highs, while Stapleton has recorded 30.

Below is a chart showing the number of days DIA has broken 100° since 1995 compared to Stapleton, and number of days with minimums less than -10° at the two locations. 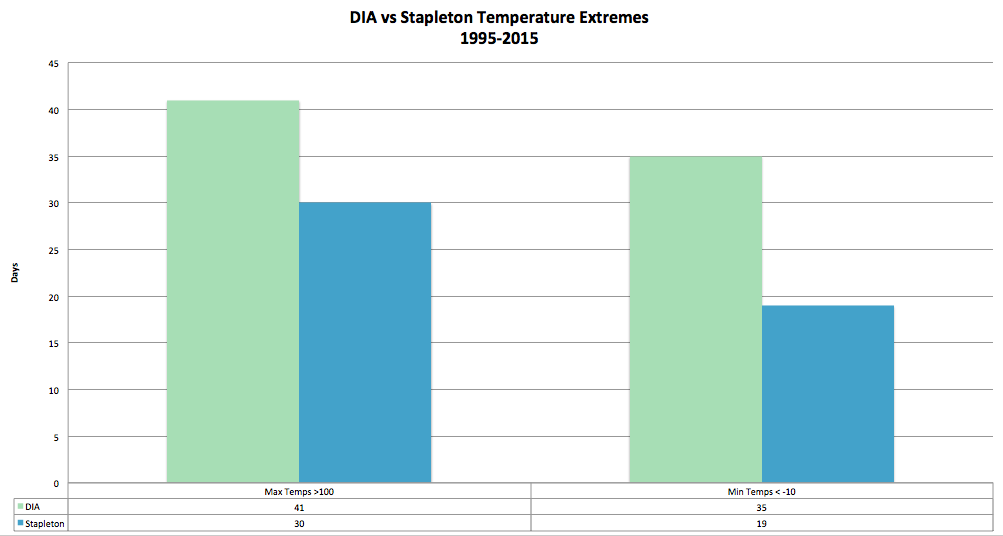 Examples of inconsistencies
In February Denver Public Schools closed after "2.1 inches of snow fell in Denver" which had many people asking (us) why?

While ultimately the closure was based more on the conditions of the roads and timing of the storm, this was also a case where most of the city saw more than double the snowfall recorded at DIA (see map below/weather5280 recorded 5.5" of snow downtown), with four times as much snow across western Denver.

Another example was the extraordinary cold spell in November. On November 12, 2014 DIA dropped to -16° F, smashing the old record for the date of -4°F set in 1882 by 9 degrees. Hard to do! But then remember for a moment, that in 1882 Denver's official weather station was located downtown, nearly 18 miles away from where it's located now. Then remember that DIA typically has a cold bias when it comes to minimum temperature events and suddenly that incredible record looks a little less impressive.

Moving station no easy task
The weather station at DIA is called an Automated Surface Observing System (ASOS), and is part of a national network fully established in 2004. These stations are operated by the NWS, FAA and DOD, and located on government land.

Nearly all ASOS stations are located at airports, but not all. This not only makes sense, but will likely never change in that airports demand a high degree of immediacy and accuracy in current weather conditions at their given location.

The question then becomes – are there any other options? The station at DMNS was established as part of a unique public/private partnership, in effort to have a more accurate reading for the city. While it's billed as an "official NWS weather station", it's not the station used for climatological data, DIA is. While this is likely due to reliability issues in a human eye on the station... one wonders if there may be a way to remedy this.

Final thoughts
While many may get to the end of this article and say "who cares," the fact is – many do. In a day and age where we obsess over weather stories, climate records, and get 'real-time' weather conditions delivered to our mobile devices, where that data is coming from and where those records are broken matters.

To anybody studying long-term weather trends in Denver this is a serious issue. It's hard to draw any reasonable conclusions when comparing current weather against the past because of the (3) vastly different locations records have been kept over the last 134 years of record keeping. For example, Denver has 'officially' tied the all-time record high of 105° three times in the last eight years, even though the station 10 miles closer to where that record was first set, hasn't reached 105° once.

While the politics of the situation may preclude anything ever changing, I would propose the National Weather Service move Denver's official station back into the city, where it belongs.