The Importance of Shortwave Troughs and How to Identify Them 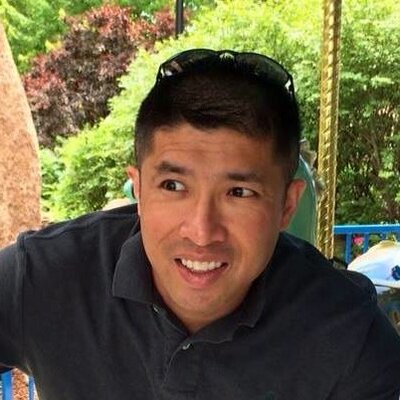 With the severe weather season upon us, I thought I would revisit and update an old post I wrote before joining Weather5280.

Shortwave troughs are features in the general flow of the atmosphere that are very important when it comes to forecasting, particularly for convective features and winter weather. Shortwaves can be thought of as "weather-makers," whereas Longwaves (Rossby Waves) might then be "trend-makers." Multiple shortwave troughs can be imbedded within a Rossby Wave trough. Shortwave troughs tend to move faster than their longer wavelength counterparts.

The images below are from a 500mb analysis at 1200 UTC 22 September 2003. The first image shows 6 longwaves around the Northern Hemisphere denoted by the blue lines across each long-wave trough axis. The second image depicts the 500mb analysis across North America only. Embedded within the Rossby Wave trough across the central US are 3 shortwave troughs moving around it, denoted by blue axes. 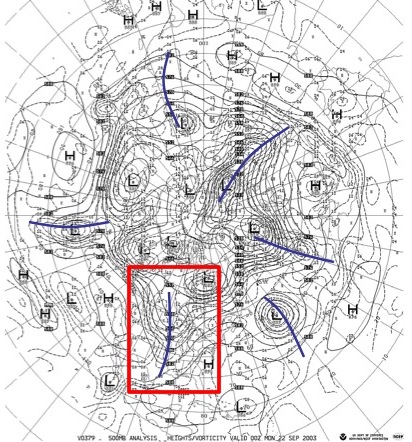 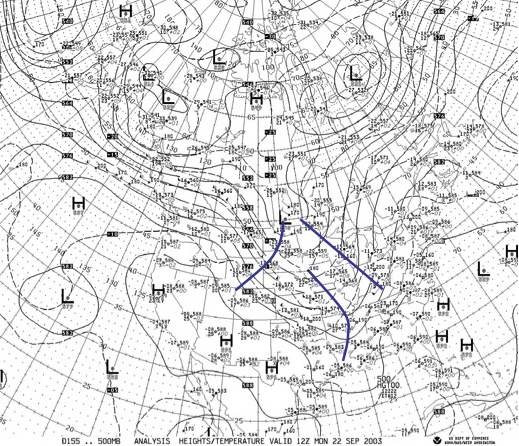 Here is a quick table to show the differences between Longwaves and Shortwaves. This table is assuming the observer is at 40° latitude. 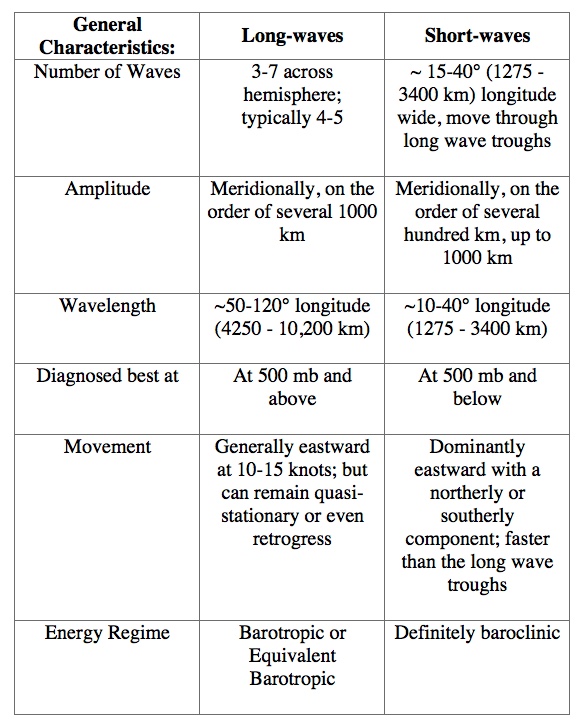 Identifying a shortwave trough in mid-levels of the troposphere is not always simple or straight forward, especially during the warm season (May-September). Here are some tips to help one identify shortwave troughs.

See the 500mb map from above for an example.

See the Visible satellite imagery from above for an example.

I hope these basic pointers about short-wave trough identification will help you to become a better weather analyst. How many short-waves do you see in the image below?