What's Denver's Weather Like in May? Climate Normals and Extremes

May is a beautiful month in Colorado, and can feature near-perfect days for the Denver area. It's also a month where severe weather begins to increase across the Plains as our warm season gets in full swing.

The month can be one of extremes, as we transition out of our snowy season and into our warm season. On average, the city of Denver sees 1.7" of snow during the month of May, making it the 8th snowiest month of the year, and the last month until September that averages more than a Trace of snowfall.

May precipitation statistics for Denver, CO
May is Denver's wettest month of the year. On average, the city sees 2.12" of precipitation during the month (1981-2010 data).

Historically, May in Denver has meant some very impressive precipitation totals. The wettest May on record came in 1876 when 8.57" fell during the month, which is almost 2/3 of the city's average annual precipitation. 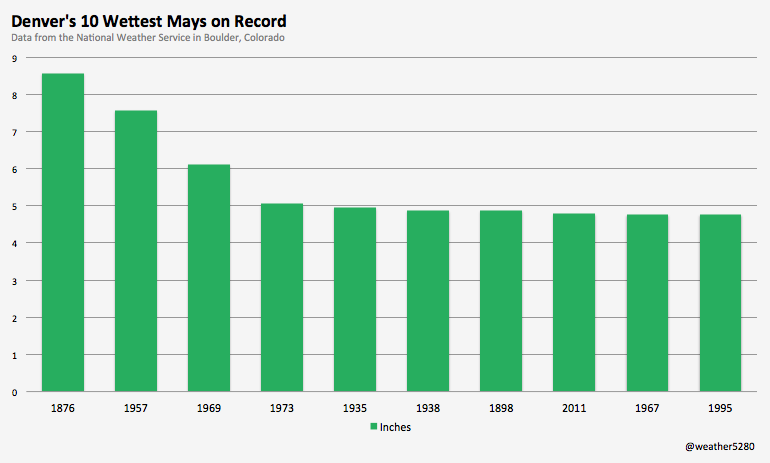 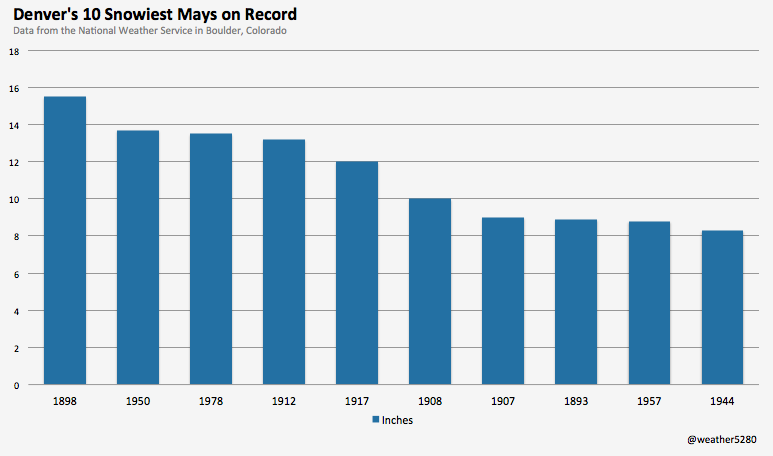 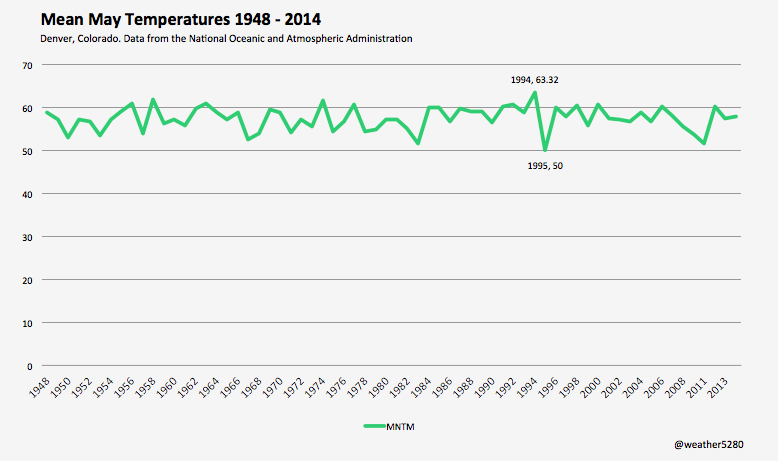 Related: Why Denver's Official Weather Station Should be Moved

Severe weather season
Denver can see severe weather at any date during the month of May, though statistically the odds increase greatly during the second half of the month, with peak severe season coming in June for Colorado.

Take a look at these images from the Storm Prediction Center, and notice the northward progression of greater severe weather probabilities from the 1st of May (top) to the 31st of May. 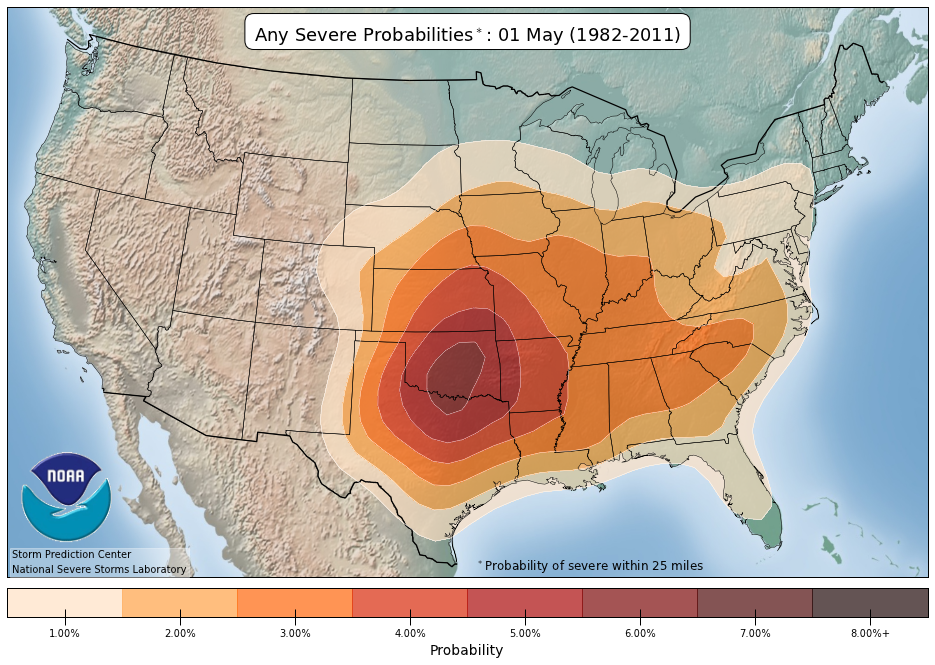 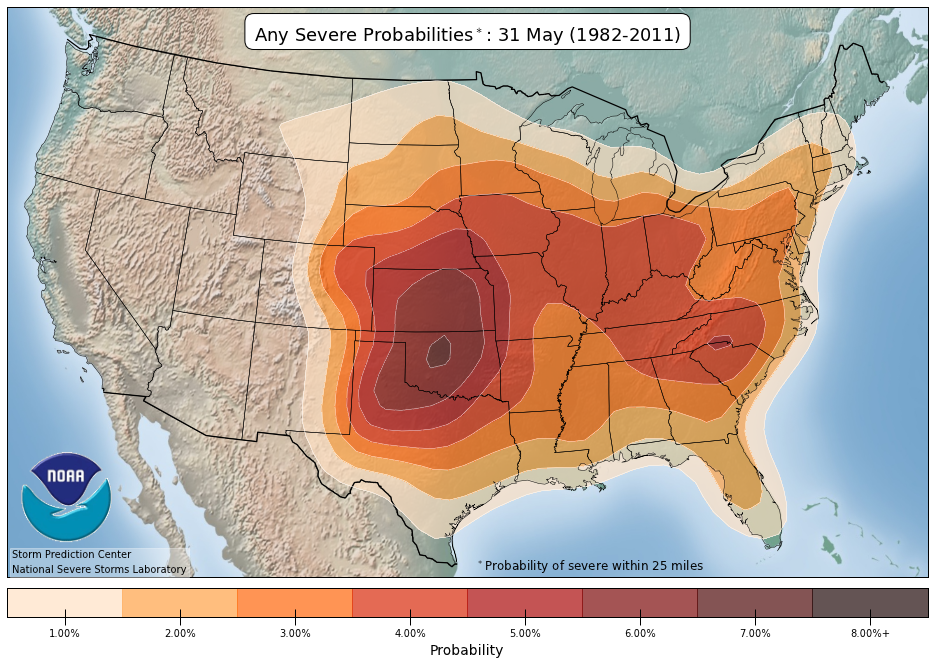 Of the over 400 tornadoes that have touched down during the month of May in Colorado, the overwhelming majority of them have been weak (FO), with seven F3s, and no F4 or F5 tornadoes on record. 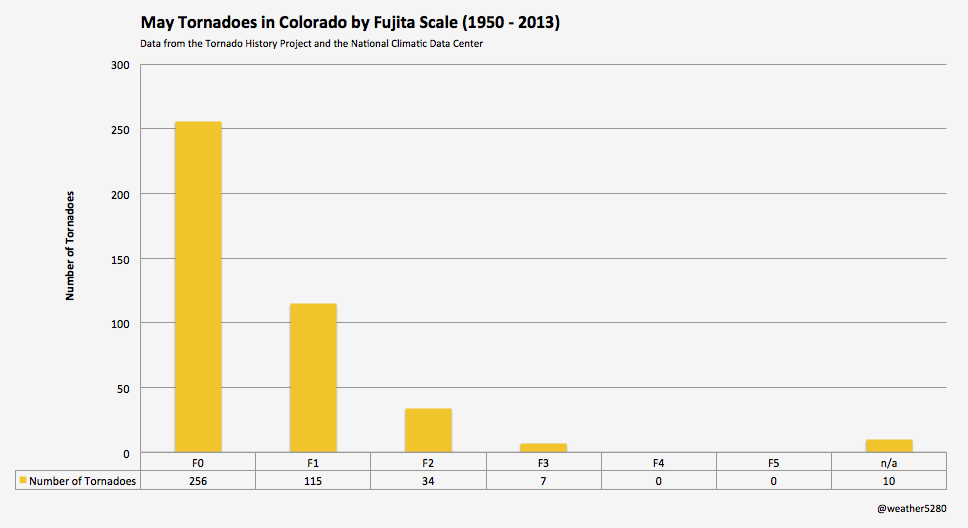 May in short
As you can see, May features just about every type of weather in Denver, though tends to be a more of a transitional month from the more snowy month of April, to the move active severe weather month of June.

For those that didn't get enough winter, the warming days of May can be a harsh reality check of the warm summer months that lay ahead, while those who feel winter went far-too-long, can finally start to believe it really will be over completely, soon.