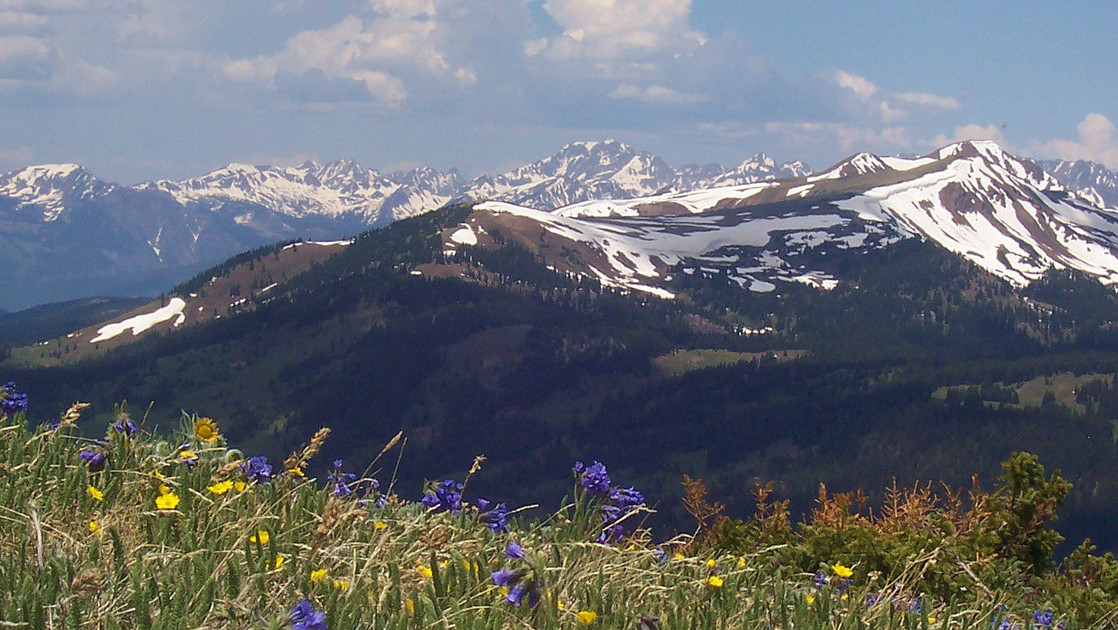 Sunday doesn't only mark Father's Day, but also the start of astronomical summer. With the weekend, comes a summer-like weather pattern for Colorado.

Firstly, you may wonder why I specified Sunday as the start to astronomical summer. Meteorological summer started June 1st, but I doubt you read that on any calendar. This Sunday is the common start to summer and marks the summer solstice.

The solstice occurs when the Sun is directly overhead at it's northernmost point on Earth (23.5-degrees north latitude). Going forward, we will see the Sun's position "dropping" in the sky each day until the winter solstice.

Most of the city's moisture comes in the spring with heavy snows, then rains into early June. In a traditional year, that rainy pattern shuts down for several weeks until the monsoon begins in late July through August.

Through a normal summer, we average around 4.5" of moisture, however, as Brian Bledsoe has discussed in previous postings we are expecting a wetter than average summer due to the current ocean-atmosphere interactions, i.e. El Nino, PDO, and AMO.

I don't see much of that rain in the next week or two. We have a prolonged period of ridging to impact the region and the western U.S. With this ridge, rain chances have dried with the storm track well to our north. There is little indication of a breakdown of this pattern within the next 10 days.

Check out the precipitation expected through the next couple of weeks according to the GFS model (the giant precip-free circle is that ridge): 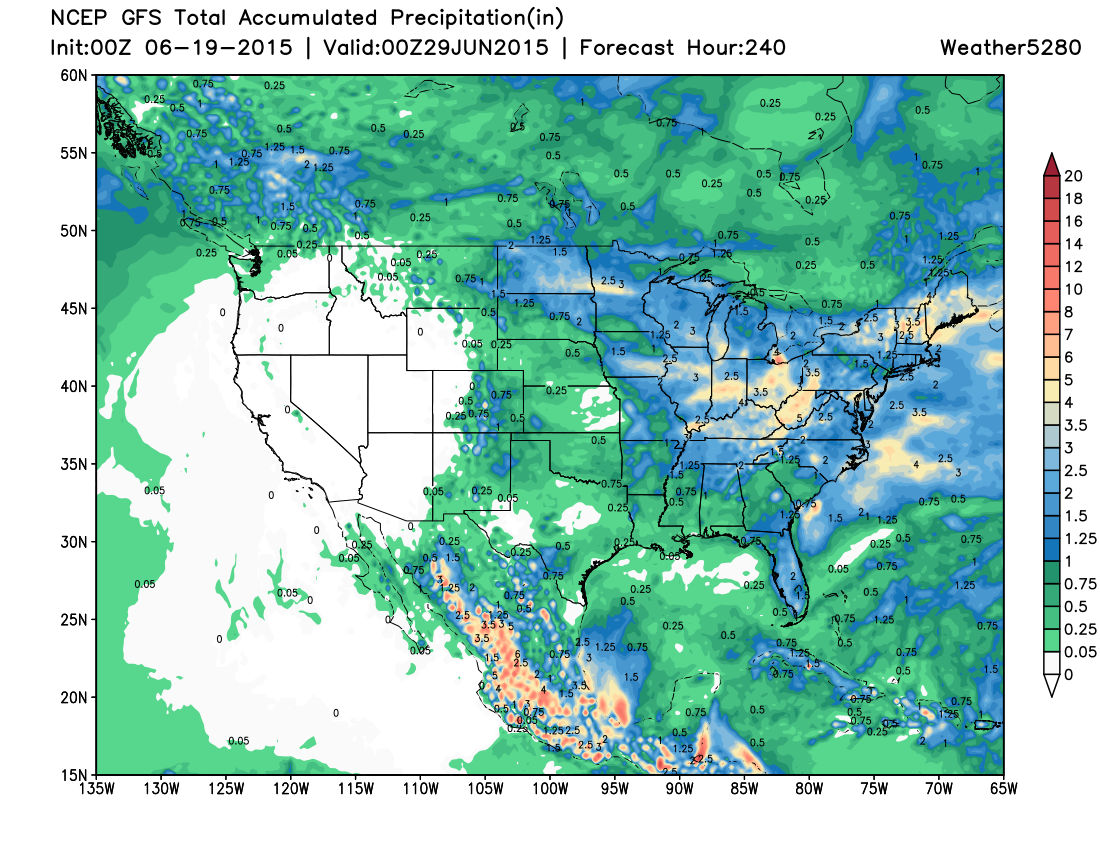 With these drier days come warmer ones. Until Friday, the city had not hit the 90s yet this year. Now the heat is set to last through Father's Day weekend and beyond.

In fact, a quick glance through the 500mb height pattern shows even stronger ridging through next week into the last days of June. Here's that significant ridge as shown in the GFS, ECM, and GEM projections for 6pm June 28th. Some debate still if eastern Colorado can manage to end up on the cooler side of this high to end June, but plenty of time to track this over the coming days. 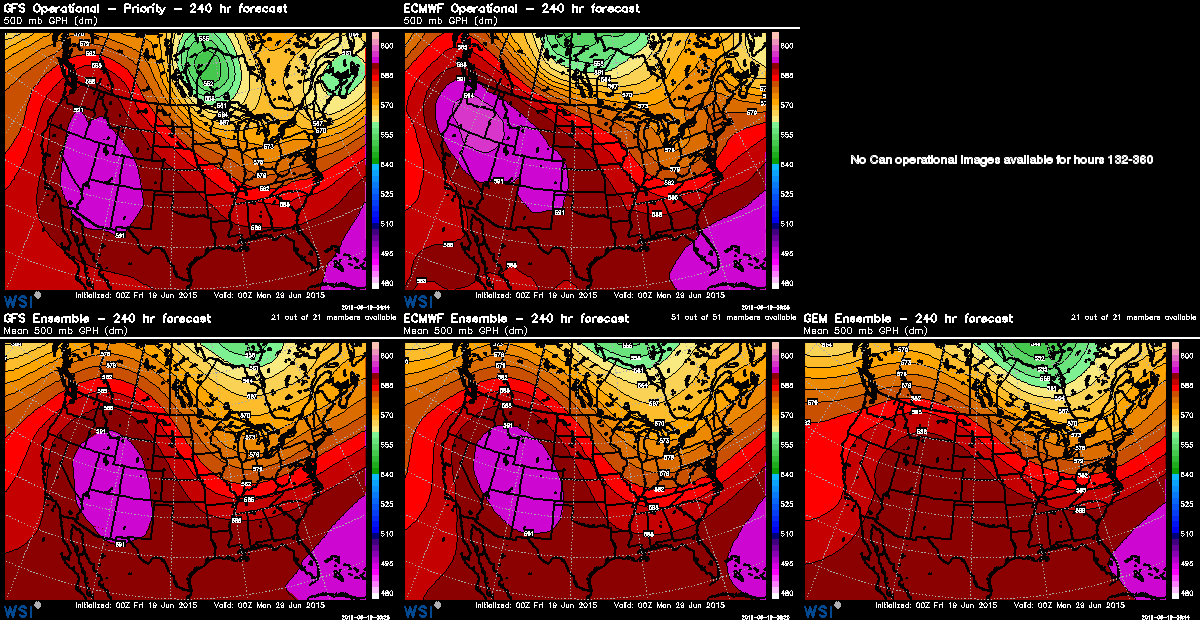 Given the strength of the ridge the rest of the month, some will hit the 100s between now and July. I think that is more likely in the last week when the ridge is much stronger.

For this weekend and Father's Day, the ridge isn't quite as strong as it will be. With that said, 90s are very likely. Further, most neighborhoods will hit 90 or above every day for the next week.

Although a drier pattern, don't think that storms aren't possible. Each day will carry a storm chance of a varying amount. For Friday through Father's Day, the ridge isn't strong enough to stop all storms from forming, so there'll be a few out there. Friday for example, may have some strong/severe storms develop over the northeastern plains.

Just as drier doesn't mean dry, fewer storms doesn't mean weaker storms. Whenever temperatures are this warm, even a single storm can become severe. Significant hail and wind can form with any storm, even on a "drier" day.

Bottom line, dads can enjoy a golf game in the morning, pool time in the afternoon, and some grillin' for the evening. A small minority of dads may be tweeting @Weather5280 pictures of a storm or some hail.