El Niño Death and La Niña Birth: What It Could Mean for Colorado

If you frequent Weather5280 this the title of this post is not breaking news. In fact, we've been talking about this transition for several months. Today I wanted to provide an update for those that are interested, and show what history and various computer models are suggesting.

The animation above shows the changes that have taken place at the surface since early February. Notice that we were in a strong El Niño and now transitioning toward a more neutral (slightly warm) equatorial Pacific. That being said, you can clearly see the ENSO region just west of South America cooling down rapidly in the final two frames.

Let's look at the same region of the Pacific but beneath the surface, which in my mind, is more important:

Notice all the blue at a depth of 50 to 200 meters? That is water that is 1 to 5 degrees C below normal. In the very top layer there is still some warm water, but it is eroding rapidly. Thus, the upper oceanic heat content of the ENSO regions has decreased rapidly and shows no signs of slowing down. This would indicate a major transition toward a La Niña.

The recent IRI/CPC Plume of Model ENSO Predictions is also on board with this transition and has been for quite some time. However, the mid April update shows the shift to be even more dramatic than recent months. Several of those models in the ensemble take us into moderate to strong La Niña territory by late summer and fall.

So, when was the last La Niña? Here is a great graphic courtesy of CPC and Jan Null:

The graphic shows the El Niño peaks and the La Niña valleys since 1950. The last two moderate to strong La Niña events happened in 2007-08 and 2010-11. However, we never really snapped out of the influence of the 2010-11 La Niña episode until early 2014 when the Pacific Ocean started to warm up. Let's look into the past with the Drought Monitor and see what happened with these two events: 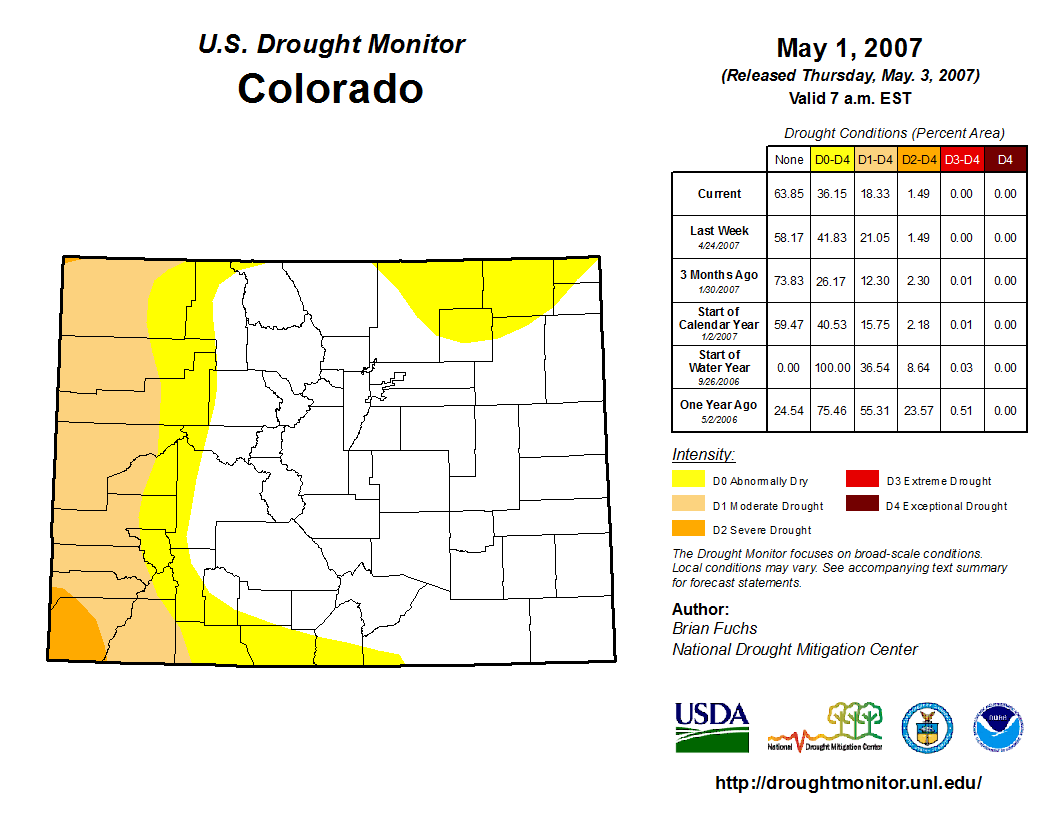 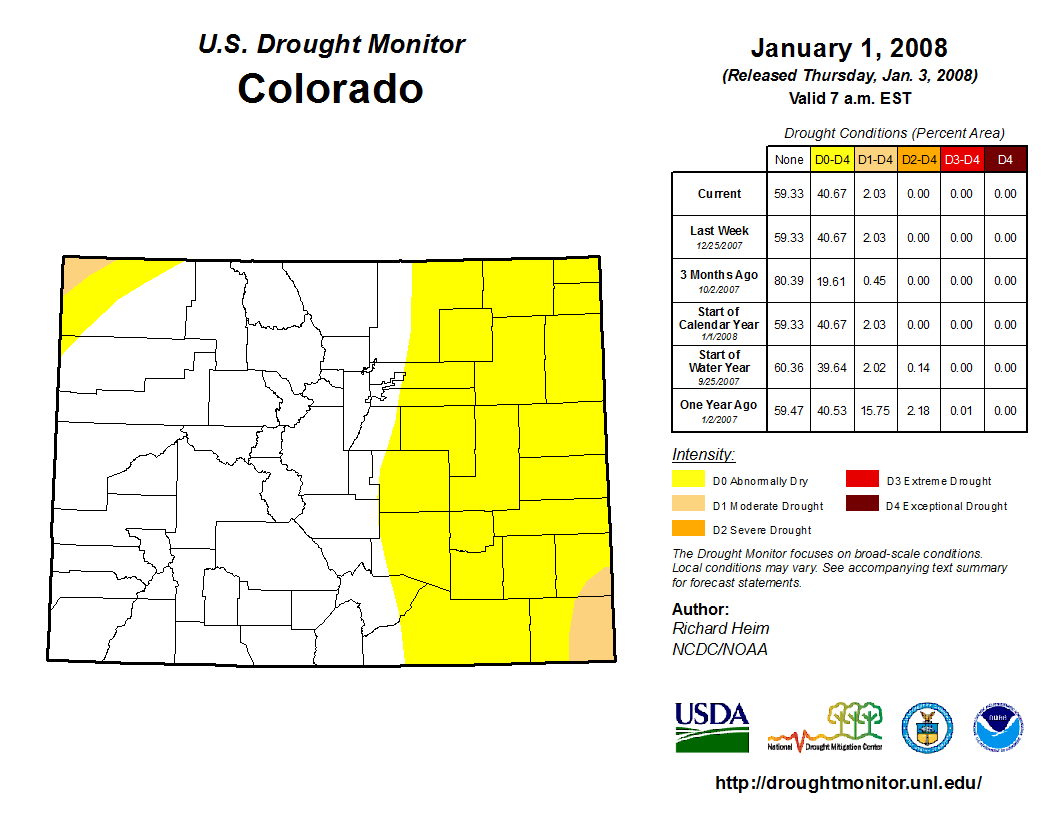 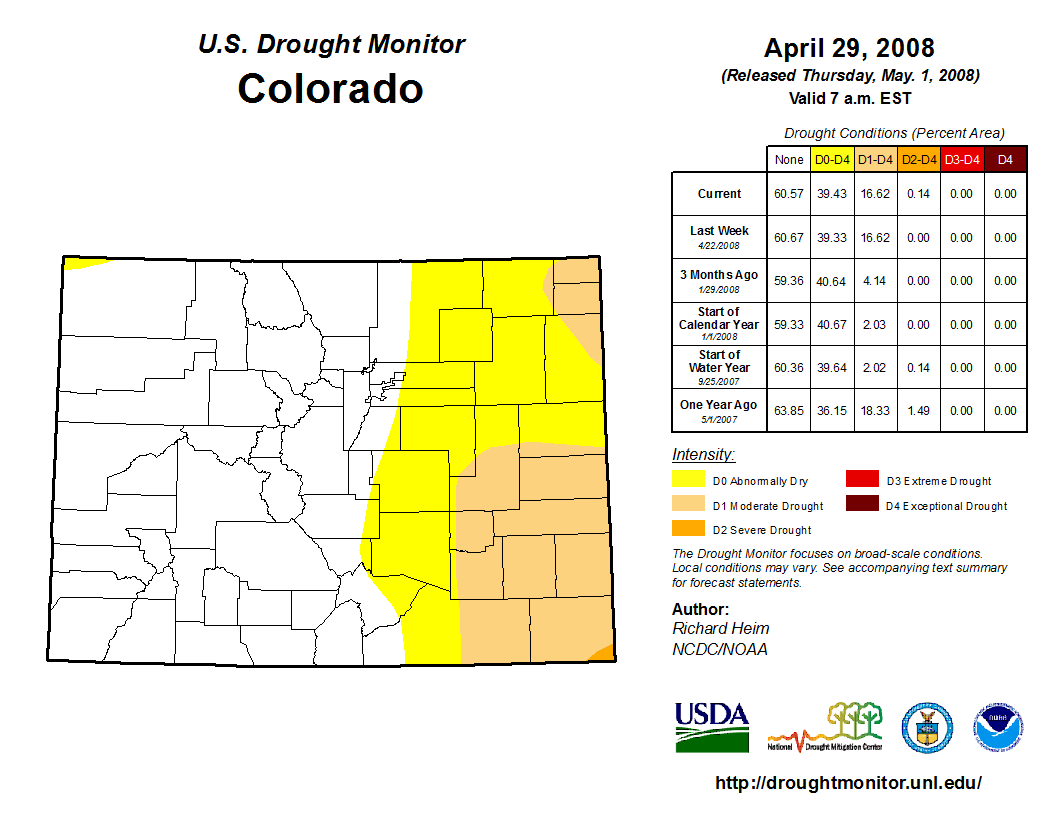 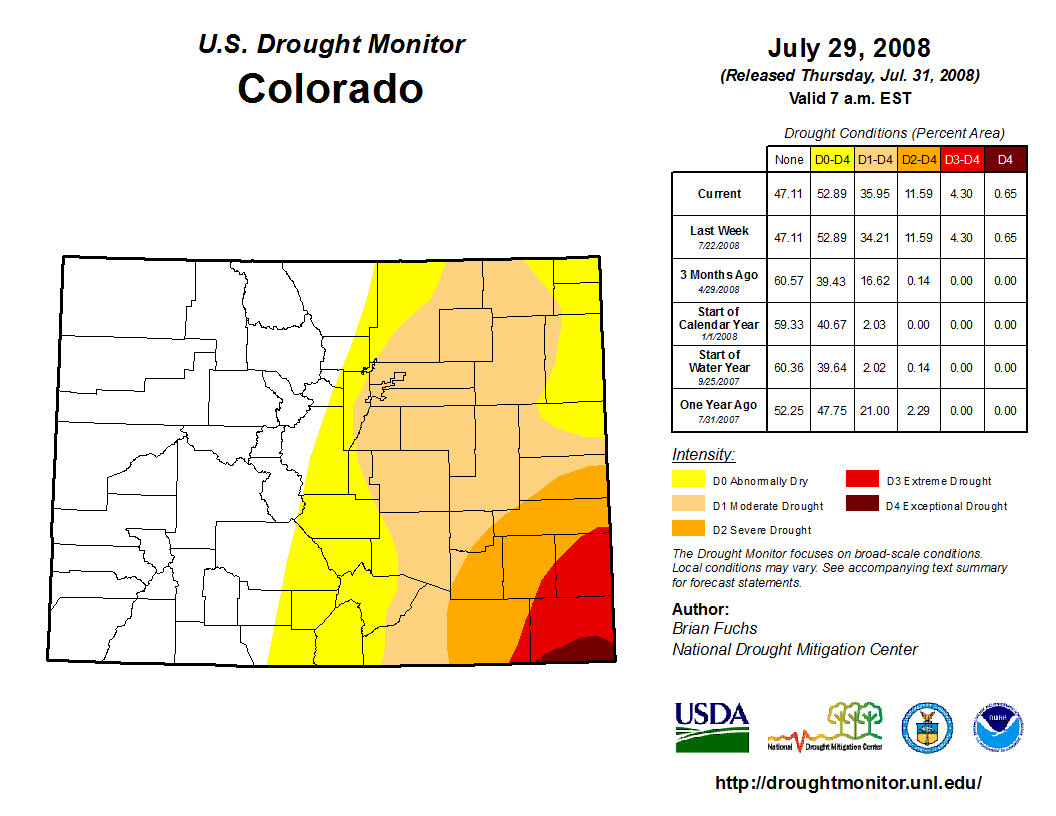 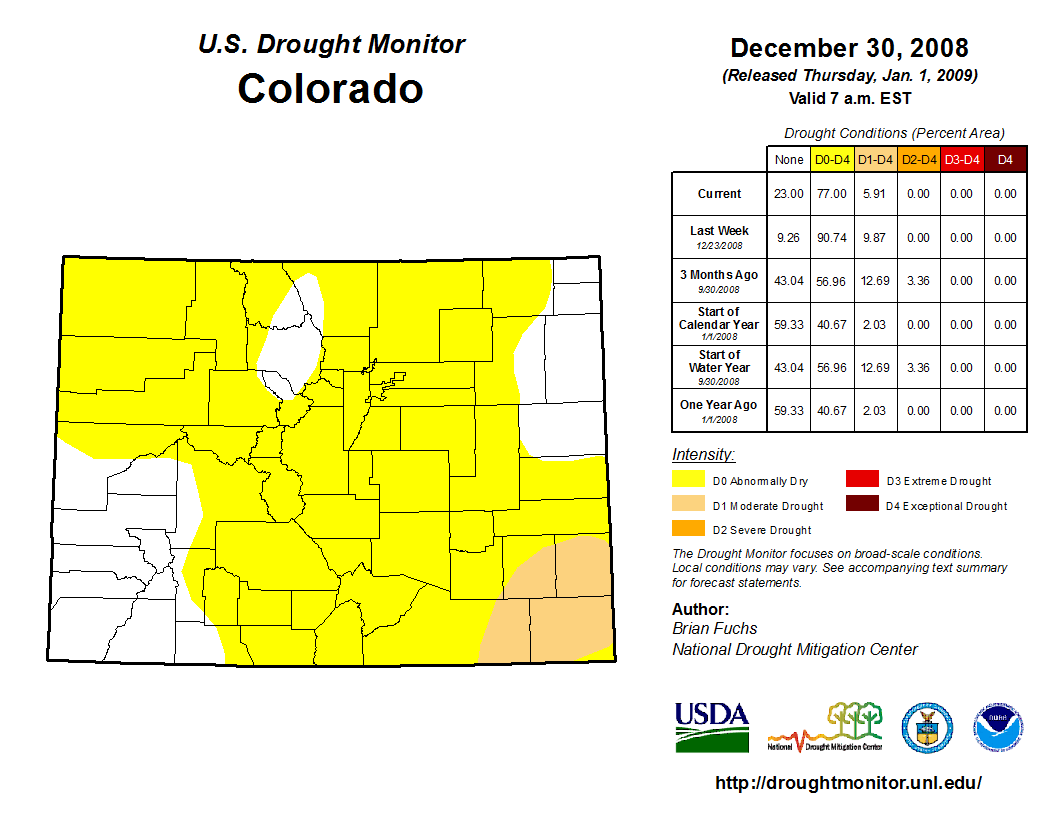 You can see that with the shorter La Niña event of 2007-08, drought conditions built on the Southeast Plains initially, then spread to most of Eastern Colorado by the end of July. In some cases, the drought reached exceptional levels on the far Southeast Plains. Then, drought conditions generally relaxed in late 2008 with the development of a weak to moderate El Niño episode in 2009 and part of 2010. The La Niña event of 2007-08 largely didn't impact the western half of the state with drought conditions. In fact, it was quite the opposite as the winter of 2007-08 provided a huge snow pack. So while the eastern half of the state was dealing with drought, it was the exact opposite for the mountains. 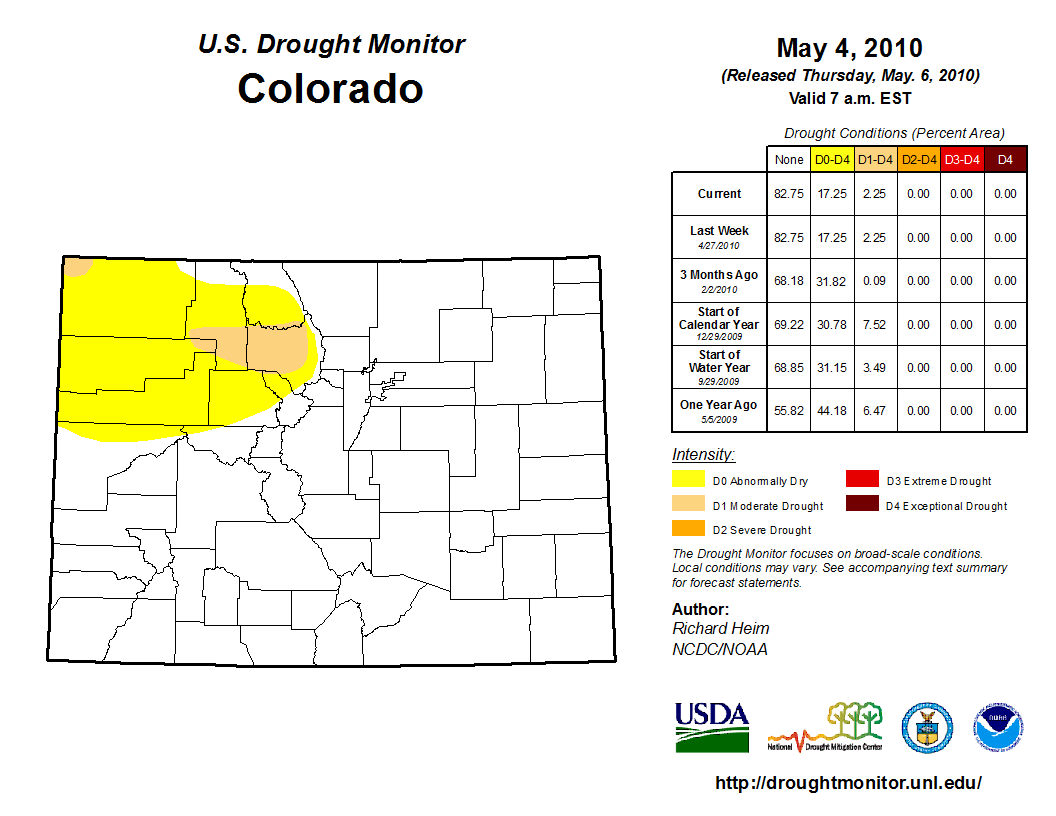 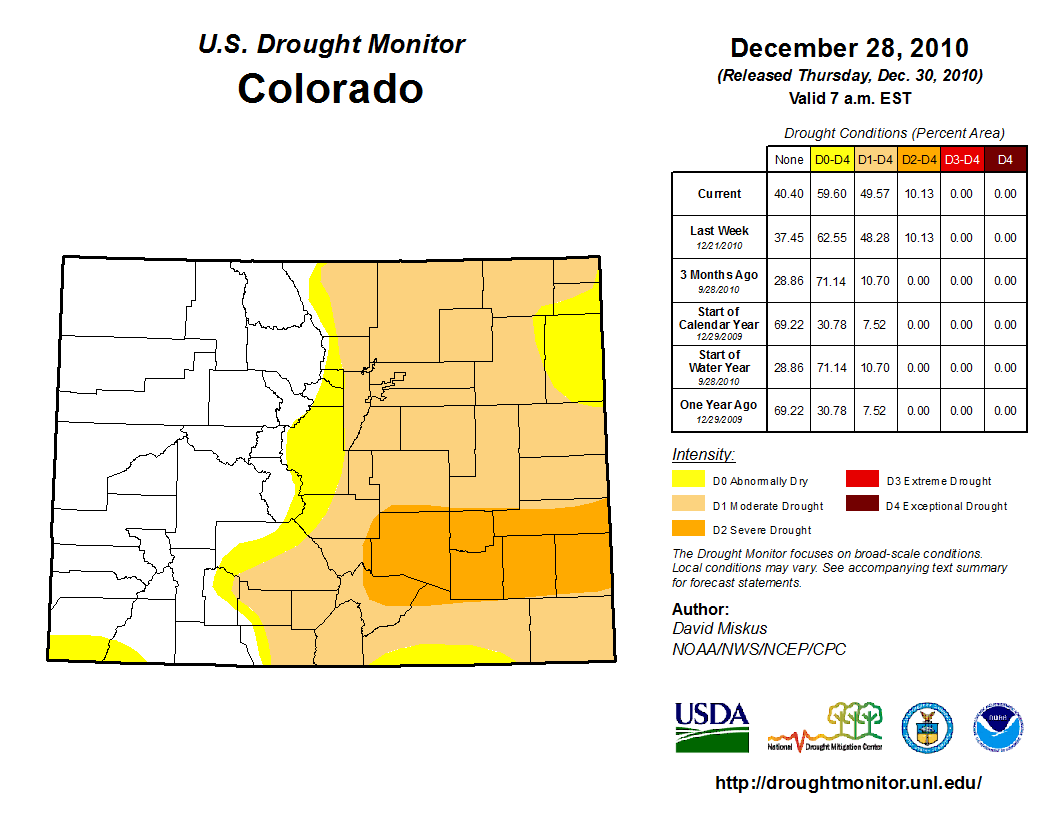 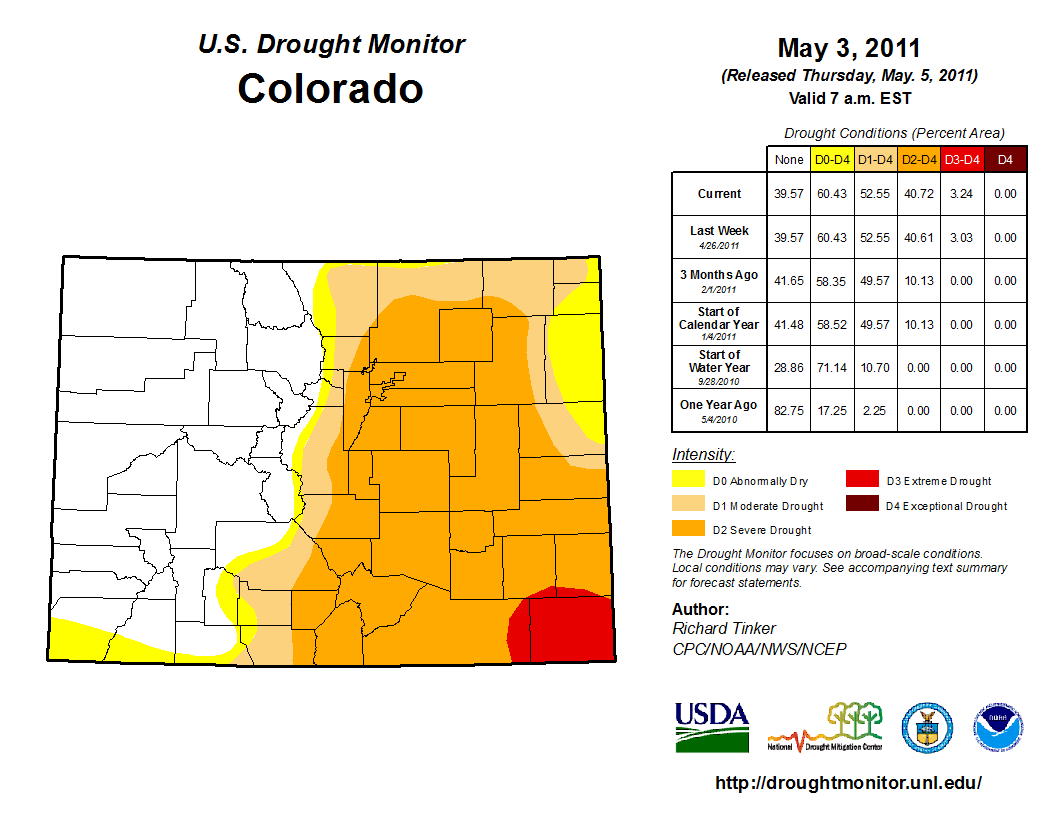 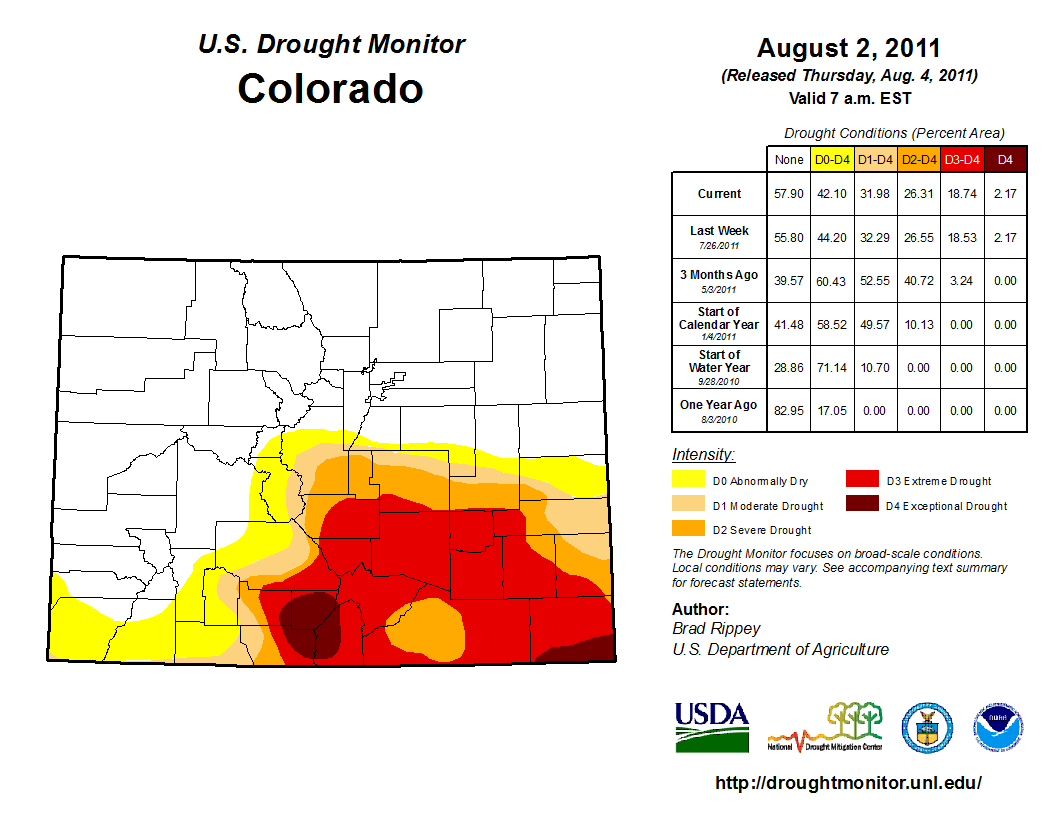 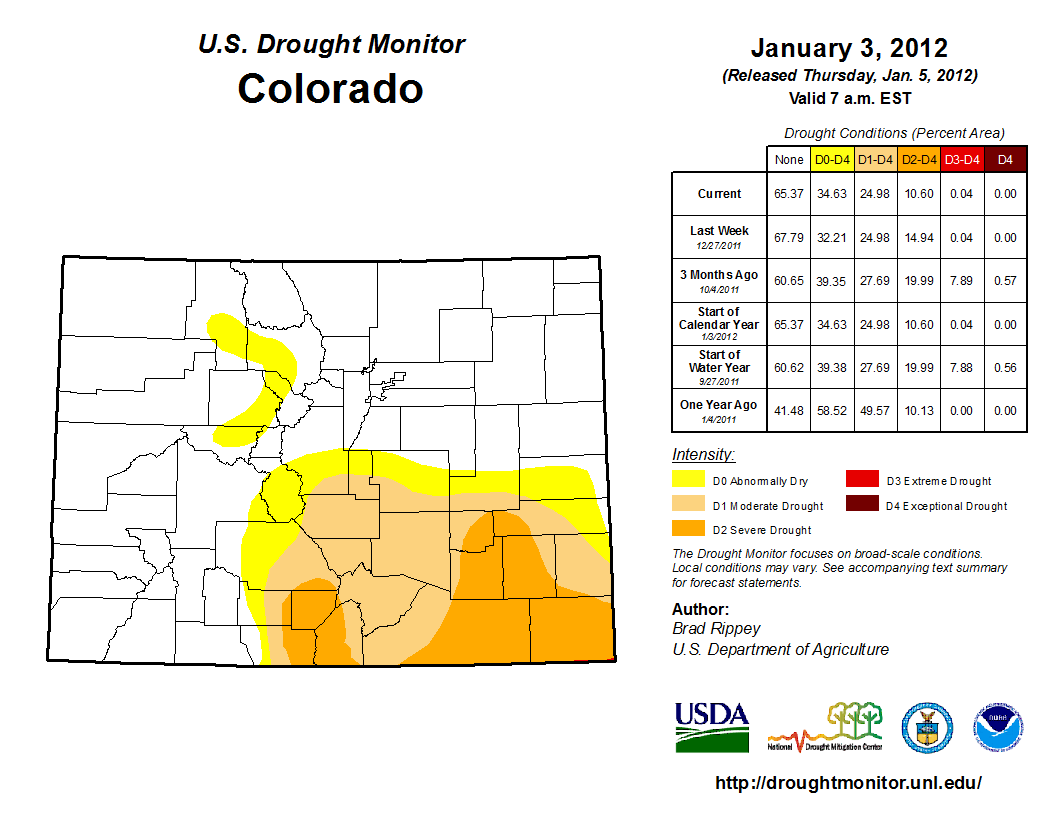 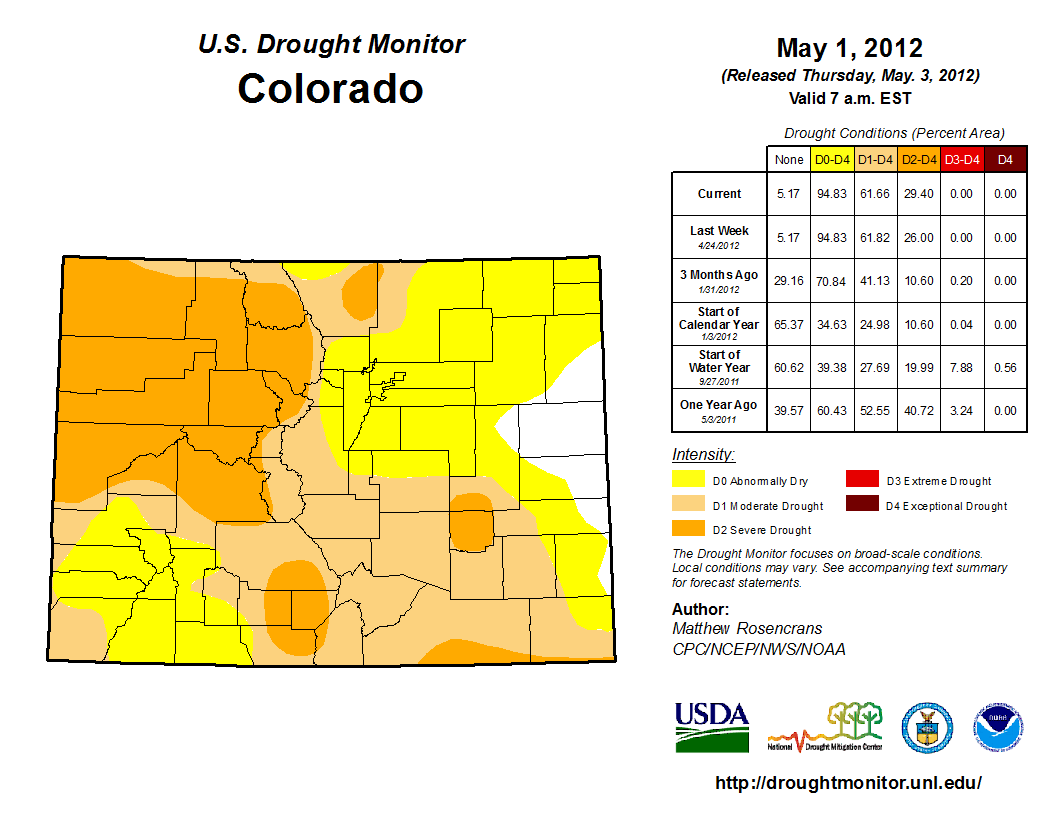 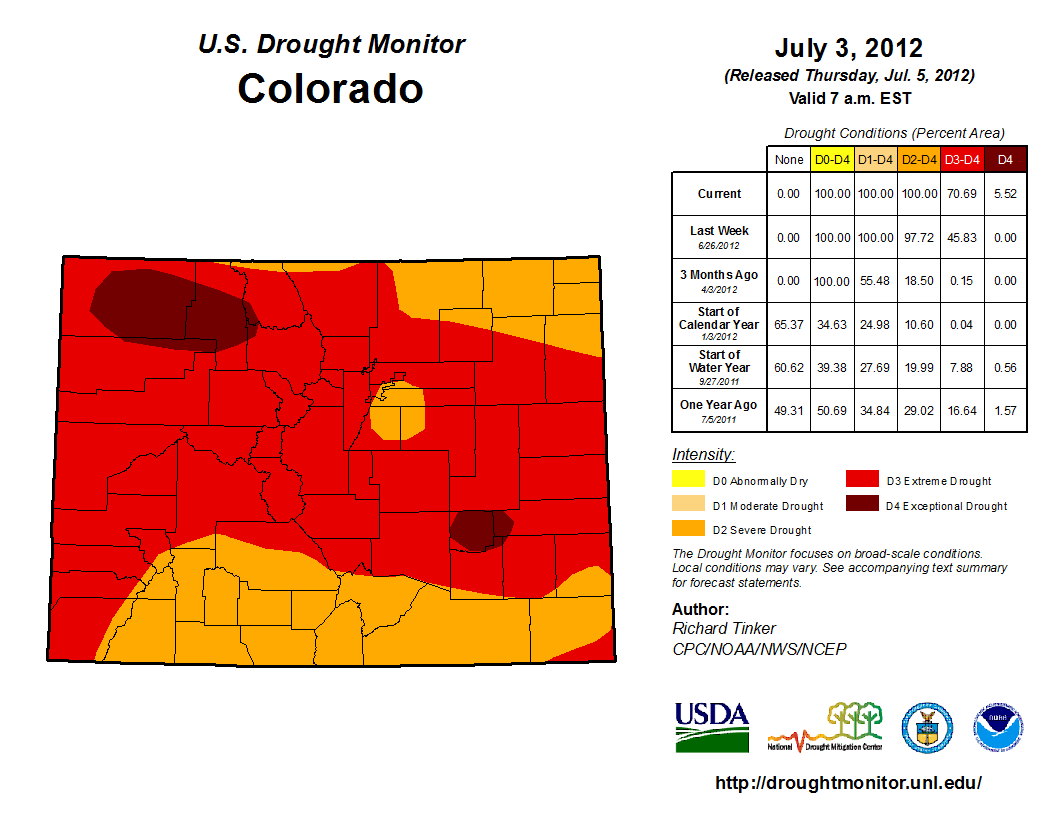 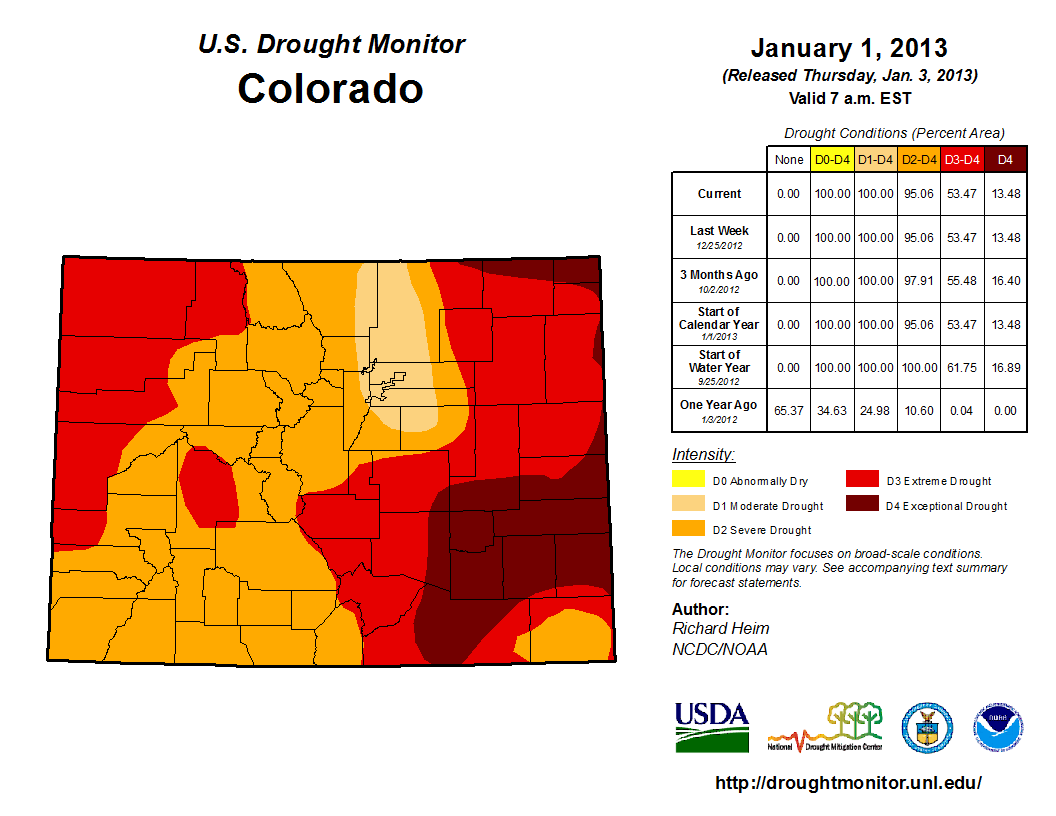 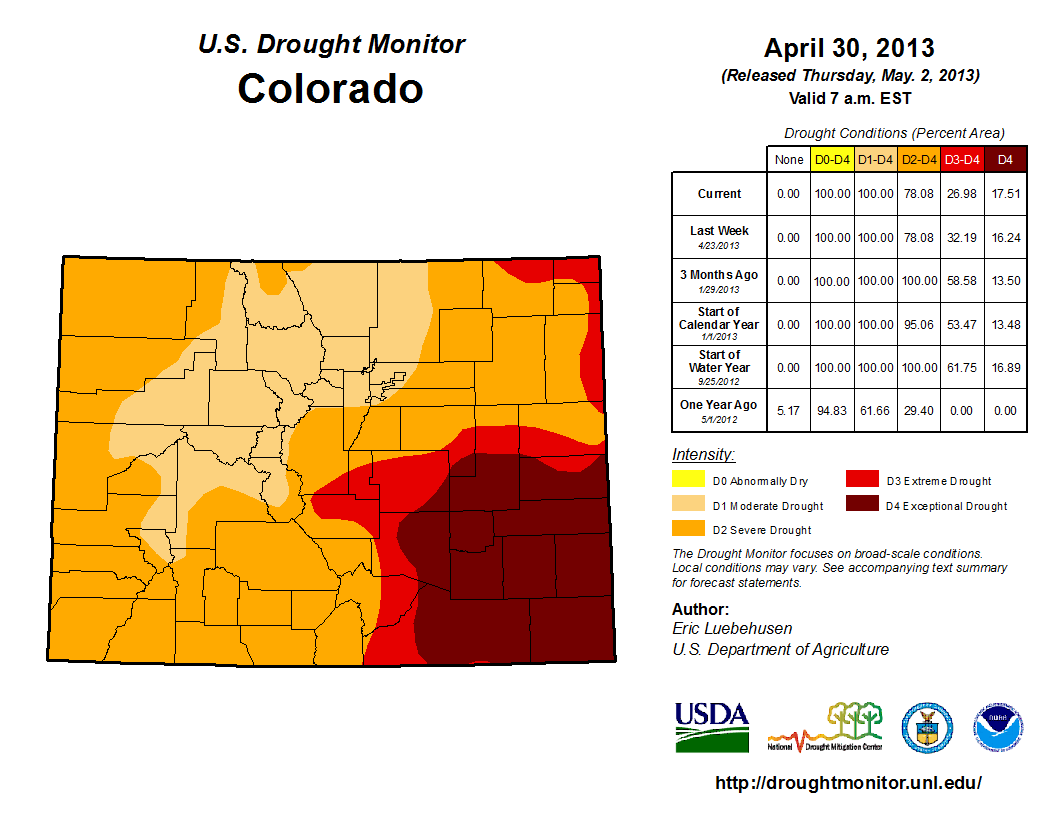 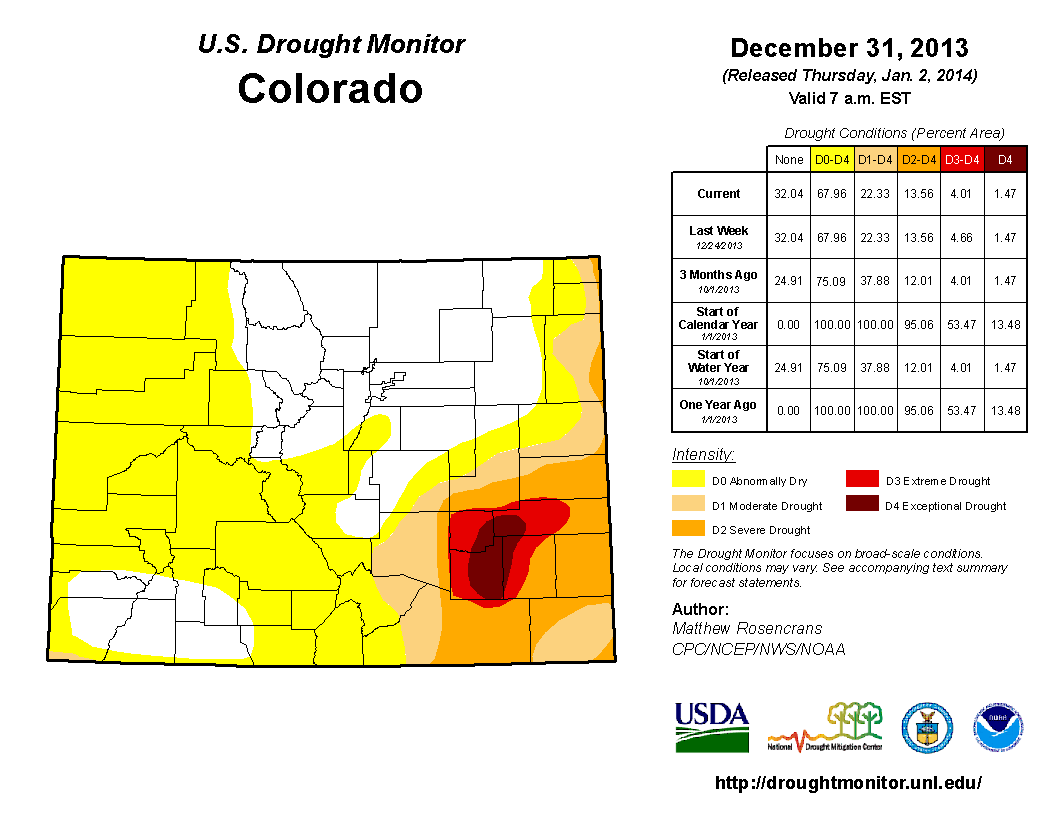 The La Niña episode of 2010-11 briefly relaxed in late 2011 and early 2012, but returned to weak La Niña status during 2012 and part of 2013. While the core of the 2010-11 La Niña clearly impacted the eastern part of Colorado the most with drought, the mountains gradually became more involved in the spring and summer of 2011. Then full involvement occurred during the first half of 2012 and never really got better until the back half of 2013. We all remember what happened in September 2013, and those very heavy rains did help mitigate some of the drought signal. However, the far Southeast Plains were still involved.

So here we are, likely on the cusp of another La Niña episode. Are we worried about short term moisture? No, at least I am not. With the recent active weather pattern and plenty of moisture in the soil (future thunderstorm fuel), it will likely take some time to dry out. While 2007-08 and 2010-11 aren't exactly perfect analogs due to decadal oceanic phase issues, they are close. We'll examine that in more detail in a later post. 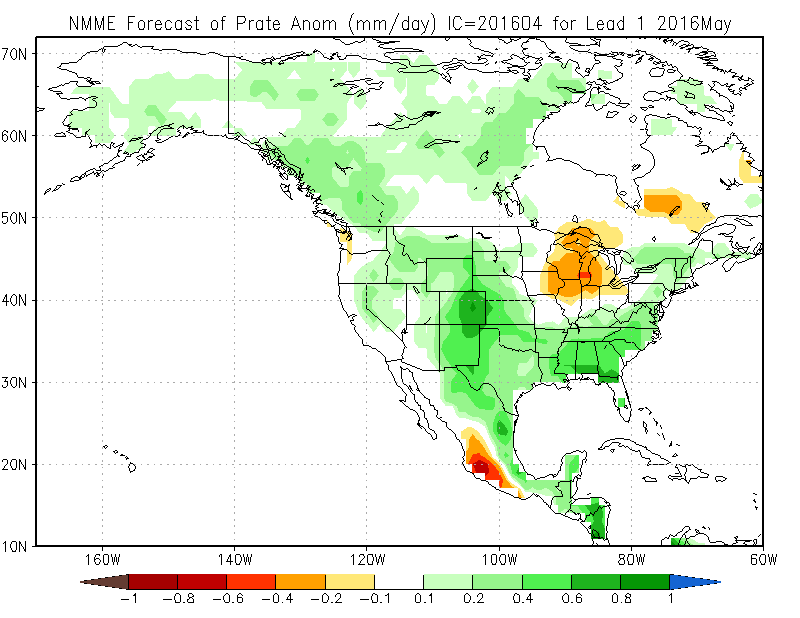 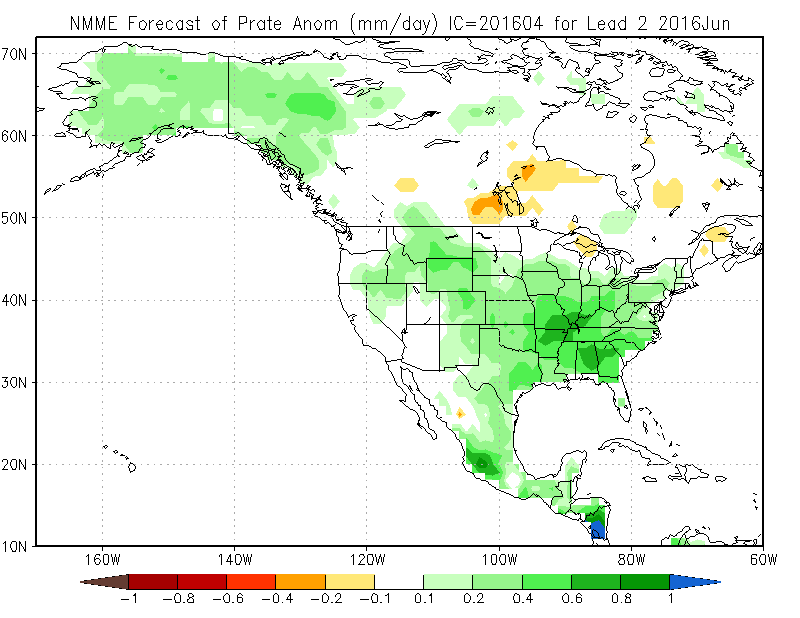 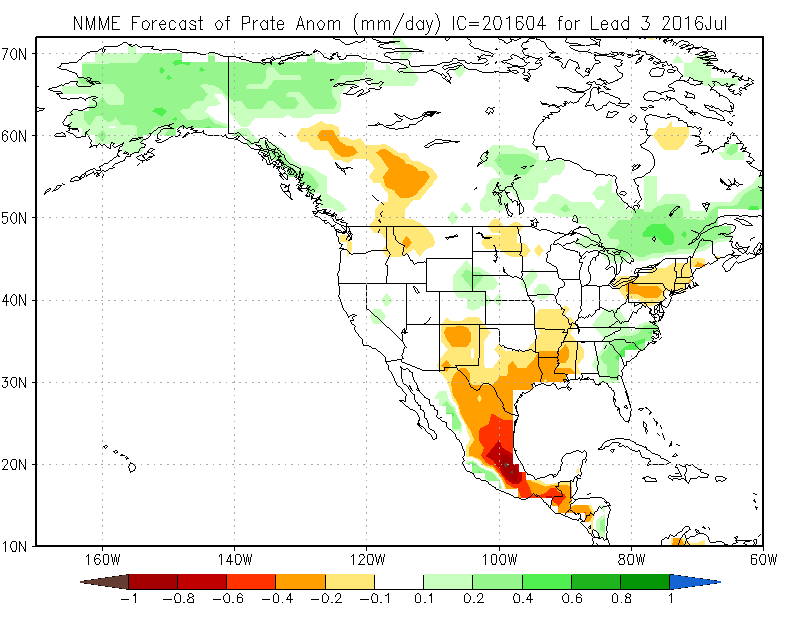 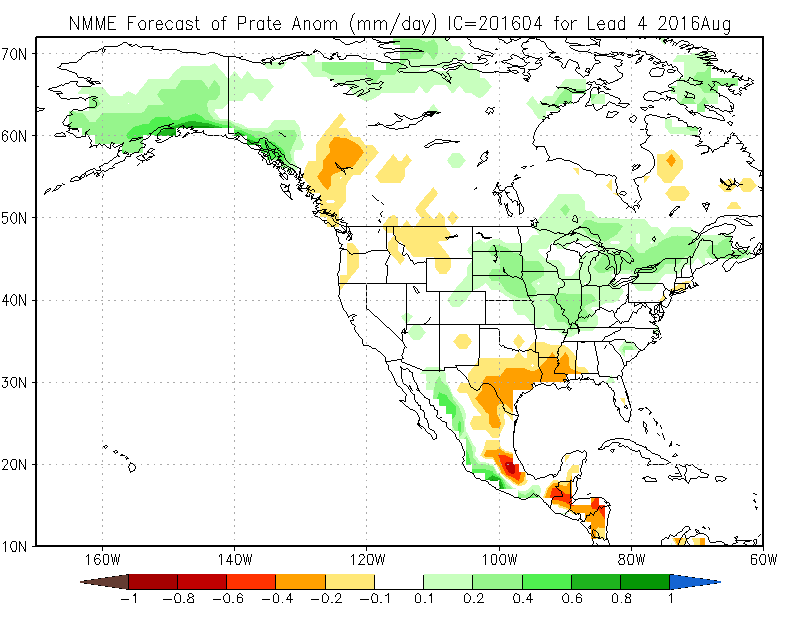 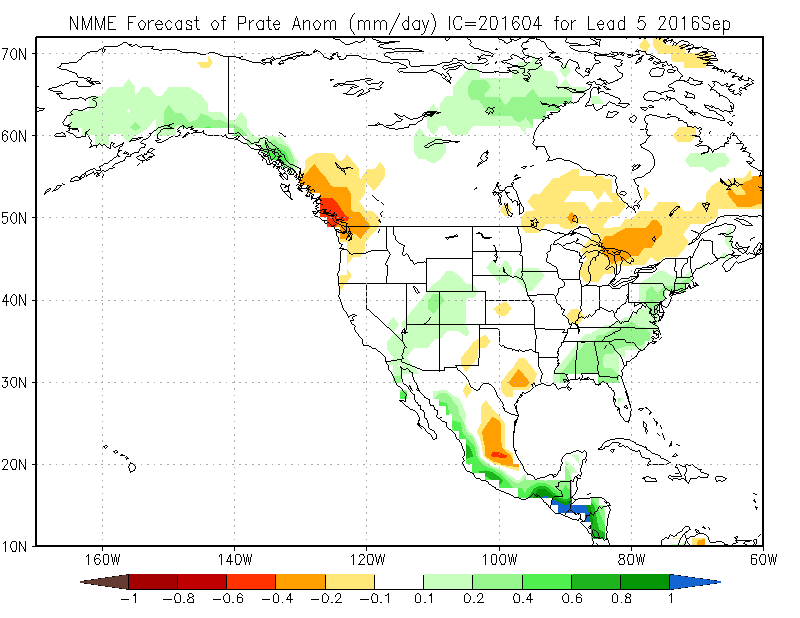 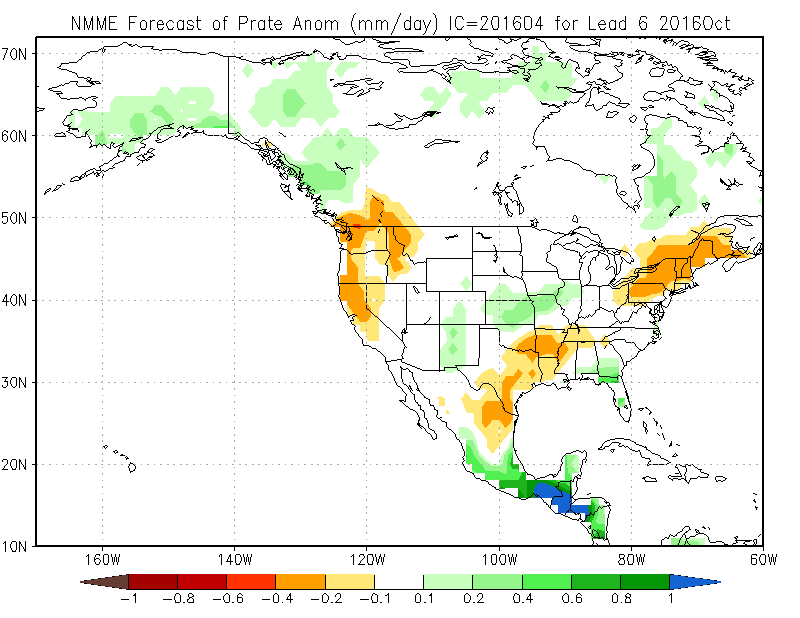 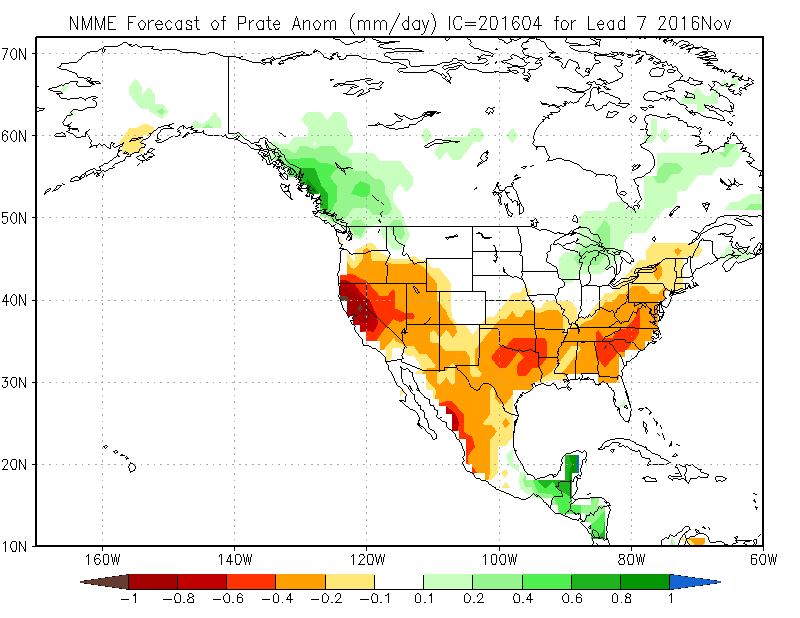 The NMME is a multi model ensemble that takes into account many other models that are looking at the same thing: a transition to La Niña. While Colorado doesn't ever appear to be in the thick of the dry signal for the remainder of 2016, our wetter than normal signal weakens after June, especially for eastern Colorado. Plus, states to our south and southeast will likely be drying out, like Texas. That is usually where regional drought creep starts for Colorado and it spreads northward. While we are never very far away from drought and water problems in Colorado, we should certainly use the recent good times we have had to plan for the future, and enjoy the recent rains and snow. The future is right around the corner.