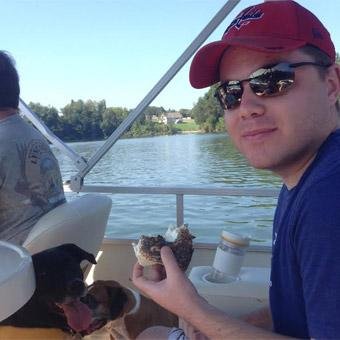 Colorado’s all-time record high temperature may have fallen in July. A 115-degree reading was taken near Las Animas in southeast parts of the state. If and when verified, it’s set to best the old mark of 114 degrees.

It was something of an accidental finding, a reminder that every now and then the Internet shows us why we all thought it was awesome in the first place. I was playing with some data from the Applied Climate Information System (ACIS), as I often do, when I came across it. In this case, I was looking at the maximum temperature by state in July 2019. It was a scorcher. From my count, 37 states saw maximum temperatures exceed the 100 degree mark in July, with the others for the most part falling just a degree or two short –– including a 94 degree max in Alaska:

This was in large part due to the mid-month heatwave, as we see monthly mean temperature anomalies actually ended up below average across the Northwest, High Plains, and South-Central United States:

I got great feedback. That 115°F in Colorado? It could be a state record for the maximum temperature!

Becky Bolinger delivered the news. She is a state climatologist who happened to see the tweet and realized there was something to it when I did not. Twitter can be powerful!

The 115-degree reading was tallied on the 20th in the database for John Martin Dam where it was taken. The site is a cooperative that passes a rigorous screening by NWS. They report the stats for the day prior at 12 UTC, so the temperature likely occurred on the 19th.

While there aren’t a ton of stations in the area, Lamar, about 20 miles to the east did see a high of 111 degrees on July 19, according to Bolinger. Below is a zoomed map on the region showing high temperatures recorded through July 31 this year.

The potential record came in the midst of a six-day stretch of 100s at John Martin Dam, and less than a week after the lowest temperature of the month there of 58 degrees (!). If confirmed, it would surpass 114 degrees in 1954 and 1933. One of those old record instances was in Las Animas, very close by to this year’s 115 degree reading.

It will likely take some time to find the final answer here, but keep an ear out.
“We have no reason to believe it is a bad reading,” wrote NWS Pueblo in the tweet thread on the topic. Given that they seem to think it’s a quality-controlled site, if the record is confirmed, it's the first state record on the warm side since South Carolina set a new maximum temperature record in 2012.

Ian Livingston is Information Lead for the Capital Weather Gang, and a co-founder of ustornadoes.com as well as a big fan of Colorado and data.