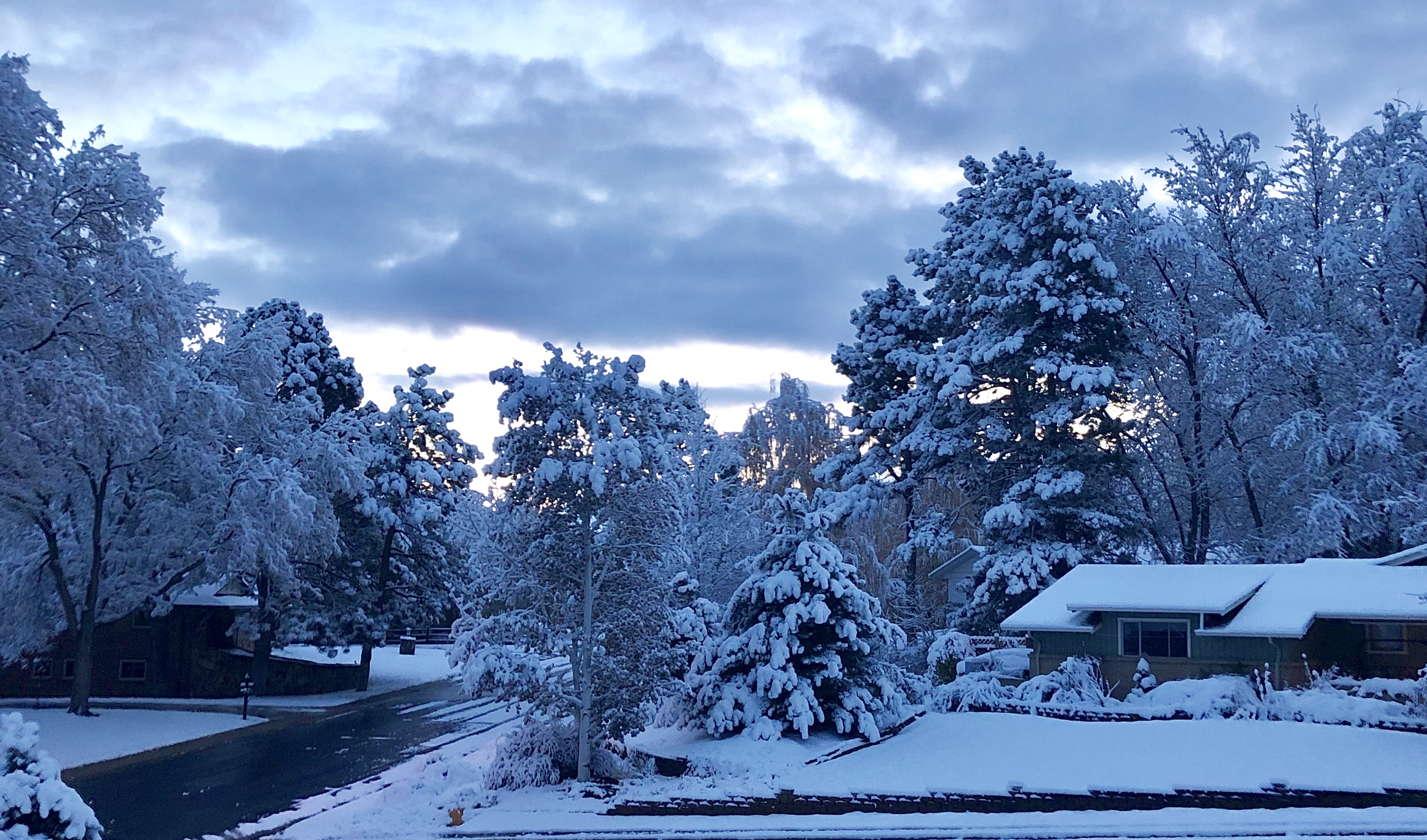 Given no snow is expected today, the month will close at 12.5 inches of snowfall for Denver which is 12th highest of all 'official' Denver Octobers.

That stat does compare several snowfall measurement sites, so let's see how it really compares. 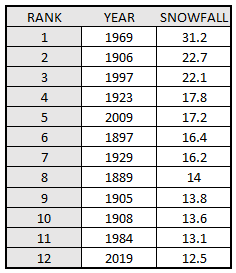 Since this monthly total was measured at DIA, let's compare this to DIA's period of record for October snow totals: 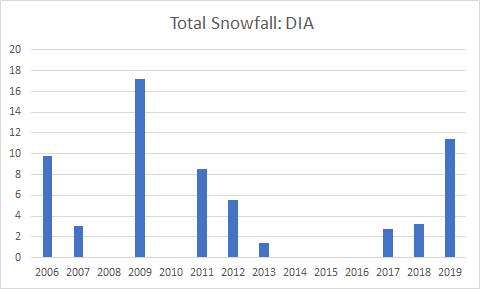 This year is 2nd to 2009 in DIA's short history of snowfall reports.

Let's now take that entire Denver history again, and just look at where Stapleton would be on the list if it was still the city's reporting site. It would have been 8th snowiest October in Denver's history: 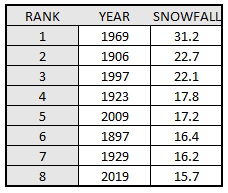 We shouldn't go back to look at just a Downtown location in an effort to compare this October to those for the city prior to 1948... the microclimate of Downtown is totally different, and those sites don't report snow anymore.

In the end, Denver has had very snowy Octobers, and this is one of them. Looking at a true site comparison, it is the 3rd snowiest for the city. Stapleton's October to be in 3rd place out of 72 Octobers is saying something!